With the announcement of the winners of the annual U.K.-based Underwater Photographer of the Year competition, it’s easy to see why this contest has been so popular for the last decade. With more than 5,000 entries from photographers in over 40 countries, the resulting images are unbelievably technical and dazzling at the same time. Here are the some of this year’s top champions: 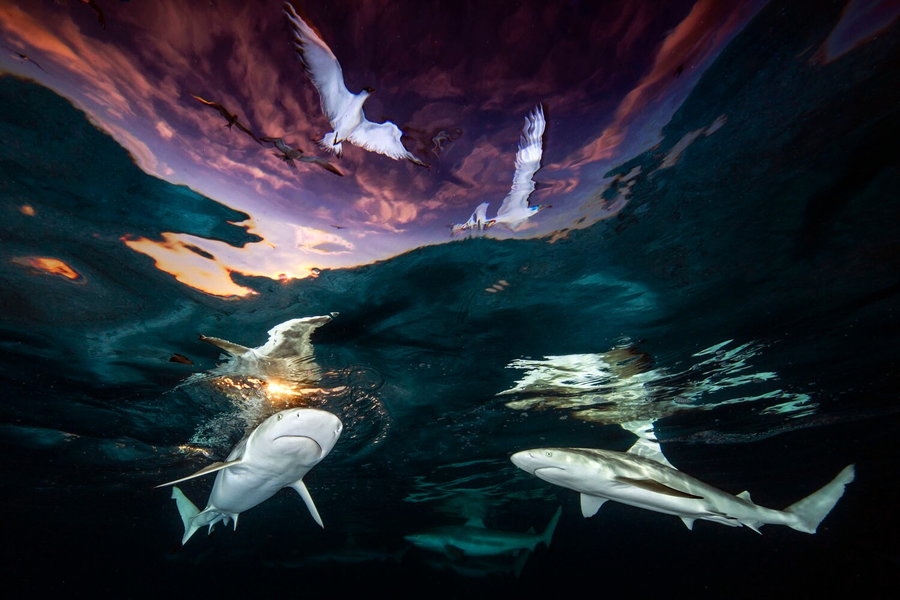 Capozzola captured this shot of blacktip reef sharks while in French Polynesia. An avid shark enthusiast, she’s particularly excited for the publicity her photo might bring to the need for their protection. “Since many shark species are threatened with extinction throughout the world, it is my hope that images of these beautiful animals will help promote their conservation,” she said on the UPY website.

This prize was an easy call for the judges this year. “The first time I set eyes on this image I was nothing short of mesmerized. It’s the palette of colors which first attracted me…mind-blowing underwater imagery at it’s very best,” comments judge Martin Edge. 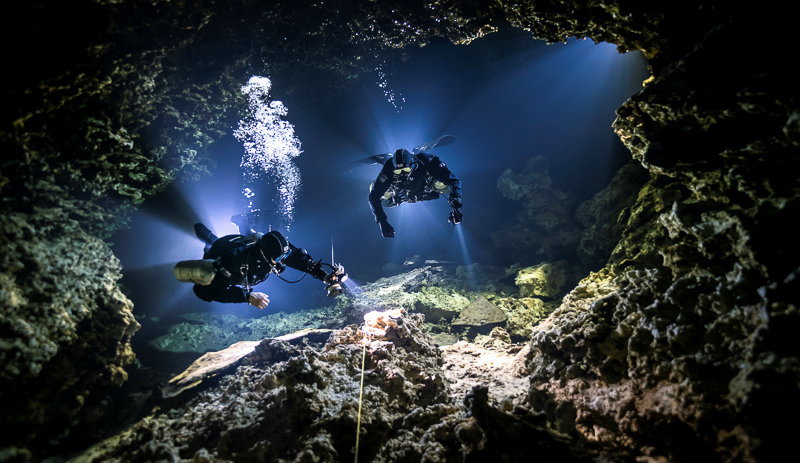 After her careful plan to take this shot of cave training failed, Bennett had to quickly improvise before their gas reserves were depleted. She pressed the shutter just as her lighting assistants created the beautiful halo effects.

Judge Peter Rowlands explains why Bennett’s work earned the runner-up prize as such: “This strong image brought two words to mind – confidence and talent. Confident enough to pull off such an ambitious image, and talented [enough] to visualize such good composition and control complicated lighting.”

British Underwater Photographer of the Year 2021, My Backyard Winner: “While You Sleep” – Mark Kirkland (UK) 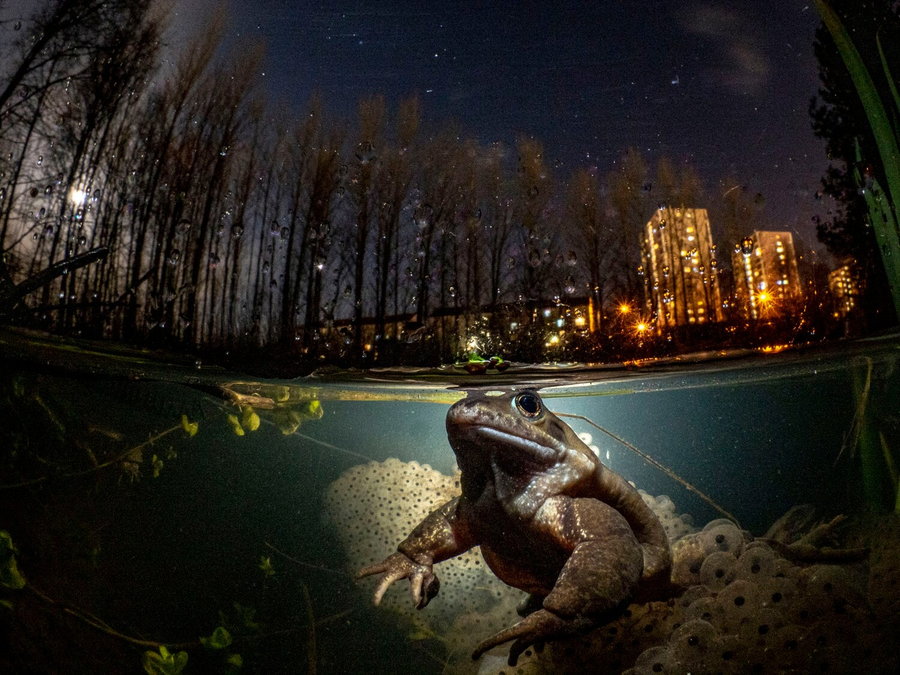 Shot in an area near Kirkland’s home in Glasgow, Scotland, the photographer used a combination of long-exposure, backlighting, close-focus wide angle, split photography, and a whole lot of patience to pull off this shot. “This final shot is a culmination 25 hours over 4 nights of lying in darkness, covered in mud, waiting on nature’s unpredictable elements to align. Time well spent? Absolutely,” he says.

And the judges agree. “I honestly think that the appearance of this image will go down in the history of underwater photography as a defining moment. Perfect yet flawed, natural in urban. I think it is a masterpiece,” gushes Rowlands. 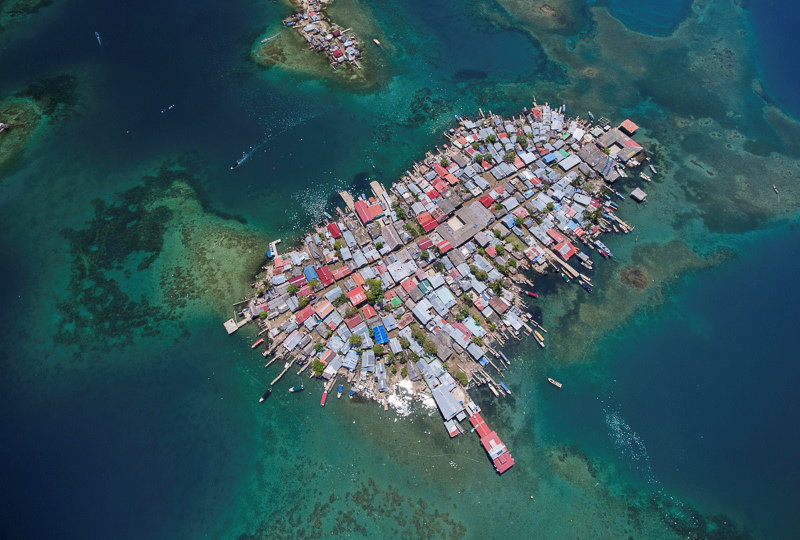 Karim Iliya was in this region of Panama to photograph the art of making Mola, the traditional clothing worn by the inhabitants of this island. While waiting for a ferry, he sent up his drone and took this shocking aerial scene. “The importance of humanity’s relationship with nature and the need to protect it becomes very apparent when you look at our species from a bird’s-eye perspective and see how much space we take up.”

Underwater Photographer of the Year 2021, Behavior: “A striped marlin in a high-speed hunt in Mexico” – Karim Iliya (USA) 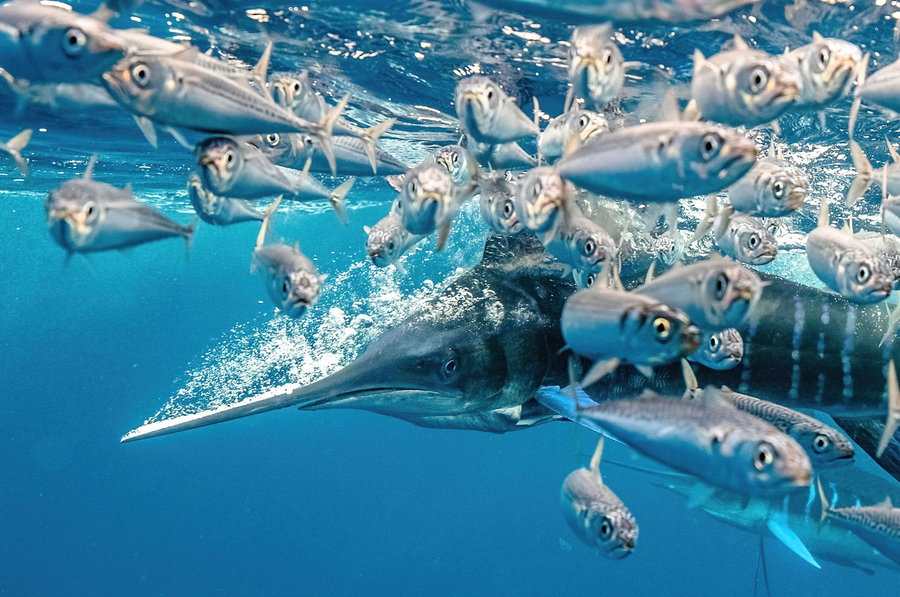 For his second prize-winning entry, Iliya captured this terrifying scene of small fish fleeing a striped marlin. “I went to Mexico to document these feeding frenzies but was not expecting such a fast-paced hunt, almost too fast for my brain to process,” he says, adding that “for a brief moment, this scene unfolded before me and I had to rely on all my instincts and practice underwater to take this photo.” 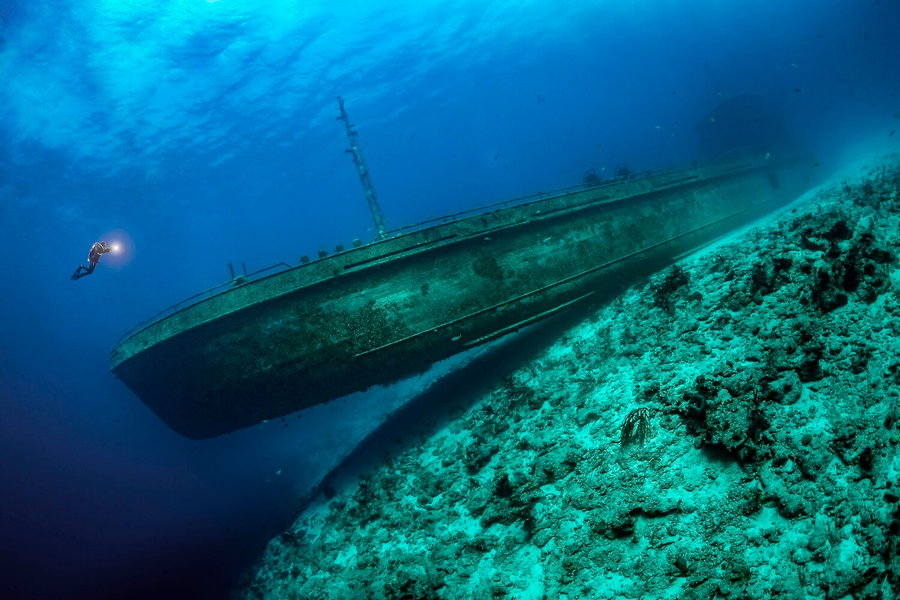 After scrapping shoots in Tiger Beach and Bimini due to bad weather, Tobias Friedrich and his team tried a spot near Nassau in the Bahamas. They were surprised to find a totally new and precariously-perched shipwreck.

Judge Rowlands comments: “Images leap out for several reasons; David and Goliath scale, magnitude, and unambiguity to name three, and this image has all of those and more. If you want to know the secret formula for a classic wreck shot, look no further.”

These are just a few of the show-stopping 2021 victors and runners-up from this year’s contest. The rest of the awards and finalists can be viewed on the UPY Winners webpage.

Here are a few more breathtaking images for the road: 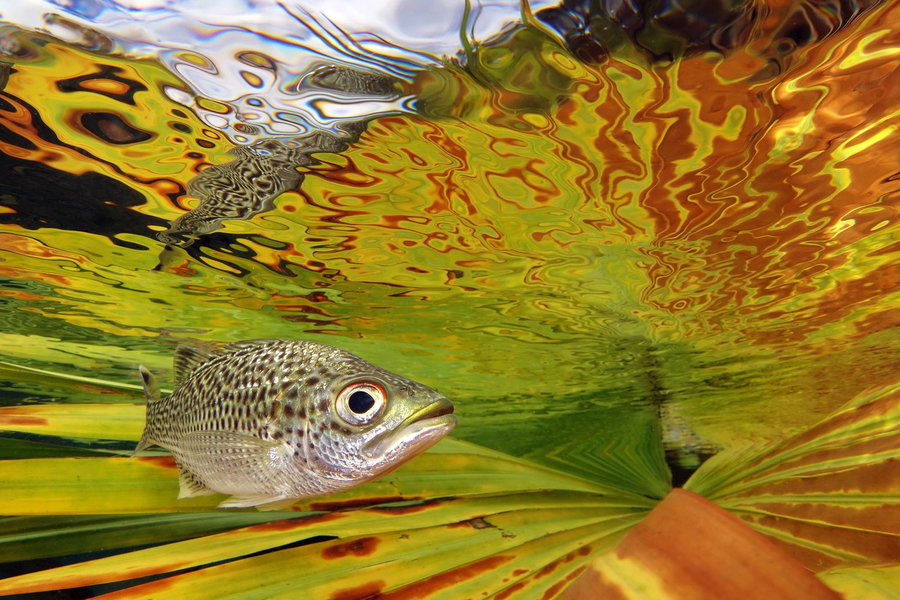 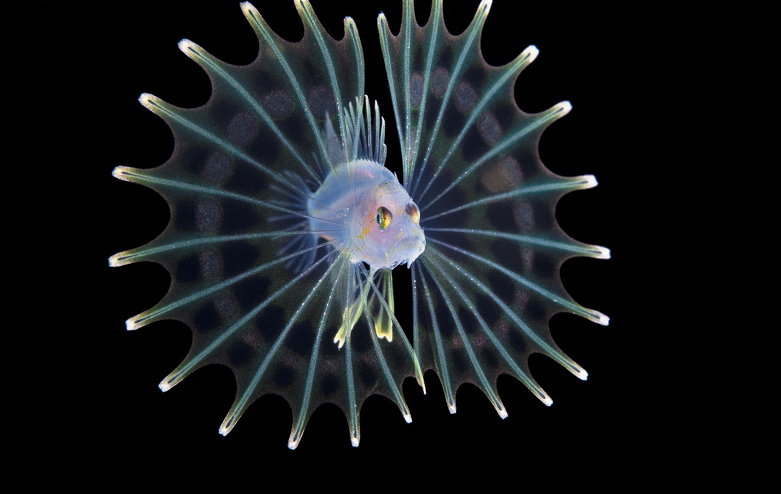 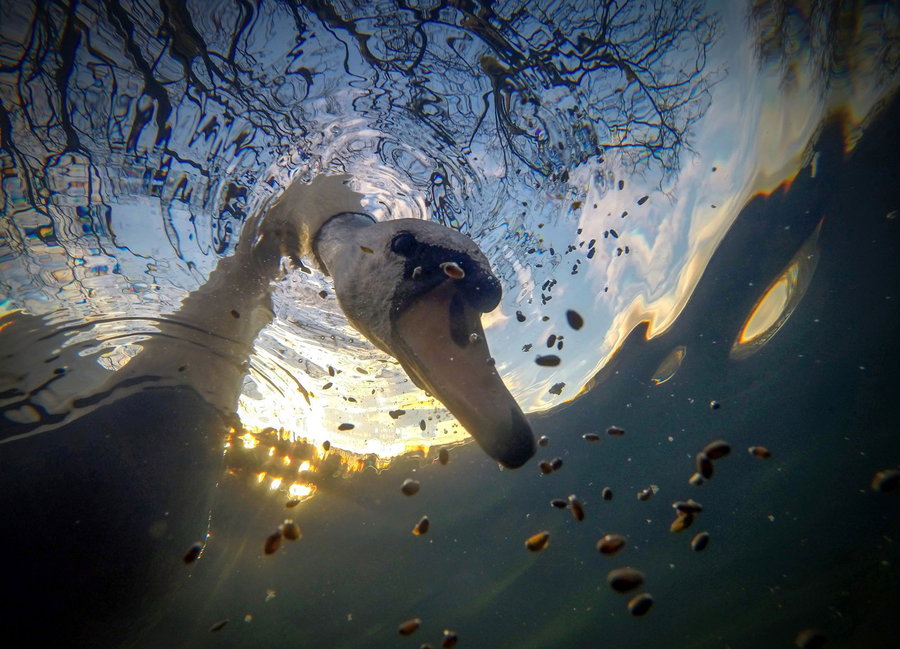