With decor trends finally moving away from the minimalist aesthetic that’s dominated interiors for the past several years, more and more people seem to be gravitating towards a more maximalist vibe for their homes. Often dripping in nostalgia, this has shown up a lot recently in the form of several popular “core” trends — think cluttercore and cottagecore, and throw in a dash of grandmillennialism for good measure. 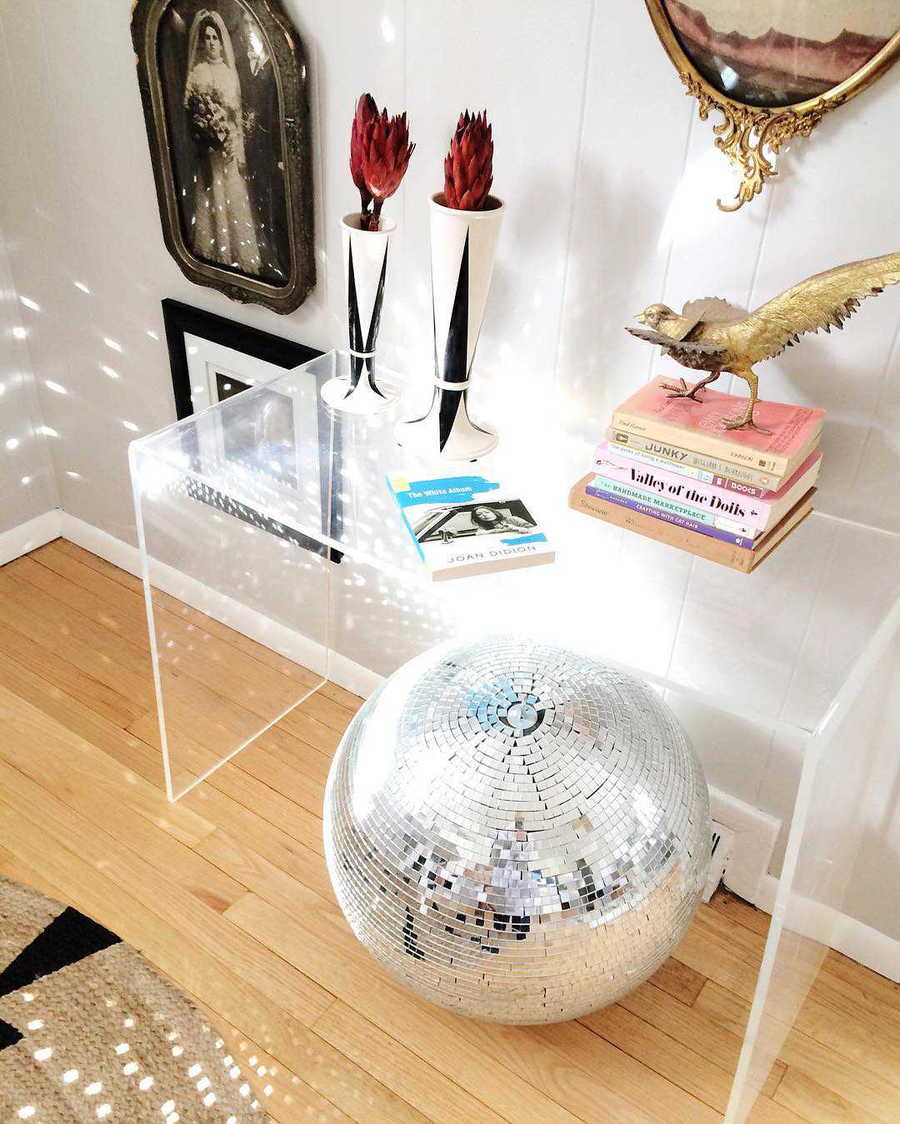 Perhaps it’s the freedom to express oneself without worrying about the strict (and often unrealistic) constraints of minimalism, or maybe it’s a yearning for a past that, from our current world view, seems far away and less complicated. It could even just be a way to embrace the fun, happiness, and hope to be gained from having a home that’s comfortable and trendy. 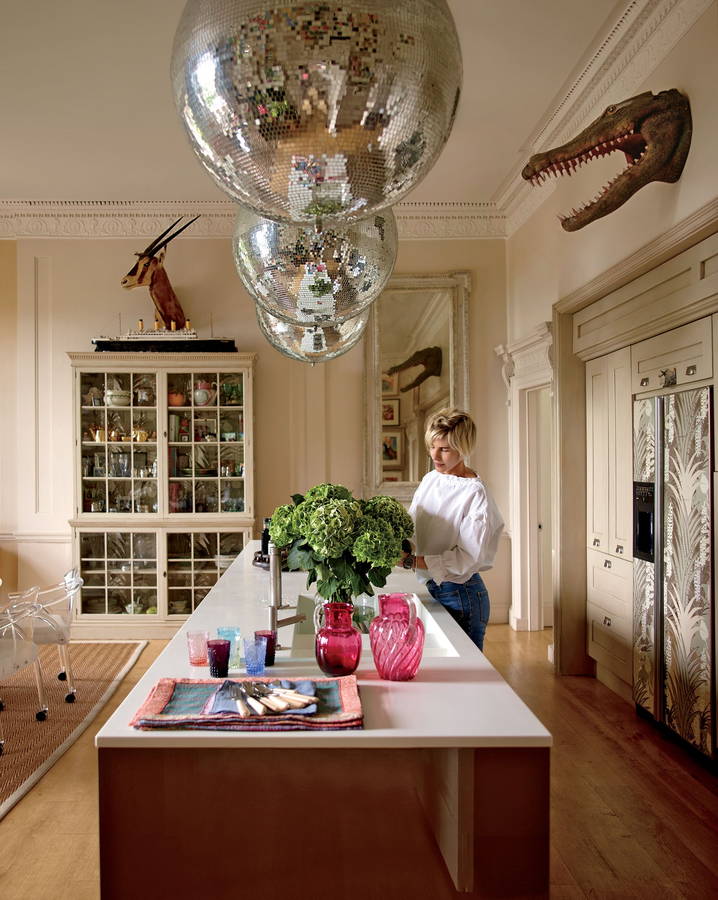 Whatever the reason, people everywhere are embracing these trends in droves, whether it’s through full-blown home makeovers or the simple addition of a few on-trend accent pieces. And no accent piece is hotter right now than the iconic disco ball. 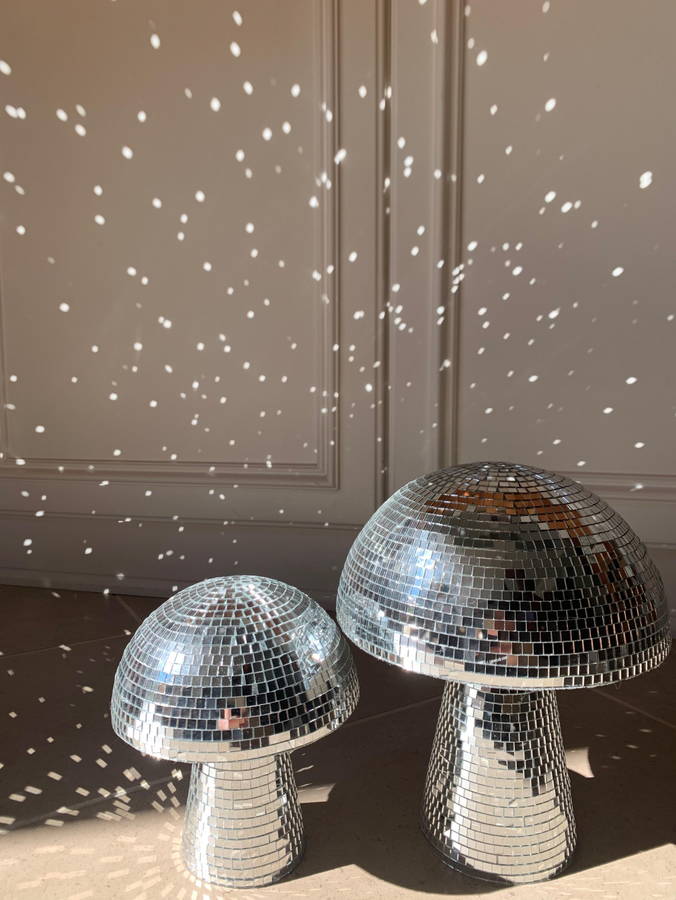 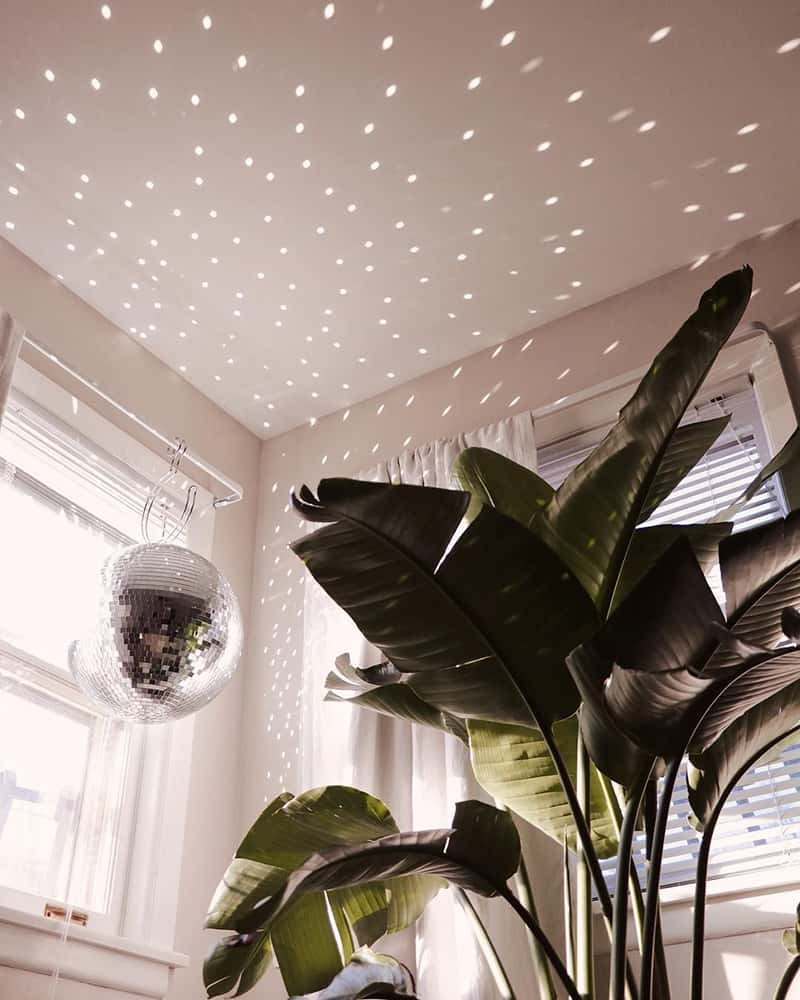 You heard that right. Emblematic of the 1970s, these sparkling panoplies of light that cast their dream rays on bell-bottomed dancers as they Funkytown-ed their way to Donna Summer are now the new favorite of online trendsetters. To sum it up: “Everyone thinks disco balls are good vibes.”

And this statement from Lina Shannon, creator of the original Disco Mirror and a 2021 Etsy Design Awards Finalist, couldn’t be truer, as tastemakers everywhere are adopting (and adapting) the brilliant ball into their own homes. But instead of the automated, spinning, and often more high-tech versions found in nightclubs, interior design mavens tend to be relying solely on the disco ball’s innately sparkling exterior to speak for itself, often through natural light shows that cast pinpoints of light over everything they touch. 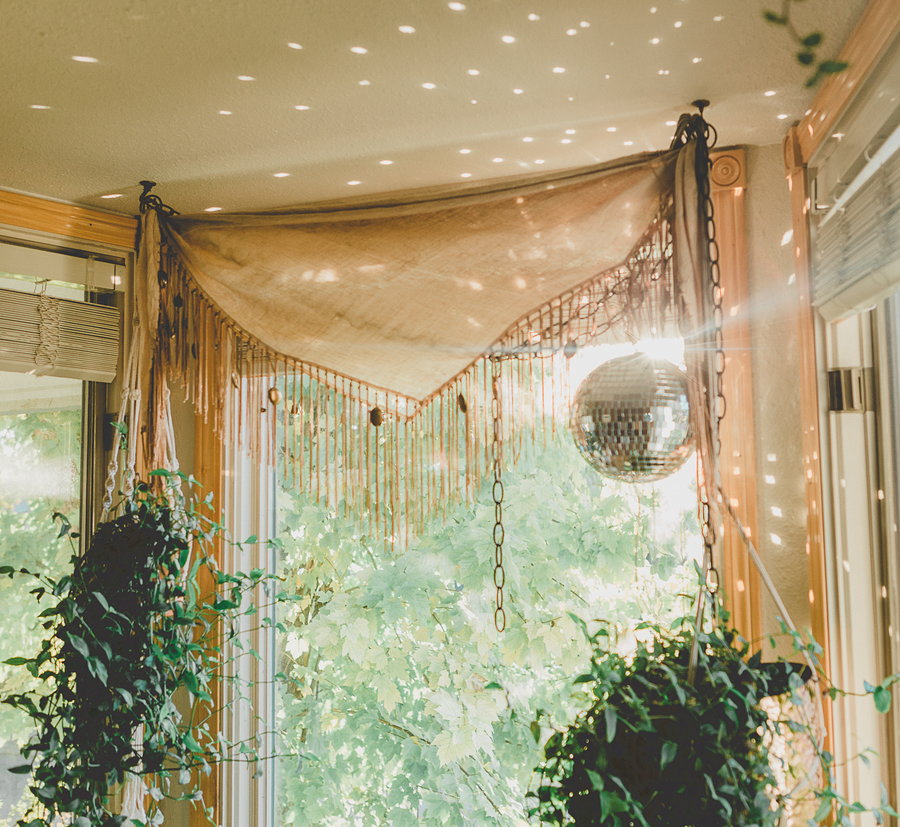 The effect is magical, marvelous, and like something out of a tripped-out dream sequence. But instead of overwhelming the senses, it captivates them completely — akin to having your own fleet of fireflies at your fingertips.

Some say the recent resurgence in disco ball fandom is not a desire to recapture the past, but, as Studio Rotganzen’s Erik Schilp explains, “a playful representation of past glory…[and] a very visual metaphor of times gone by and the loss of imagined innocence.” Coming from Rotganzen, this assessment carries extra weight, as many attribute the shimmering spheres’ comeback to the studio’s 2021 collaboration with designer Kelly Wearstler. But social media (as always) has also propelled its popularity, with people everywhere contributing their own unique takes on the ubiquitous orb. 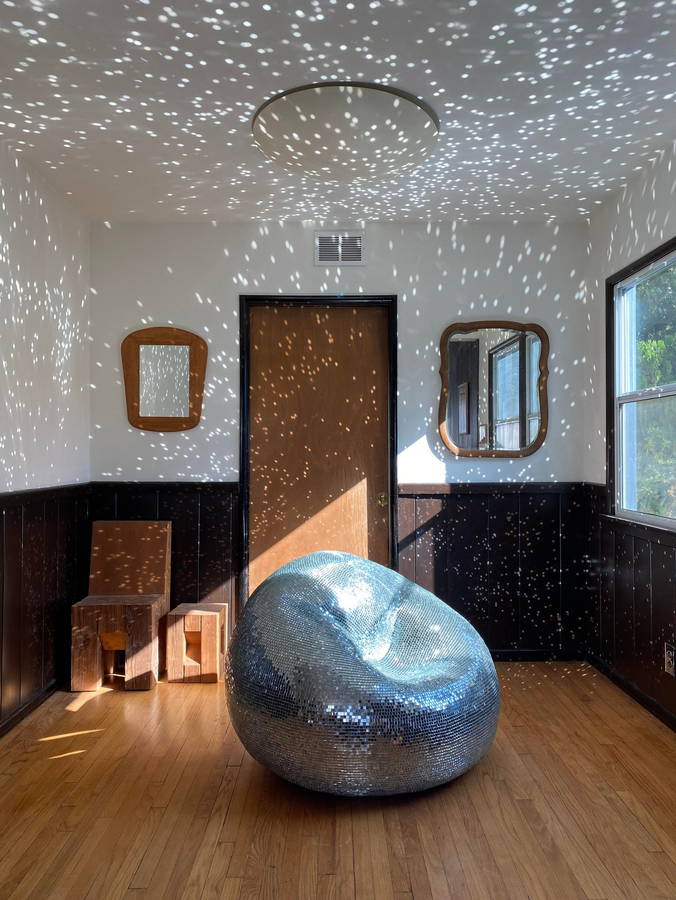 Once a centerpiece of only public spaces, the mirrored magic of the disco ball is now making its way into homes everywhere, recreating the good vibes of a bygone era in a troubling present that needs all the positivity and, well, sparkle, it can get — and that’s a beat we can all dance to.