Every March, designers from various countries meet in the northernmost capital in the world (Reykjavik, Iceland) for DesignMarch, a multi-day festival that celebrates architecture, fashion, furniture, and graphic design and hosts over 100 events. The festival, which is organized by the Iceland Design Centre, has mingled local and international designers for ten years now, allowing them to explore green homes, examine the quality of different textiles, collaborate on small projects, and take part in passionate discussions on all things design. For the past two years, DesignMarch has also listed “Design Diplomacy” in its program. 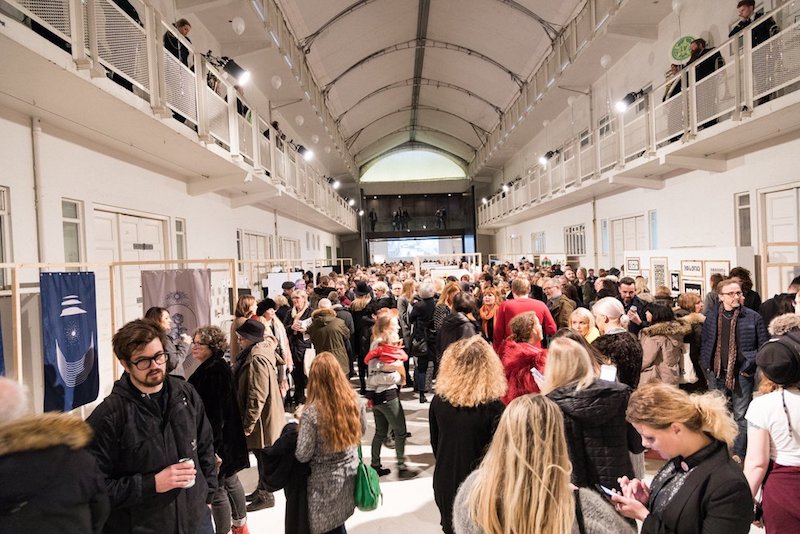 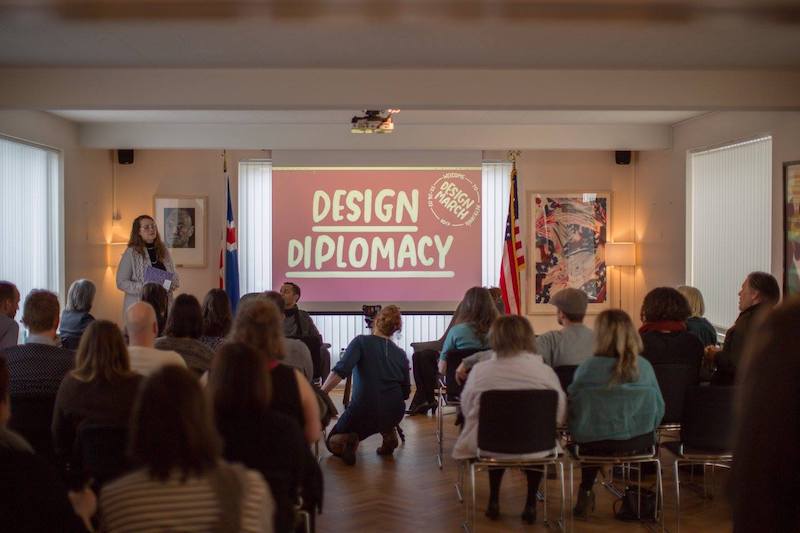 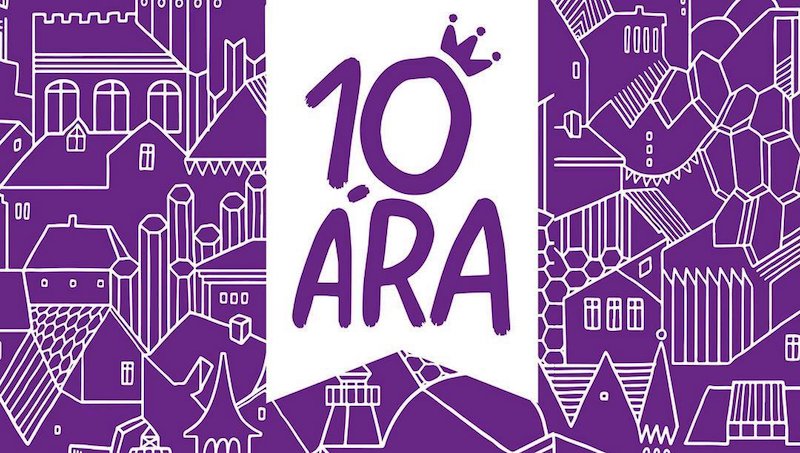 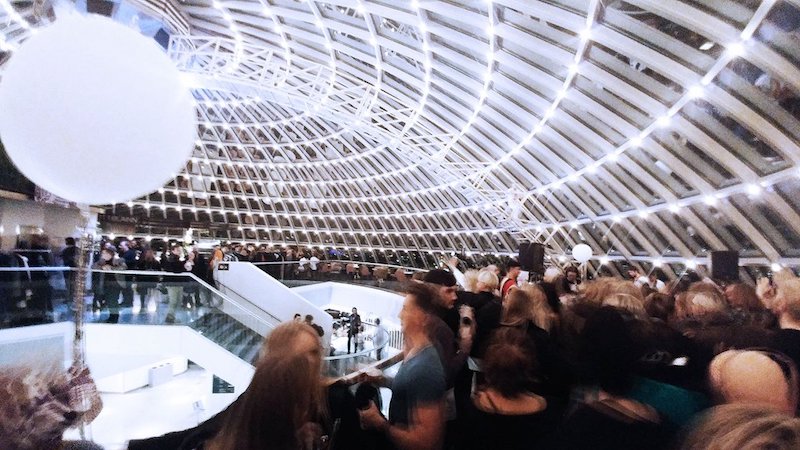 A concept inspired by Helsinki Design Week, Design Diplomacy is a discussion-based event set in a political forum. That forum is a foreign ambassador’s residence, where the general public is invited to listen to both an Icelandic designer and a designer from the ambassador’s home country discuss topics chosen at random from a deck of cards. What makes it more interesting than the average moderated panel discussion is the fact that these unexpected questions give rise to unscripted answers. Wits, attitudes, theories, and personalities clash in full view of an audience that cannot even begin to predict the next moment.

“Design Diplomacy seemed to fit well with our festival’s vibe,” says Anna Koziol, a Project Manager at DesignMarch. “There’s no VIP invitations and red carpets.” The organizers of Design Diplomacy, and of the festival as whole, endeavor to bring people into spaces that are not typically open to the public, and the residence of an ambassador is definitely a place that fits into that category. 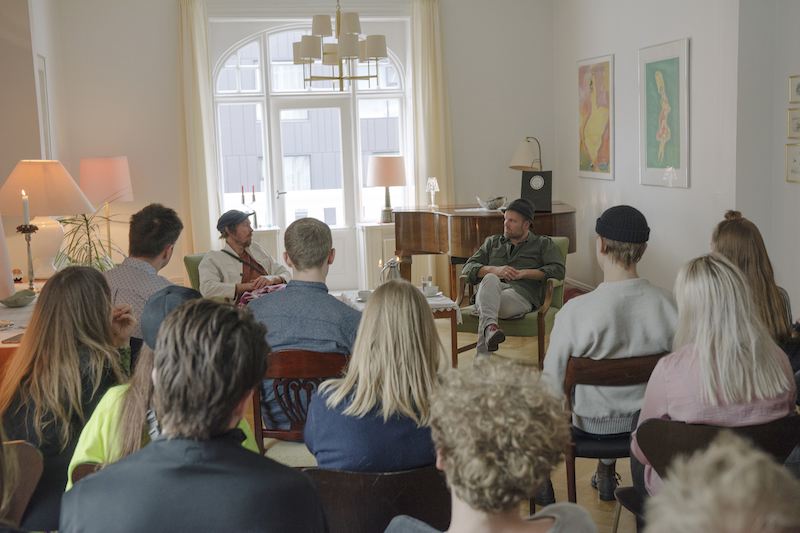 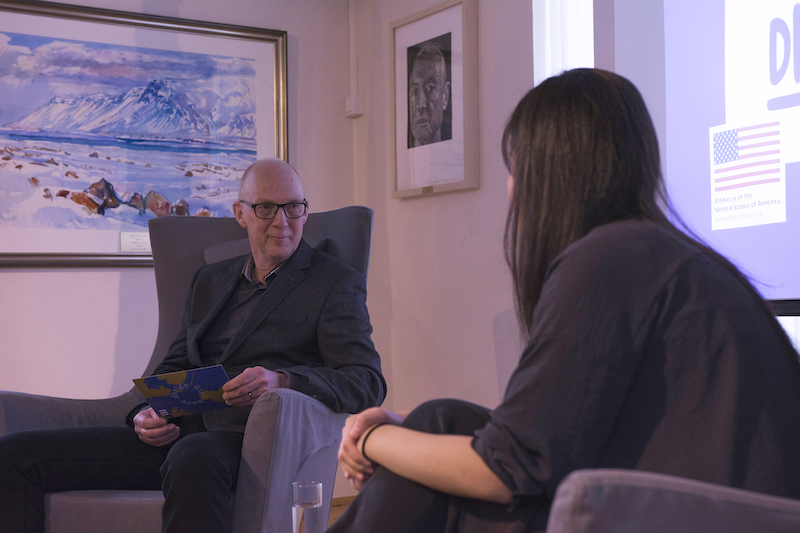 The process of organizing these events does require some diplomatic preparation in the sense that the appropriate designers must be chosen for the discussion. Although the results may be unexpected in terms of the reaction elicited, the planning is purposeful. “Sometimes the choice is supported by international programs that the (hosting) country in question is a part of in a given year,” says Koziol. “This year, the US Embassy invited Leena Cho from Arctic Design Group as a part of their Arctic research program.” Guests can either be emerging creatives or established professionals, because any two people are likely to at least have a few commonalities regardless of their professions. “In most cases, the designers only get to meet each other at the event,” explains Koziol, “yet, of course it has happened that some of them would have already met at some other, professional or not, occasion before.”

Every participant of Design Diplomacy (the ambassador, the two designers, and the public) receives a kind of qualitative benefit. The designers get to share their experiences, habits, business advice, and ways of thinking. Sometimes, two designers might even informally plan to work with each other during the event. At a minimum, the foreign designers get to engage with the local ones, who serve as ambassadors to various design disciplines in Iceland. The audience gets to watch the dialogue inside a space that is publicly inaccessible — something that brings a certain novelty and candor to the conversation in and of itself.

If everybody else learns from the experience of Design Diplomacy, then what’s in it for the ambassador whose residence is the scene of the talks? “Design Diplomacy is a soft-diplomacy force of a kind,” Koziol explains. “Each Ambassador/Embassy gets a chance to shed some light on their country’s culture to both the local scene and foreign guests of the festival. Embassies get a chance to reinforce their importance in cultural exchange, as opposed the perception of being very formal visa-issuing institutions, [an idea] that seems to be very prevalent among the general public.” 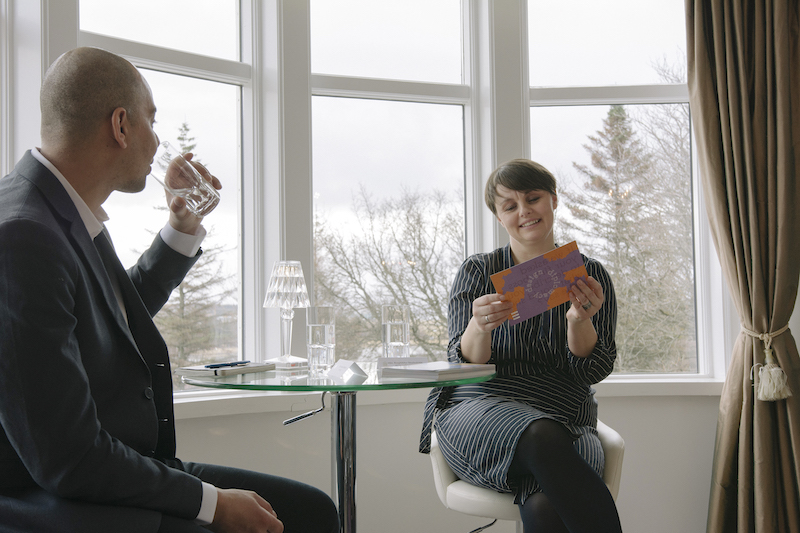 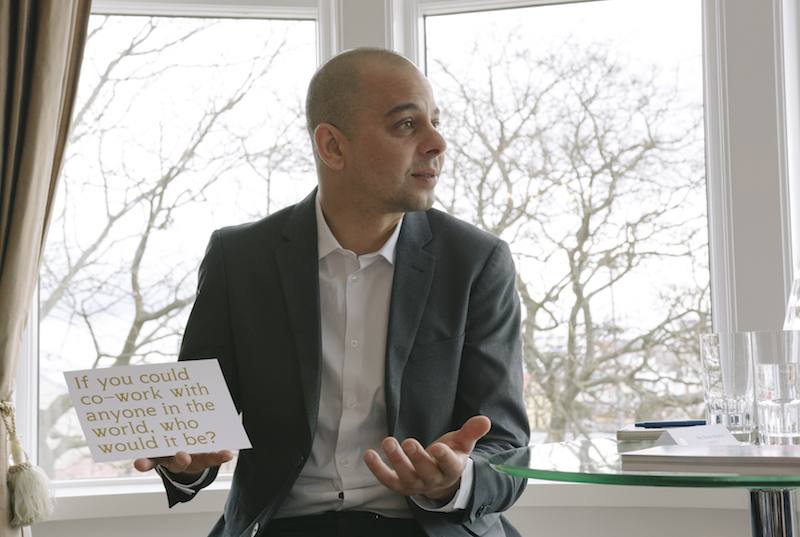 It’s especially nice to see architects and designers coming together for amicable discourse because it has not always been the case in the past. Previously, architecture was a profession at war within itself, with philosophical and stylistic differences dividing professionals into several different camps. Some cynics would say that it is still a profession at war within itself, but not like it was in the past. Now, there are bigger issues to tackle than choosing between sparse ornamentation or none at all. Global issues like climate change, rapid urbanization, human health, terrorism, political unrest, and refugee crises make the battles of the past look petty in hindsight.

Diplomacy has a way of bringing realities into focus and turning differences into advantages that everyone can learn from.