There’s something especially striking about oversized art installations juxtaposed against majestic natural scenery. Site-responsive exhibition Desert X previously worked its magic in the Coachella Desert in 2018 and 2019, and this year, it’s bringing 14 interactive works of art to a historic Saudi Arabian trade route. Working in collaboration with the Royal Commission of AlUla and co-curated by Saudi contributors Raneem Farsi and Aya Alireza, the exhibition aims to create a cross-cultural dialogue between artists from the region and artists from the previous iterations of Desert X in California. 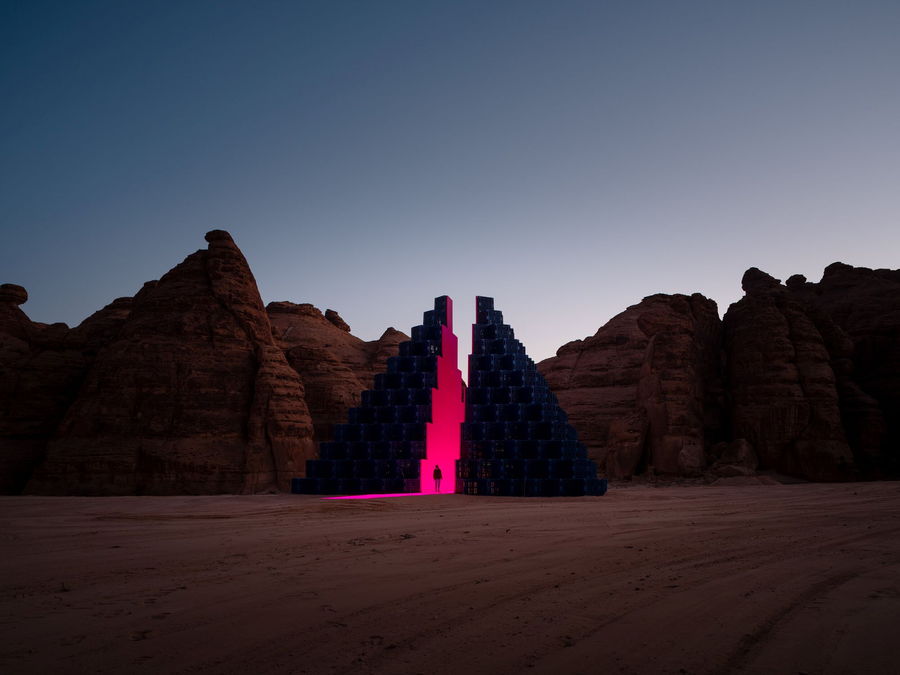 Located in northwestern Saudi Arabia, AlUla is both the country’s first UNESCO-protected location and the largest preserved site south of Jordan for the Nabataean civilization. It’s full of palm groves and elaborate facades and tombs carved into sandstone cliffs. Over the last few years, the Kingdom of Saudi Arabia has been transforming it into a “living museum” representing a crossroads of ancient civilizations. Desert X AlUla will be the site’s first major contemporary art installation, with each piece engaging with its surroundings in a way that’s truly unique.

Standout works include Lita Alburquerque’s “NAJMA (She Placed One Thousand Suns Over the Transparent Overlays of Space),” a star map recounting the story of a female astronaut who visits Earth to spread knowledge of astronomy and navigation. 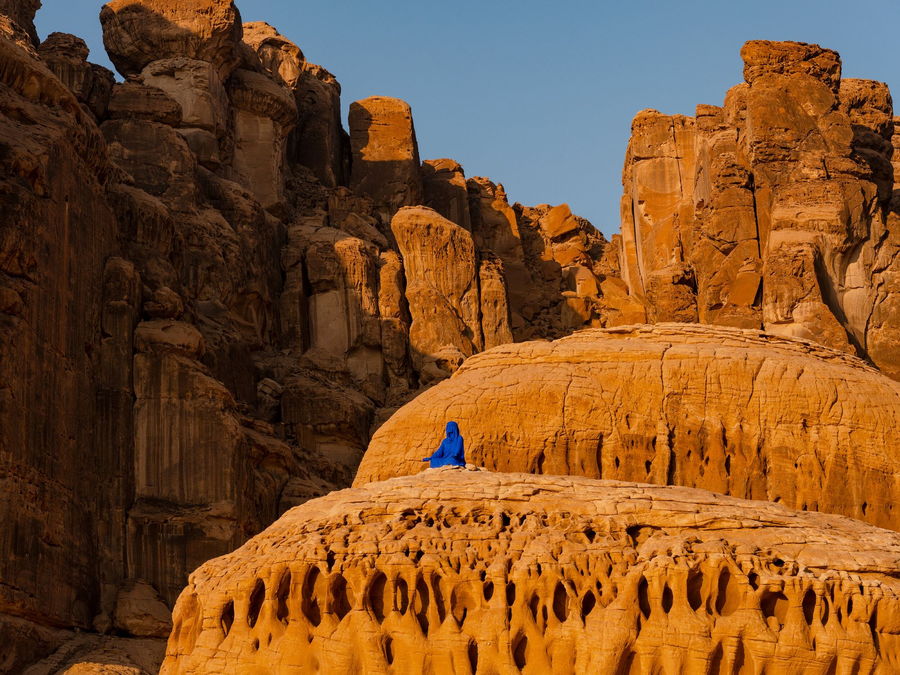 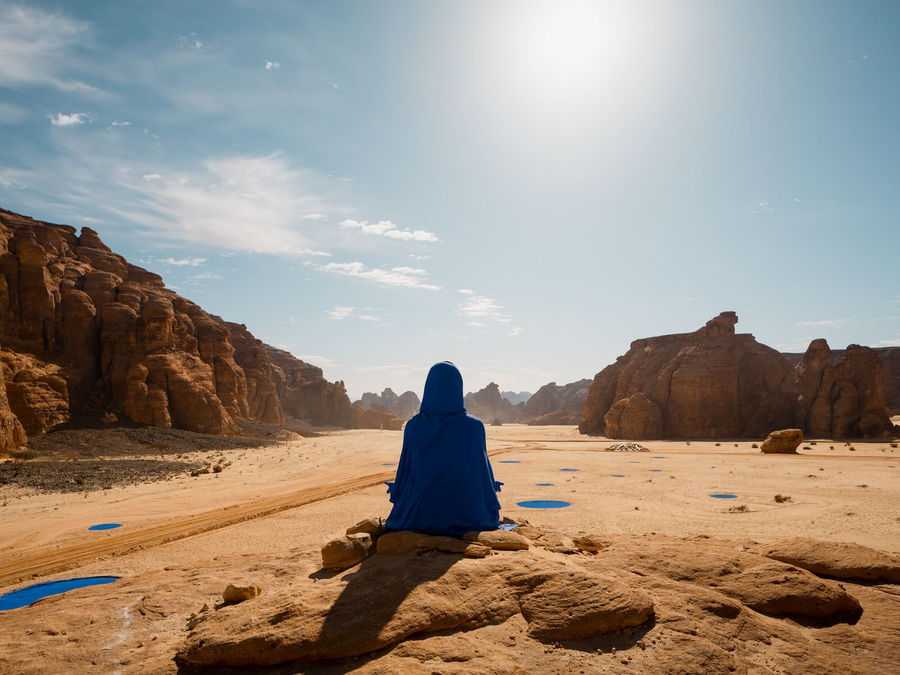 The installation’s official website explains: “Albuquerque had the idea of Elyseria many years ago and has told the story in a series of vignettes — massive installations of the figure set in distinctive locales across the world. Each place becomes a stage set where the narrative of light, the stars, and collective knowledge is explored and evolved into a character myth. She creates Elyseria in striking ultramarine blue pigment that is reminiscent of the expanse of the cosmos, embodying the mythic figure as a way of welcoming her wisdom and her story.” 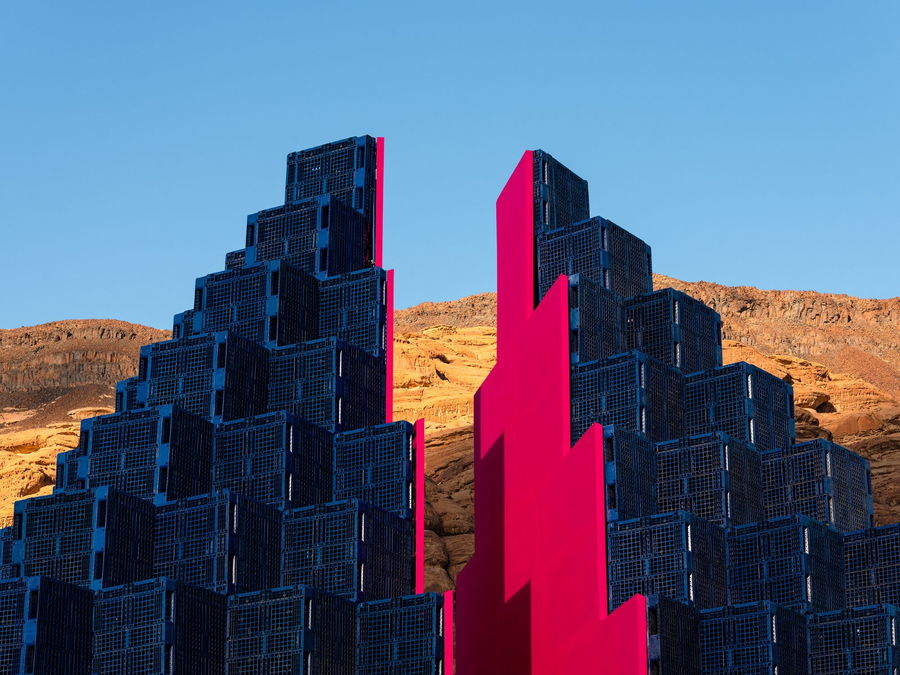 Among the most dramatic installations is “A Concise Passage” by Rashed Al Shashai, in which a pyramid made of plastic pallets references both the site’s ancient history providing shelter and respite to travelers in trading caravans and modern-day commerce. The website notes that: “Here, it stands in for AlUla’s history as a major stop along the Incense Trade Route, a center where goods from various corners of the Earth once exchanged hands. In AlUla, Al Shashai brings these two ideas together, constructing a pyramid from plastic pallets. The pyramid’s shape itself points to AlUla’s importance, not just as a cradle of civilization of old, but more importantly, to its reawakening; AlUla has embraced a new role as a center for the exchange of ideas rather than goods, and a generator of meaning and understanding rather than commerce. It has a renewed pride of place as a cultural hub for the region. The blue pallets and colored passage stand out in contrast to the calm tones of the landscape. It becomes a cheerful and emphatic contemporary monument; a beacon of knowledge, it is a metaphor for AlUla itself.” 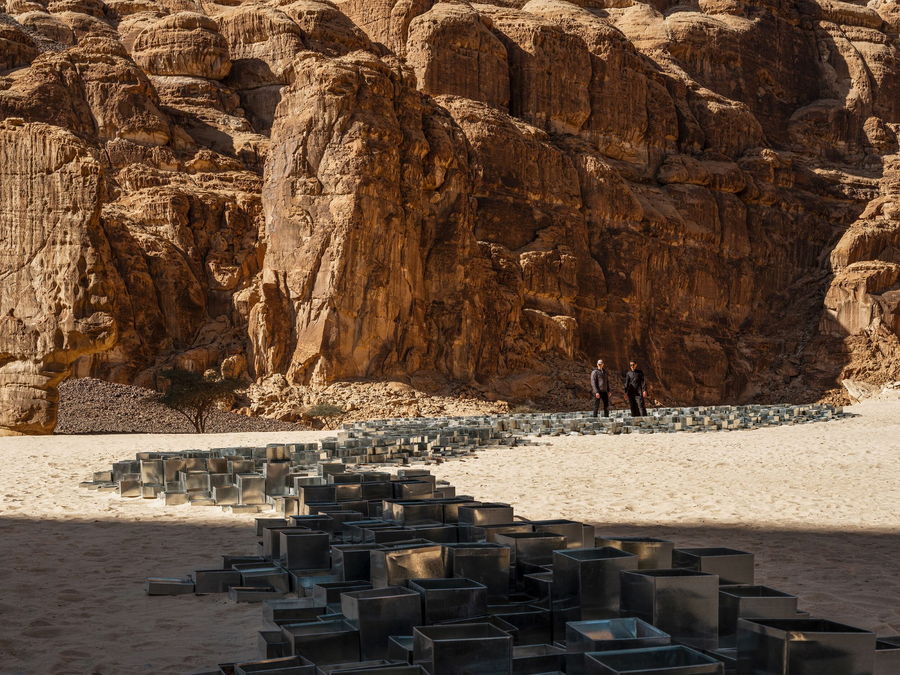 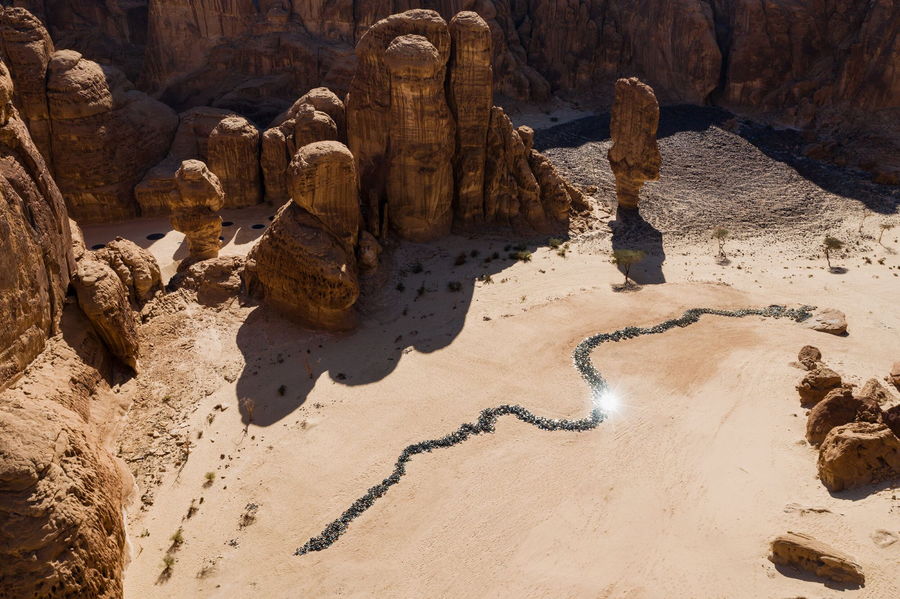 For “Glimpses of the Past,” Zahra Al Ghamdi laid out approximately 6,000 tin date containers of various sizes across the sand as an “ode to AlUla’s agricultural wealth, its plentiful palm tree groves that have fueled the area’s trade for generations, and the springs of water that have sustained them.” 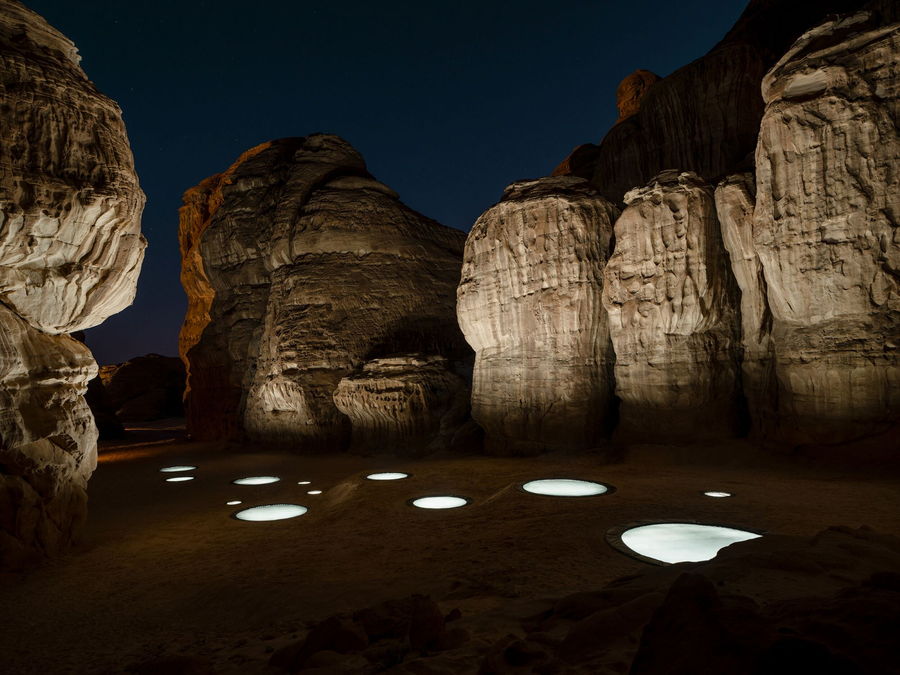 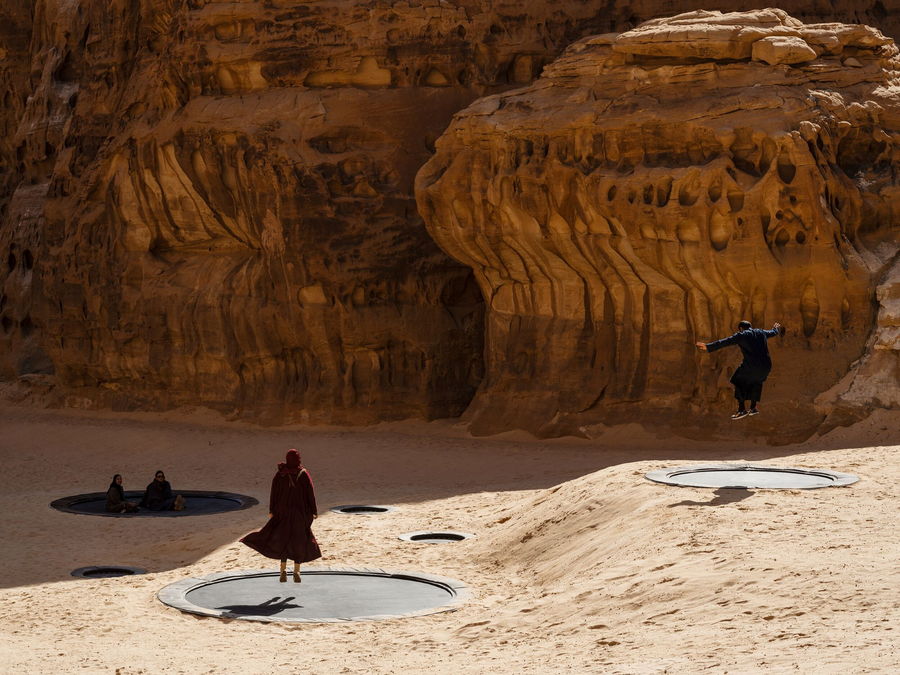 Visitors will also get a kick out of Manal Al Dwayan’s “Now You See Me, Now You Don’t,” a series of trampolines set into the desert that glow after dark. This installation mimics the look of a mirage. Its puddle-like components “do not belong in this landscape, and yet they appear paused [and] contained, existing in the crevices of the AlUla rocks.”

Check out all 14 installations online at the Desert X AlUla website. If you’re able to visit Saudi Arabia to see it in person, you better act fast. It’s running now through March 7th.