When you look at this house, you may wonder if its unusual, angular roof “wings” might pivot open and release a flight of helicopters or a horde of jetpack-wearing evil villains heading to the Big City to wreak havoc. In fact, this home is a desert retreat set on 10 open acres in Joshua Tree, California. The San Bernardino County site sits at an altitude of 2,736 feet, and the sprawling mountains around it are dotted with huge rocks and spiked with colorful cacti. 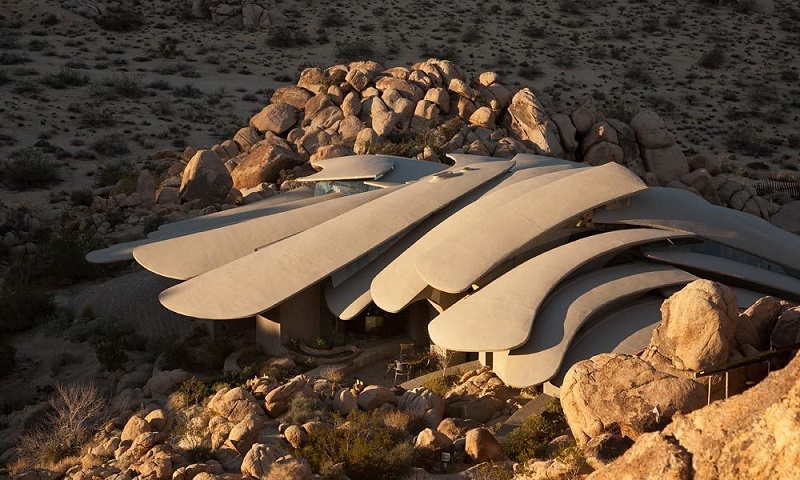 Architect Kendrick Bangs Kellogg is known for incorporating nature into his work, and Joshua Tree proved to be a perfect canvas for him. He used the large boulders around the home to augment its design, and the color of the roof blends in with its background. Talk about a home that stands out without standing out!

Kellogg started designing the “High Desert House” in 1988, finishing the labor of love five years later in 1993. “It is physically of the desert, a part of its surroundings,” says TTK Represents, the real estate company that last sold the home. “The strength of the hard and rugged protective shell exterior is drawn from the desert.” 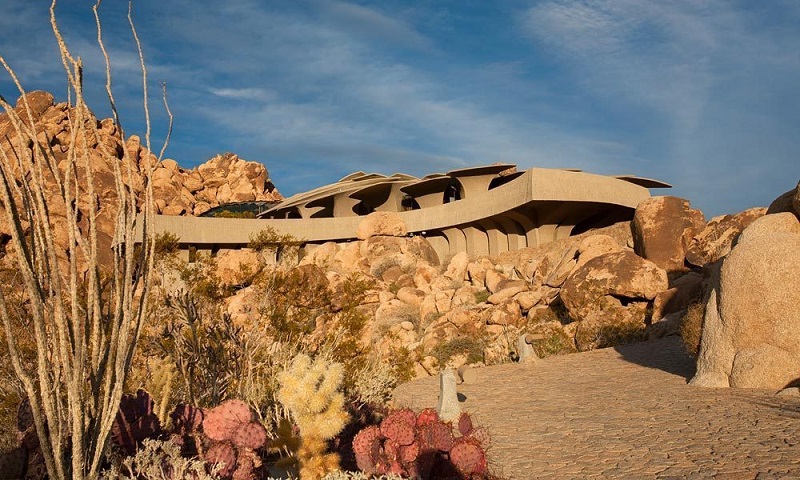 Contrast that almost harsh exterior with interior designer John Vugrin’s comfortable style inside the house: “The interior is a warm, intimate space of flowing, organic shapes wrapping gently around its inhabitants,” TTK notes. “Light enters through continuous openings that separate the towering concrete panels. The textures provide the touch and feel of the desert, as details were meticulously selected from the desert.”

While the photos of the house make it look modest from the outside, it is in fact a spacious 4,643-square-foot building, complete with three bedrooms and three-and-a-half bathrooms. 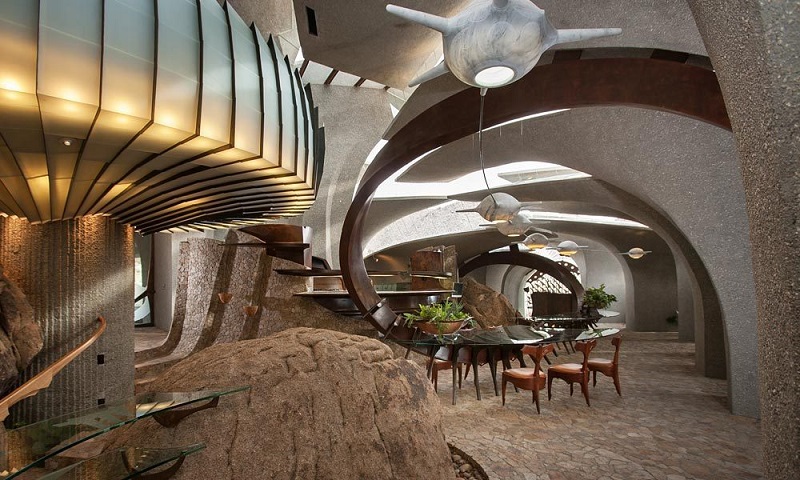 “The property highlights the masculine and feminine forms that are the hallmark of organic architecture,” TTK says, and “organic” is undoubtedly the main component in all of Kellogg’s work.

“If it is not a love affair with Mother Earth, it is not Architecture,” Kellogg says on his introduction page for the Organic Architecture Charitable Foundation. “There should be as many original styles of Architecture as there are individuals.” 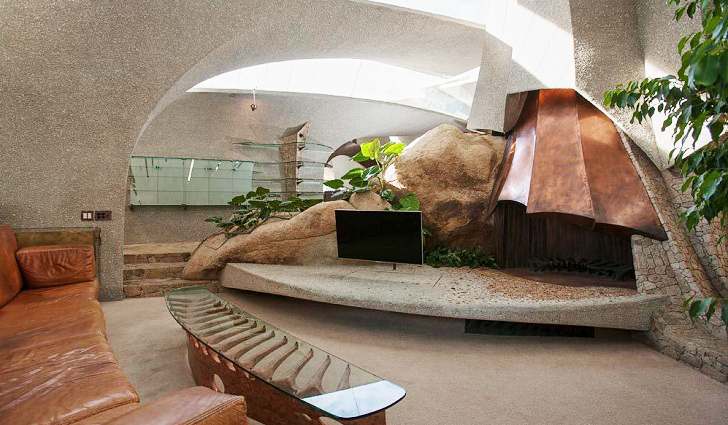 Kellogg is known as an innovator in the field of organic architecture, having built a variety of distinctive public buildings and private homes in both the U.S. and abroad. He is the creative mind behind the famous stone and glass chapel in Karuizawa, Japan, which is an overwhelmingly popular destination for couples looking to get married. He also designed the “Onion House” in Kona, Hawaii, and the “Lotus House” (or “Yen Residence”) in La Jolla, California. 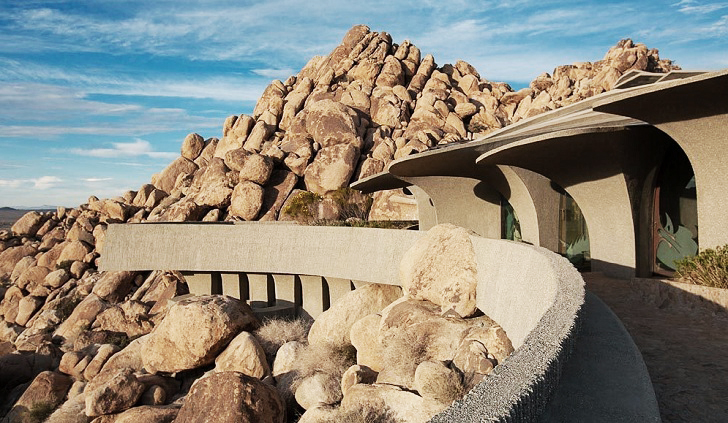 Whichever Kellogg design you behold, there’s no question that you’ll always remember it. Need proof? Here’s a review written by someone who visited the High Desert House:

“Having seen this in person, I can attest to the utter breathtaking monument of organic design sprouting in a natural fashion reminiscent of a mushroom cluster,” reports Bruce Smith on Kellogg’s Facebook page. “Superlative after superlative can be stacked in a similar fashion as the boulders from which this incredible aesthetic massive dwelling seemingly grew into a life of its own.”