Seems just like yesterday that Allen wrenches became the go-to tool for furniture assembly, but it’s actually been 75 years since IKEA changed the way people furnished their homes. Happily getting lost in the stores’ mazes of everything from office furniture, kitchen cabinets, and baby room baubles to serving spoons, extension cords, and Swedish meatballs, IKEA’s been iconic from day one. 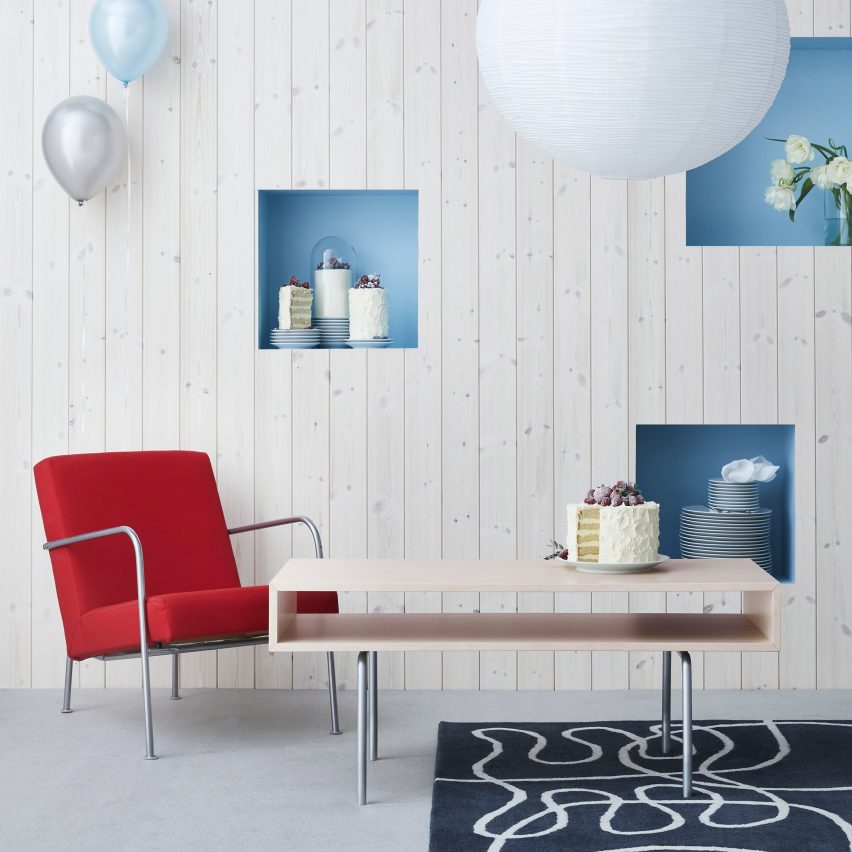 Long before IKEA sold meatballs and Swedish fish, the store’s then 17-year-old founder Ingvar Kamprad sold various sundries through the mail for five years before finally adding furniture to his inventory. Kamprad opened his first retail store in Almhult, Smaland, Sweden in 1958. The first American IKEA opened in 1985 in a Philadelphia suburb, appearing only after 17 other countries had already welcomed the Swedish giant. 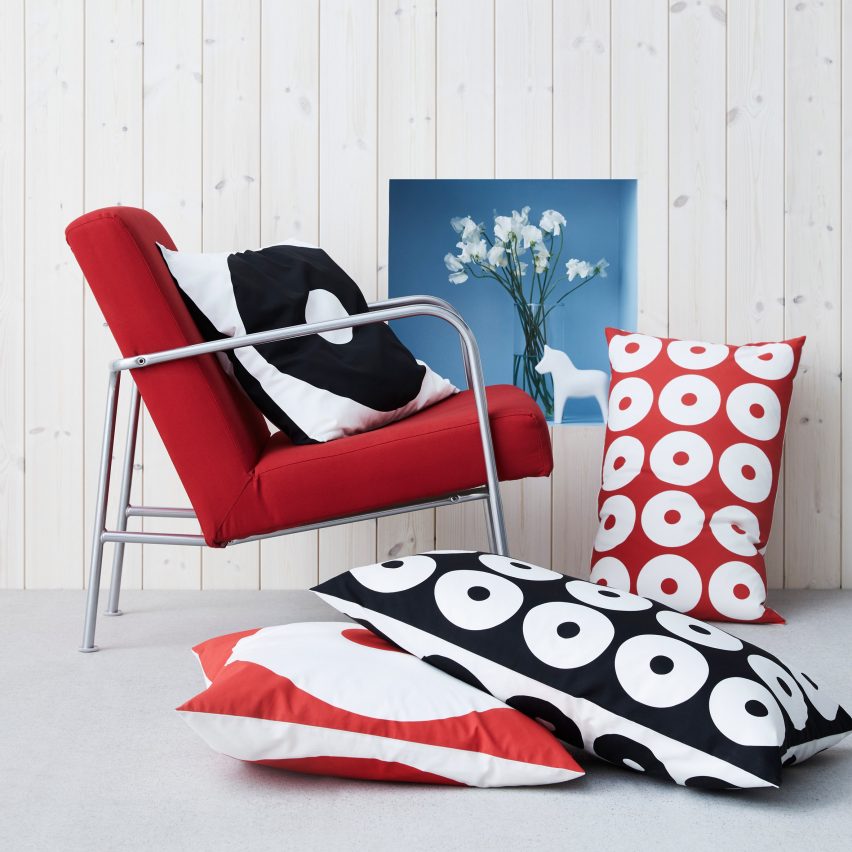 Whether you’ve just discovered IKEA or are a lifelong fan, this latest celebration is sure to satisfy your curiosities. The company is bringing back a ton of classic pieces in their GRATULERA vintage collection, including many of their most popular designs from the 1950s through the 1990s. They started with the 50s and 60s in August and will proceed to roll out the big hits of the following decades over the next few months.

Fab Features of Each Showcase

Each of the collection’s three total installments will feature furniture from a period of about 20 years.

The August frontrunners include the renowned GAGNET armchair and the inimitable KNÄSJÖ floor lamp, both of which boast midcentury designs that stress darker woods and classic lines.

In October, IKEA will remember the 70s and 80s: a time when wild wire chairs, daring prints, loud colors, vibrant puffy couches like the comfy KLIPPAN sofa, and brilliant memphis-style patterns were all the rage.

For the December finale, IKEA will hark back to the 90s, an era when their designs embraced the minimalist décor style that marked the end of the 20th century. Still, the start of the new millennium would bring about an even newer trend — one that favored unprocessed, blonde Scandinavian woods accented by graphic patterns.

Completing the GRATULERA vintage collection was a challenging joy for IKEA’s creative leader Karin Gustavsson. She shared some thoughts on the project with the press, explaining: “Each launch is different to the other, signifying its time period; from dark woods with a classic expression to a very playful style with strong colors and then to a more natural look with Scandinavian woods and graphic colors. Some of the products are icons of vintage furniture — they’re everywhere today! I still buy IKEA vintage in auctions and secondhand shops. I see people having this desire for history and heritage.”

One of her favorite items from IKEA’s history is the 1956 LÖVET table, the company’s first ever flat-pack table. This beauty of a piece has a leaf-shaped poplar veneer tabletop and three removable beech legs, each of them delicately decorated with golden details on the feet. Its design was conjured up when IKEA designer Gillis Lundgren couldn’t fit a standard side table in his car. In desperation and frustration, he sawed off the legs, unintentionally producing flat-pack furniture in the process.

“An icon is an icon because it’s unexpected, or considered an innovation of its time,” said Gustavsson. “Like the LÖVBACKEN table (previously known as LÖVET), such a cool statement piece, with only three legs, the tips covered in metal. It’s our first knock-down product.”