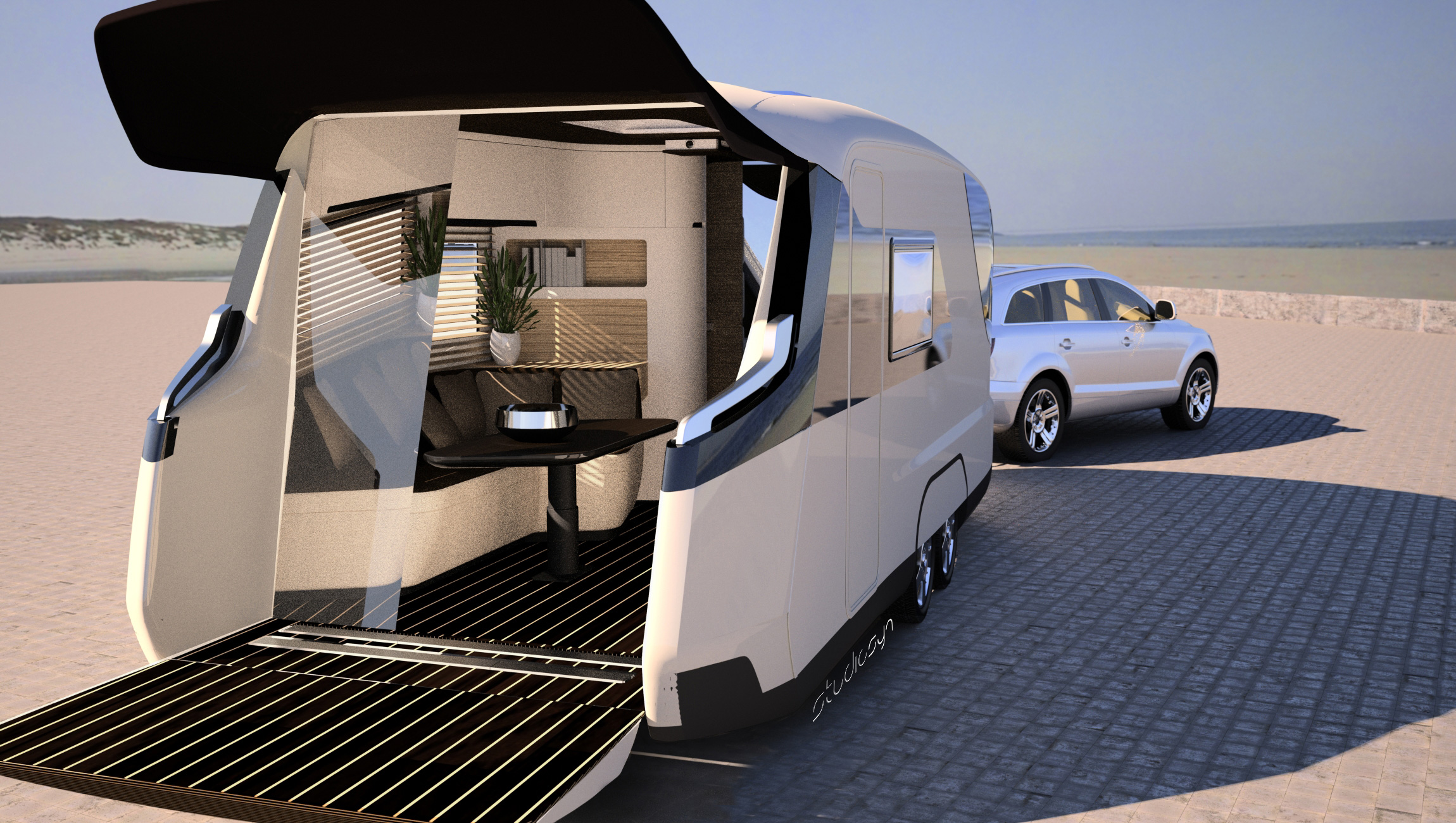 Inspired by the shape and style of luxury yachts, this curvaceous futuristic camper creation adds a degree of elegance (not to mention fuel efficiency) back into the realm of contemporary mobile homes. 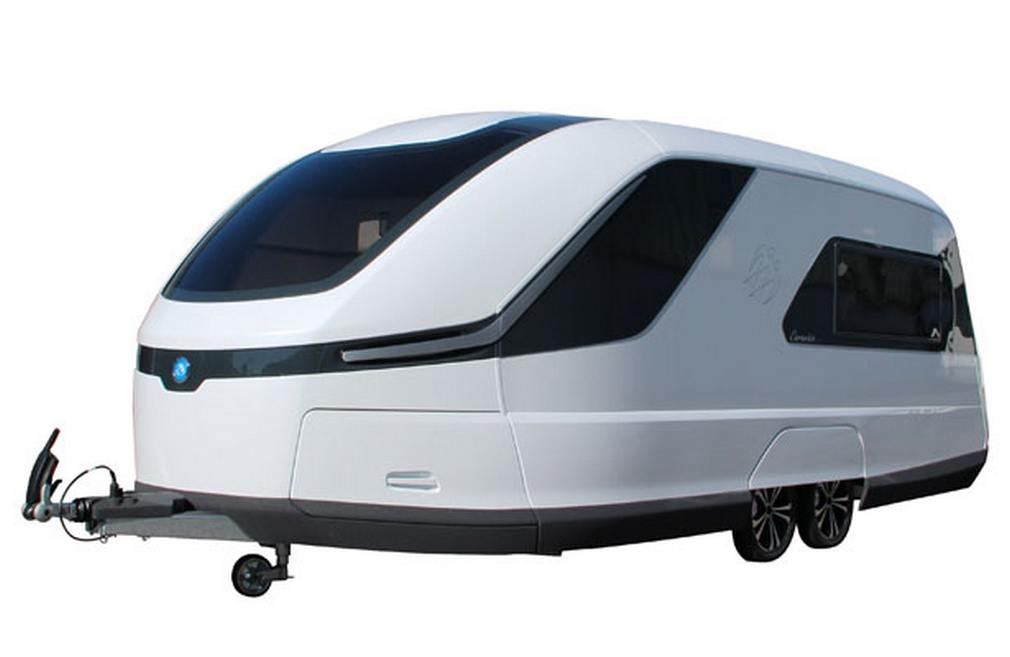 Caravisio by German company Knaus Tabbert uses curves strategically to create a sense of openness in the small living space, but also to dull the physically sharped corners that can cause problems in confined areas. High-tech features include iPad/iPod ports that tap into onboard systems as well as more energy-efficient glazing. The outside is cool, but the interior is where this design really shines.

Its manufacturers note that “registration figures for caravans in Europe have been declining for years. The caravaning industry therefore must offer new concepts for the market to raise interest for camping as a form of holidaymaking especially among target groups outside the industry. There have been repeated efforts to achieve this, but so far these efforts have been without any resounding success.” 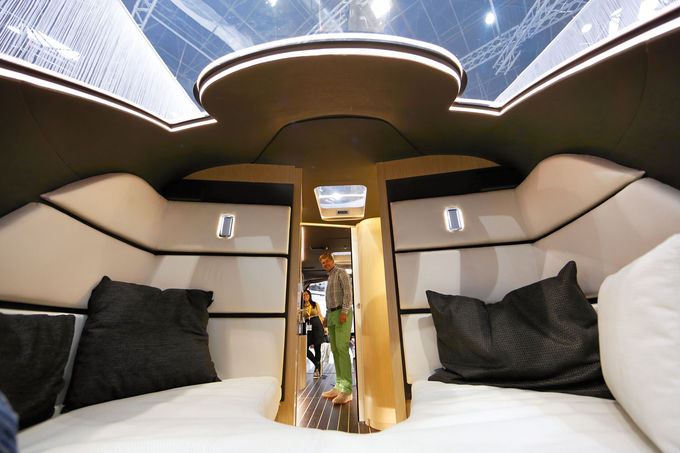 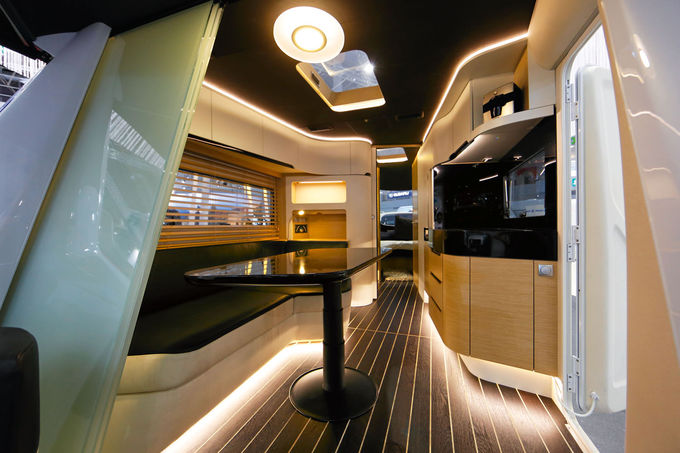 Hence, “The manufacturer Knaus Tabbert GmbH for this reason has started the “Caravisio – The Caravan of the Future” project as an approach to this problem, to provide own answers, and to provoke thought. Caravisio is a technology demonstrator that should show already today what may be technologically possible in the future.”

Knaus Tabbert is better known for more standard RVs and camper designs, as a perusal of its website indicates. While the Caravisio “caravan of the future” luxury camper remains a concept design with a £500,000 price tag (about $660,000), its streamlined  futuristic looks could carry into the future of the company’s creations. Knaus has reported a high level of public interest in the prototype with its hitch-ready shell reminiscent of a bullet train. The higher end of the company’s new creations will likely include such features as fingerprint entries and smartphone controlled air suspension.