What if your clothing could signal to others that you wanted more personal space? That kind of “fashion tech” is exactly what Dutch designer and engineer Anouk Wipprecht has been working on perfecting over the course of the last decade. 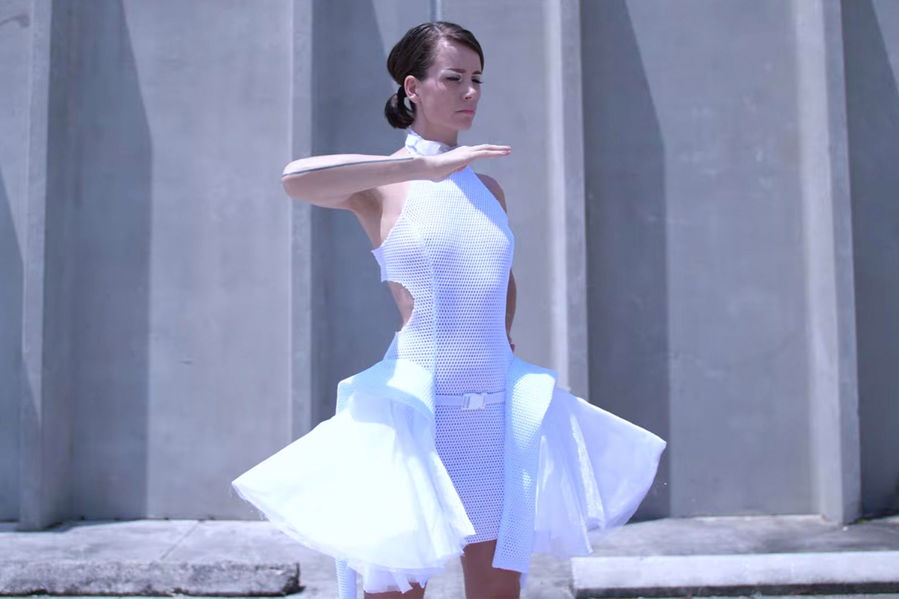 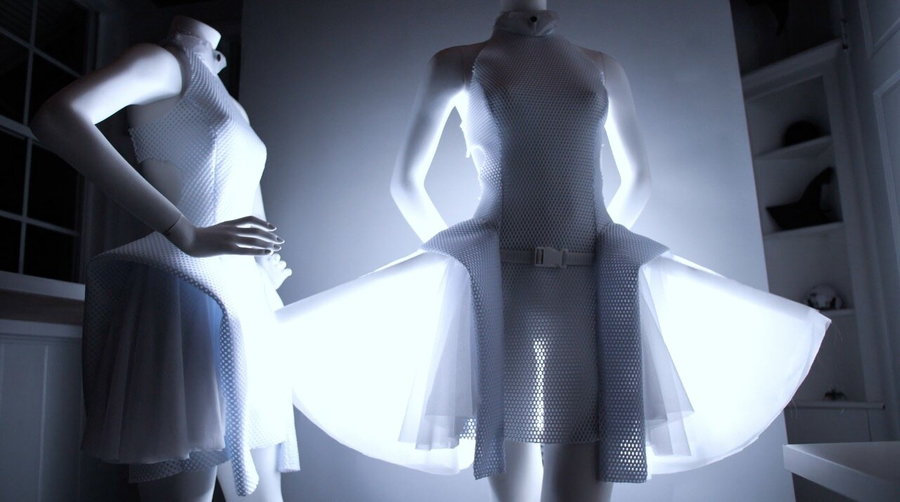 In the wake of the COVID-19 social distancing protocols, the fashion artist fine-tuned her “Proximity Dress,” which uses ultrasonic sensors to inflate at the hips if someone gets too close for comfort, creating a larger personal bubble for the wearer. She originally unveiled a prototype of the outfit back in 2012 but has since added 3D-printed elements everywhere, as well as noise-free sensors.

“I haven’t made dresses for myself in a long time,” she wrote, “and I got a bit fed up with people in public not considering the current distancing suggestions, so this one I’m keeping…”

The white “smart dress” appears unassuming enough when in resting position, but when the thermal sensors around the neck detect a stranger within a defined space around the wearer’s body, the built-in robotic 3D-printed hip mechanisms activate, and the skirt expands on either side. The effect is a little like a pufferfish swelling up when threatened. 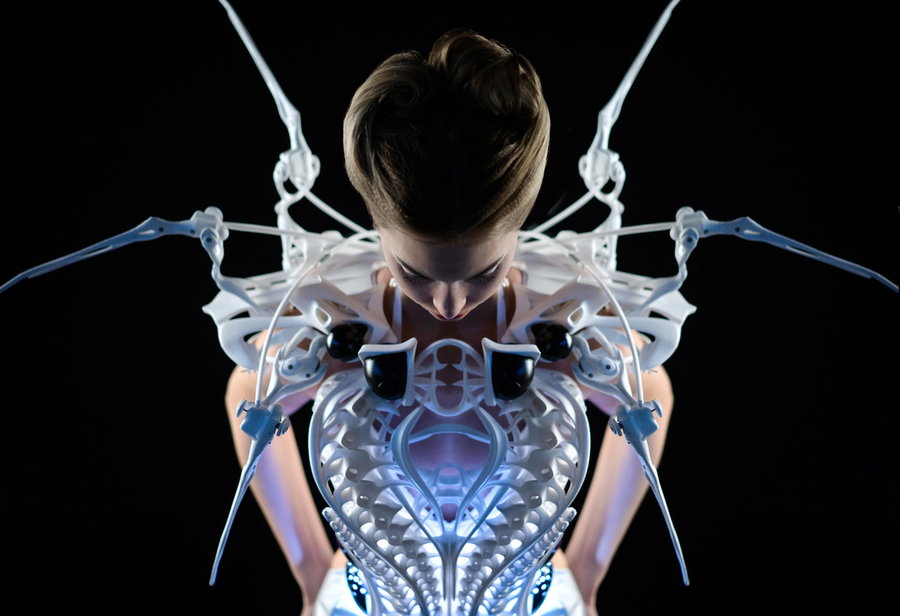 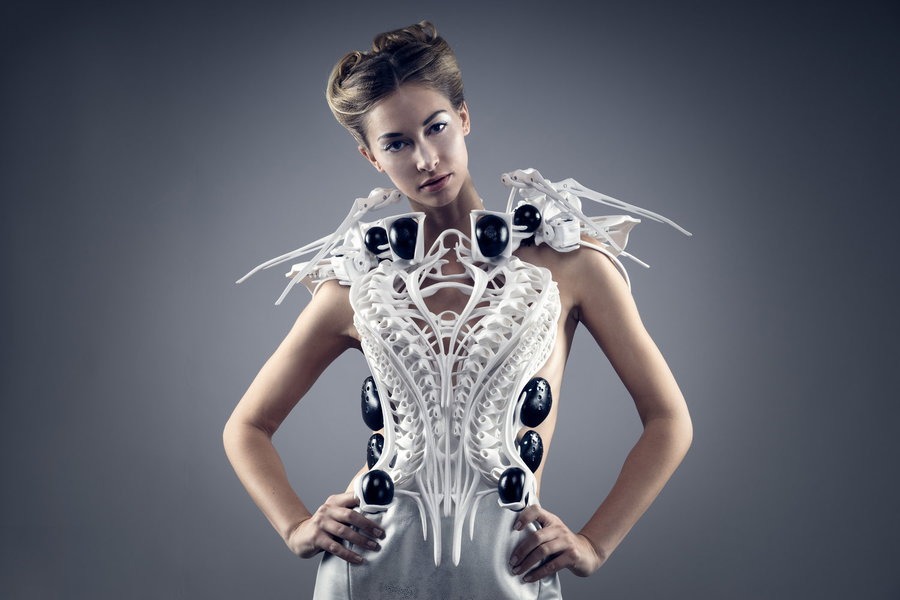 One of her previous interactive creations, the “Spider” dress, has arachnid-like arms that extend in a defensive position when outsiders come too close. That 3D-printed design garnered acclaim around the world, being included in fashion shows in Amsterdam, Russia, and China.

Wipprecht explains that her “designs are based on the Proxemics Theory of Edward T. Hall. This defines four spaces around the body, each with their own characteristic distances. Whereas Hall had to measure the space between people using a wooden stick, I have been working since 2007 to translate these concepts into the digital domain, in order to measure the spaces between people up to a range of 25 feet.”

To accomplish this goal, the sensors on the Proximity Dress provide readings from high-output acoustic power with real-time waveform signature analysis and automatic calibration. And don’t worry, the suit doesn’t record any video imagery for its motion detection, so no one’s privacy is being violated during the detection process. 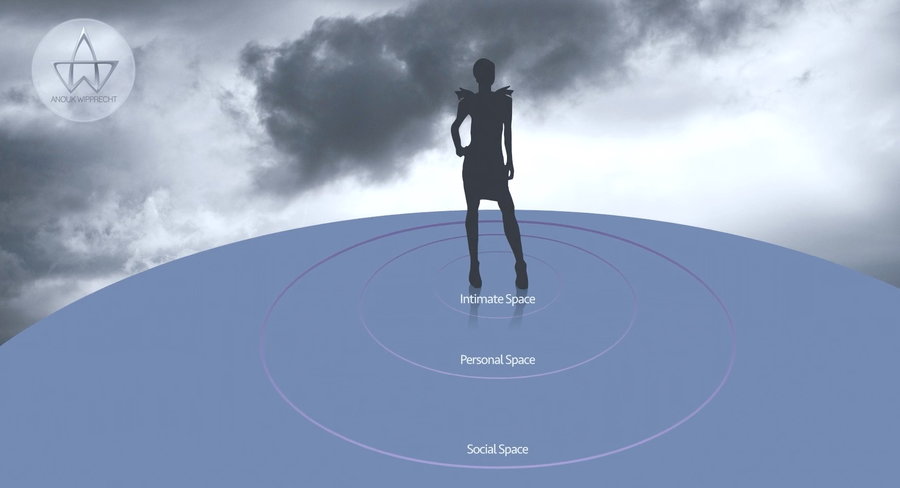 Wipprecht got her start in fashion while still in high school. “I was really fascinated by the notion that the people really express themselves through basically the things that they wear,” she says.

As time went on, however, her designs began to feel stale. “I started to notice that the garments that I was creating were ‘analog.’ They were not doing anything. They were not sensory. They were not changing.” Since that time, she’s worked to incorporate technology, including artificial intelligence, into every piece of clothing, allowing her pieces to move, breathe, and react to the environment around them.

Her next focus is on clothing that can visually gauge the wearer’s anxiety and depression levels. Her “Pangolin” prototype requires the use of a headset that can track the brain’s electrical signals and display them on the outfit. When someone is feeling calm, the outfit’s lights turn a soothing shade of purple. 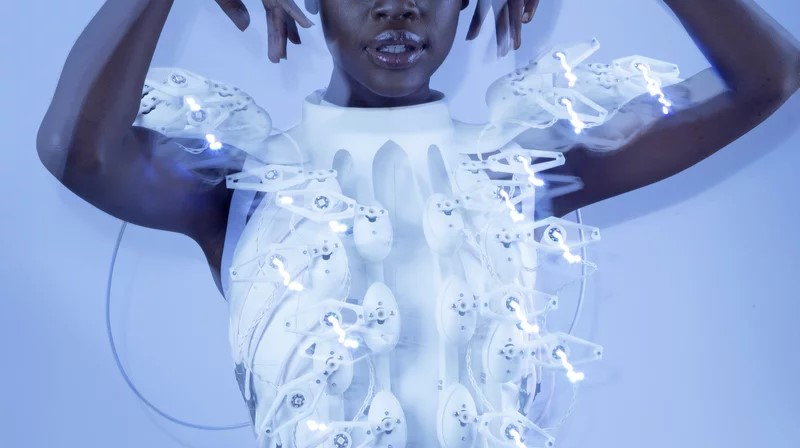 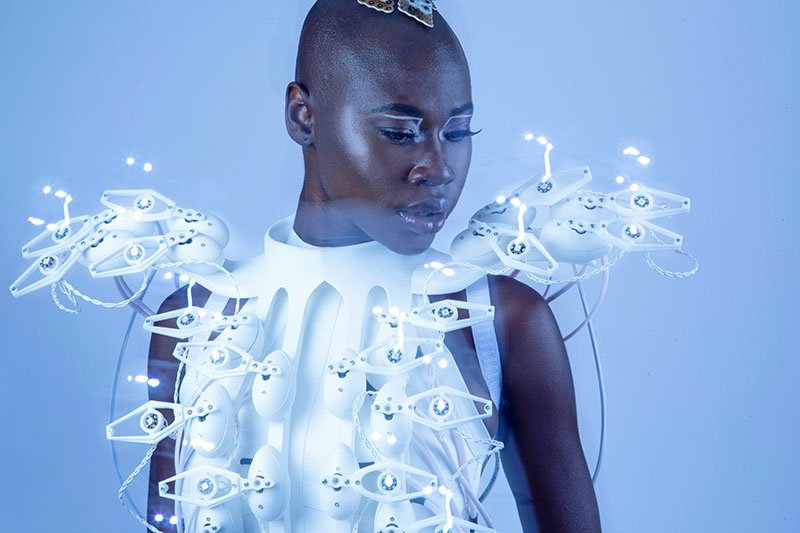 When stress levels rise, the lights flicker and the motorized “scales” flap rapidly. “We live in a time and age [when] negative emotions start to take over,” Wipprecht notes, adding that “a lot of people start getting into more depressive modes, maybe not wanting to speak about it… So, [the Pangolin dress] might even create a situation that these things become more discussable.”