Gaming is all about the visuals, and what better way to shake up the game than to change the actual screen? 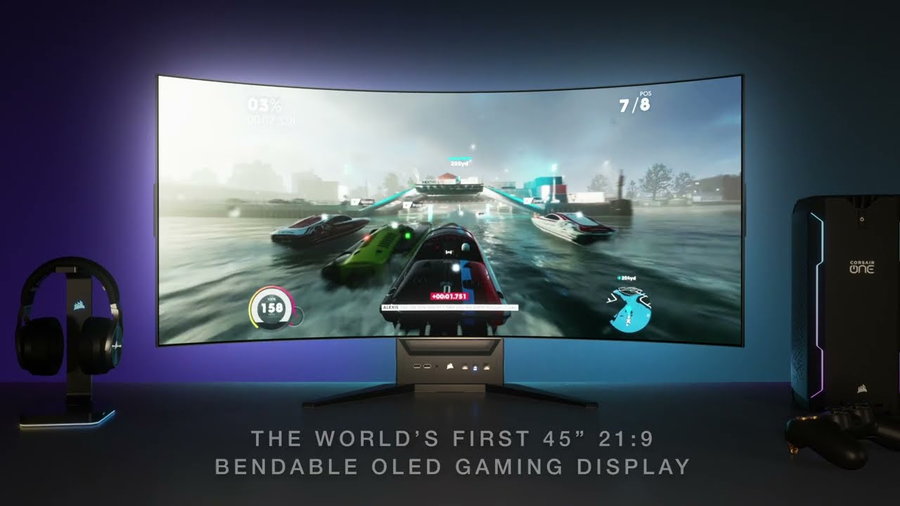 Taking the traditional flat screen and turning it on its head, the new Xeneon Flex gaming monitor from Corsair is mind and screen-bending tech at its finest. A flexible OLED screen that literally curves to create a more immersive gaming experience, the Xeneon Flex isn’t the first of its kind. However, it seems to have worked out the kinks of its predecessors by developing a way to allow the user to bend the screen (and flatten it again) whenever they want. 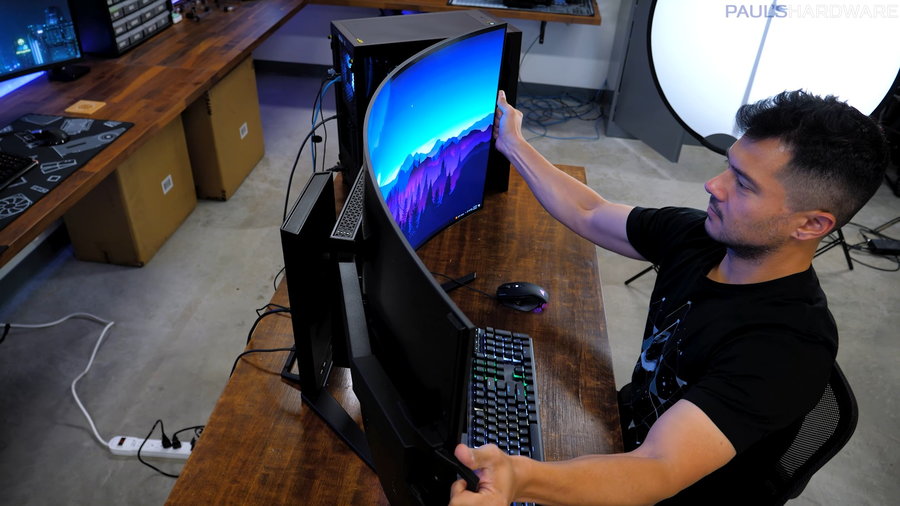 Again, this is not a new idea. LG unveiled a prototype of a similar design at CES 2021, an appropriate platform for such a boon to the gaming world. But despite its promise, LG’s version was problematic. Consisting of a 48-inch OLED screen that was incredibly bendable, that display was theoretically able to create a gentle curve that granted players better peripheral vision at the push of a button. Unfortunately, the mechanism behind this monitor magic presented problems in terms of both cost (more expensive) and durability.

To ameliorate these obstacles, Corsair has taken things a step further with the Xeneon Flex, eliminating the use of motors entirely. But how does the screen move if it’s not mechanized? 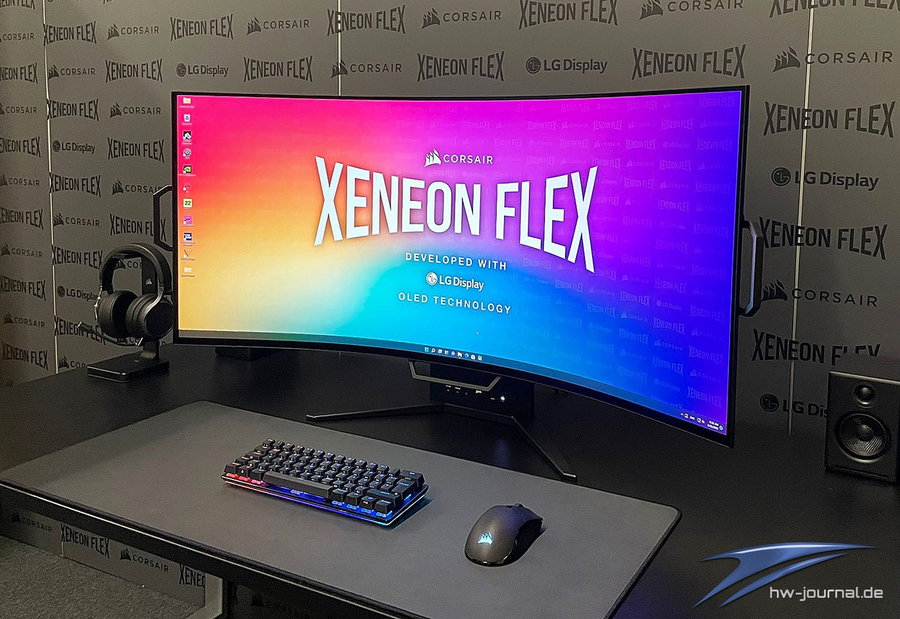 The answer is strangely simple: users simply have to grab the screen and pull it to their desired curvature, a grab and yank maneuver that may lack elegance, but makes up for it with its effectiveness. Just grab the screen on either end, give it a good pull, and voila! A completely customizable gaming experience. Practicality aside, the design also allows the screen to have a different level of curvature on each side, adding a level of freedom that would most likely be impossible with a motor.

If this seems like magic, that could be because it’s as close to magic as gaming screens get. The Xeneon Flex boasts a 45-inch OLED display that not only has a surprisingly generous aspect ratio (21:9) but also has a resolution and brightness whose peak performance makes for an undeniably immersive gaming experience. The Xeneon is also tops on compatibility, working with both Nvidia G-Sync and AMD Free Sync Premium. And don’t worry, it’s loaded up with plenty of connectivity ports, too.

While Corsair has yet to announce the pricing and availability for the Xeneon Flex, we’re sure gamers everywhere will be waiting with bated breath for the chance to bend their screens and immerse themselves a little deeper into their favorites.