What does Denmark’s largest school have in common with one of its largest power plants? Simply put, they are both the same building: the Copenhagen International School (CIS) in the capital’s Nordhavn district. Completed in 2017, the school sits on the docks by the Øresund, with piles of shipping containers, gantry cranes, and ships in full view. It is an odd place for a school comprised of 1,200 students and 280 employees, but when the surrounding community’s involvement in the institution is taken into account, the location takes on a new level of civic importance. 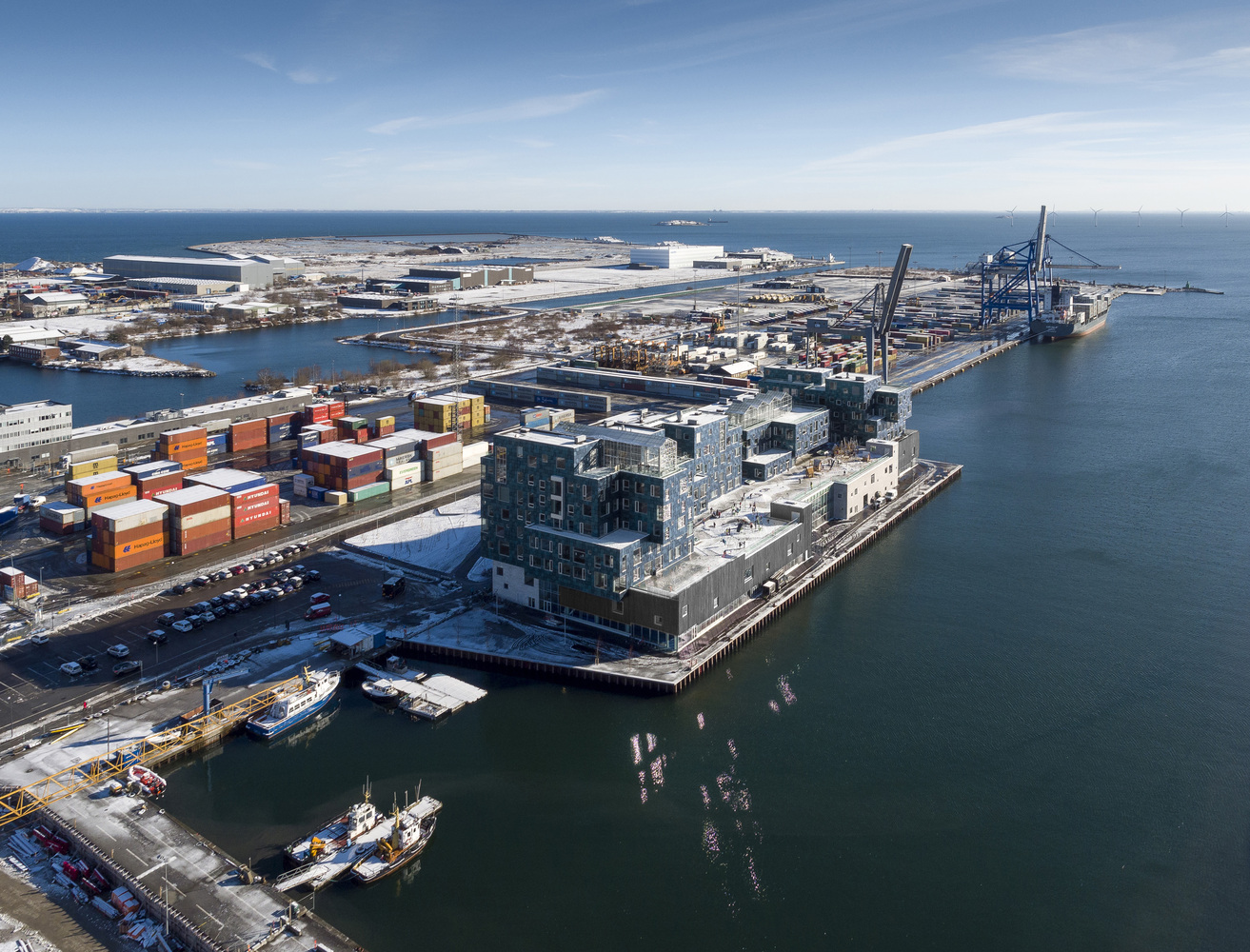 At the base of the school are the common areas, including a library, three gyms, a cafeteria, and facilities for the performing arts. When classes are not in session, those areas are made available to the general public. The rooftop over the common area is occupied by a playground, with a glass wall around the perimeter to keep the kids from falling. The school’s classrooms are subdivided into four towers, each one dedicated to a different academic level: early years, primary school, middle school, and high school. All in all, the building takes up 269,097 square feet. Designed by C.F. Møller, it’s contained within in a whimsical façade that doubles as a pedagogical instrument. 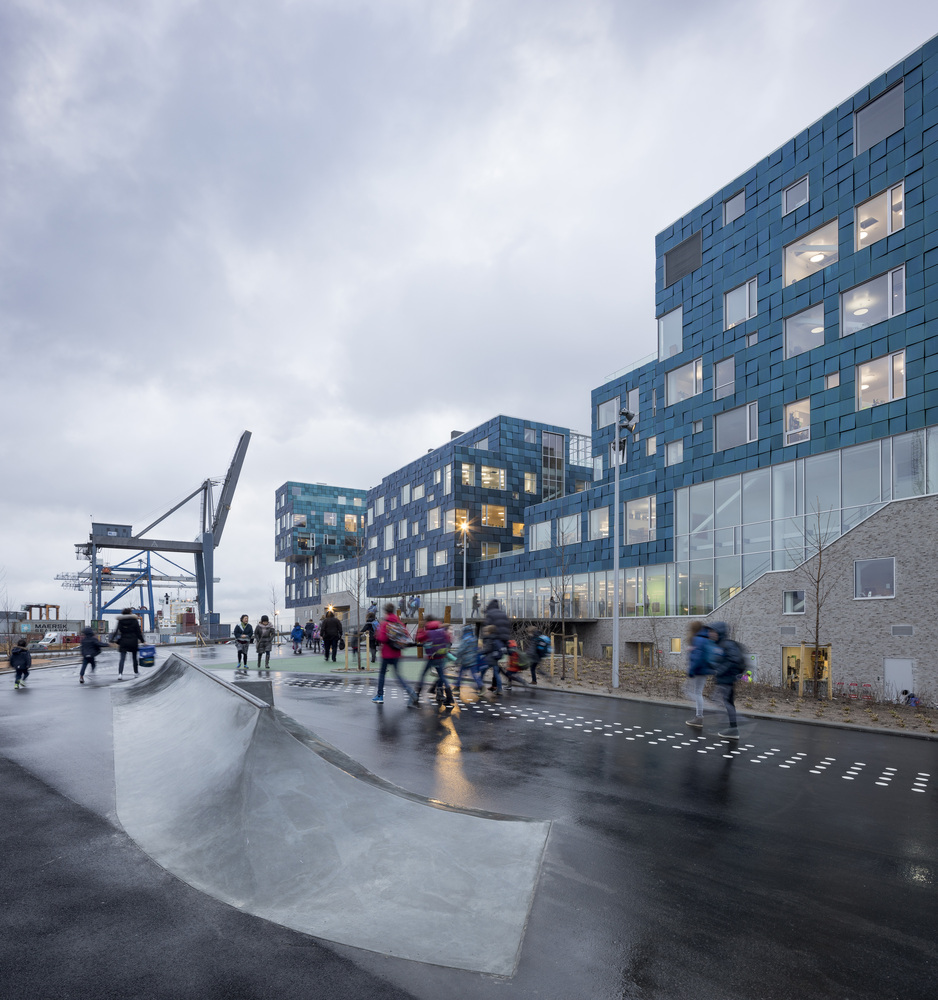 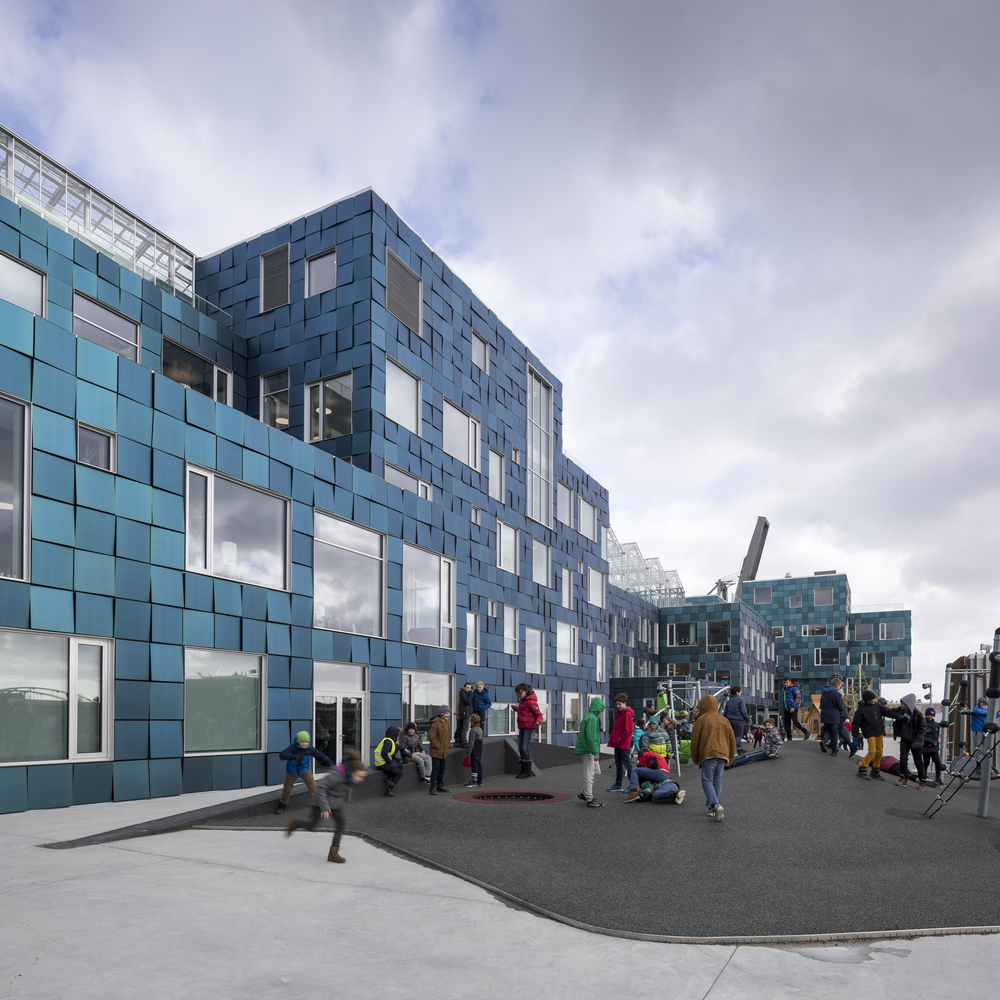 What qualifies CIS Nordhavn as a power plant is the presence of over 12,000 solar panels on its façade. Capable of producing 200 MWh per year, over half of the school’s electricity is generated by these panels. The data collected from monitoring the energy produced by the panels is in turn incorporated into the curriculum. Understanding one of the city’s major commercial functions helps introduce the students to the reality of the national and global economies. Moving way beyond theoretical lessons comprised of fictional numbers, the CIS Nordhavn curriculum uses real data to teach its students about the world around them. 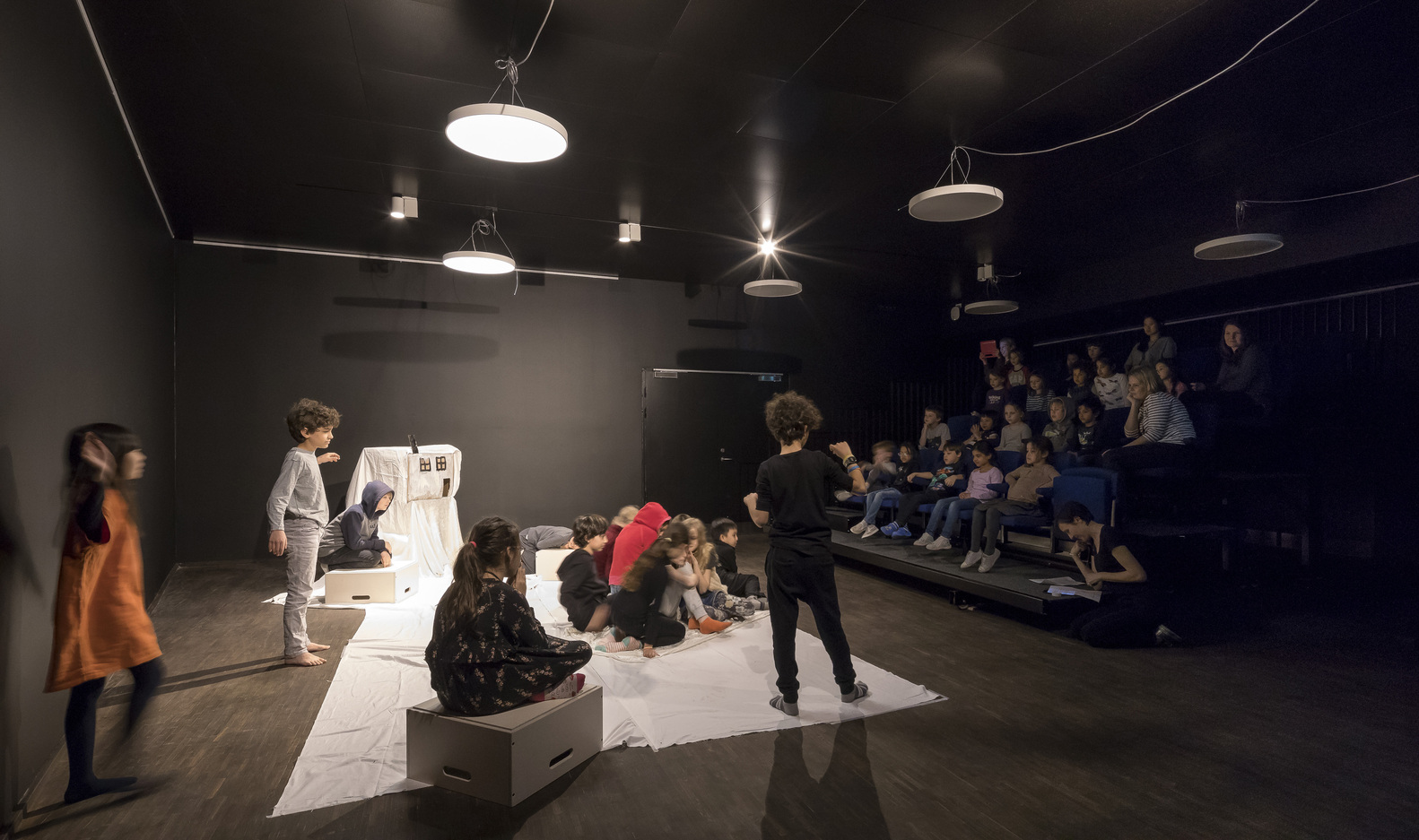 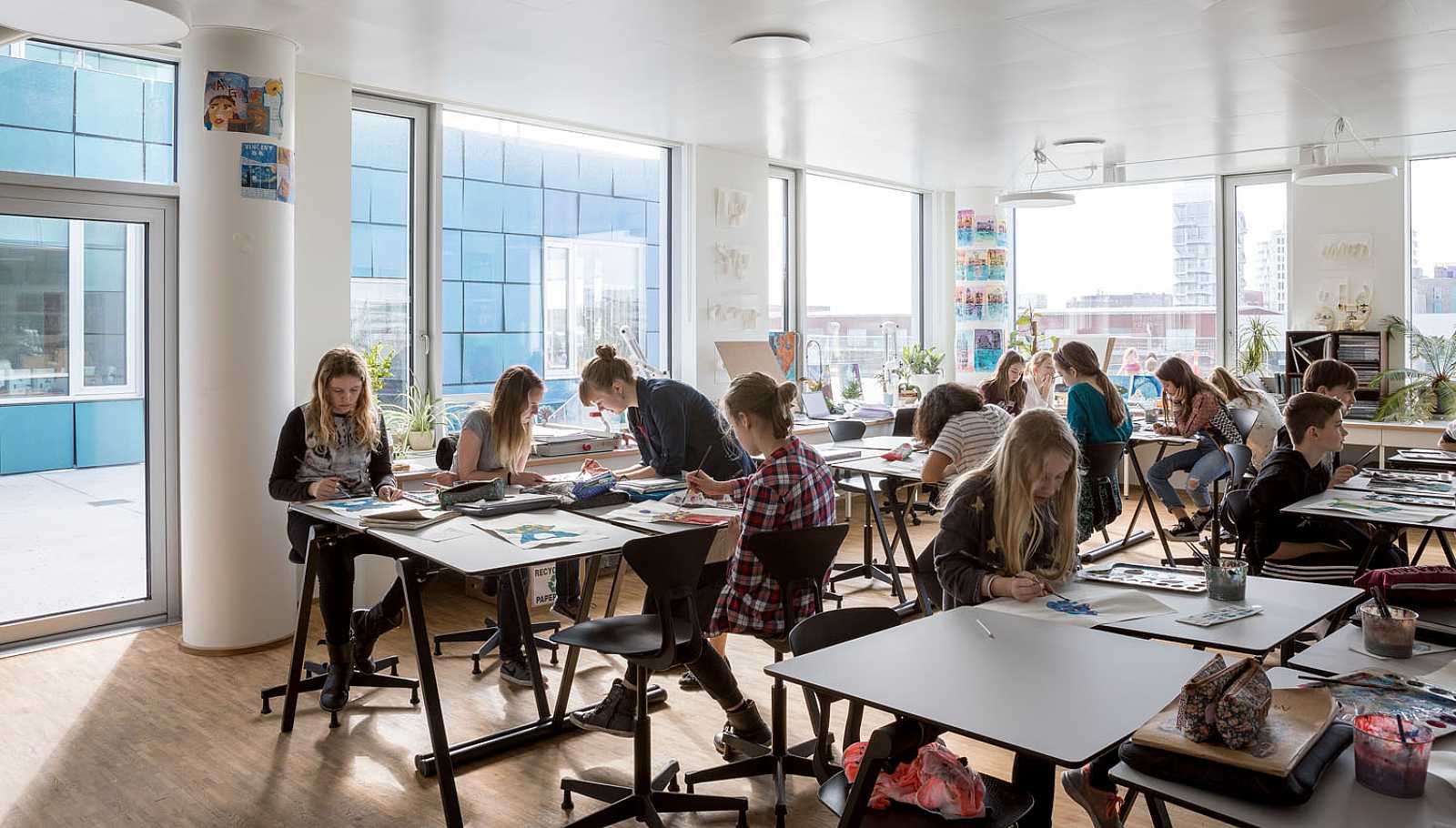 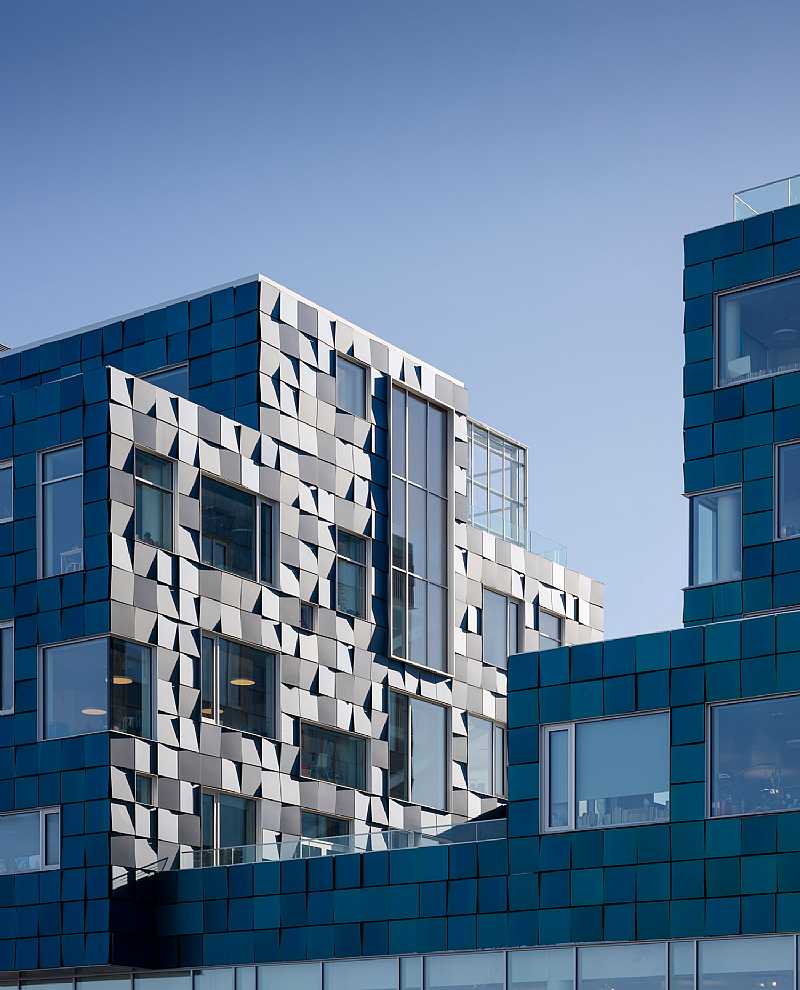 The students also learn from things happening inside the school. Captured rainwater is used to flush toilets, organic waste is converted into animal feed, and horticulture is promoted via the growing of one’s own fruits and vegetables.

With a student body made up of kids from 80 countries, CIS Nordhavn is undoubtedly a desired school for those parents who want their children to receive a hands-on education. You might expect to see such an institution in a quiet residential neighborhood, in low-rise building on a tree-lined street with a park nearby. But when you want to prepare the youth of the world for the future, a new perspective on teaching is required. CIS Nordhavn offers students bright spaces for learning, where critical thinking and creativity are practiced with the real world right outside the window. In this sense, the adjacent urban context becomes an extension of the blackboard.