Since launching in 2011, NASA’s Juno spacecraft has made more than 44 orbits of our solar system’s largest planet. The attached visible-light JunoCam has been capturing the gas giant in all its glory over the past six years and sending the images back to Earth. 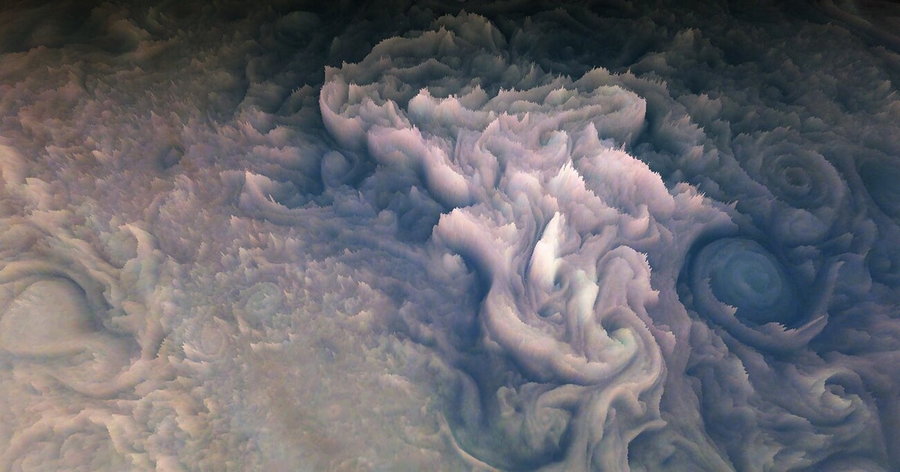 Not only has NASA open-sourced all the files, but it has also requested the help of volunteer “citizen scientists” around the world to help process the data. In June of this year, it began the Jovian Vortex Hunter project, “aimed at studying the different types of clouds that form on Jupiter, in order to better understand how the atmosphere of the largest planet in the solar system works,” according to Ramanakumar Sankar, the project lead and a postdoctoral researcher at the University of Minnesota.

“With your help,” Sankar added, “we could learn so much about the Jovian atmosphere and processes that form the amazing clouds that we see.”

Astronomers from all parts of the globe have since created incredible representations of Jupiter’s clouds and surfaces, ranging from the ultra-realistic to the overly artistic. Here are a few stand-outs from the almost 500 images submitted so far: 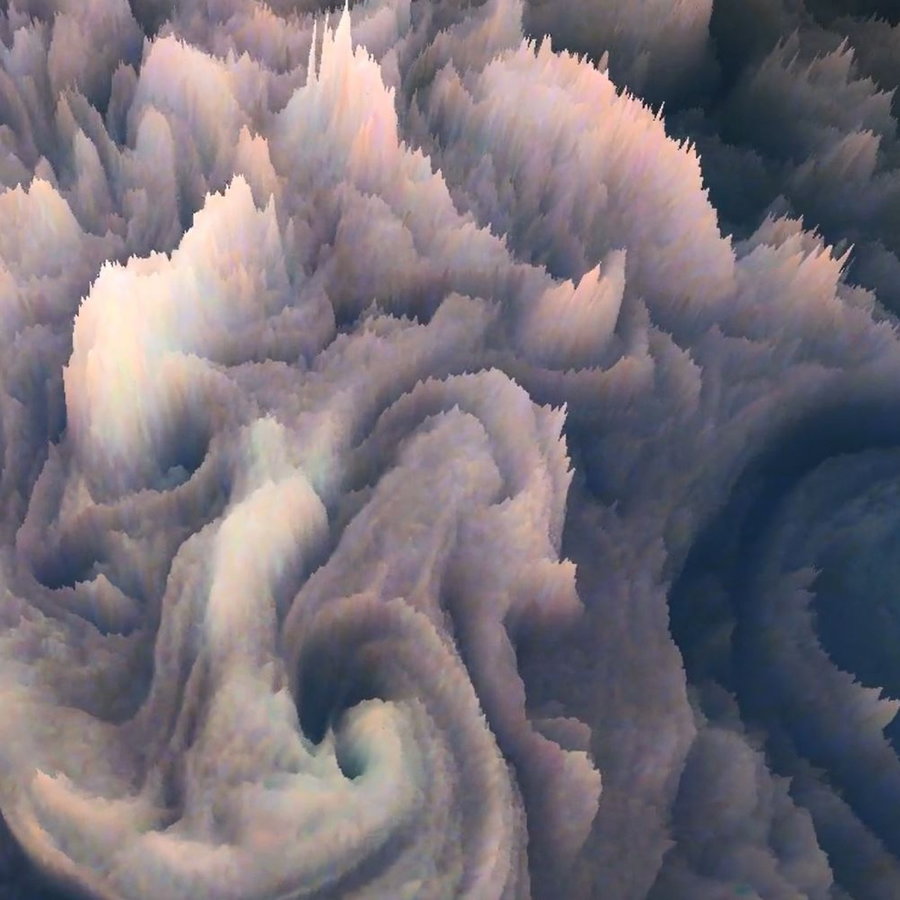 At the Europlanet Science Congress (EPSC) 2022 in Granada, Dr. Gerald Eichstädt used the JunoCam’s data on reflected light to create a 3D model with individual “needles” corresponding to the height of Jupiter’s clouds. The resulting picture looks like it could be the whipped frosting top of a cupcake.

“The Juno mission provides us with an opportunity to observe Jupiter in a way which is essentially inaccessible by Earth-based telescopic observations. We can look at the same cloud features from very different angles within only a few minutes,” says Dr. Eichstätdt. “This has opened up a new opportunity to derive 3D elevation models of Jupiter’s cloud-tops. The images of the wonderful chaotic storms on Jupiter seem to come to life, showing clouds rising at different altitudes.” 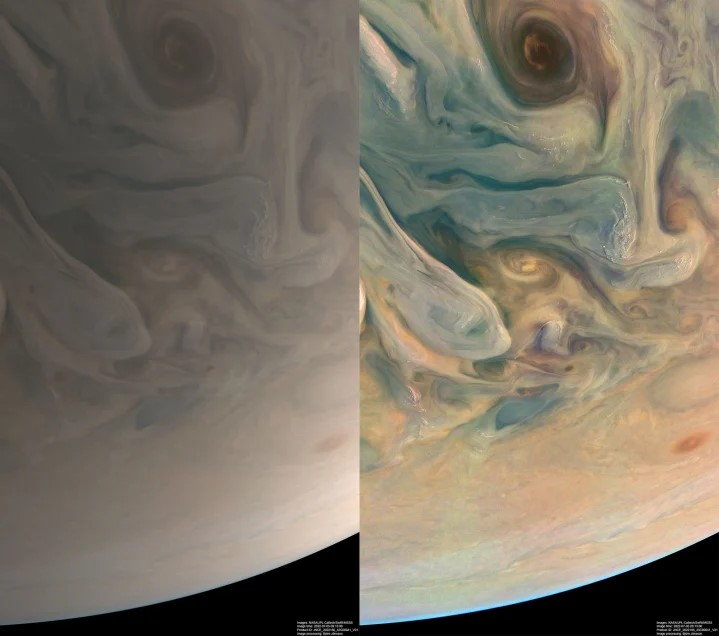 Using images taken from only 3,300 miles above Jupiter’s cloud tops, citizen scientist Björn Jónsson made a side-by-side picture of the planet’s colors as they would be interpreted by the human eye and the colors with deeper saturation to sharpen the smaller cloud features. 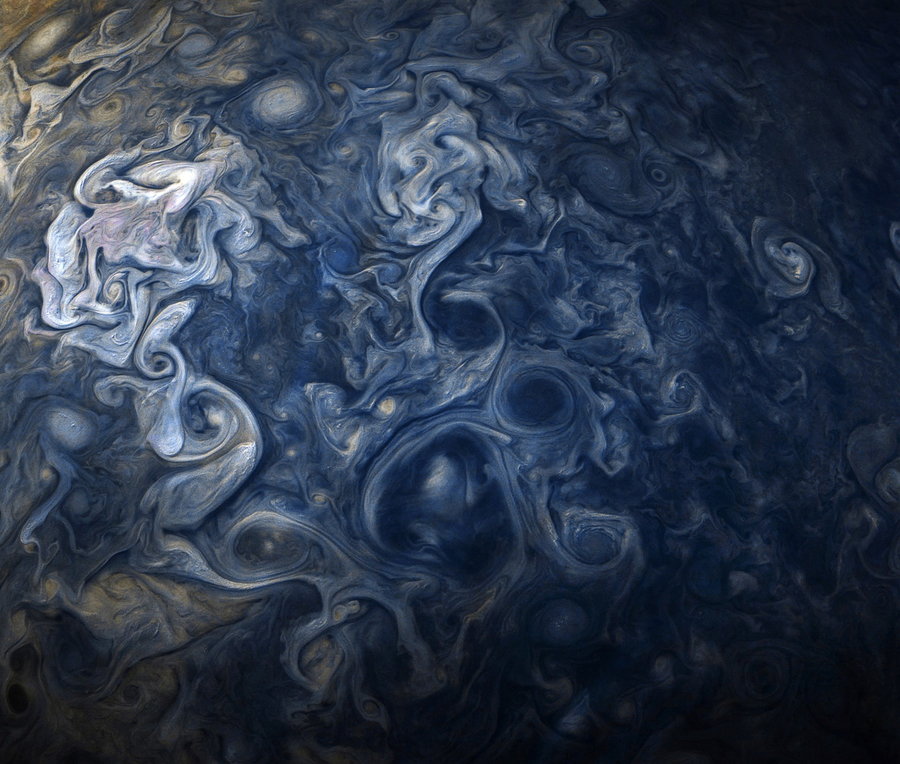 While most of Jupiter’s surface appears to be a reddish-brown color, footage from the JunoCam taken 11,747 miles above the planet’s clouds revealed that its North Pole is actually covered in icy swirls of blue. Dr. Eichstädt and fellow citizen scientist Seán Doran processed that data into an image of gorgeous denim-colored whirlpools, showing how the higher altitude clouds cast shadows on their surroundings. 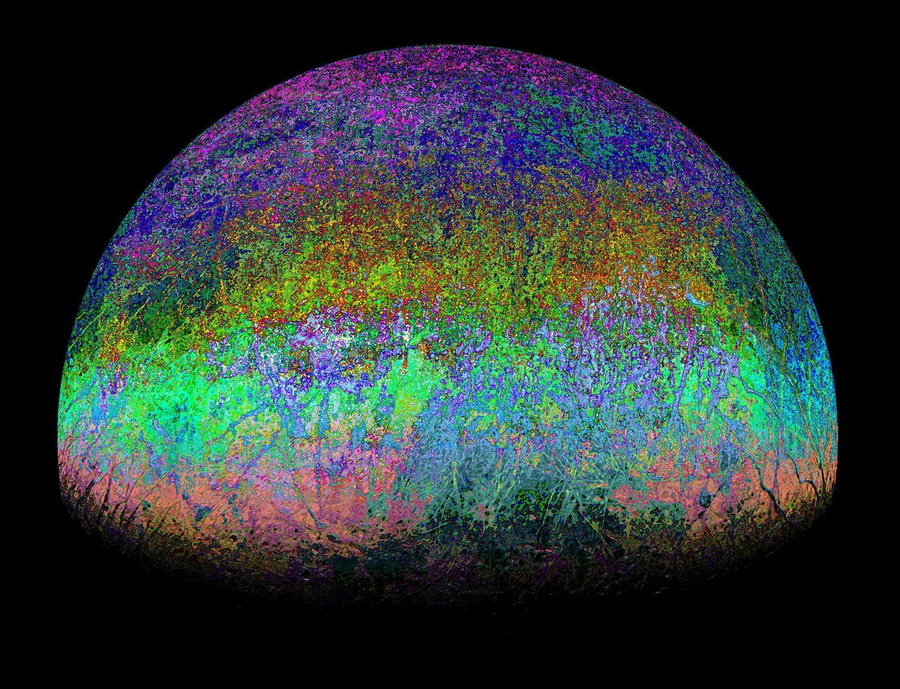 Calling it the “Fall Colors of Europa,” citizen scientist Fernando Garcia created a kaleidoscopic image of Jupiter’s icy moon Europa. Using data captured during the JunoCam’s close fly-by on September 29th, 2022, Garcia gave the moon (which is thought to have twice as much water as Earth does) a psychedelic makeover. 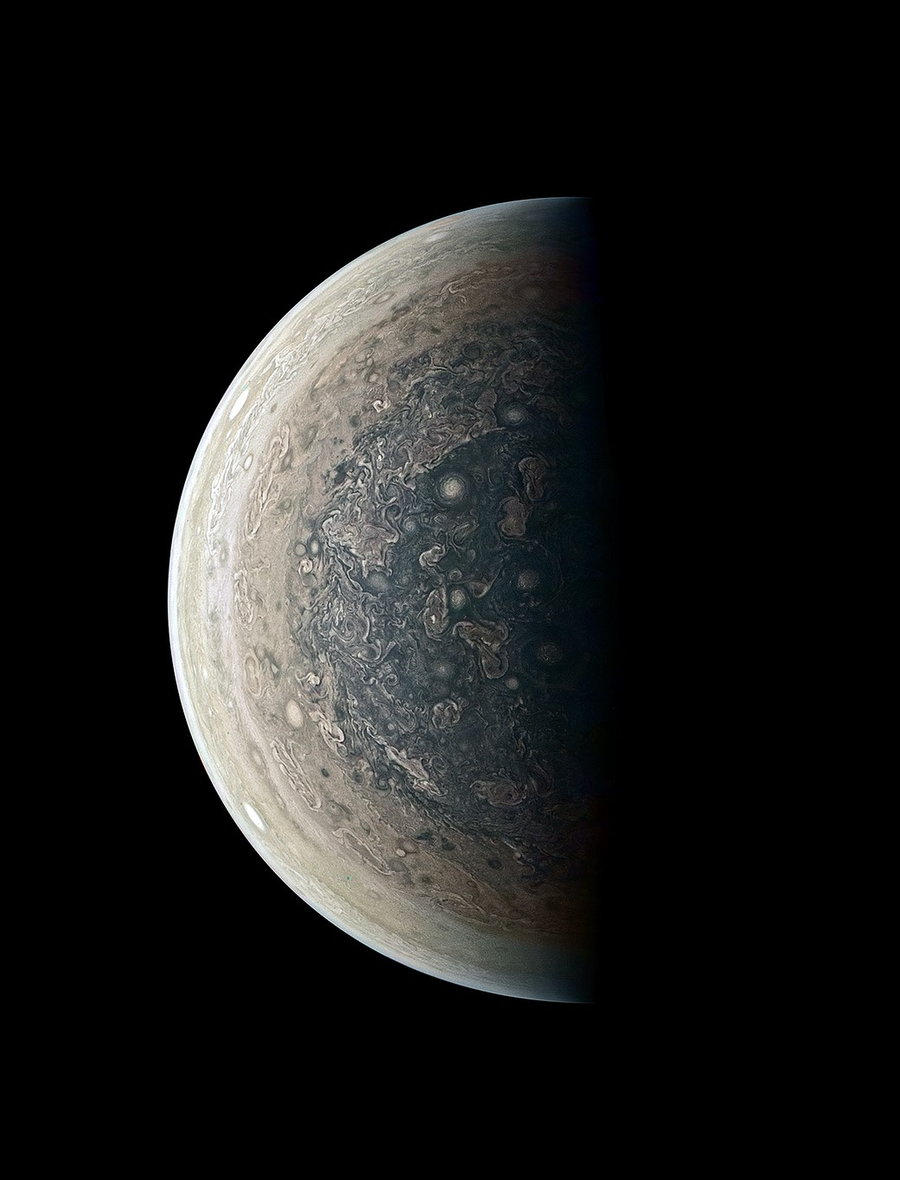 Citizen scientist Roman Tkachenko pulled data from the JunoCam to color-enhance an image of the storms and cyclones at Jupiter’s south pole in intricate and striking detail. 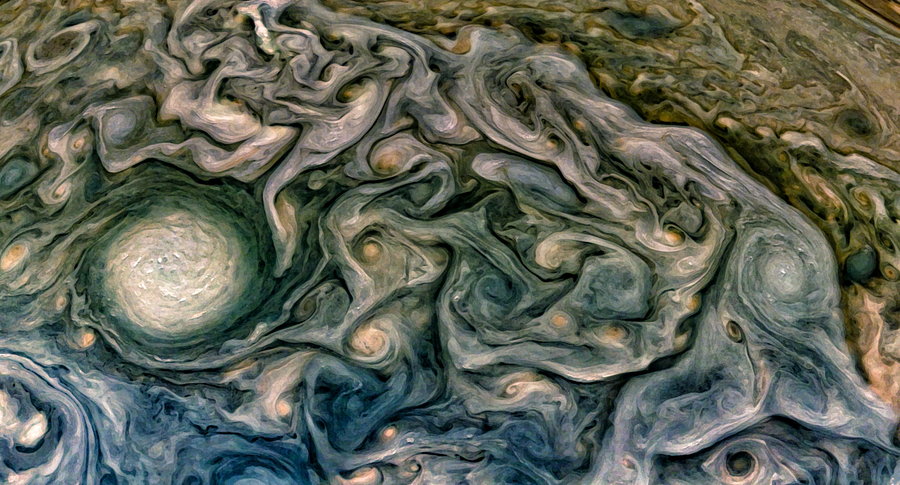 The Juno spacecraft is expected to continue orbiting Jupiter for another six years fir a total of 80 passes around the gas giant, collecting images the entire time. That leaves plenty of time for more scientists and artists to get in on the action to make their very own masterpieces.