Homes with unusual histories are usually the ones that invite the most magical kinds of speculation. There’s something mysterious, warming, and authentic about repurposed buildings — which is why this 5500-square-foot church-turned-home qualifies as one of the most wonderful and meticulously converted private residences in all of America. 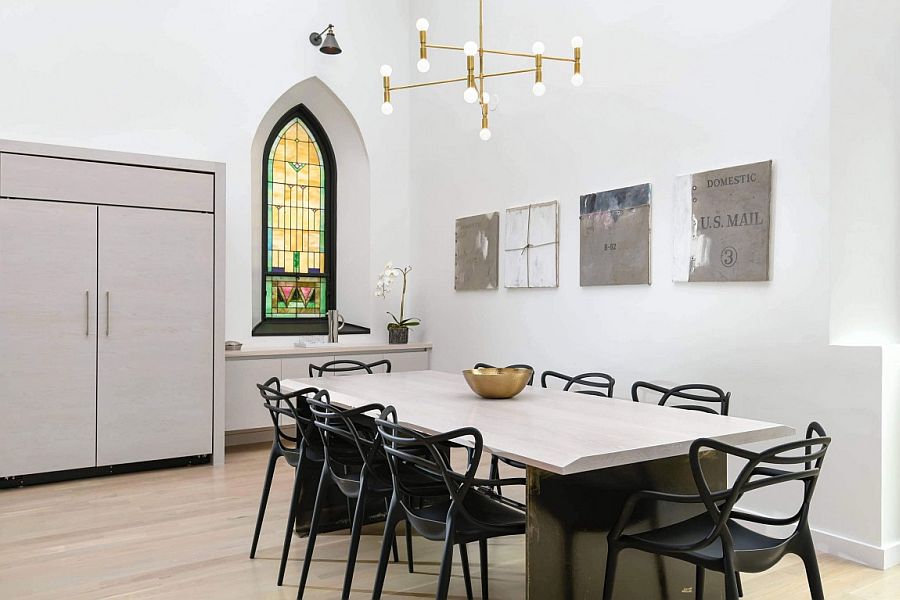 Harnessing some of its most captivating original features, including a set of majestic stained glass windows, dramatic vaulted ceilings and open spaces, exposed brick walls, and wooden ceiling turnbuckles, this revamped holy house does a great job of paying tribute to its past while serving an entirely modern purpose.

Now encompassing six bathrooms, seven bedrooms, and a few large public areas, the church has been lovingly converted into a contemporary eclectic home by American designer Linc Thelen. Thelen created a fluidity throughout the new home by leaving the 25-foot-high lower level of the building open-plan, allowing the living area, kitchen, and dining room to all blend seamlessly into one another. He wanted to preserve the essence of the building’s heritage by keeping the stunning golden windows and other original features he believed would bring character to the space while still making it feel like a livable and loveable residence. 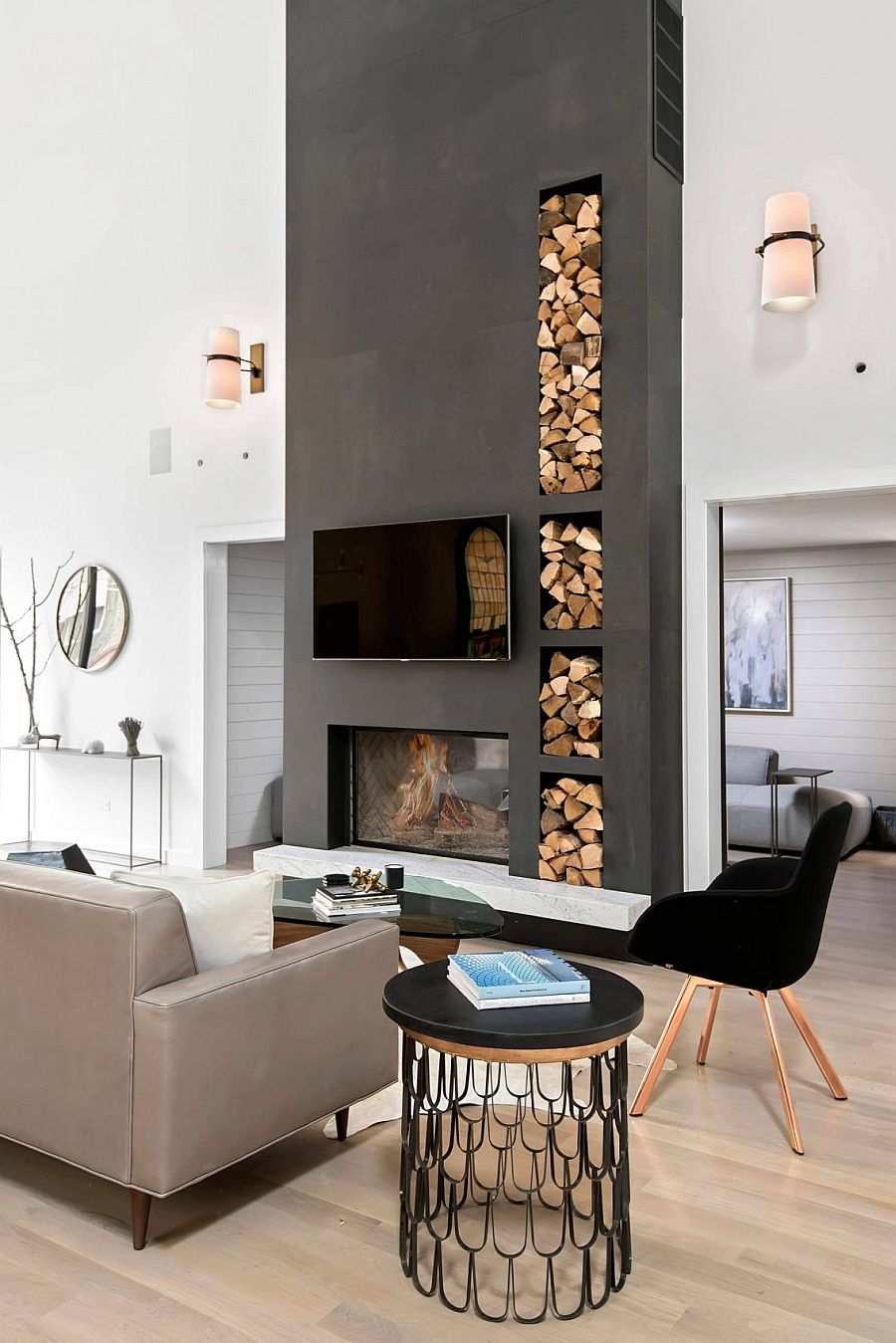 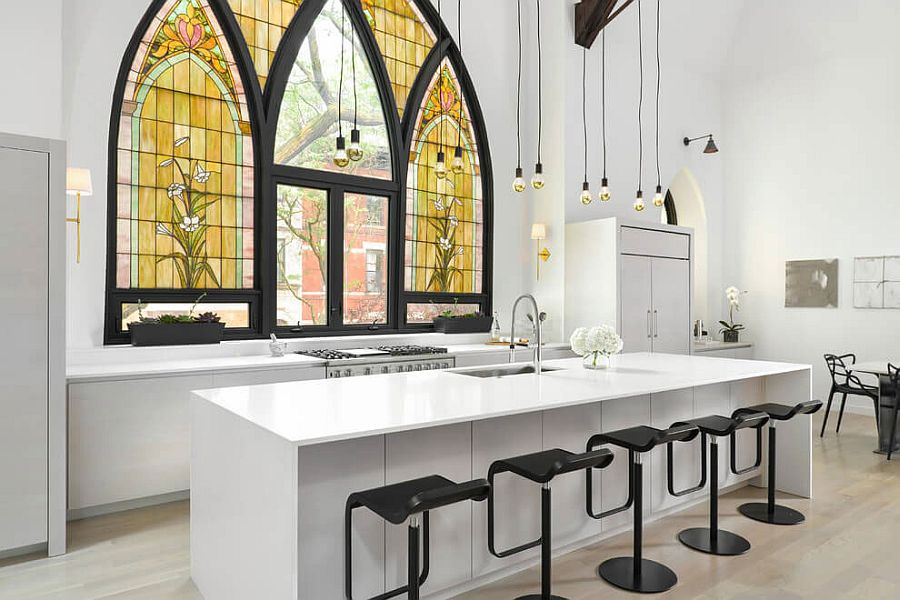 Most of the interior adheres to a color palette of black, white, and gray, while the stained glass adds splashes of red, green, and yellow to the mix, with accessories and fixtures featuring additional gold accents. The lower level also contains a separated master bedroom, bathroom, and closet, while the upper level houses the other bedrooms, a playroom featuring a custom-made climbing wall and sliding barn door, a game room, and a nursery. The ultra-macho game room has actually been built in the church’s old bell tower, allowing for further fantastical thinking when the inhabitants are deep in their leisurely element and overlooking downtown Chicago. 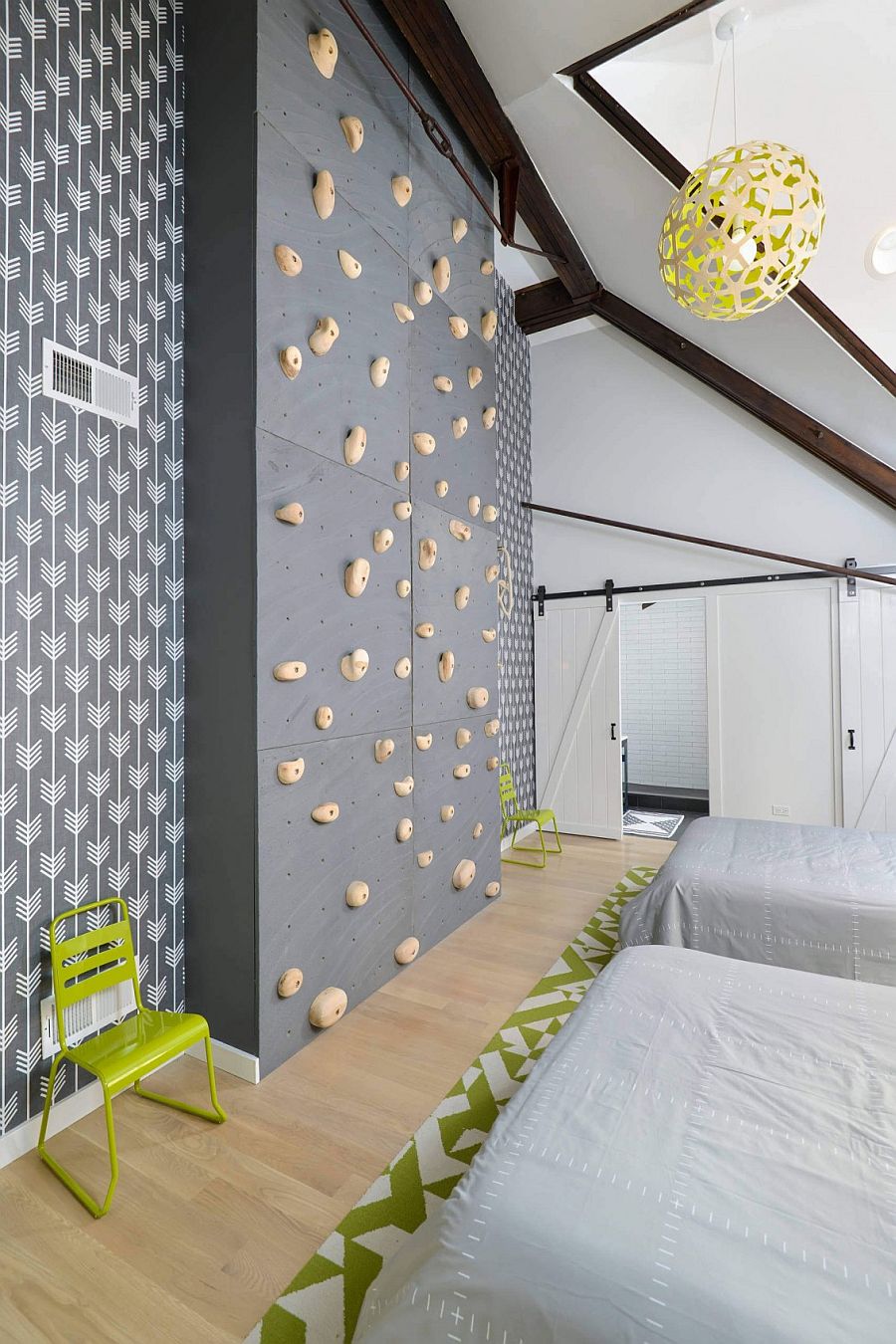 Meticulous care was taken with the redesign in order to to work around a few major challenges that arose in the process, including the installation of proper of heating and cooling systems and the owners’ request for an isolated additional room to accommodate their growing family. The home was designed playfully in order to portray the personalities of the owners, providing them with a luxurious suburban home in a vintage farmhouse design style. The occasional modern twist keeps the space functional but leaves enough of a unique aesthetic to spark some really interesting conversations among guests! 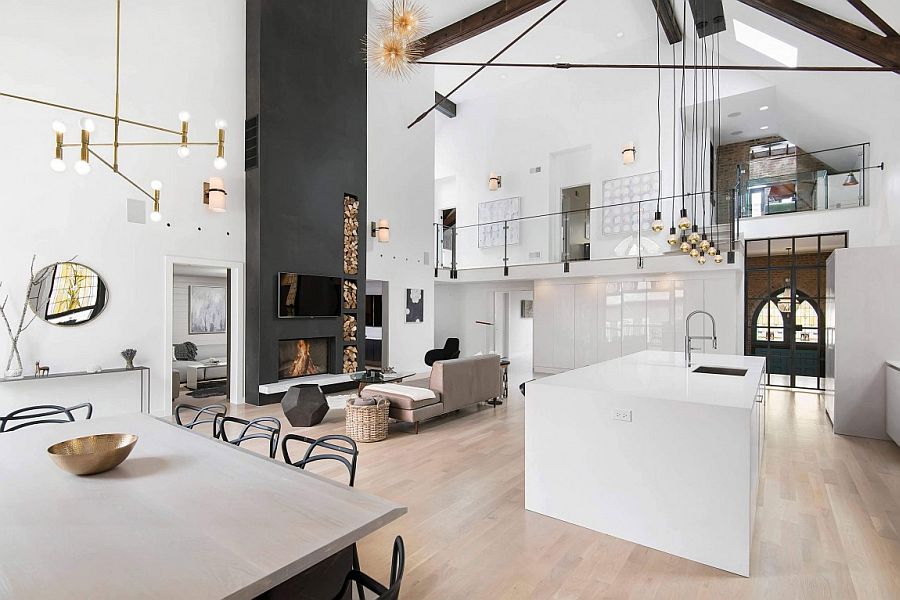 After entering through a pair of wooden blue double doors, visitors ascend a short set of steps and walk through the entrance hall, emerging in an open space consisting of raw materials, canvas-like white walls, staggering volumes, and brass accessories. In charming juxtaposition to these elements are the vestiges of the old church: thick wooden beams, a black quartz chimney, and of course, the whole holy exterior. The wallpapers tend to feature bright prints or geometric shapes, while the floors are adorned with colorful ceramic tiles. A few of the church’s nooks and crannies have been turned into reading corners and other creative crawl spaces, adding allure and curiosity to every possible living space and ensuring that every feature is used to its fullest potential.