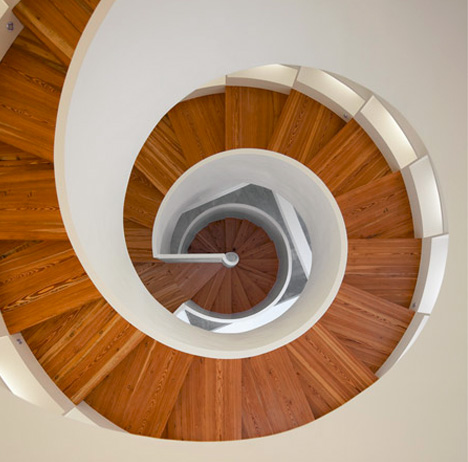 This home of a 19th-Century poet, converted to a contemporary literary center, was designed to feature volumes by famous writers from around Portugal. 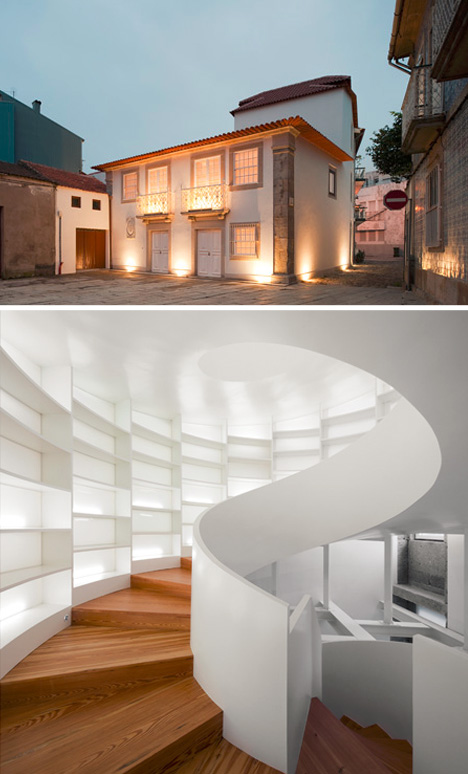 The original structure had to be gutted, leaving only the exterior walls and the open question of what to do with the interior. 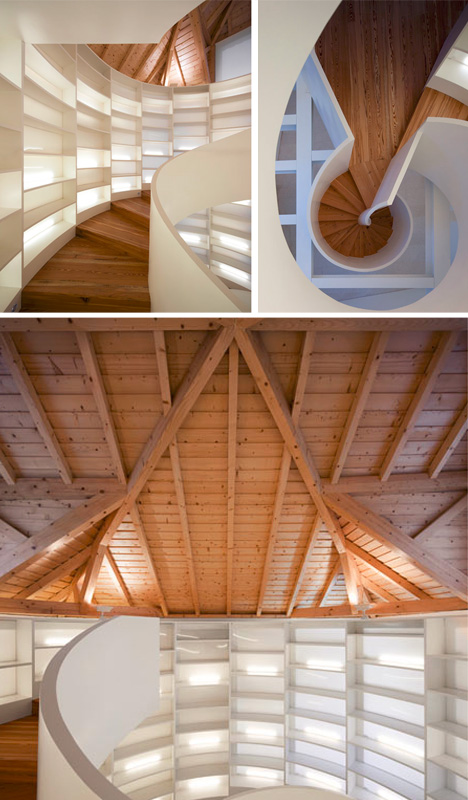 Designed by Manuel Maia Gomes (images by Fernando Guerra), the new wooden steps compliment the exposed ceiling beams and rafters, connecting visually up through the two stories the staircase spans. 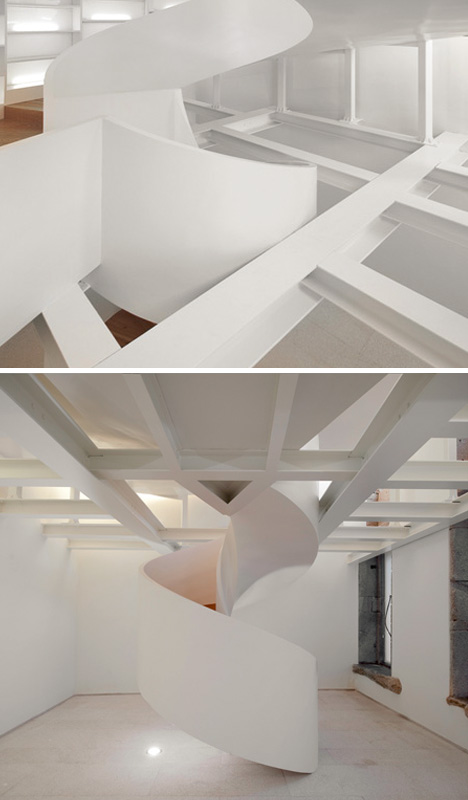 Back-lit white shelves illuminate this navigational core, and provide a neutral backdrop for the thousands of books to be set on them at each level, all lifting off from a light-touch landing on an open white-walled first floor.

“The recovering works of this building where done to host a institution in charge of spreading the literair heritage of local and national writers, philosopher and poets. This house where the poet and philosopher Antero de Quental lived from 1881 intel 1891, was about 30 year, ago subject to works which completely destroyed the image of its original shape. The interior was completely demolished, remaining only part of the outer walls. The interior walls where replaced by a structure consisting of beton pillars and beams, filled with hollow ceramic brick.”

“The preliminary work’s for demolition of the existing build elements has identified the foundations of the old walls, witch where reconstructed in the traditional technology using granit stone. We can conclude that de volume and partitioning of the house now restored, is close to the old building where the poet lived, except in the interior now changed, in order to obtain larger rooms while maintaining the basic domestic typology.”