Despite the monumental impact radio has made on the world, it rarely receives the recognition it deserves. Henry Chebaane, renowned creative director of London studio Blue Sky Hospitality, is hoping to change all that with his new five-star hotel, the Hyatt Centric Madrid, which itself has been built along the city’s Gran Via. The iconic area, known as Spanish Broadway, contained a historic building that Chebaane found to be the ideal place to develop a hotel dedicated to the wide world of radio. The hotel is Spain’s premier Hyatt Centric and is located close to the Royal Palace, El Retiro Park, and the Prado Museum. 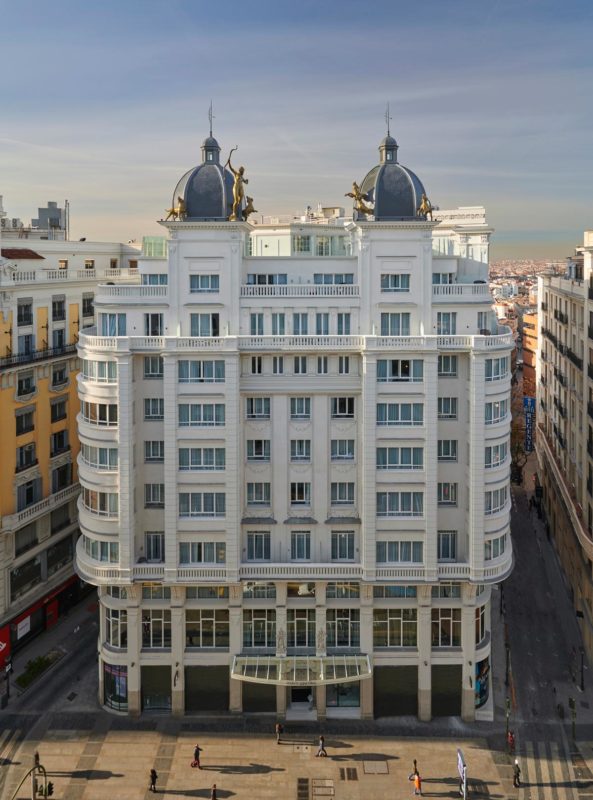 The Inspiration for the Hyatt Centric

Chebaane, who considers himself a “designer of whimsy,” explained that the spectacular project was mostly inspired by the history of radio and Spanish surrealism. After studying the history of the 1920s building and the surrounding neighborhood, he discovered that it was actually the place where Spanish radio broadcasting was born when Cadena SER, Spain’s first national station, delivered its first broadcast in 1926. 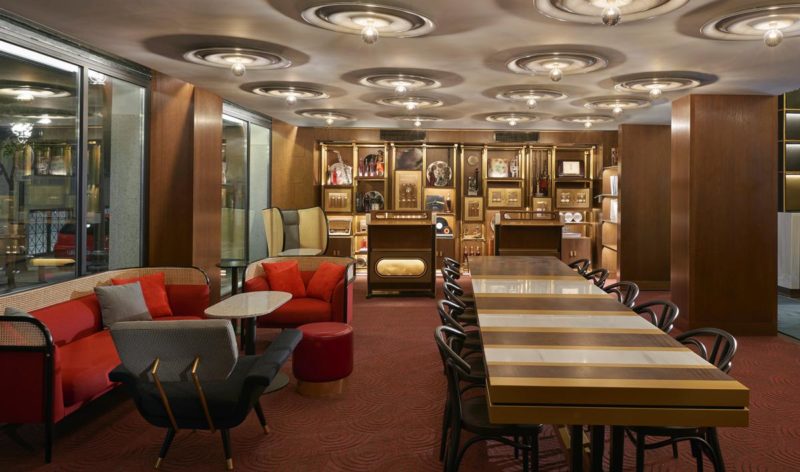 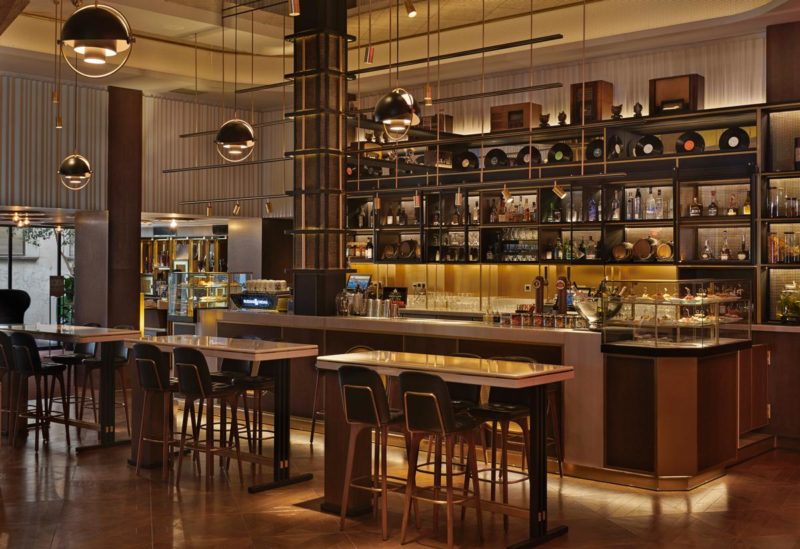 A representative for Blue Sky Hospitality concurred with Chebaane, stating: “The design concept blends styles dating from the building’s inception almost 100 years ago up to today, like successive waves of a broadcast. As a consequence, it looks and feels like it could have always existed on this site, slowly evolving with the times, yet the vibe is unmistakably today’s — with props, live DJ sets, and a vermouth library.”

Each floor of the mesmerizing hotel offers something different. The fun begins at “Ondes” (Waves/Vibes) on the ground floor: a glitzy multimedia replica of radio history that pays homage to past music halls, theaters, and radio stations. This area boasts an open stage for scheduled as well as impromptu performances, a 50s-style media studio with three radio pods, stepped seating, an assortment of pop art sculptures, and an art decor selfie photo booth to memorialize your visit. The through-the-looking glass decor, including a massive antenna extended across the ceiling, makes guests feel like they’re standing inside the belly of a giant, partially dismantled old-school radio. 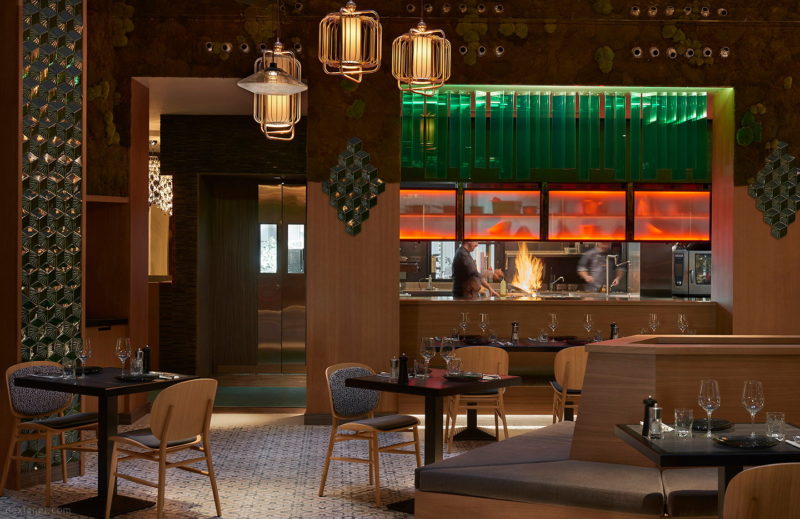 Proceed to the next floor, and you’ll find yourself immersed in a combination of lush greenery, an over-the-top show kitchen highlighting black, anthracite, glass, and silver in a common work area, and a crudo bar overflowing with an exciting variety of raw foods. Wet your whistle at the island cocktail bar, which serves gins from all around the world. 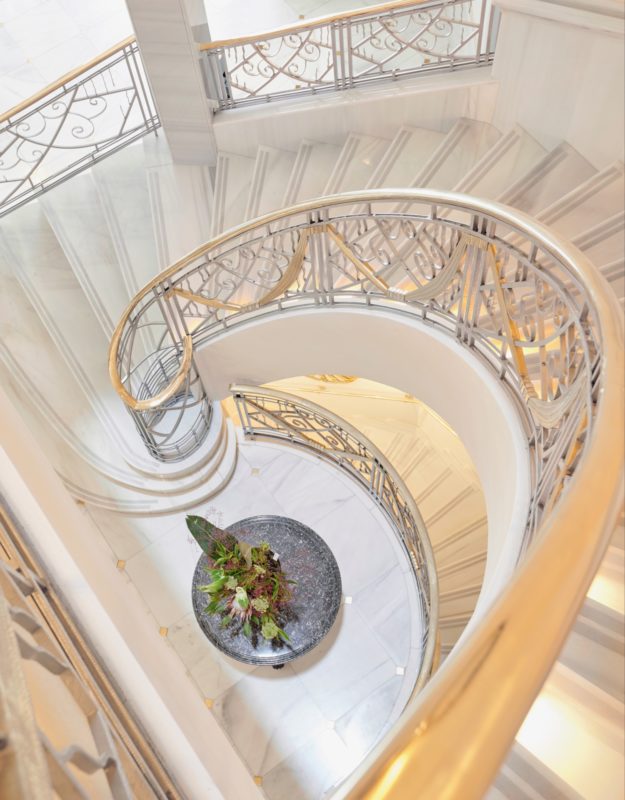 Chebaane told one magazine that he believes “a hotel should be more than a place to work, sleep, and eat. Conceived and designed thoughtfully, it can become a meaningful contributor to the social and cultural life of any location on the planet. Hyatt Centric is a dynamic lifestyle brand that understands the concept of being an urban launch pad for cultural explorers of a destination very well.”

Aside from being an unrivaled playground for adults, Hyatt Centric Madrid is also tastefully decorated with a diverse combination of rich walnut, aged brass, and striking combinations of black, white, and red. Furniture depicting the trends of the past three centuries is found all throughout. The ceiling in the bar and restaurant is covered with a mesmerizing patchwork of fluid silver graphics, creating a hypnotic atmosphere when the city lights of the Gran Via reflect off it from below. The hotel’s 159 guest rooms, also designed by Chebaane, inspire exploration of all its other fascinating areas. Visitors are also welcome to revitalize at the hotel’s 24-hour fitness center.