The cave houses known as “yaodong” have dotted the hillsides of China’s snowy Loess plateau since the second millennium B.C.E. This form of earth-sheltered architecture, which typically consists of a sunken central courtyard excavated into the hills with the facades all facing each other, makes use of the natural insulating properties of rock and soil to keep warm in the winter and cool down in the summer. As ancient as they may be, yaodong dwellings are still among the most popular in the area, home to an estimated 40 million people as of the last count in 2006.

Simply put, the style just works, which explains why hyperSity Architects stuck with it when completing a dramatic renovation for Chinese internet personality Ye Liangchen. At the start of the project, all the team had to work with were the crumbling remains of a yaodong home in Weinan. Outdated and on the verge of collapse, the 540-square-foot residence hearkened back to a time when a lack of indoor plumbing was the norm, and its interiors were dark and dank to say the least. Some of its excavated rooms were set 36 feet below the grassy surface of the hill. To make the home structurally sound again, they’d have to remove almost all of the original elements and replace them with modern equivalents that would still stand the test of time. 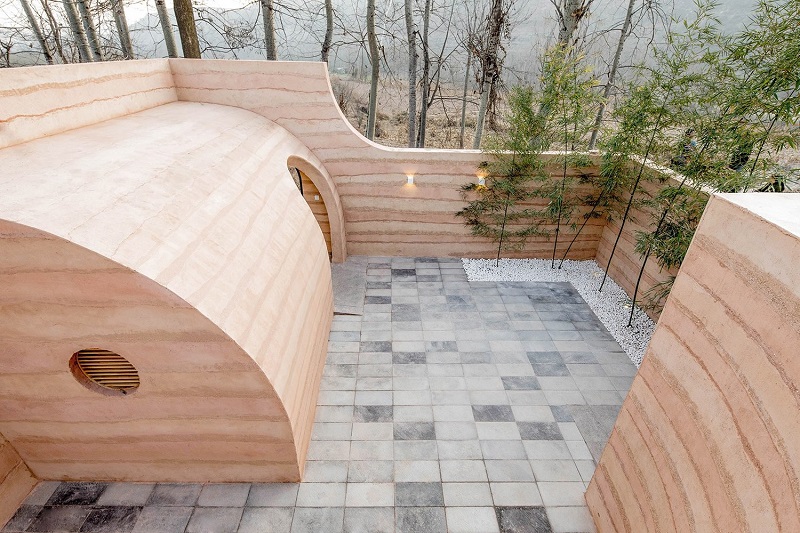 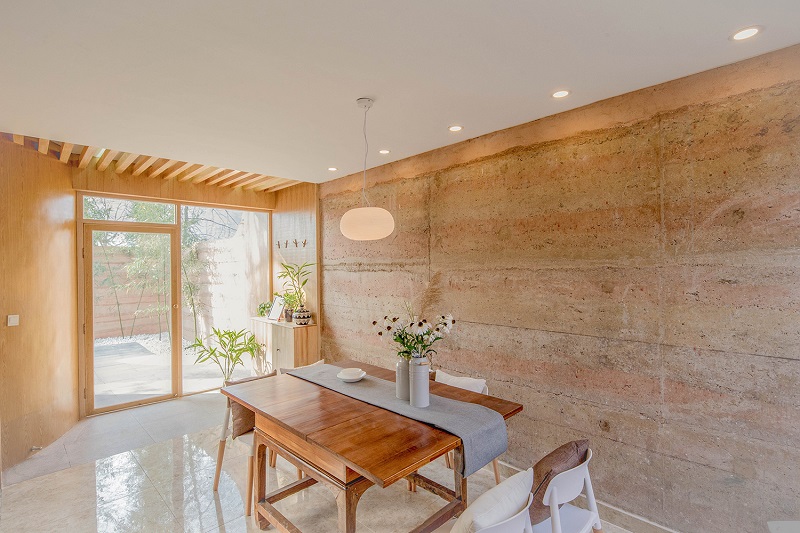 Their solution? Attractive and unusually durable rammed earth, which is just another way of defining the ancient practice of building structures out of raw materials like sand, clay, gravel, and lime. In China, it’s known as “hangtu,” and evidence of its use can be found everywhere from the Great Wall to the Neolithic archaeological sites along the Yellow River. Though older examples of rammed earth typically had a more brick-like appearance, modern rammed earth constructions are often characterized by long, thin layers of compacted materials tinted with natural pigments like iron oxide. 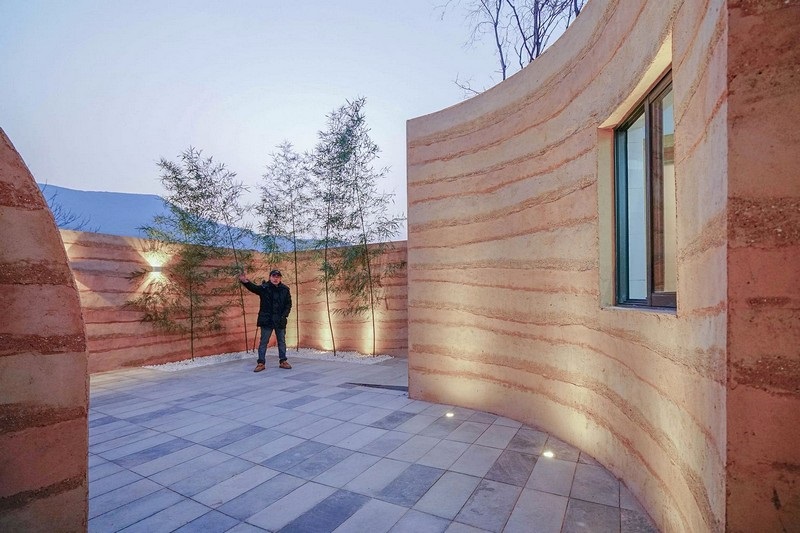 The architects took the identifying elements of yaodong and crafted them into a contemporary dwelling with stunning results. To honor tradition and avoid eclipsing the remains of the older yaodong houses nearby, the architects kept the same rough dimensions of the original home, using mixed clay and sand from the tops of surrounding mountains to create a highly specific shade of rammed earth that reflected local building traditions. These materials are environmentally friendly and low cost by nature. 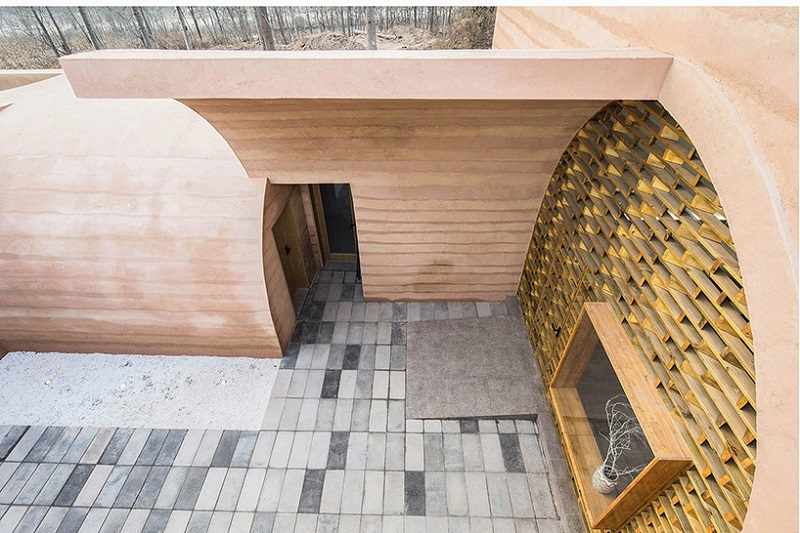 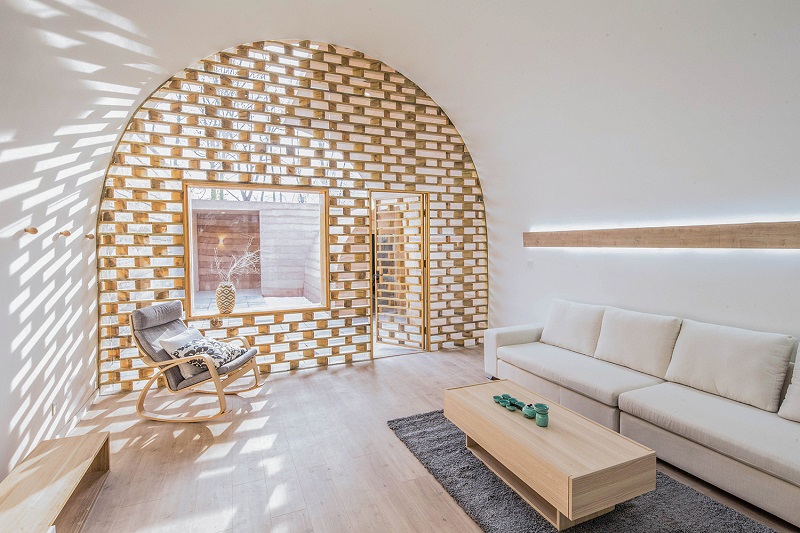 In rebuilding the home, the architects also gave it a brand new layout, working in a dynamic series of courtyards to create an interplay of in and outdoor spaces within a walled envelope and quite literally bringing nature into the house.

“The architect intends to maximize the outdoor space visually and psychologically,” explains hyperSity. “Hence, five scattered courtyard landscapes are created within the compound and connected through a zigzag path similar to the Chinese garden to create a tranquil atmosphere and infinite spatial experience. These areas also enable fresh air and daylight to enter every single room.” 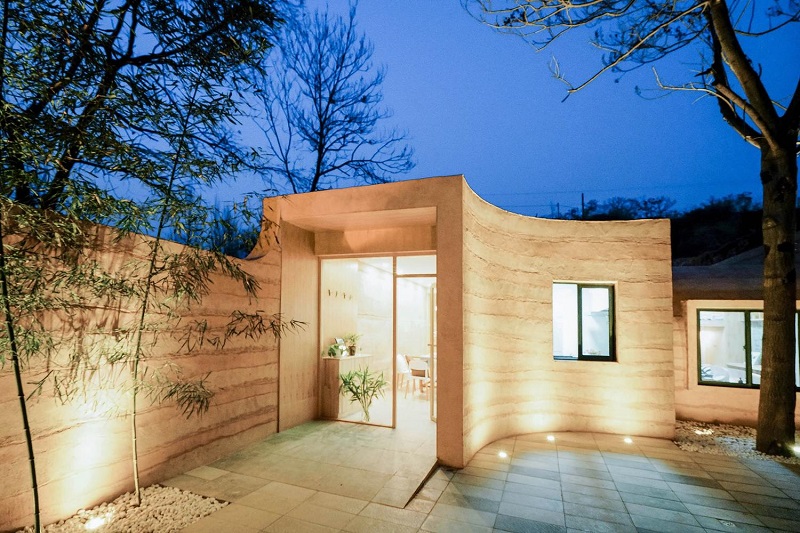 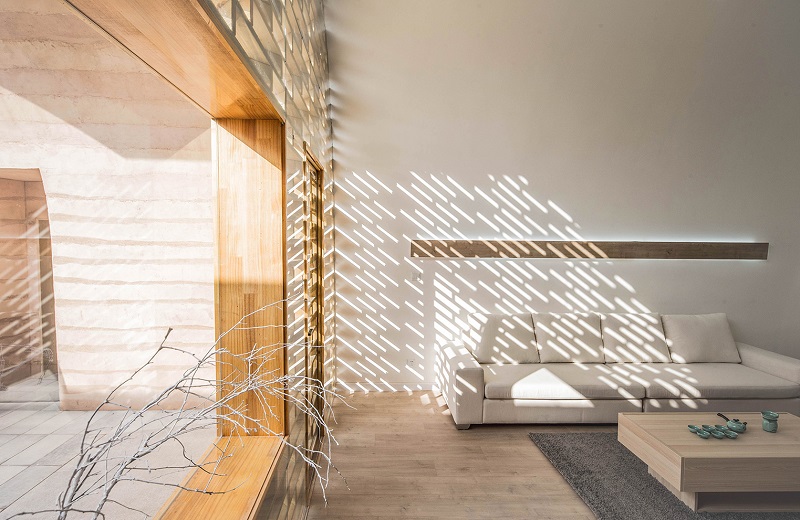 “The application of rammed earth not only reflects the local building traditions, but also brings in the strength and permanence of stone with the warmth and simplicity of wood…rural people deserve a modern life and ample modern facilities. However, rural areas should not be the lower versions of the city, and [they] should not be the followers of the city. Instead, it should maintain the intimated relations to the sky and the land.”