California is a state revered for its variety of landscapes, from colorful deserts to pristine beaches and snowy mountaintops. Still, an area that often goes undiscussed and undervalued is the rolling countryside of Central California. Feldman Architecture‘s newest project, the “Caterpillar House,” aims to amend this and celebrate the land it sits on by incorporating the natural scenery into its design. 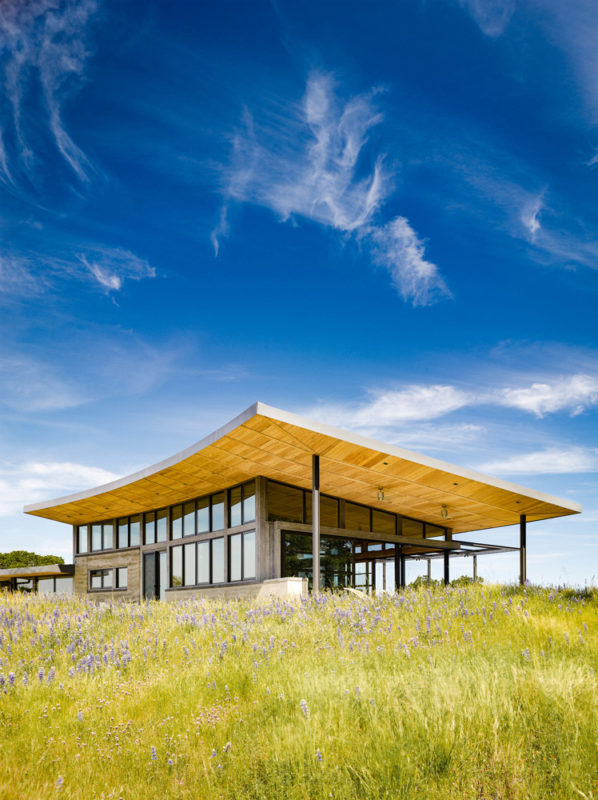 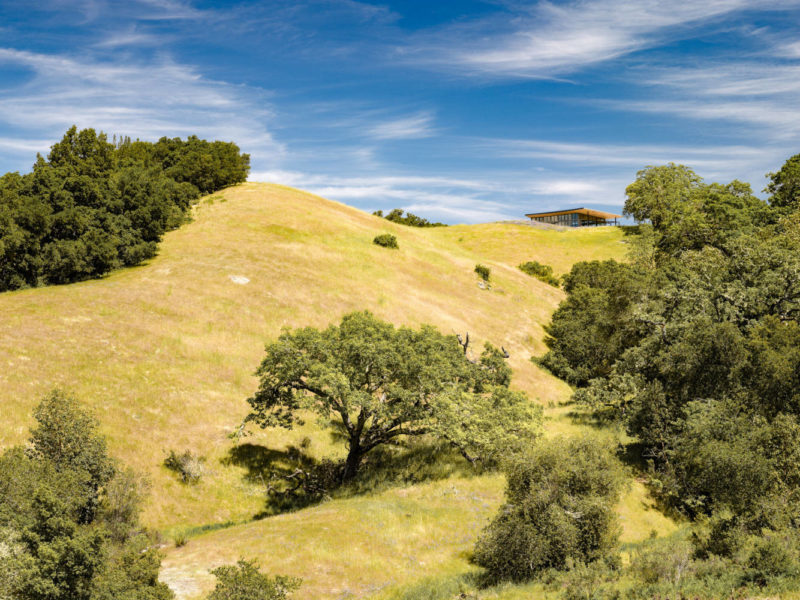 The house is located on the Santa Lucia Preserve, and since the local landscapes massively influenced the design, it seems important to understand the area’s value and history. It was originally home to the Rumsen Native Americans, but it was later stolen by conquistadors and converted into a Spanish mission. The Santa Lucia Preserve was then gifted as a Mexican land grant and passed through many purchasers as a ranch. Finally, the ranch left private hands and entered its current state: a connected community supported by “a non-profit, independent conservation trust established to manage and protect The Preserve Lands in perpetuity.” In fact, this home is one of very few developments in the area, as only one-tenth of the land is allowed to be altered and built on. 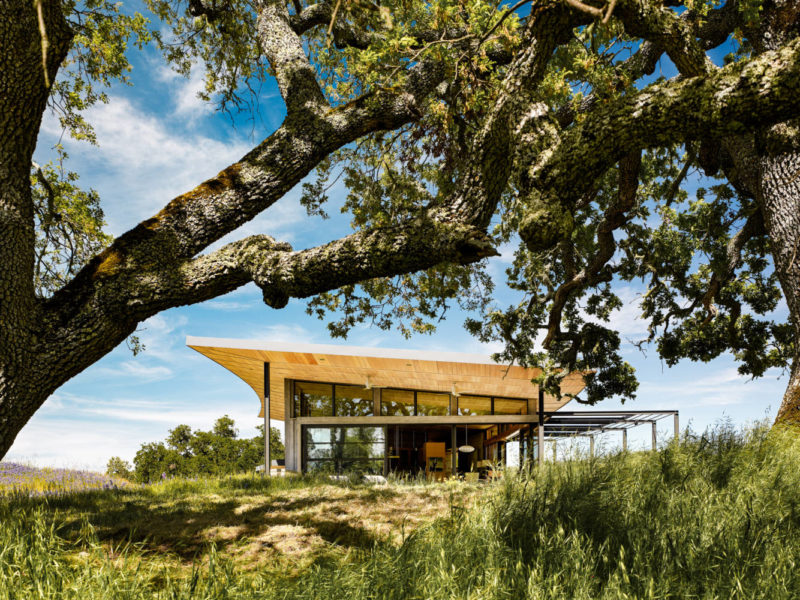 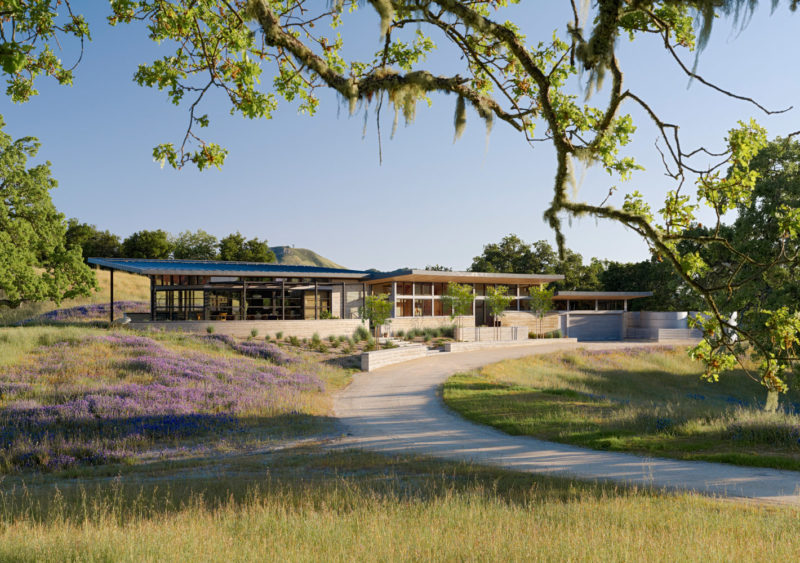 The non-profit organization is ultra-selective when deciding who to work with. Every firm and construction team must create a home that fits into the landscape and makes the natural scenery the centerpiece of its design. The Caterpillar House does exactly that. Since the client wanted the design to be environmentally friendly, the firm planned for a home that would “implement sustainable elements while exploring a contemporary version of ranch ideals.” 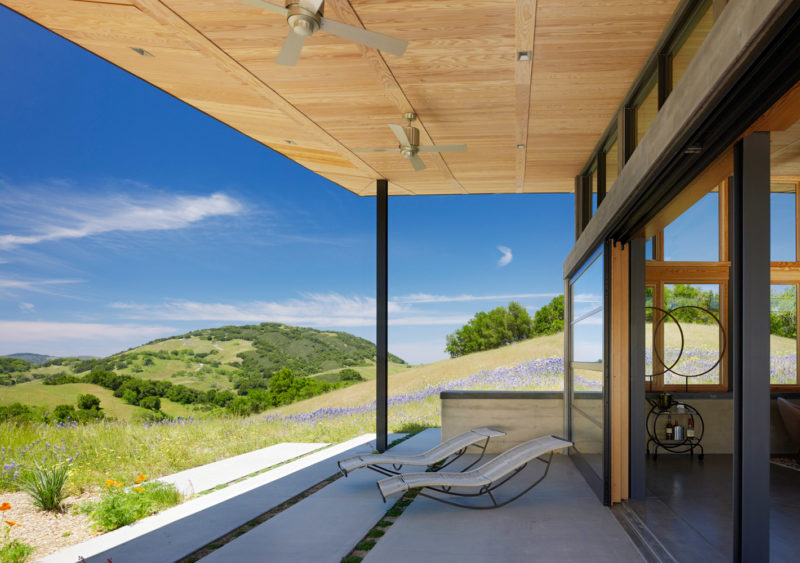 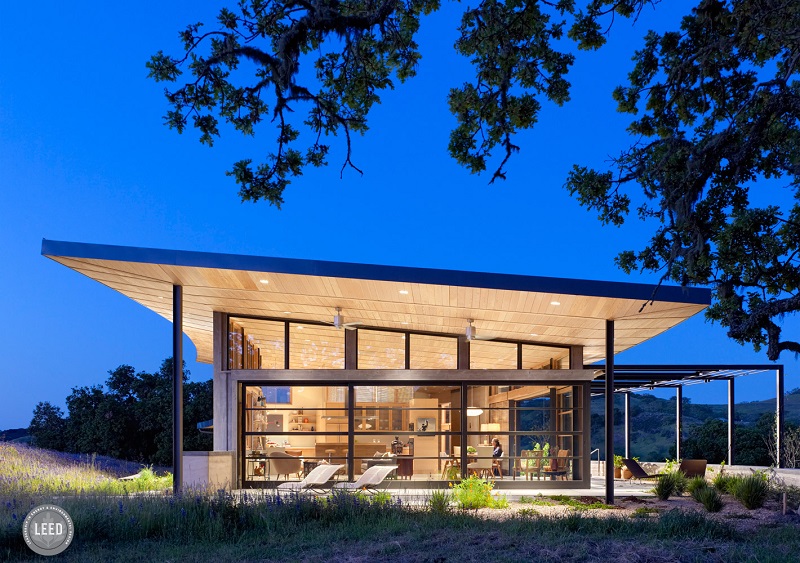 The home was built using low horizontal massing and an open framework to facilitate the connection between the indoor and outdoor spaces. The structure relies on the preserve in a very literal way, as some of its walls were built from the “excavated earth” in the area. These walls curve with the contours of the land, allowing the house to take on its most natural shape. The walls not only lend to a connection between the home’s inhabitants and the Earth, but they also work to lower energy emissions bythermally regulating the temperature of the home. The house is also equipped with a few rainwater tanks, which should be able to handle any necessary irrigation duties. One final environmentally-friendly feature is the home’s integration of photovoltaic (solar) panels. These panels create all the energy needed to run the household. 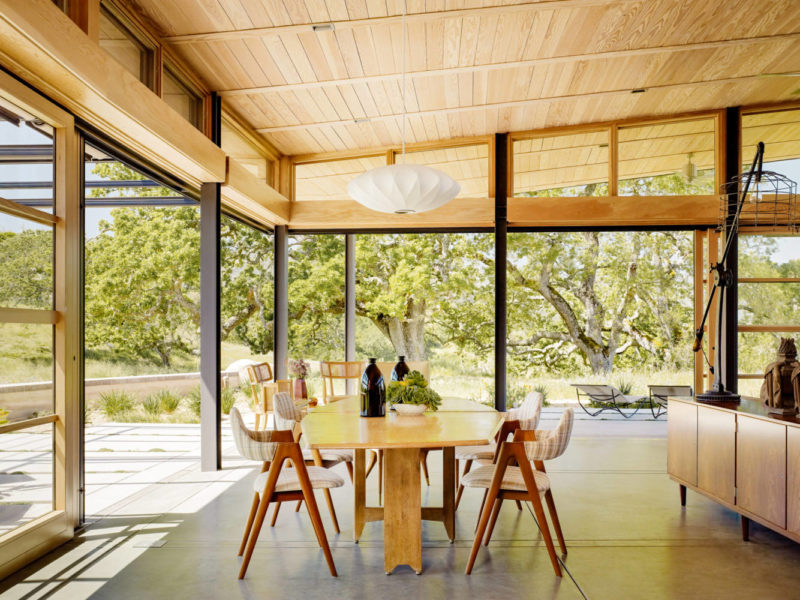 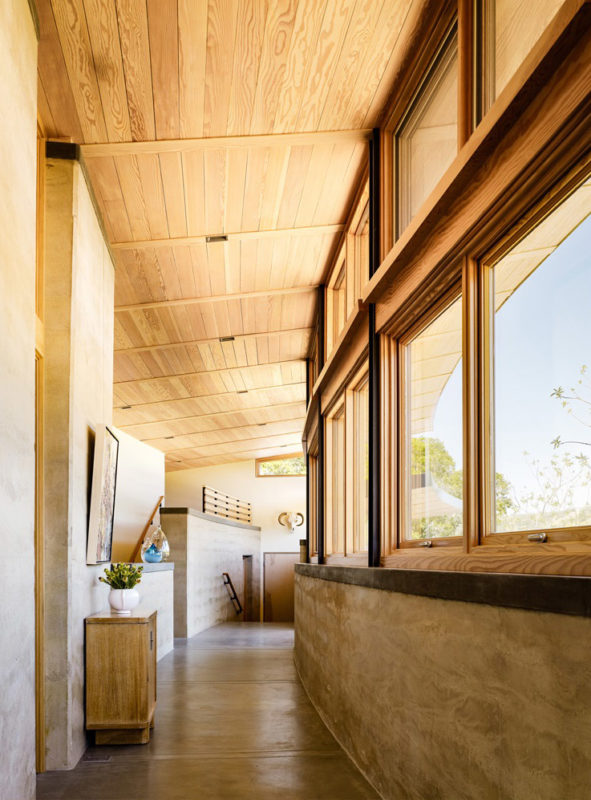 Though the focus of this house was to showcase and preserve the surrounding landscape, careful consideration also went into the asthetics of the design. Walls are filled with large sweeping windows, providing incredible views no matter where you are in the home. The rest of the home is comprised of the previously mentioned “excavated earth” walls and light, simple wooden fixtures. The decor is a mix between contemporary and Boho-chic, made up of both simple, minimalist couches and statement-piece tables made from gnarled tree trunks. 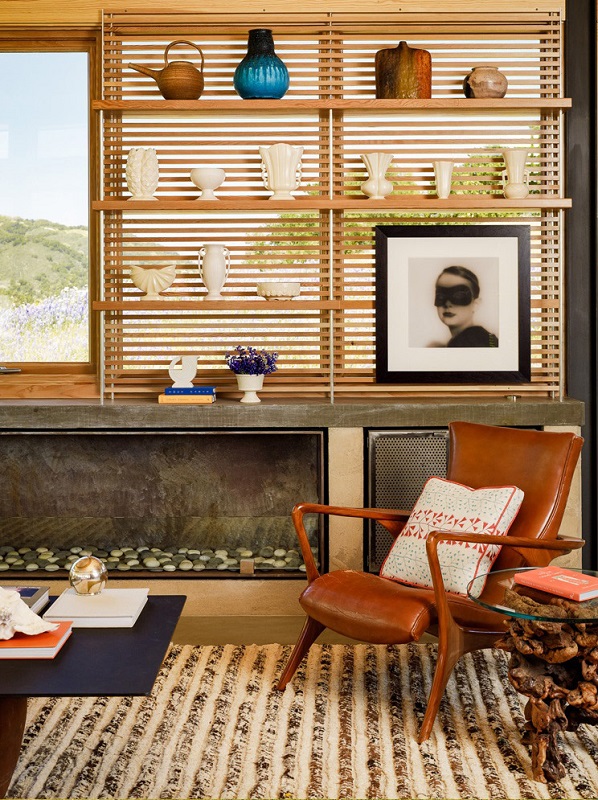 This design has received considerable recognition since its unveiling. Feldmen Architecture received the AIA Monterey Bay: Citation Award for Excellence in Design and was named Interior Design magazine’s Honoree for Best of Year: Custom Home Design for this beautiful and inventive home.