California has some of the most unaffordable housing in the United States, with median home prices reaching over $920,000 in Los Angeles and $1.5 million in San Francisco this year. Rent in many locales is outpacing rises in real estate costs, even in once-cheap cities like Fresno. 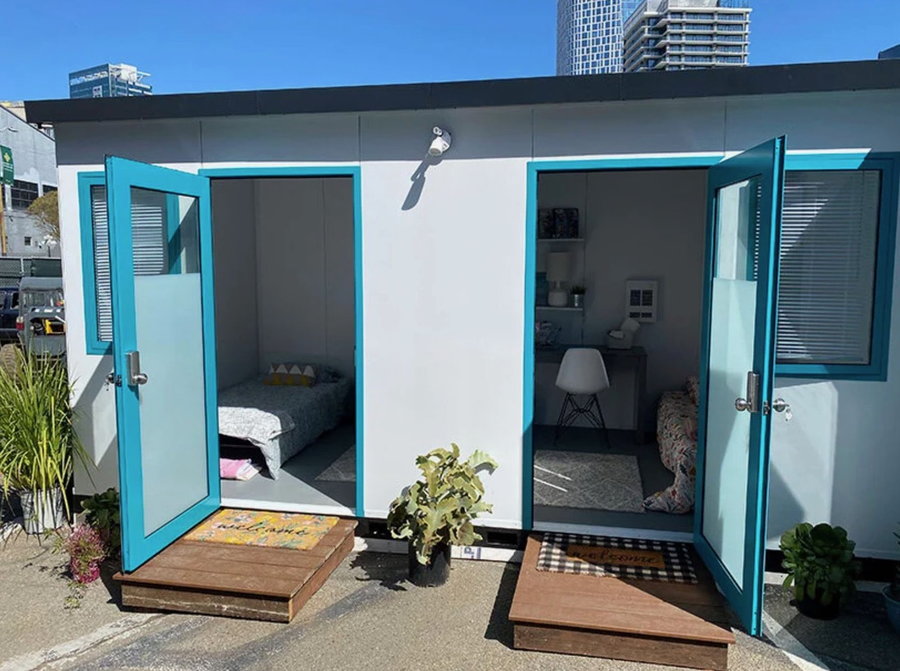 Considering that the minimum wage hasn’t kept pace with inflation since 1968, what’s the average resident to do? An unprecedented number of unhoused people have no choice but to sleep on the streets. While some city governments are simply sweeping the houseless population from one park to the next like a game of whack-a-mole, groups like DignityMoves are focusing on building communities of tiny homes as a temporary measure until more permanent housing can be secured. 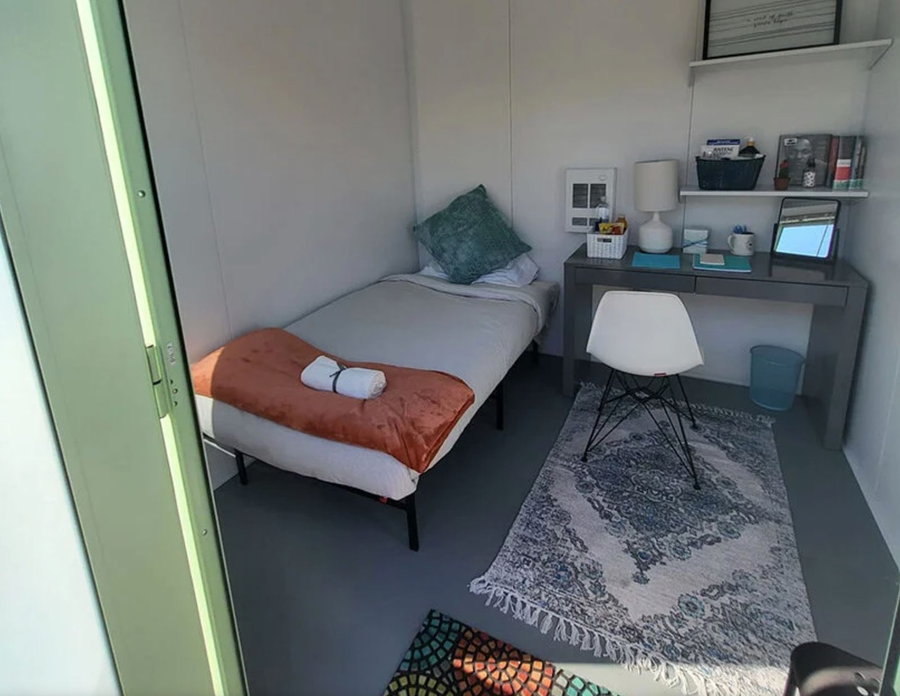 “Central to DignityMoves’ vision is that everyone receives a private room with a door that locks,” the group explained in a press release. “Many experiencing homelessness are reluctant to accept beds in traditional group shelters. DignityMoves believes offering this sense of security will make clients more willing to engage in the critical supportive services needed to address the barriers to stable housing. One resident shared, ‘When I was living in my tent, I felt like I was constantly in survival mode, worried about my safety and where I might find my next meal. Now I am warm and dry and can lock my door at night.’”

These temporary, portable tiny homes are designed to last about 20 years. For structures that need a longer lifespan, DignityMoves partners with other manufacturers like Connect Homes, who built a 60-room community on city-owned land in the city of Rohnert Park. The group also collaborates with local agencies who provide supportive services like case management, mental and behavioral healthcare, job placement, and housing placement support. Private philanthropy and impact investors provide the funding. 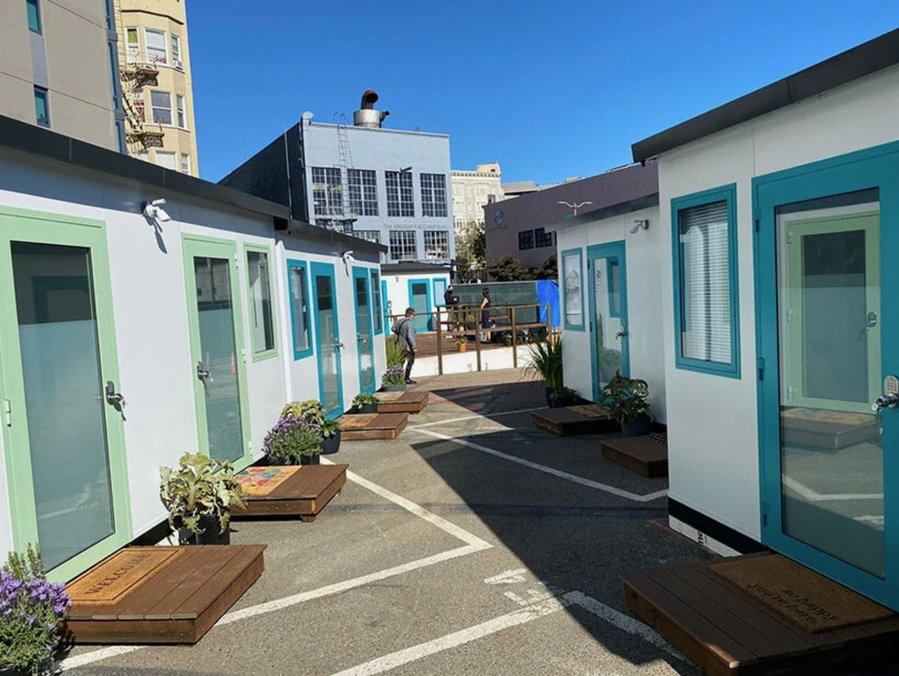 San Francisco’s tiny home village will replace a city-sanctioned “safe sleeping village” full of tents. Though not exactly luxurious, the tiny houses are certainly an improvement over fabric shelters, especially in winter.

Crucially, DignityMoves sees them as just one tool in a toolkit for addressing homelessness; they’re not an all-in-one solution. What comes next is much more important. Organizers need only look to the spectacular failure of another recent attempt at offering temporary-to-permanent shelter to see why.

After authorities cleared an encampment at Echo Park in Los Angeles and provided transitional housing under a state program called Project Roomkey, only 17 people received long-term housing out of 183 displaced campers. Some of those people reported being placed in a prison-like environment with strict curfews, no-visitor policies, and requirements that they come with no personal belongings. Some rules, like mandatory daily room checks, made it hard for people to find work. Some got kicked out, some chose to leave, and only a few ever received housing vouchers. Those who did reported being unable to find landlords who would take them. 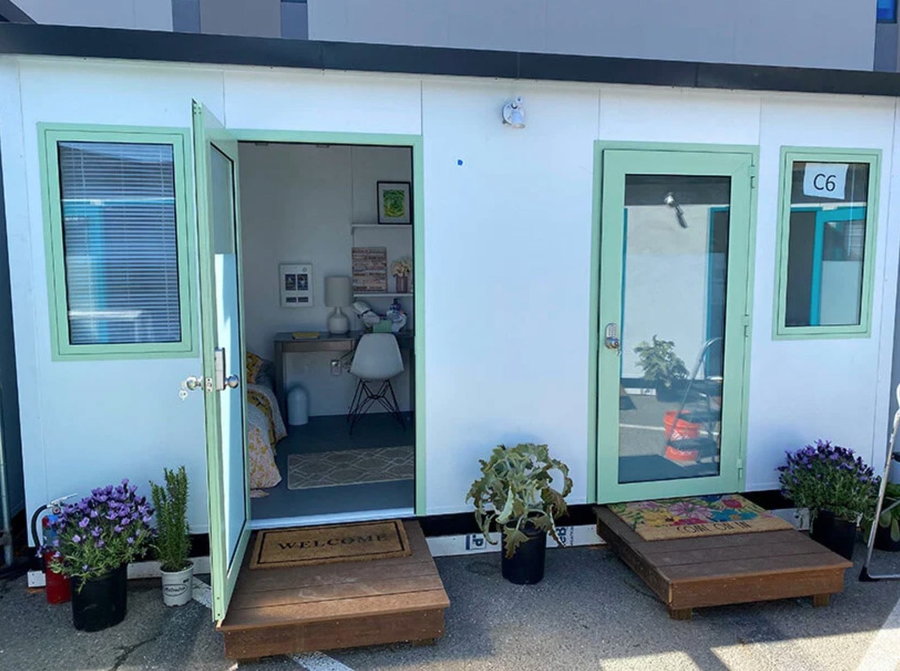 Ultimately, the project demonstrates that automatically treating unhoused people like criminals isn’t the answer to the homelessness crisis. Housing needs to be more affordable for everyone, and achieving that is going to require massive systemic changes in the way we monetize real estate, compensate employees, and structure wealth in this country.