There’s something a little disquieting about the idea of prefabricated buildings going up next to stone structures that have stood the test of time for centuries on end. Maybe it’s because this kind of “fast architecture” has certain connotations attached to it that could be considered negative: they’re often not as sturdily built, the components used to make them are typically modern manufactured composites rather than time-tested natural materials, and sometimes they even seem disposable. They may be built for quick disassembly and portability, but the term “prefabricated” is no longer limited to cheap, ugly trailers off-gassing toxins. 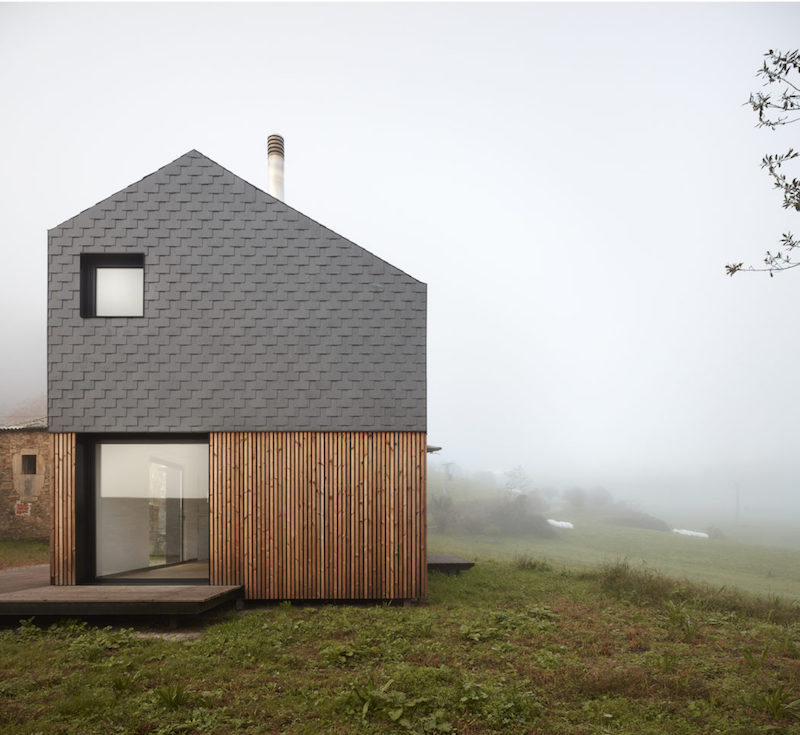 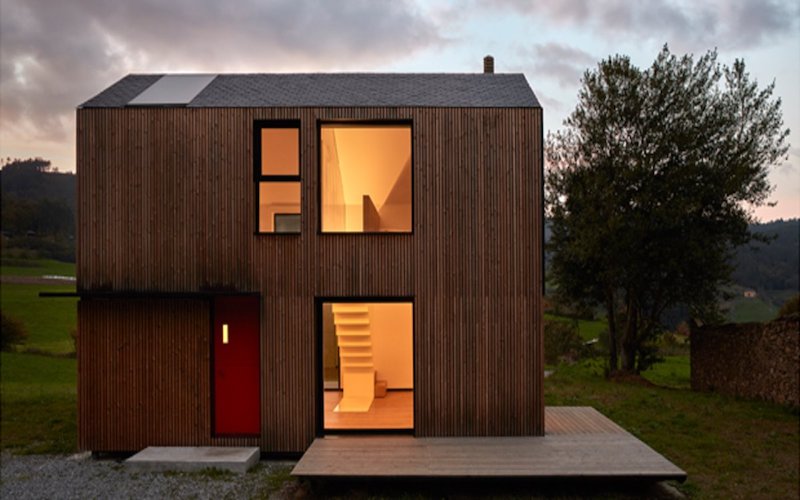 Casa Montaña by Baragaño Architects is a great example. Looking at it beside the crumbling buildings of a former granary complex in the coastal region of Asturias, you note the contrast between old and new — but it’s not at all jarring. The new home doesn’t seem out of place, nor does it look shoddily built. The natural materials on its facade complement those of the preexisting structures. It’s solid and warm, with an amber glow emanating from its windows. And yet, it was assembled in a mere five hours. That’s right, hours. Not days or weeks.

Built as a second home for a British landscaper and his family, Casa Montaña is a two-story structure comprised of a striking asymmetrical gabled roof and four basic cubic modules. Before being transported to building site across the Cantabrian mountain range, these components took about four months to complete in a factory. All told, the project cost just £137,952 (about $192,560 USD), even though money wasn’t the main motivation for making use of modern prefab technology. 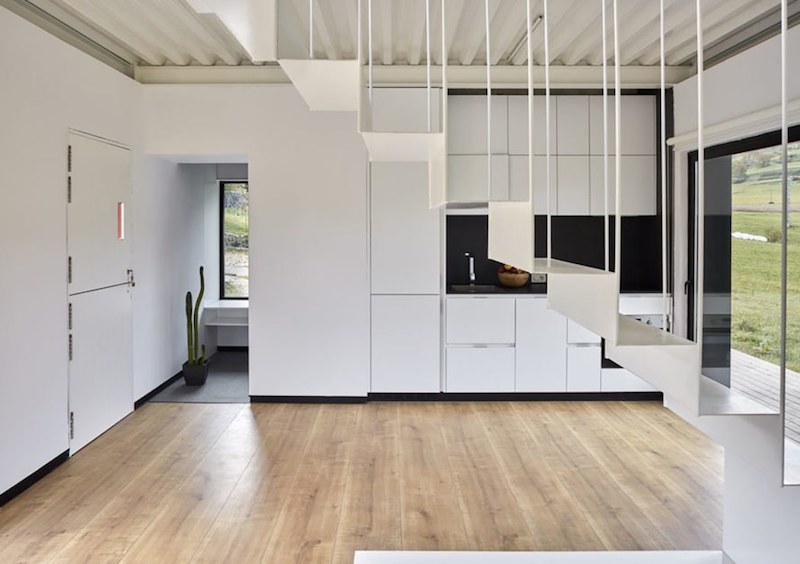 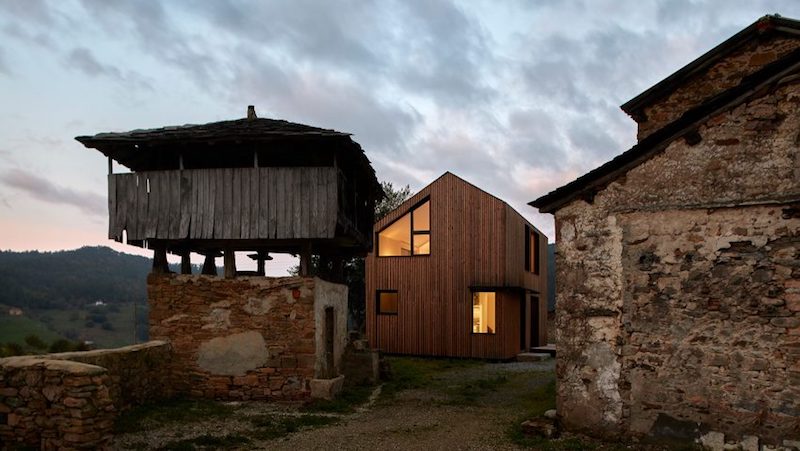 Actively conceived of with the help of the client’s input, the design aimed to show “absolute respect” for its rural environment from the very beginning, according to the architects. The home’s shape, scale, and materials were all influenced by the surroundings for a harmonic result. Galvanized steel sheets act as the core for each module, all of them covered in vertical wooden slats that will weather and age over time to just slightly blur the distinction between new and old. Welders joined all of the modules together onsite, and a local craftsman completed the black slate tile cladding. 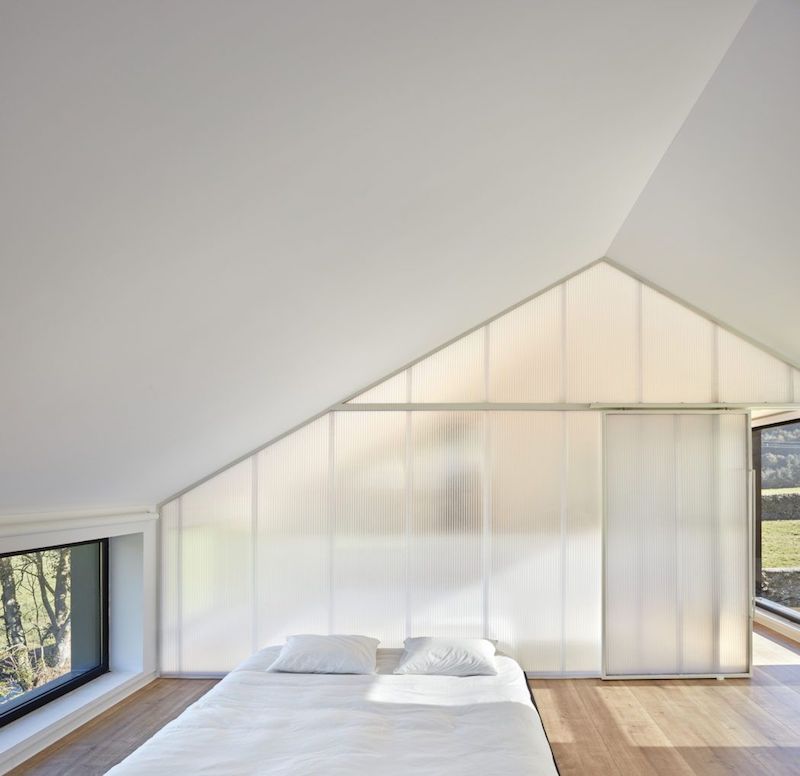 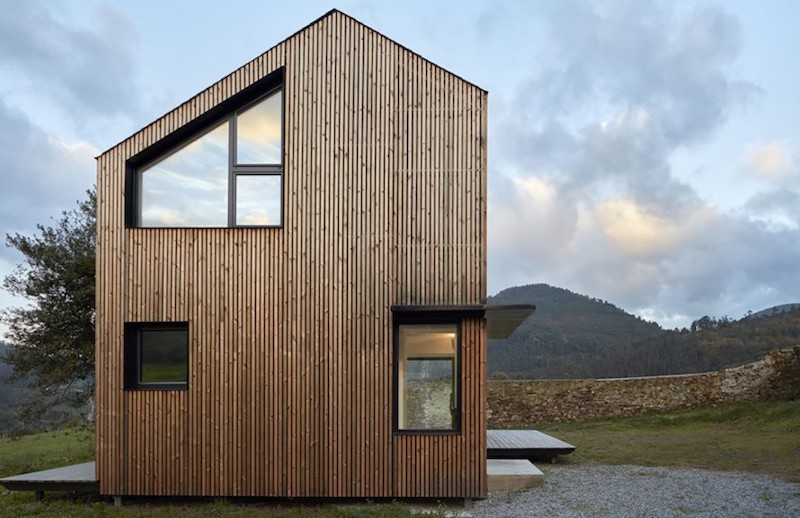 Among the benefits of prefabrication, according to Baragaño Architects, are lower costs and lead times, the reduction of risks like worker injuries or damaged materials on the job site, a wide variety of options for materials and finishes, and highly adaptable designs. The use of materials is also highly optimized, often incorporating reclaimed elements and allowing waste materials to be reduced and recycled. Impact on the site and neighbors is far less than that of a standard construction would be, both structural safety and precision can be ensured, and accessible floor plans and elevators can be added in later if desired.

The architects add that “the modular construction system manufacturing assembly line not only seeks to optimize energy resources, human and material, but also to optimize in benefit of customization and adaptation of the building.”