Art is all about making statements. Whether symbolic, metaphorical, obvious, or simply interpretative, the artist’s intent is quite often an inherent part of what they create and put on display for public consumption.

But what if the artist’s message is literally a part of the art itself? 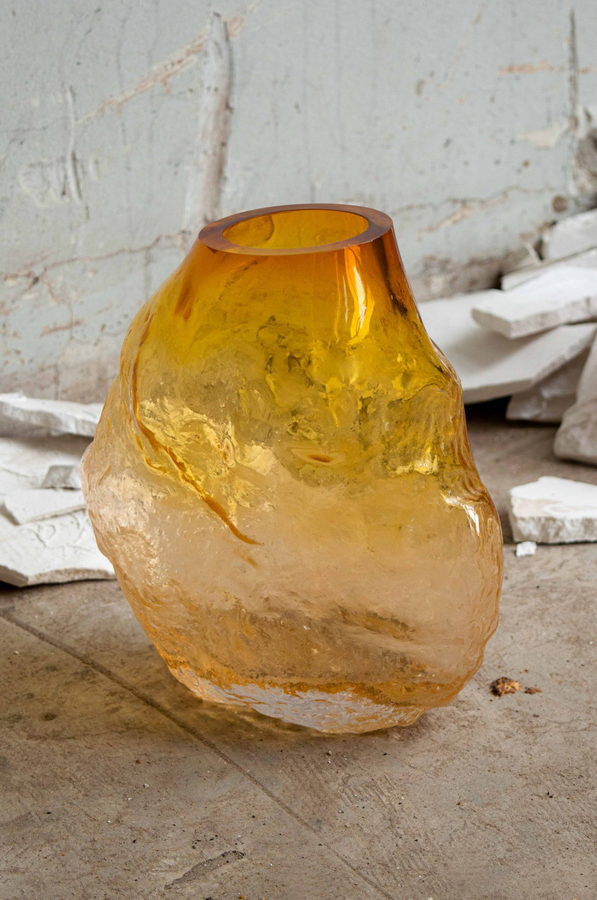 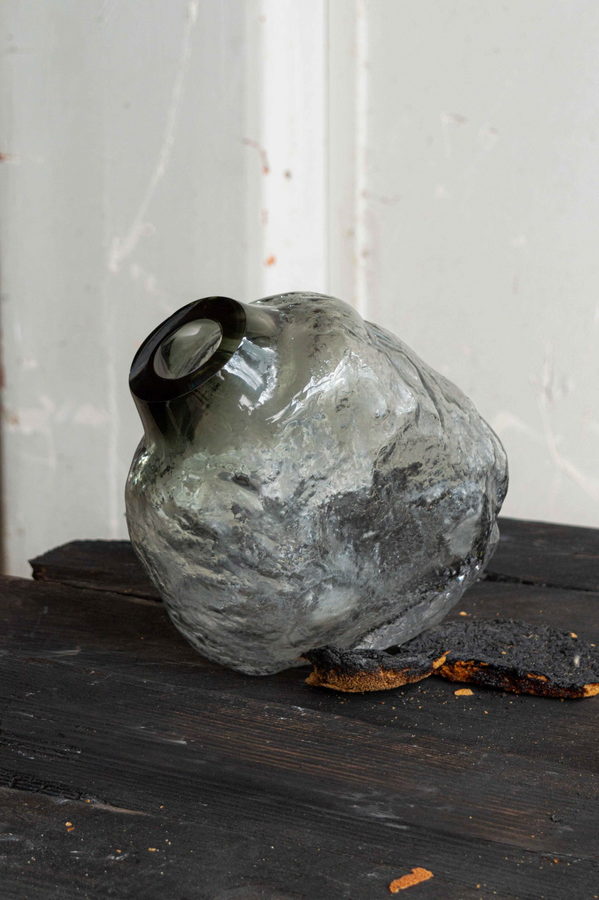 A new series of vases from Design Academy Eindhoven graduate Bruno Baietto may help answer this question. Meant to “highlight the role of bread as a symbol of class, politics, and religion,” according to Dezeen, Baietto’s series of beautiful colored vases were actually blown inside bread loaves, in addition to other important objects commonly associated with the bread-making process. 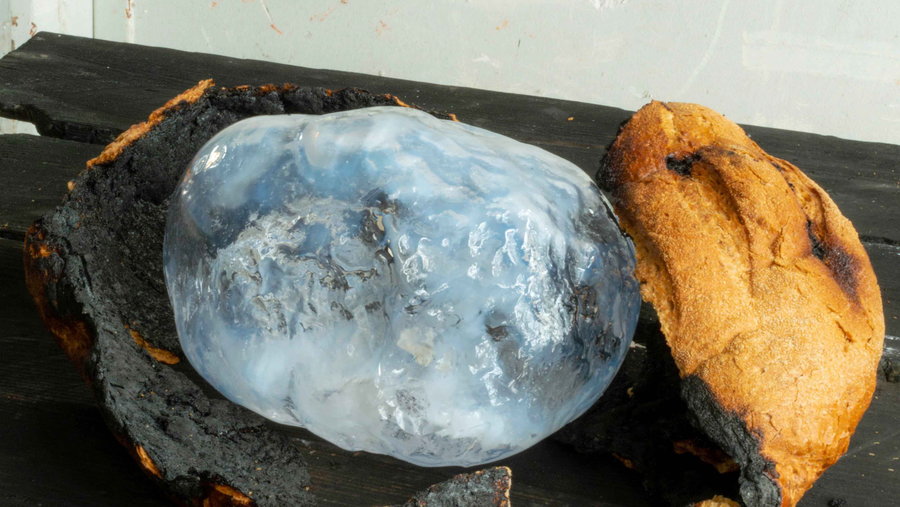 Baietto has since spoken out about his project, entitled “Follow the Crumbs That Fall From Your Own,” making it no secret that his methodology in creating these stunning and shapely pieces is also an integral part of his statement exploring bread’s symbolism around the world. He explains that “Under socialism bread is a synonym of labor and national progress, while under capitalism it is a staple food and the result of a large economy.” Bread is also highly symbolic within Christianity, and most importantly, an intrinsic part of Baietto’s own personal background. Growing up in Uruguay in a family of bakers, the artist felt it was “a natural decision” to explore bread’s ubiquitous presence in our everyday lives.

While the messaging behind this project is multi-faceted, the process behind Baietto’s work is relatively straightforward. He inserts molten glass into a hollowed out loaf of bread, which is then blown in the normal way. After the bread burns away, what’s left is a delicate and uniquely-shaped vessel that reflects the texture of the loaf itself.

Of course, there are also challenges to the process – namely the fact that the burning bread creates a large amount of smoke that isn’t usually allowed in glassblowing facilities. It was only with the assistance of master glassblowers Geir Nurstad and Josja Caecilia Schepman that Baietto was able to see his symbolic glass beauties come to fruition. He also created other objects for the project, including a porcelain vase made from the casting of a baguette baked by his own family. 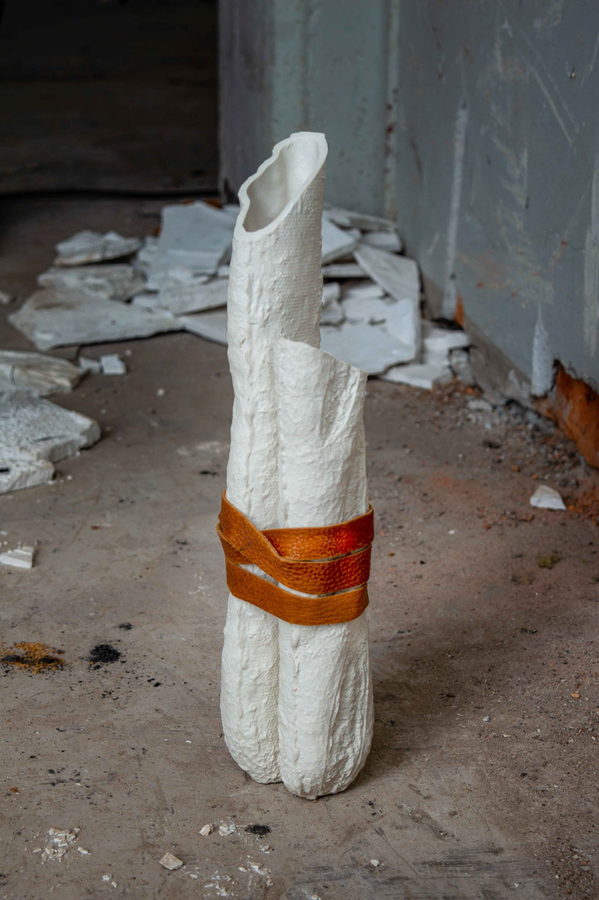 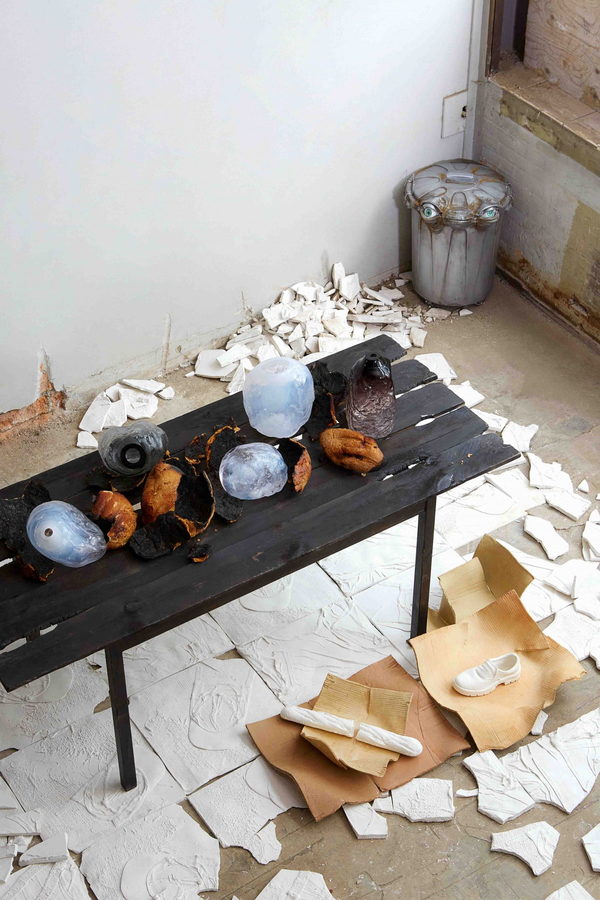 Ultimately, Baietto wants to show that art and design are not immune to manmade systems and ideologies, as they are often influenced by a larger agenda that is sometimes changed by the viewers’ interpretations. He feels that “When something is designed, it is actively materializing a belief system and worldview…in everyday life no object or practice is neutral, but rather a result of its context and ideological influences.” This even applies to bread. Seemingly an innocuous part of our everyday lives, it begins to take on much bigger meanings when applied to broader concepts.