Brick is one of the most ancient, widely-used building materials around. It evokes a certain sense of warmth and intimacy when used indoors, and a tactile, robust quality when used outside.

One new café in Melbourne’s trendy Fitzroy suburb is taking all its cues from the color, texture, and character of bricks, working them into both its interior design and its branding. The Bentwood café is located in a former showroom that belonged to the famed furniture manufacturer Thonet, who themselves made the iconic Bentwood chair that’s now widely used in cafés and restaurants around the world. 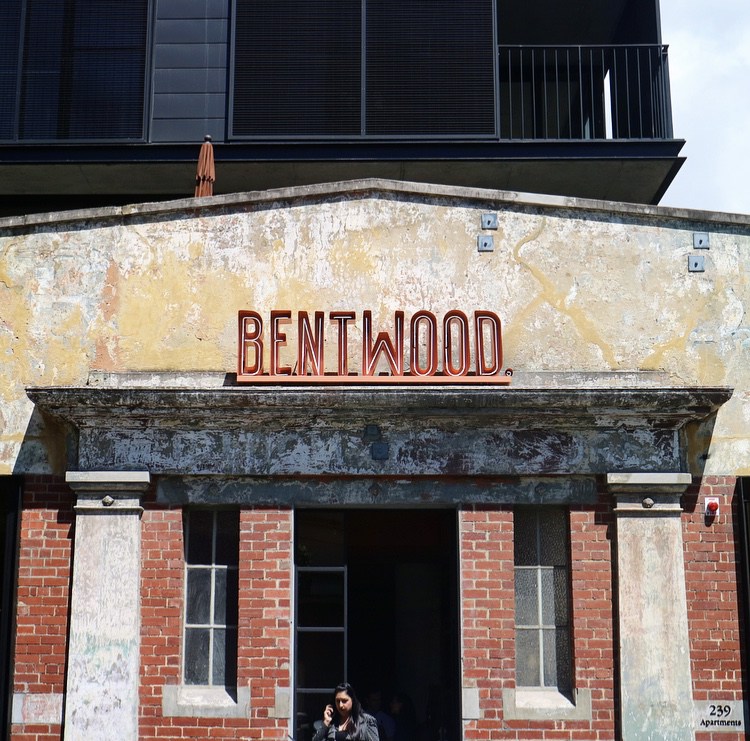 Before the building was home to the Thonet showroom, it belonged to C.F. Rojo & Sons, a company that also made wooden furniture, so it’s safe to say that craft has always been at the heart of this 20th-century building. Today, it’s owned by local coffee magnate Julien Moussi, who had the idea to turn it into a café whose design would go beyond that of the average coffee shop. The building wasn’t much more than an empty shell when architects Ritz & Ghougassian came on board to transform it into the Bentwood café, but in a lot of ways, that blank canvas (along with the openness of the brief) left a lot of room for interpretation. The architects explain: “There wasn’t a whole lot that was left other than the original red brick facade. However, I think the essence of its past is still there.” 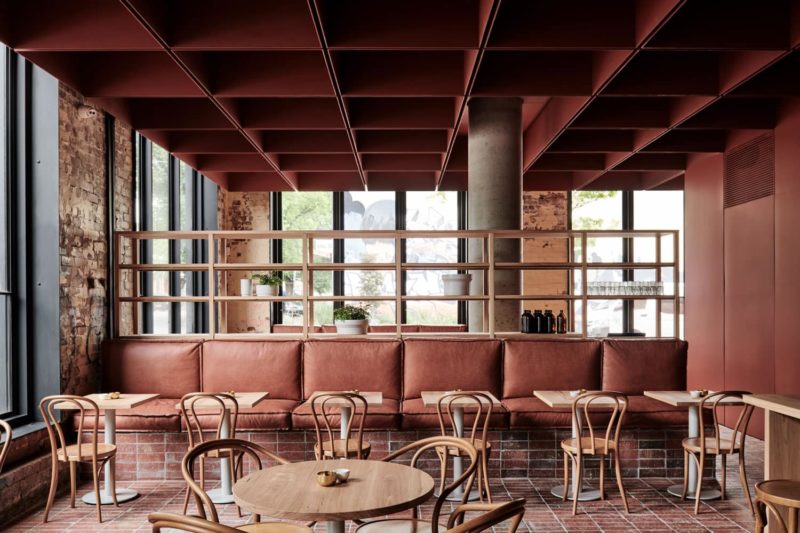 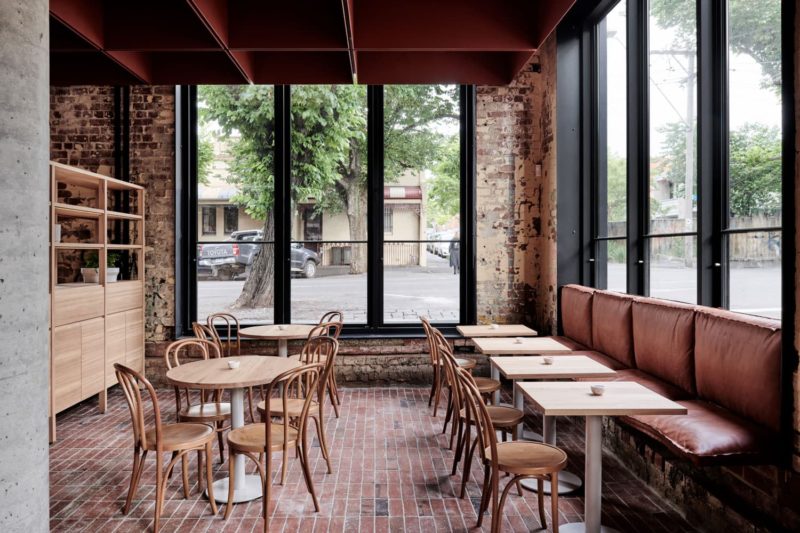 This “essence” was taken and turned into the starting point for the café’s design and identity. The industrial character of the surrounding area has been respected and channeled into a contemporary yet understated treatment of the building. The color of the interior is executed in a range of rusts, reds, and browns, all of which sprung out of the original brickwork. One of the biggest alterations to the space was the installation of a deep coffered ceiling, which itself was comprised of sheets of steel that were treated with a red oxide primer. This treatment is similar to that of the walls, some of which have been clad in bespoke metal sheeting to create a uniform layering throughout the interiors. 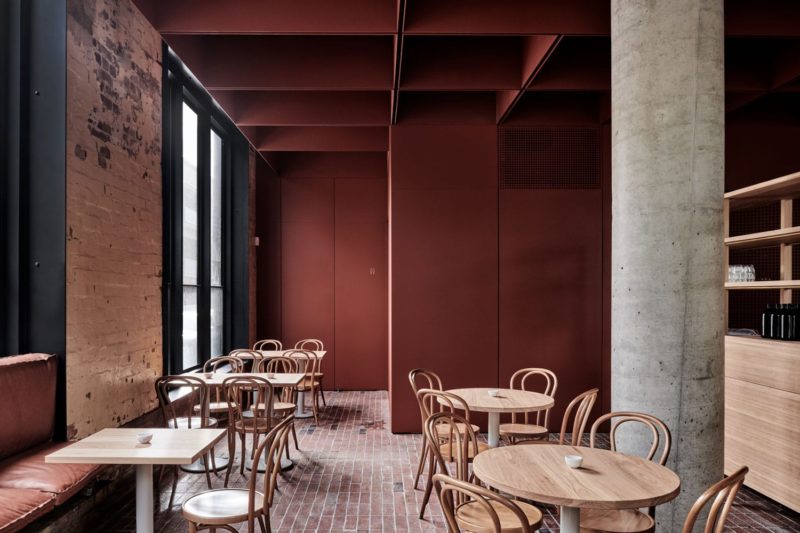 Red bricks make up the floors and the exposed walls. The seating in the café is, unsurprisingly, comprised entirely of Bentwood chairs, while the tables are made from clean and crisp cuts of pale timber, allowing the interiors’ russet tones to do most of the work from an aesthetic point of view. The café’s generous glazing is fitted with matte black frames, providing customers with ample views out onto the leafy street beyond. Thick concrete columns have also been added into the space, with their gray providing a beautiful contrast to the red of the walls and ceiling.

The architects perceive the project as “pay[ing] homage to the old custodians of the space with the use of Thonet furniture and carefully detailed joinery, whilst reflecting Fitzroy’s brutalist industrial heritage through the use of primed steel wall cladding and ceiling.”