Atlas, the humanoid bipedal robot engineered by Boston Dynamics, has learned how to do parkour. A new video shows a pair of the robots running, jumping, leaping, vaulting, and performing back flips before one pumps its arm in victory. It’s all very impressive, if not a little bit alarming, and you need to watch for yourself before reading any further.

Pretty wild, huh? Lest you fear that Atlas has reached a proficiency level of horrifying proportions, you should know that Boston Dynamics released a second video alongside the stunt demonstration explaining that the routine wasn’t easy to pull off. The company’s engineers guide the viewer through the robot’s true capabilities, which are definitely a work in progress and involve a whole lot of falls, crashes, and failures. As they explain, the two Atlases aren’t being set loose on a parkour course to independently navigate it; the whole routine is highly choreographed. A blooper reel shared on Twitter cuts each fail together in quick succession for comedic effect.

The engineers are pushing Atlas to its limits to learn not just what it can do, but what needs to be improved to make the robots more useful for practical purposes. For instance, during once practice run, Atlas experienced a dramatic knee blowout after descending some stairs, resulting in the eruption of a “geyser” of pink hydraulic fluid. That may sound serious, but Boston Dynamics senior technician Bill Washburn says it’s so minor it can be fixed in half an hour. It’s all part of the company’s unofficial motto, “Build it, break it, fix it.” 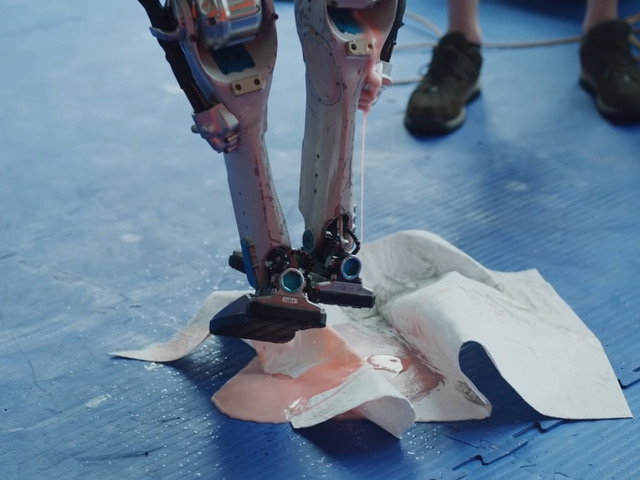 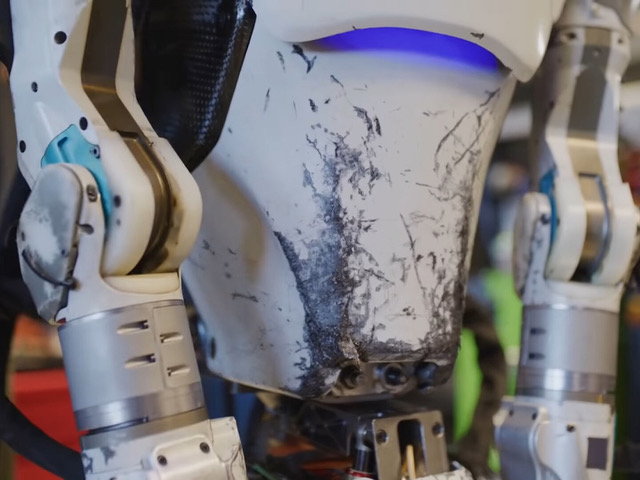 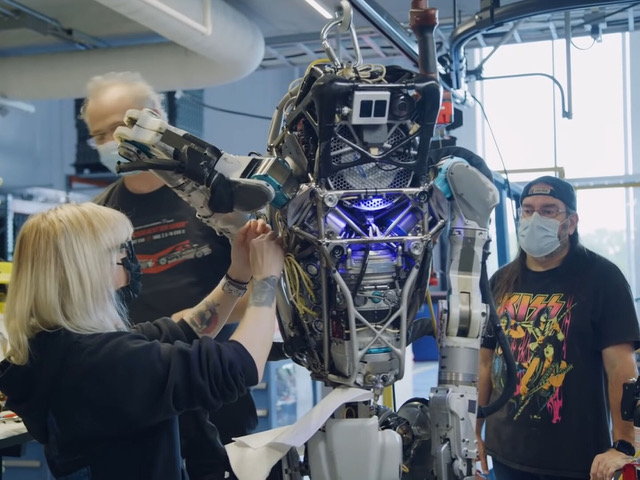 “Crashes are an expected, and welcomed, part of the process,” the company says in a blog post. “While two of the four Atlas robots are designated as ‘demo’ robots, kept as shiny and clean as possible, the other two are the ‘lab’ robots, used to develop and test new behaviors. These robots take the bulk of the falls – and have the battle scars to prove it. On one of the lab robots, a deep, five-inch scratch runs from its midsection up to roughly where the sternum would be on a person. There’s a sizable gash in the plastic covering the robot’s left leg, and the paint is chipped all over the robot’s body. Its chest, which once said ‘Boston Dynamics,’ now reads ‘Boto Dynmcs.'”

The design team understands that “a robot’s ability to complete a backflip may never prove useful in a commercial setting (Atlas is a research platform, not a commercial product). But it doesn’t take a great deal of imagination or sector-specific knowledge to see why it would be helpful for Atlas to be able to perform the same range of movements and physical tasks as humans. If robots can eventually respond to their environments with the same level of dexterity as the average adult human, the range of potential applications will be practically limitless.”

Frankly, Atlas’s blooper reel does little to diminish the sense that humanity is about to leap into a chasm we may never crawl out of. It kind of feels like we’re engineering our own replacements for a not-so-distant future in which we’ve allowed our planet to become uninhabitable for our own species. Meanwhile, these robots are getting more advanced with every day that passes. But Boston Dynamics team lead Scott Kuindersma is a lot more optimistic that robots like Atlas will solve problems rather than creating them. 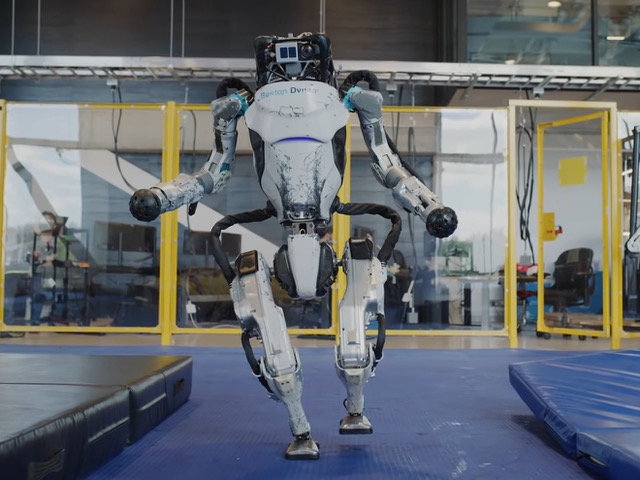 “I find it hard to imagine a world 20 years from now where there aren’t capable mobile robots that move with grace, reliability, and work alongside humans to enrich our lives,” Kuindersma says. “But we’re still in the early days of creating that future. I hope that demonstrations like this provide a small glimpse of what’s possible.”