The creation of a futuristic utopia has been the focus of the architectural imagination for decades. From the CIAM urban conferences and Team 10’s ideas for post-war reconstruction in the mid-20th century to contemporary constructions and campus-like cities dominated by tech companies like Google, the desire to create a modern metropolis has never been far away from the minds of forward thinkers. Now, one of tech’s most iconic gurus is planning his own smart city in Arizona. Microsoft founder Bill Gates is hoping to realize his vision for a technological utopia on 25,000 acres of what is currently a desolate patch of desert. Located west of Phoenix, the town will be named “Belmont” after the real estate development team behind the project, Belmont Partners.

The project, which Mt. Lemmon Holdings (an investment firm associated with Gates) has already poured $80 million into, will take advantage of a new highway in the area, the Interstate 11. The highway is slated to run through the purchased property, connecting the Arizona capital to Las Vegas and automatically turning Belmont into a hotbed for construction. Located near the suburban development of Buckeye, this land of subdivisions and agricultural plots has seen its population grow tenfold since the 1990s, when the first plans for the expanding the local settlements were unveiled. 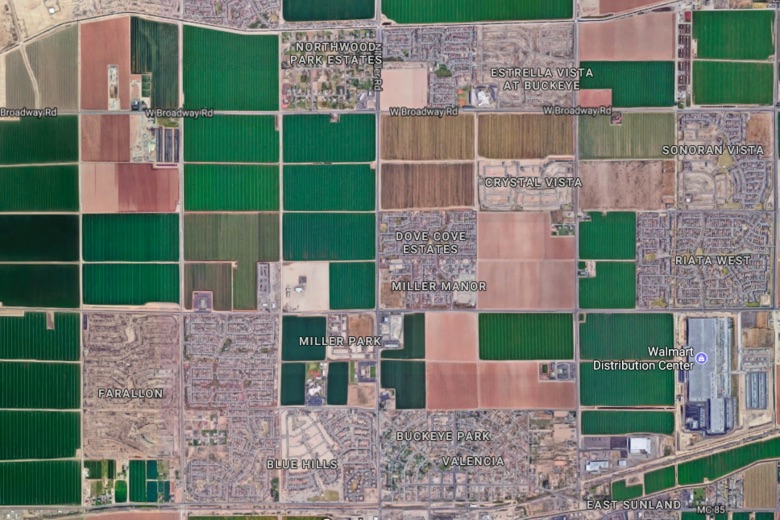 Rumors have been circulating about Gates’ involvement with the project, with many people attaching the billionaire directly to Belmont’s development. Others have speculated that it’s merely being done by a subsidiary company of his — which deals with lower-profile projects such as agricultural equipment manufacturing and waste refuse processing — as a way to increase and diversify its own portfolio and that it has little to do with Gates himself, despite multiple sources having tied him personally to the project.

While much has been made of the development, including a statement by Belmont Partners that reads: “comparable in square miles and projected population to Tempe, Arizona, Belmont will transform a raw, blank slate into a purpose-built edge city built around a flexible infrastructure model. Belmont will create a forward-thinking community with a communication and infrastructure spine that embraces cutting-edge technology, designed around high-speed digital networks, data centers, new manufacturing technologies and distribution models, autonomous vehicles, and autonomous logistics hubs,” there’s not a whole lot of evidence to suggest that the city will offer anything revolutionary in the way of a futuristic smart utopia. Technological buzzwords like “urban community,” “driverless cars,” “high-speed internet,” and “connected infrastructure” have all surrounded the project, but many of these elements are just facets of contemporary life in the 21st century.

Details of the development have yet to be revealed, but so far it’s been reported that office and retail spaces will be created on approximately 3,800 acres of the land. Another 500 acres will be dedicated to educational facilities like public schools, which will aim to serve the estimated population of 182,000 people living in Belmont’s 80,000 residences. An official timeline for the project has not yet been announced, but be sure to check back with us for any updates.