“The Smile,” a new mixed-use development by Bjarke Ingels Group (BIG), immediately stands out from its East Harlem surroundings. Its metallic facade curves away from the street slightly in the center to create the grin-like shape that gives it its name. Hosting a nursing school on the ground level, it’s also home to a mix of standard and affordable apartments, unusual for a building designed by such a high-profile firm. On the rooftop, residents get to enjoy some serious perks of living in the building, including a movie theater, swimming pool, and hot tubs. But five of the apartments in The Smile are getting even more attention than the rest of the building thanks to a suite of modular robotic furniture that raises and lowers from the ceiling on demand. 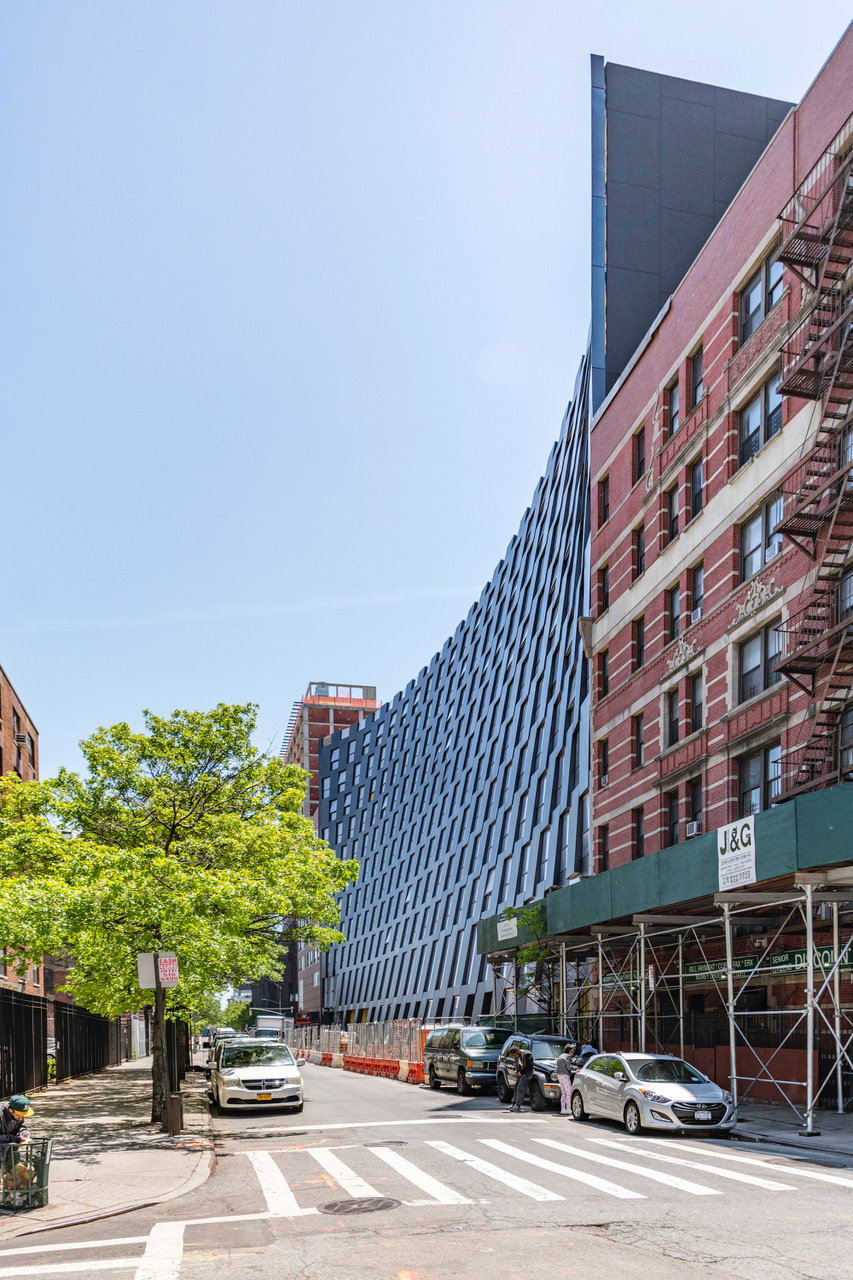 Designed by Bumblebee Spaces, a San Francisco-based startup founded by former Tesla and Apple engineers, this robotic system hides a bed, a desk, and even storage within a ceiling compartment, making the 470-square-foot studio units feel a lot more livable. Mounted to a grid capable of holding several tons of weight, the system also responds to voice commands, so you can simply ask it to move the furniture around at your whims. No need to open an app or even press a button. 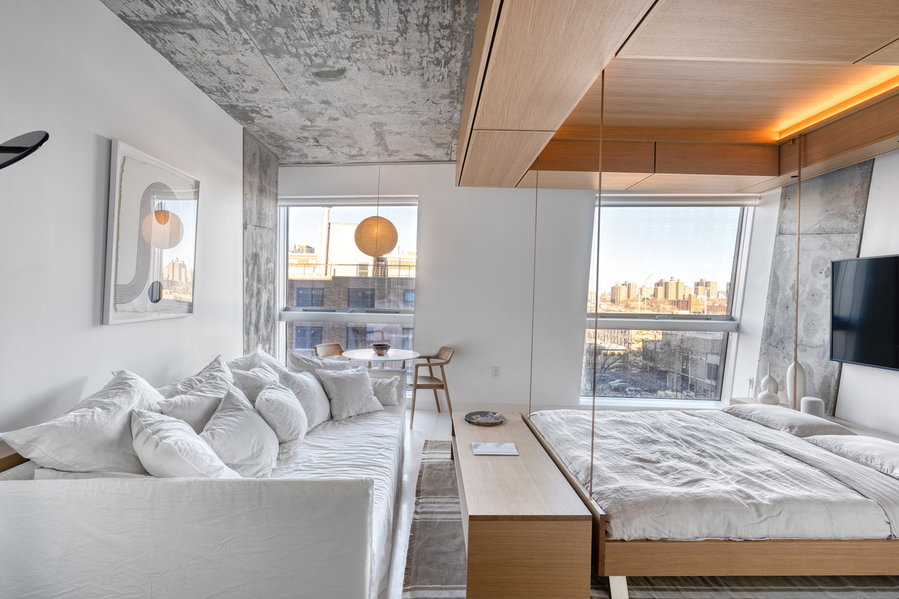 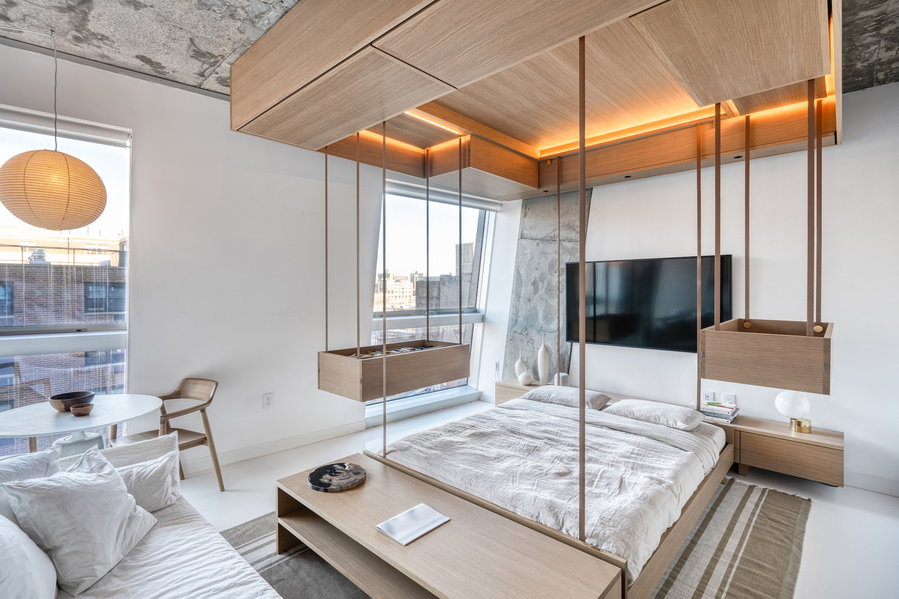 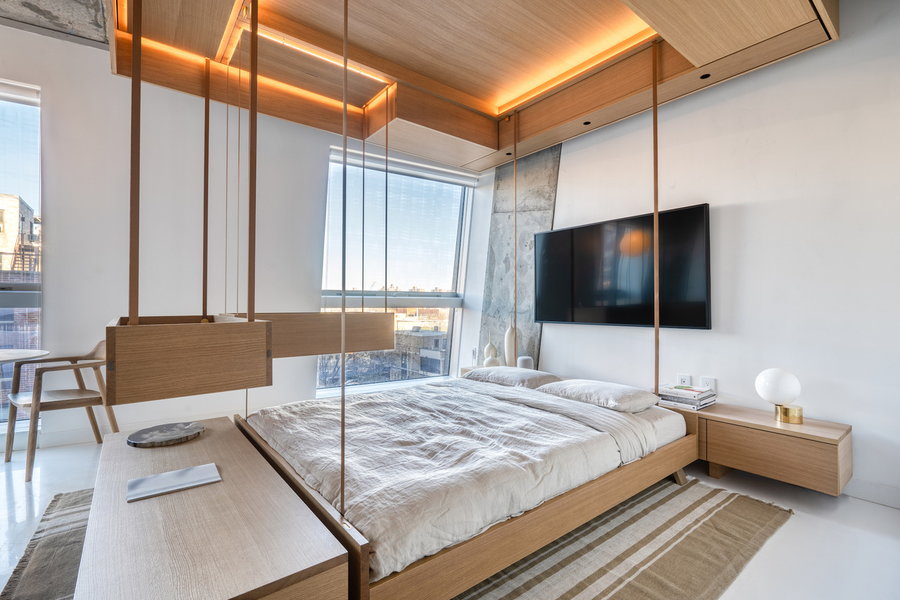 Made of stylish light-colored wood, the system blends right into the contemporary style of the apartment interior and boasts built-in LED lighting. When the components are lowered, the surprisingly narrow supports are visible in each corner, maintaining a light and open feel. Taking the automation of the room even further, the system uses artificial intelligence to recognize various objects and remember where you put them. Lost your keys or sunglasses? Just ask. It’ll also learn your daily routine, and can be set to shape-shift at certain times of the day without being prompted. 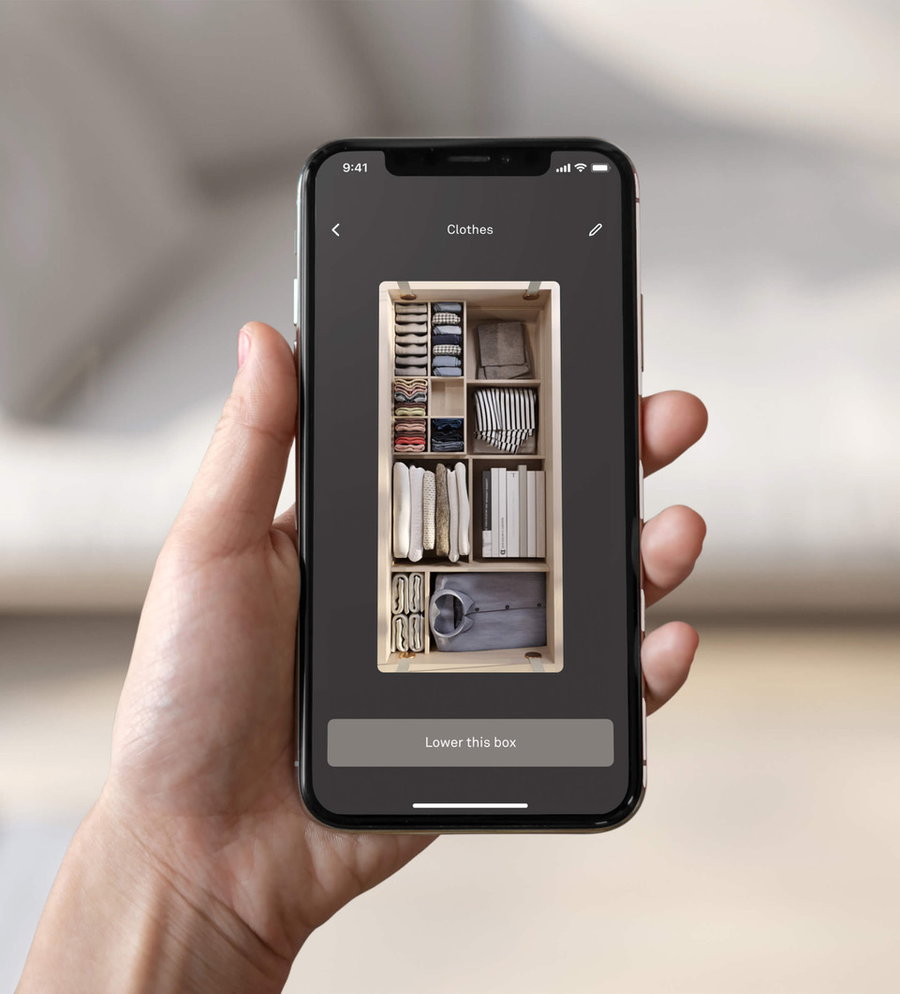 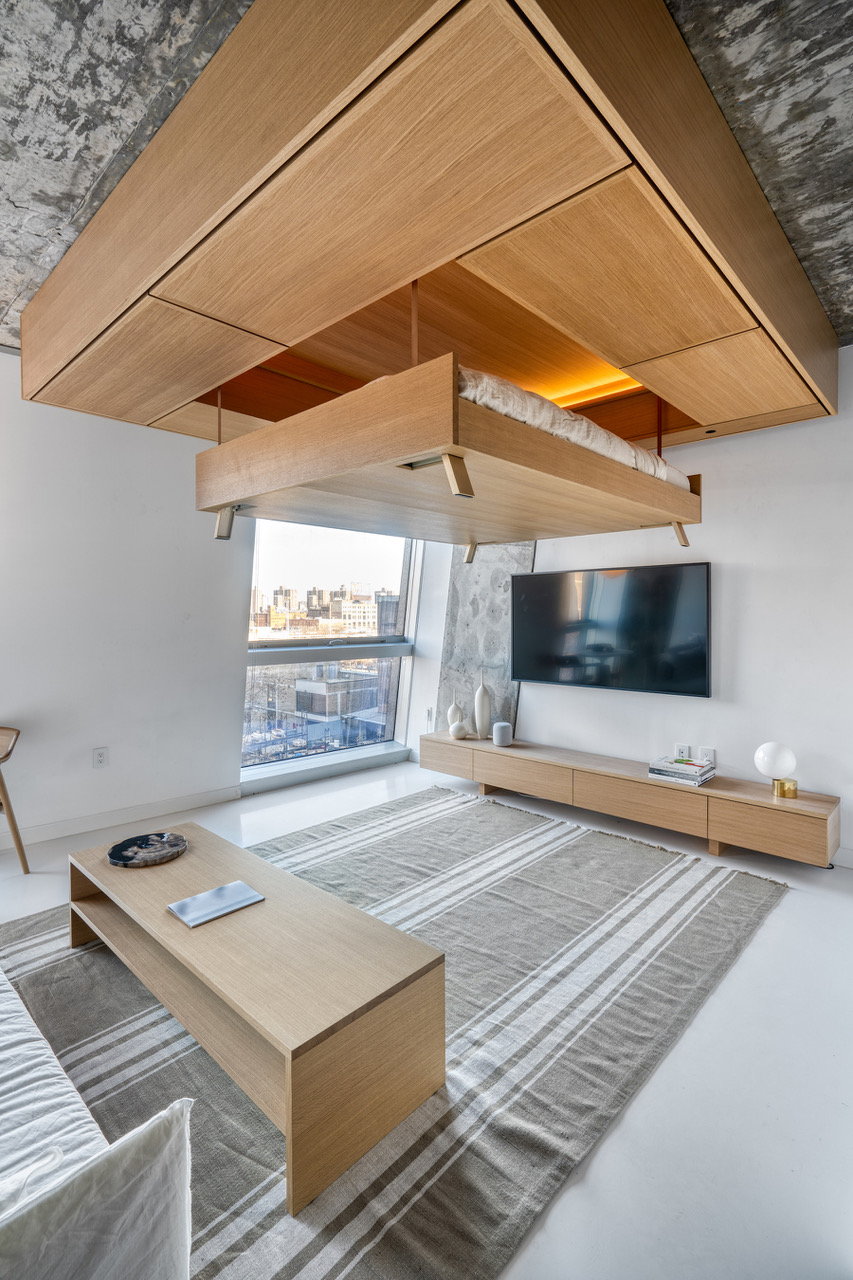 Another cool feature is the system’s ability to photograph and catalog the contents of the storage bins that retreat into the ceiling on all sides of the bed (an add-on for which you can choose two, four, or six compartments). The Bumblebee app lets you preview your boxes so you know exactly which one you need to access instead of lowering each one and physically sorting through them. Built-in sensors and other safety features ensure the kinetic components won’t put any people or pets in danger. 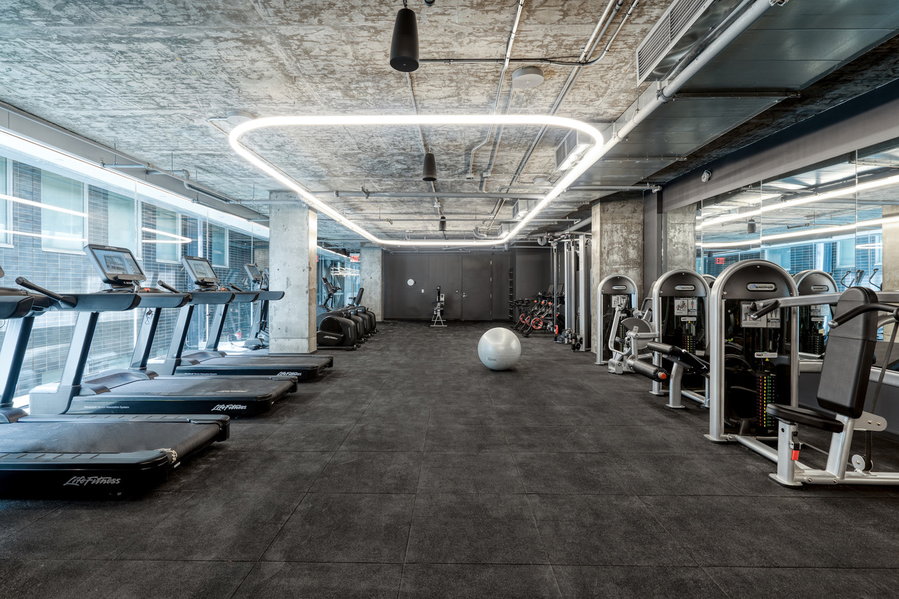 The studio apartment itself features nine-foot ceilings made of exposed concrete, floor to ceiling windows, and monolithic resin floors, as well as several spacious closets, Italian stainless steel cabinets in the kitchen, and a stainless steel suite of appliances. Needless to say, it’s rare for rentals to have features like the $12,000 to $30,000 Bumblebee system, especially at a rent price that’s not too far from average in New York City. These five apartments will rent for $3,550 a month, and with four months free in a 16-month lease, they average out to even less. The building’s market-rate rentals will go for about $2,056 a month, and the affordable units, which make up about a third of the building, are even less. 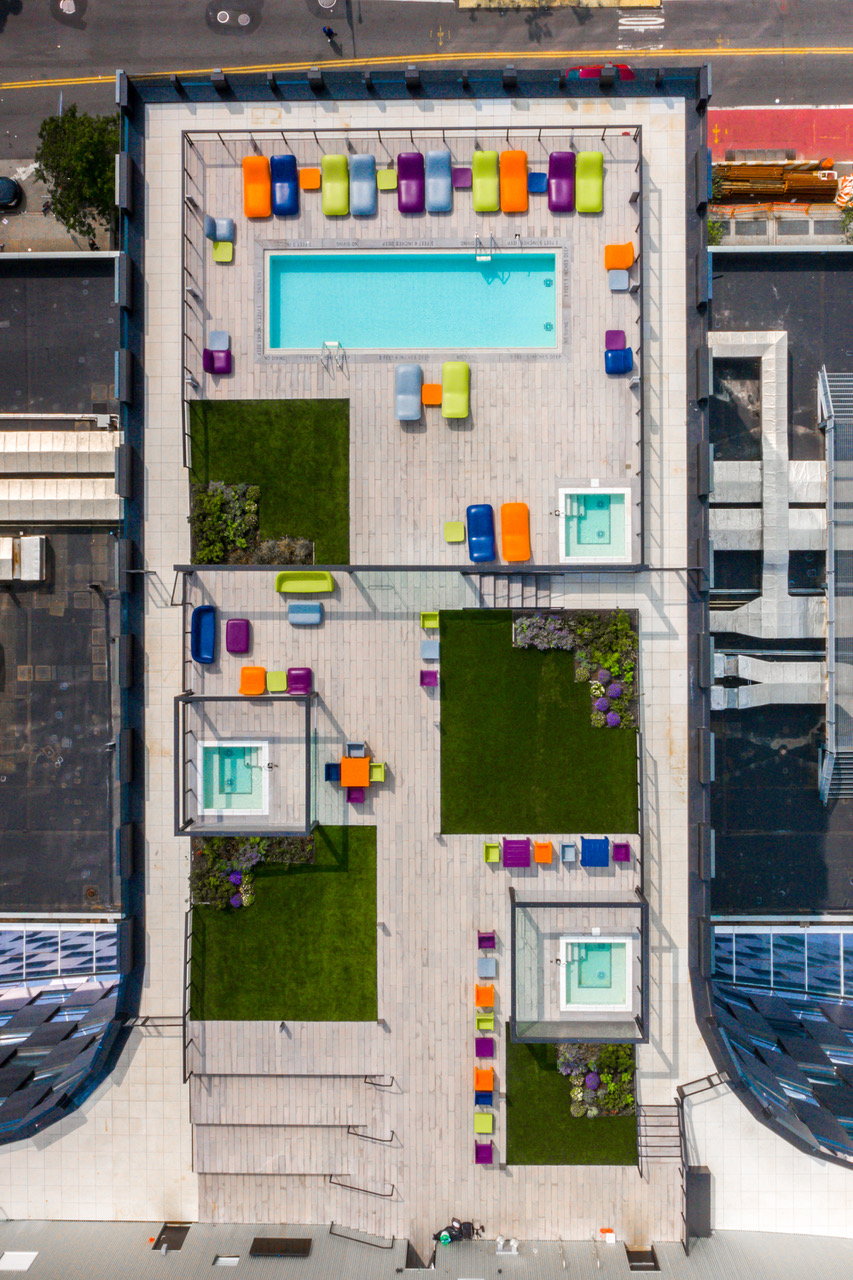 BIG’s design for The Smile is a response to New York City’s 1916 zoning resolution, which calls for “stepped facade” towers to allow sufficient light and air to filter down to street level. Other unusual amenities in the building include a game room, co-working studio, demo kitchen, fitness center with Peloton bikes, yoga room, steam room, dry sauna, and “sensory experience showers.”