Bjarke Ingels and his team at BIG have helped create an incredible WWII memorial on the site of an underground bunker in Denmark. The project, entitled Tirpitz, is located in Blåvand and expands upon a small museum that had already been established in the same area. Since the museum is hidden beneath several folds of earth, you probably won’t be able to see it if you’re standing on the ground. These folds ramp up to create a kind of angular hill, only revealing the complex when looked down at from an aerial point of view.

Billed by the firm as a “sanctuary in the sand that acts as a gentle counterbalance to the dramatic war history of the site,” the new construction houses four exhibition spaces, each of which has been themed to reflect an element of the region’s history. 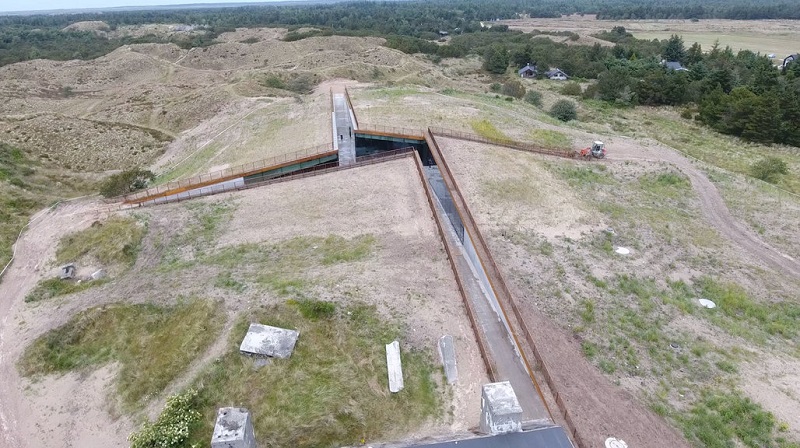 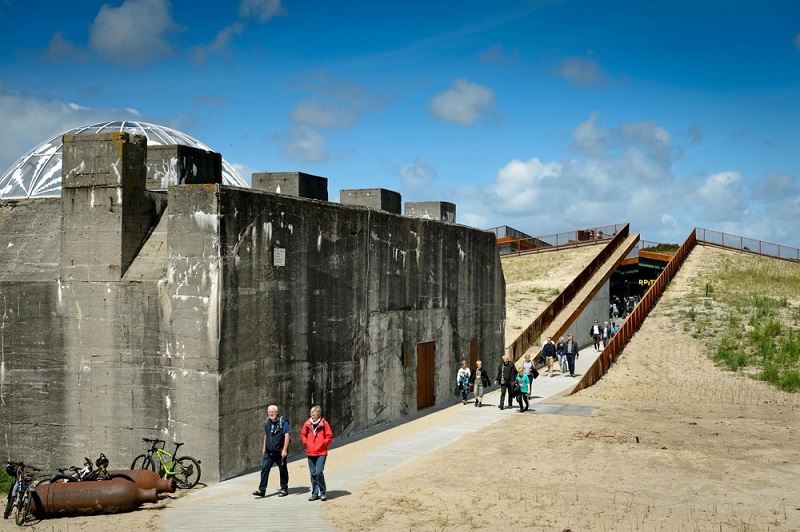 The museum is outlined by a set of incisions made into the landscape above it, which together take on a quasi-cross shape when seen from above. These openings rest just above the walkways that lead to the center of the complex: an impressive outdoor courtyard around which the exhibition spaces are organized. Both the walkways and the courtyard have been elevated to allow visitors to look down through the museum’s glazed upper walls into the galleries below. The architects decided to give the new structure a clandestine feel to contrast it with the foreboding, concrete bunker next door. The bunker was originally built as part of Hitler’s Atlantic Wall, whose construction was stopped dead in its tracks when the war ended.

BIG undertook this 2,800 square meter project back in 2012. The finished layout incorporates several elements that are characteristic of the firm’s design style, including ramps, active roof spaces, a connection to the landscape around it, and a complex circulation system that can be read in multiple ways depending on where the viewer stands.

By incorporating both glazing and exposed concrete, Tirpitz’ roofs and floors offer a transparency that was missing from the original bunker without detracting from its rich history. 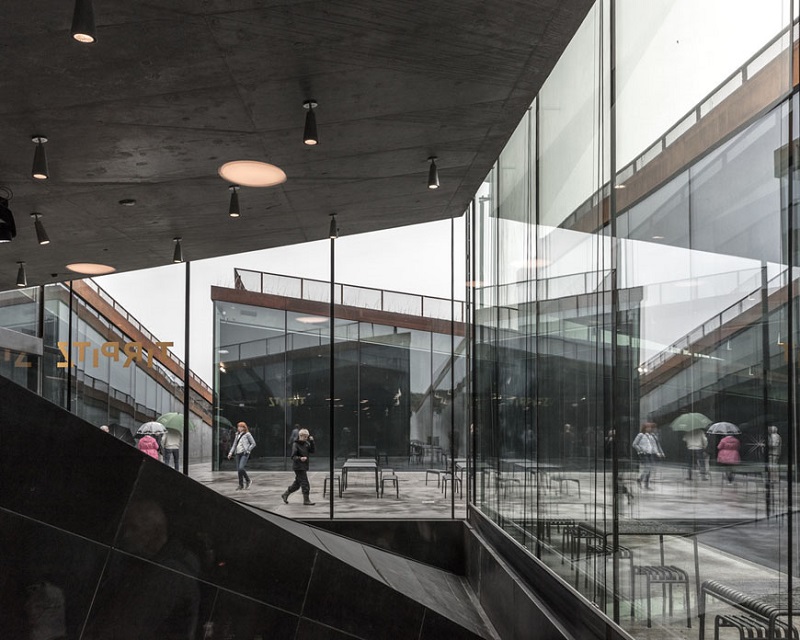 Each one of the museum’s four exhibitions, which were designed by the Dutch studio Tinker Imagineers, focuses on a different part of Denmark’s past. In the “Army of Concrete” gallery, visitors can learn all about Hitler’s idea for and construction of the Atlantic Wall. The “Gold of the West Coast” and “West Coast Stories” galleries recount the history of the Danish coast. Finally, there’s the Tirpitz Bunker itself. All four spaces were designed to encapsulate the spirit of Western Denmark and give people a truly local experience. 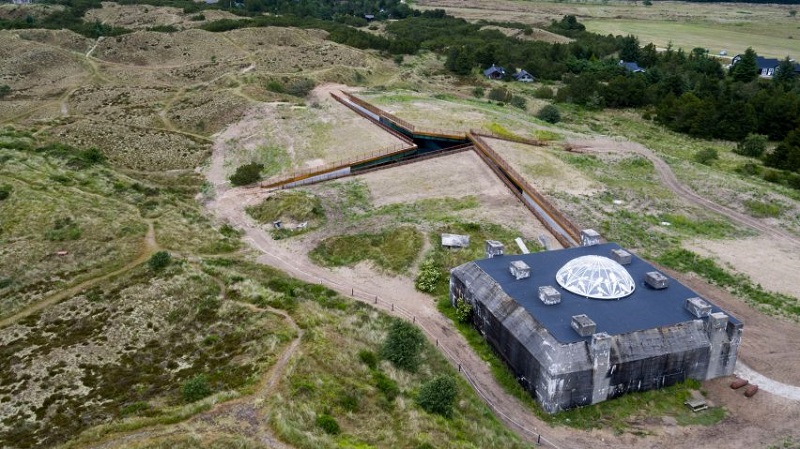 From the onset of the project, the goal of the expansion was to turn the bunker into a popular tourist destination. With any luck, Tirpitz will also become a place where architects and design geeks can go to nerd out! If the museum attracts the 100,000 annual guests that it’s expected to, the local economy would certainly see a nice boost. Museum director Claus Kjeld Jensen says, “Tirpitz is an incredible, one-of-a-kind experience: violent, astonishing, dramatic, hidden — almost invisible.”