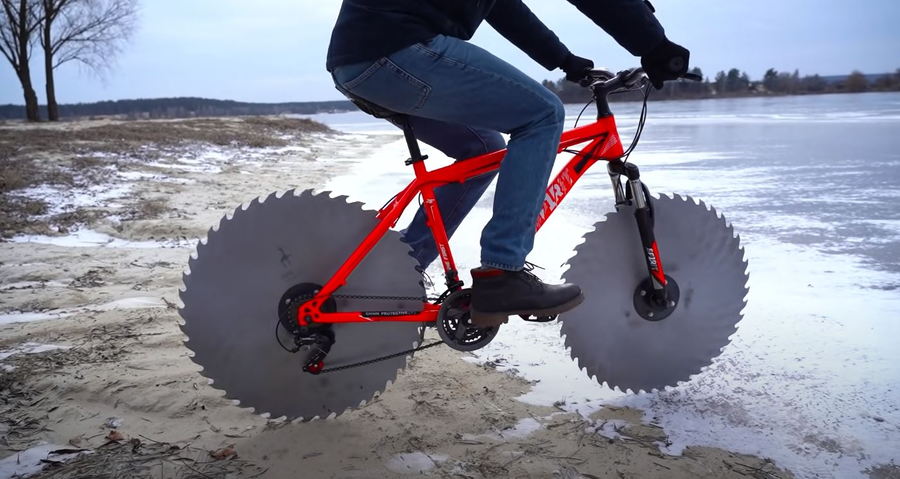 No combination of quarantining and winter storms can keep the engineers from quirky science YouTube channel The Q inside. Replacing a traditional bike’s wheels with circular sawblades, the Q team recently created an “icуcycle” for getting some high-level thrills and exercise even in the slickest conditions. 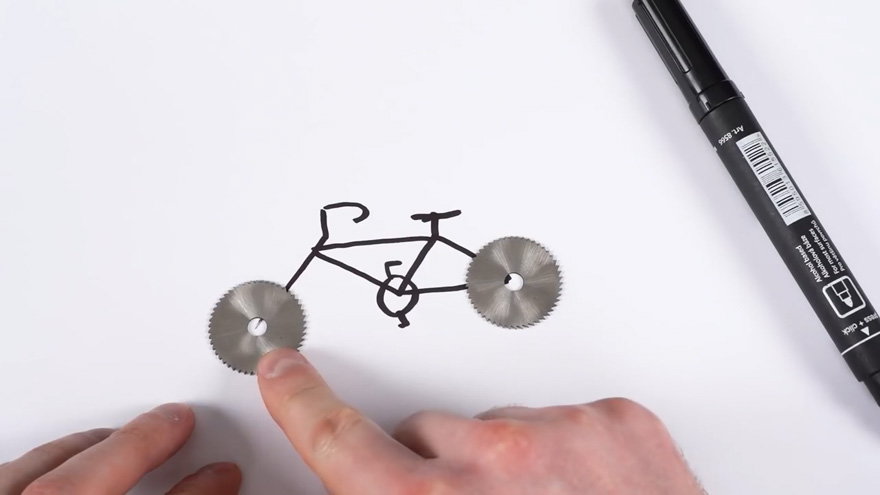 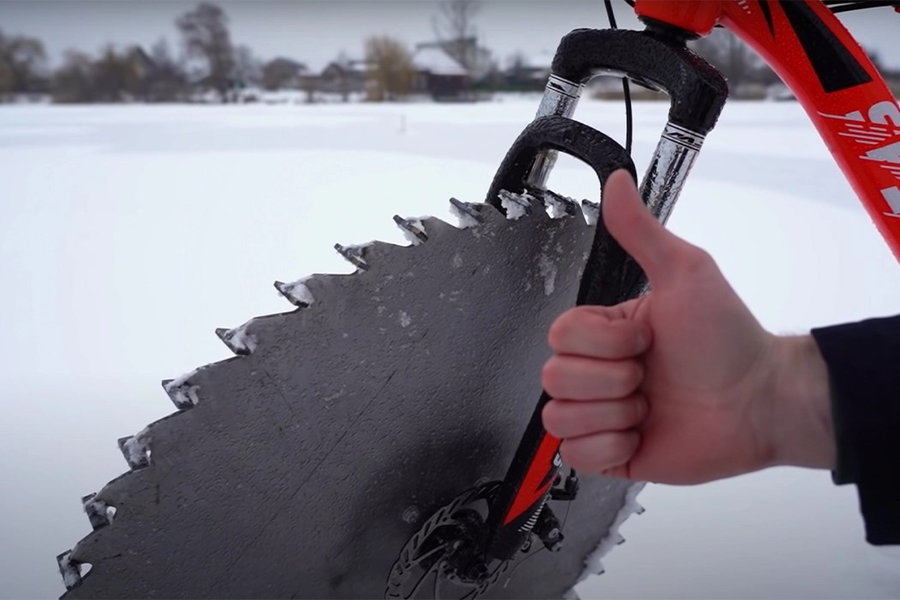 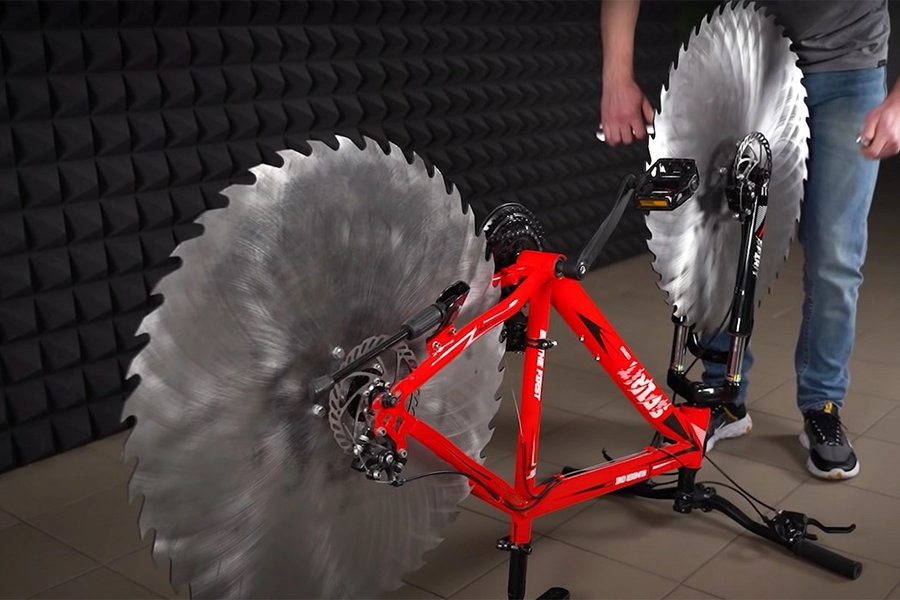 In a video entitled “Epic Cycling on Ice” that’s garnered 43 million views in two weeks, the designer starts by dissembling the wheel systems of a Corso Number One Spirit bicycle. After deflating the tires, the spokes are removed from the hubs to fit the new sawblade discs. The Q engineer then takes apart the bike’s rear cassette, welding and equipping them for the heavier steel drums. After some slight adjustments, the original chains are carefully reinstalled.

After all that laborious work, the test run on a frozen lake was much less than epic. As the video shows, the sharp blades dug downward into the ice, getting stuck rather than propelling it forward. 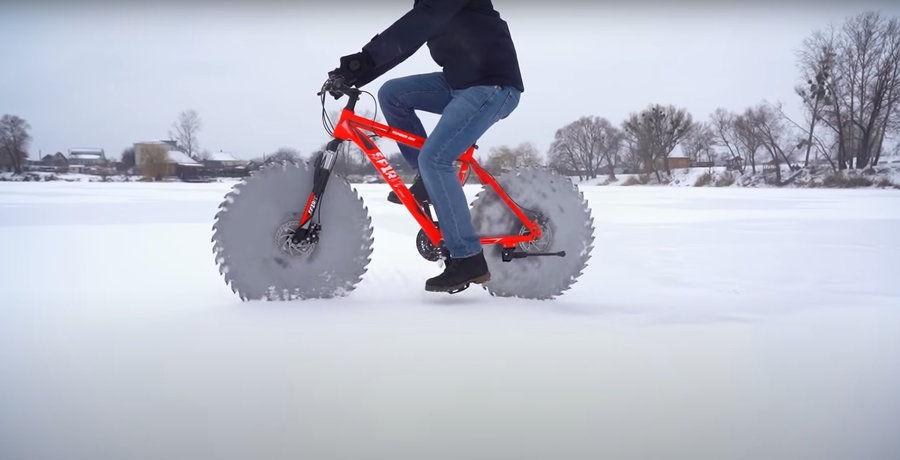 The Q scientist returned to the lab, deciding to turn each blade point into a “T” by welding on a tiny additional metal horizontal piece. This modification was a success, allowing the bicycle to speed forward on the icy terrain by keeping the discs from sinking into the ice and creating the right amount of traction. The effect was essentially the same as attaching snow chains on car tires – except for the fact that these tires could kill you. Falling on those knife-edged wheels could certainly puncture an internal bodily organ, let alone the skin. While there are no specific warnings on the video, it is hopefully obvious that viewers should not try this modification at home. 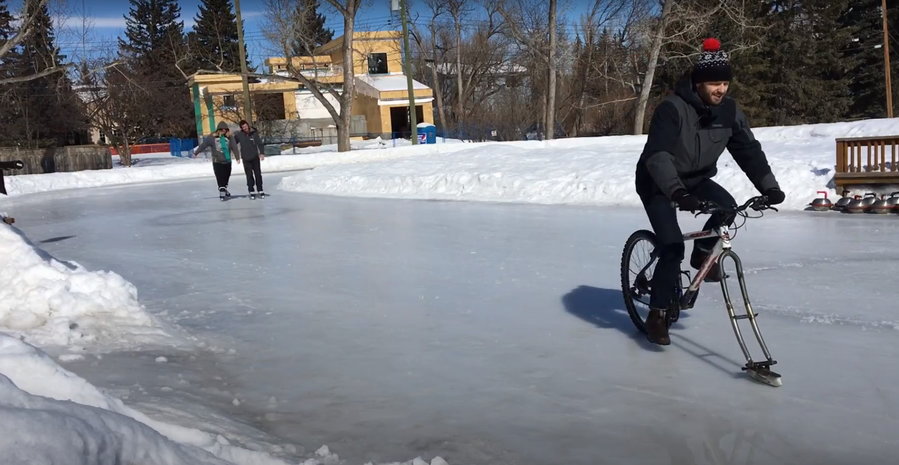 There may be safer alternatives to biking in the ice than perching precariously over steel razors. Back in 2018, YouTuber Shifter welded an ice skate blade to the front of a cycle frame with decent results. And the company Ice Bikes of Buffalo has been producing two-wheelers mounted to an entire frame of ice blades for years now, renting them out on the frozen New York canal. 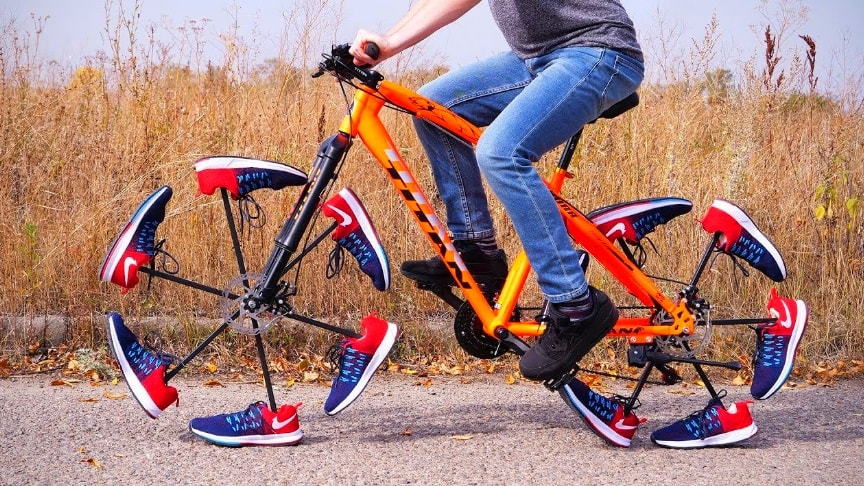 If you like the Q’s edgy style though, the channel – whose awesomely head-scratching creations have generated over 11 million followers – has produced a few other inventive few bike alterations that might be less hazardous to one’s health. For instance, the Q team once replaced another bicycle’s rubber tires with spinning wheels of running shoes. Handcrafted spokes were fitted with six Nike kicks on each hub. While the effect was a rather bumpy ride, it got the job done. 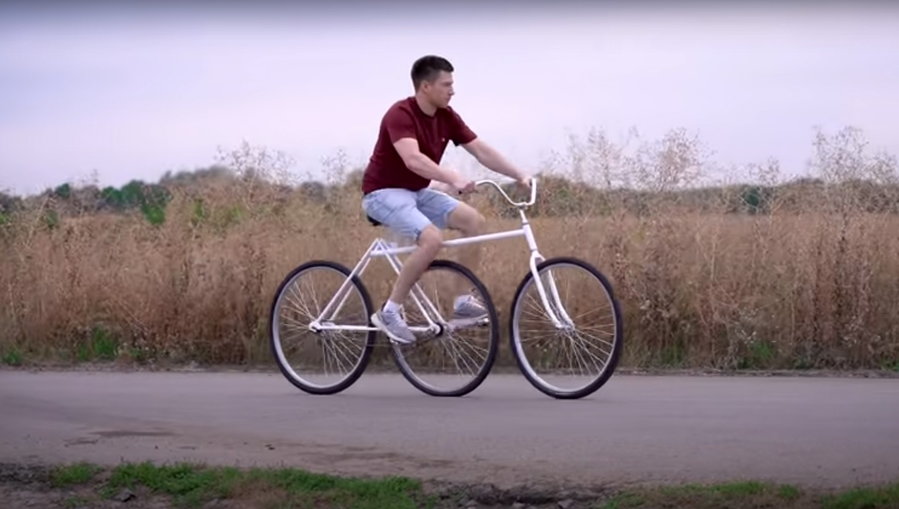 And then there’s the video where the Q turns a bicycle into an unconventional tricycle. Although unclear what the added benefit of this might be, the inventor cuts apart a traditional two-wheeler and creates a custom frame to house three tires all in a line. 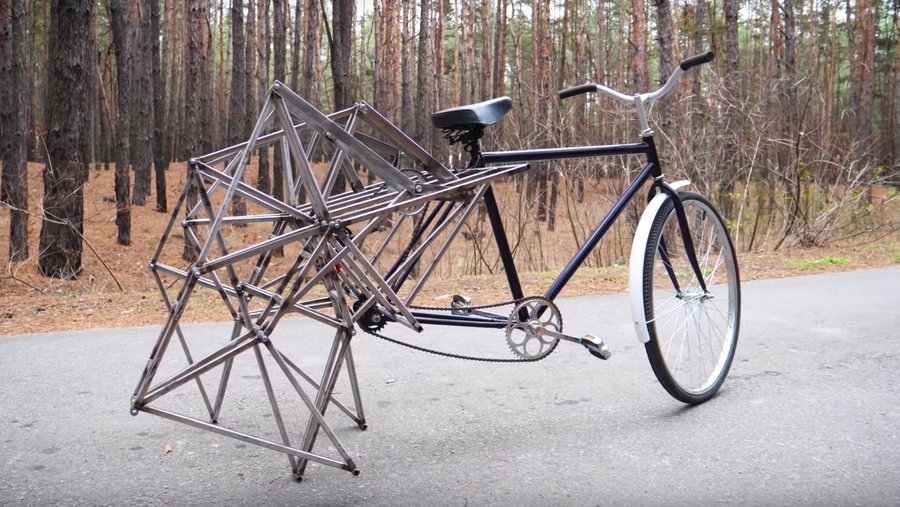 And perhaps the most bizarre redesign is the Q’s robot-like walking bike. Swapping out the back wheel with a contraption of moving metal rods, this bicycle appears to mechanically walk as the rider pedals.