The Auckland Art Gallery boasts the largest collection of artwork in all of New Zealand — and when you have 40,000 pieces of art on hand, you need to come up with an interesting way to showcase them all. Nowadays, the perception of art galleries as old buildings or collections of former mansions is dwindling fast. Sure, old fashioned museums and galleries can be found in plenty of cities, but contemporary art institutions are always looking for new ways to show the public that they are still relevant. The Auckland Art Gallery is no different.

When the people of Auckland were asked what they wanted out of their museum-going experience, the message was clear. They wanted the gallery itself to be a work of art. They wanted an iconic work of architecture that respected all of New Zealand’s cultures and fit well with the gallery’s existing 131-year-old portions. Too often, radical designs are imposed on a site by architects disconnected from both the building’s context and the people living around it. In this case, Aucklanders had their say. 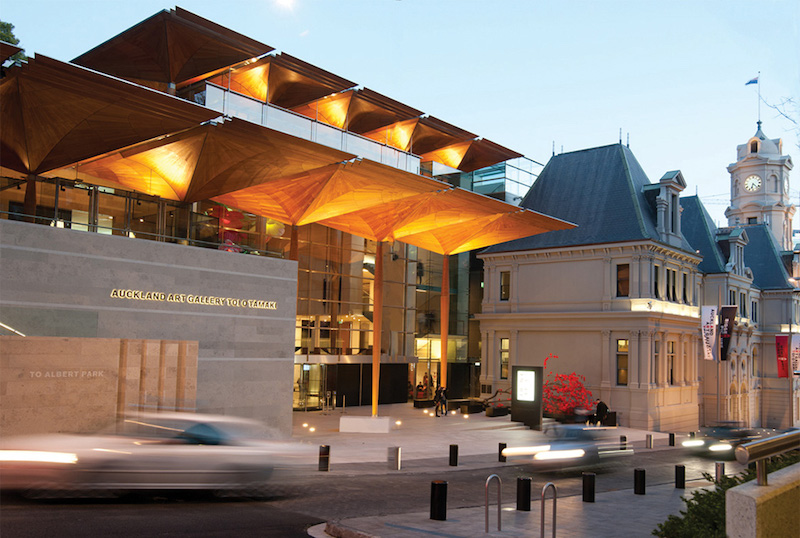 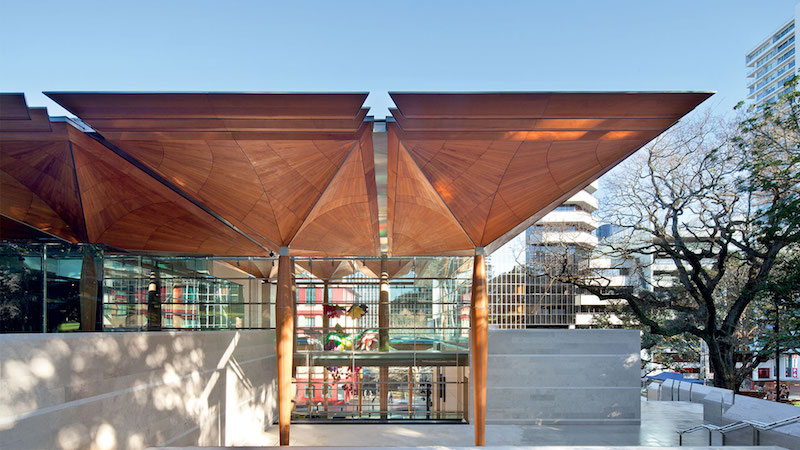 The most recent version of the gallery, officially known as the Auckland Art Gallery Toi o Tāmaki, was completed in the fall of 2011 after an arduous 10-year construction period. The cost of completing this renovation? $121 million NZD, or approximately $80 million USD by today’s exchange rates. Its exhibition space was enlarged twofold, giving it the ability to showcase larger international collections alongside their own pieces.

Visitors enter the gallery via a transparent and capacious lobby covered by an undulating roof structure made from already-felled kauri trees. This structure’s golden maritime look comes courtesy of the Sydney-based architecture firm FJMT and the Auckland-based Archimedia, both of whom clearly know how to make an entrance. 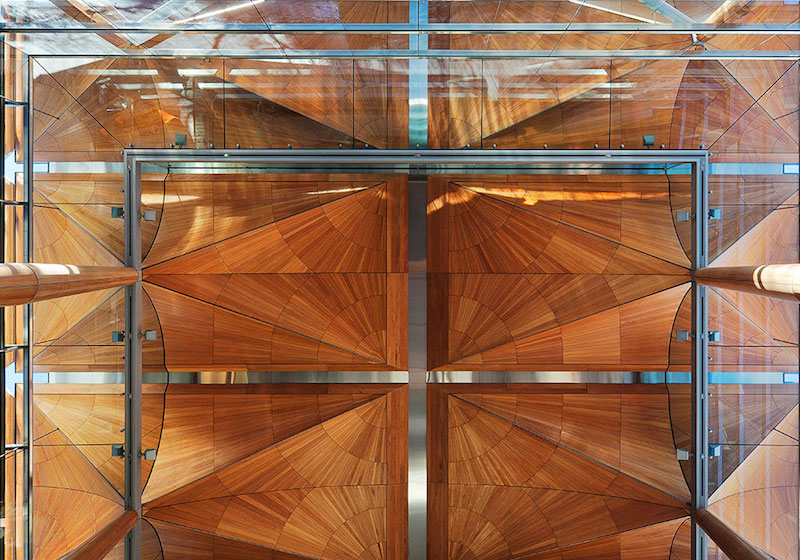 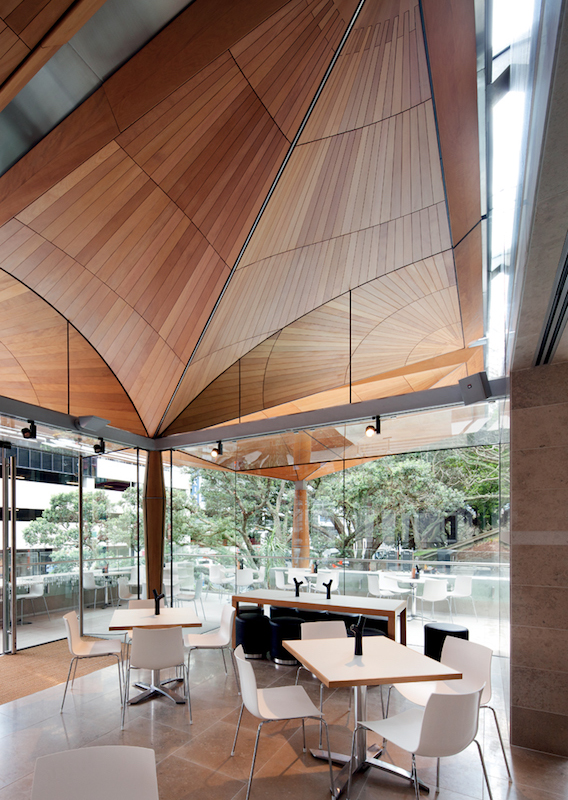 Other vaulted roofs can be found in other parts of the gallery, translating a coherent message between its newer and older spaces, which themselves date back to 1887 when the building was mainly used as the city’s Free Public Library and Municipal Office. The oldest portion of the building was constructed in the style of a French château, and the fact that the architects were able to so seamlessly blend that aesthetic with contemporary additions is a complex achievement indeed. 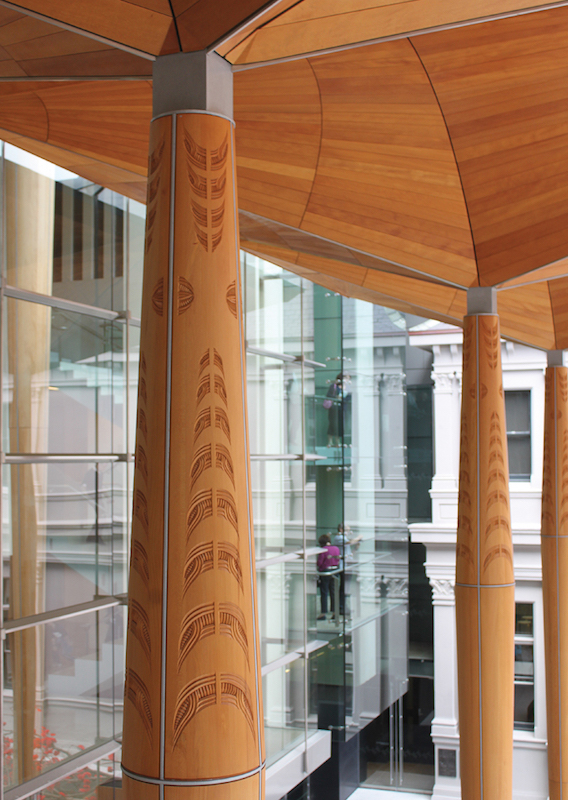 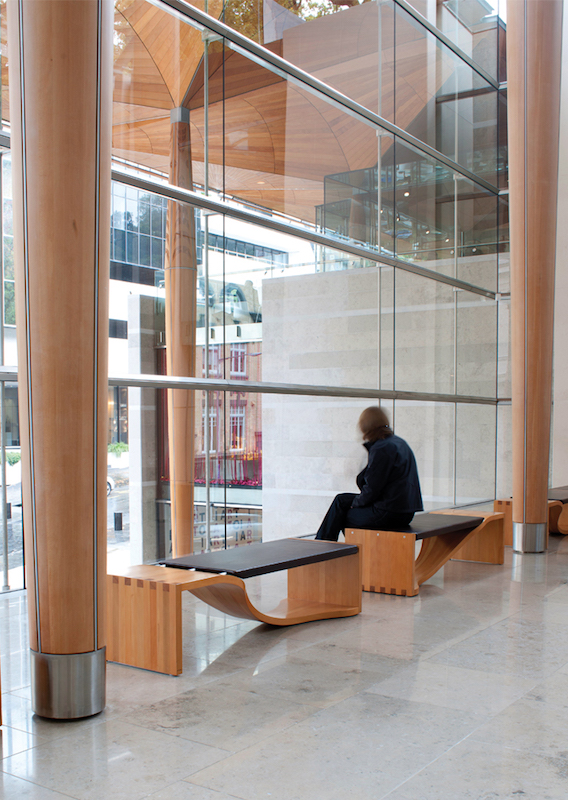 The Auckland Art Gallery is quite the theatrical work of architecture. It’s like a symphony of old and new, stone textures and intricate wooden patterns. Even just standing on the outside and peering through it’s expansive glass at the activity within is exhilarating. This transparency is exactly what most older gallery and museum structures lack. In this way, the art, hidden behind opaque walls and charming architectural styles from the past, often suffers from its container. Few but the privileged feel welcome in older structures. Now opened up to the city with a clearer entrance, the Auckland Art Gallery’s conversation with the city is more purposeful and democratic, even if the art is still kept in galleries out of sight from the street.