A classy car is a coveted item for many. Rolls Royce, Porsche, Ferrari — all of these names have come to represent a certain social status, a jet-setting lifestyle, and a taste for the finer things in life. Of course, these big-name cars also come with hefty price tags, and as such, they are often associated with the rich and famous. Several Hollywood bachelors — from hero James Bond to slickster Steve McQueen — have been known for their fast and furious “boy’s toys,” but Aston Martin has recently announced a new super-vehicle that’s sure to blow the cars of the silver screen gods out of the water. Enter the luxury submarine, which is expected to go for a whopping $4 million. 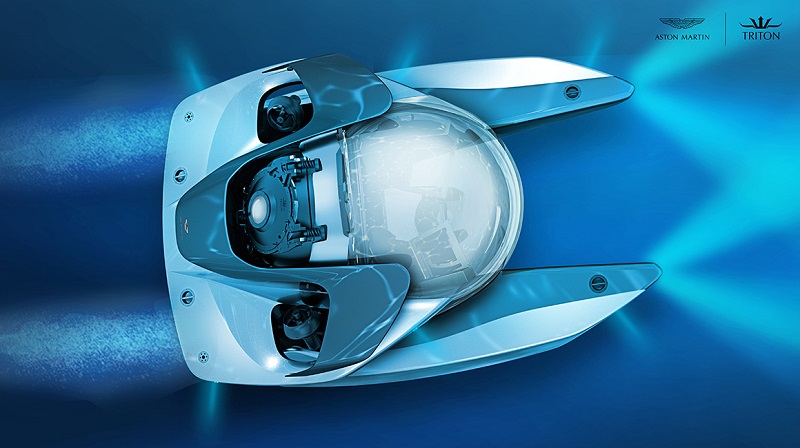 British luxury sports car manufacturer Aston Martin unveiled its latest concept vehicle at last month’s Monaco Yacht Show, and it even has a Bond-esque codename: Project Neptune. The project is a collaboration between the renowned car designer and submersible manufacturer Triton, and the result is a stunningly futuristic submarine that has all the panache and style of an Aston Martin car, with the obvious difference that you will be driving underwater instead of through the Tuscan countryside. Aston Martin is leading the design, while Triton is handling the practical aspects of making a submersible vehicle. Triton President Patrick Lahey says, “We have always admired Aston Martin. The marque represents a deeply held passion for technology, engineering, and timeless, elegant design. From our first interaction, it was apparent that Triton and Aston Martin were natural partners and our complimentary values will be realized in this truly exciting project.” 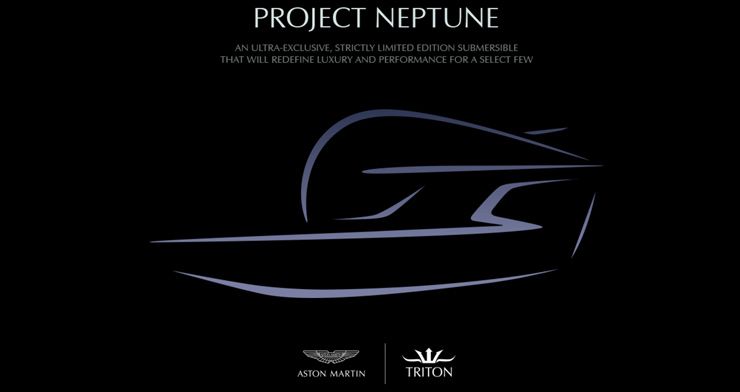 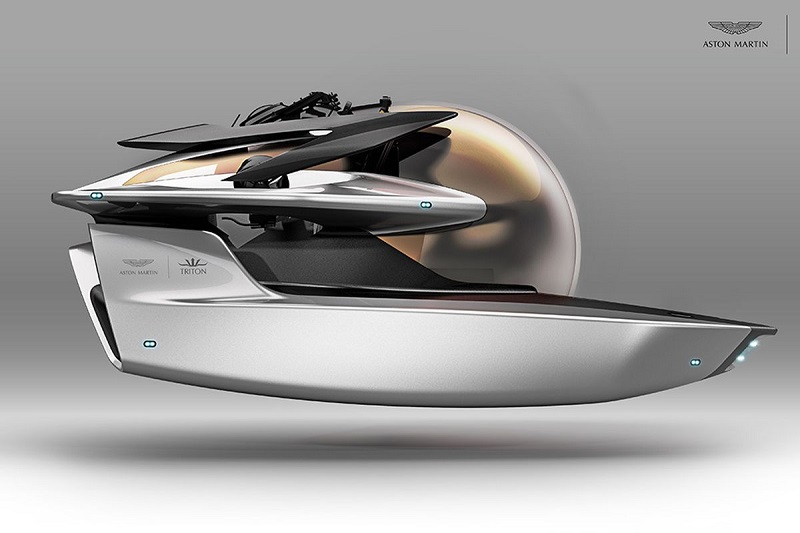 Project Neptune is being billed as “an ultra-exclusive, strictly limited edition submersible that will redefine luxury and performance for a select few.” The idea that the sports car/submarine hybrid will only be available to a small portion of the public shouldn’t be surprising given the reported price. In fact, the project is so clandestine, only a small amount of information has actually been revealed about it, except for some renderings that show the sub as having a streamlined form with two projecting arms at its front and a bubble-like capsule for the driver and two passengers to sit in, creating the overall effect of an underwater spacecraft. Apparently, there will only be 12 of these vehicles available for purchase each year, and no doubt the competition to own one of them will be fierce. The Vice President of Aston Martin, Marek Reichman, says, “Project Neptune is defined by its sleek, elegant exterior. We have used forms and proportions that express the same devotion to design, engineering, and beauty that shape our cars, such as the Aston Martin Valkyrie hypercar project.” 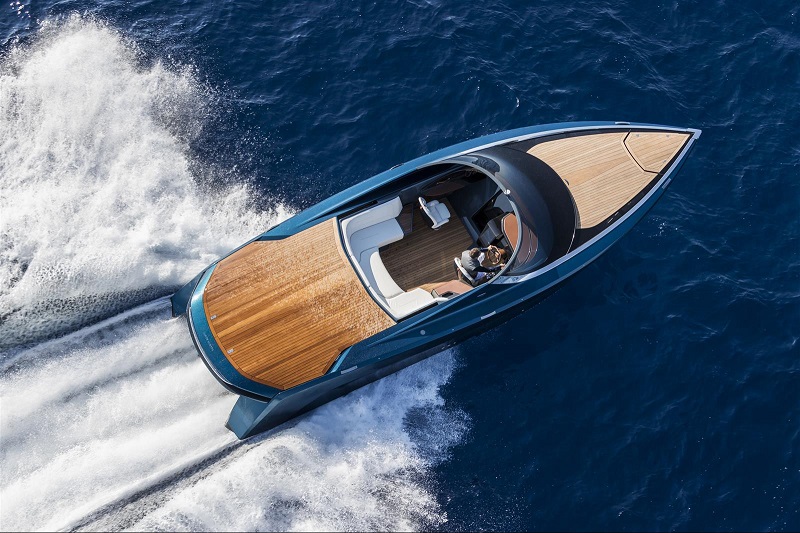 Continue reading below
Our Featured Videos
Project Neptune is part of Aston Martin’s effort to further advance into the luxury market, and the car company has previously made forays into the nautical world in the form a luxury powerboat. Bradley Yorke-Biggs, the CEO of Aston Martin Consulting, encapsulated his company’s vision of the project by saying, “Project Neptune is a flagship project for Aston Martin Consulting. It is a clear and engaging demonstration of how Aston Martin’s expertise in sports car design and craftsmanship can be extended into new aspects of the luxury world.”