A new instrument designed and engineered in Nashville, Tennessee — a place known for its lively, vibrant music scene — seems to cover pretty much any musical eventuality. No wonder it’s perking up musicians’ ears everywhere. 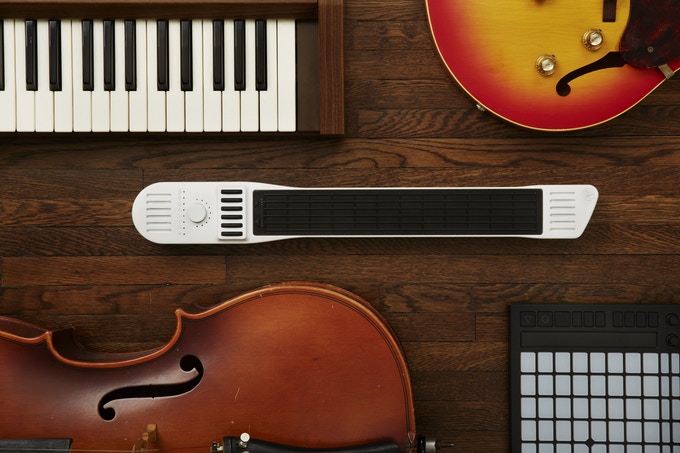 The Artiphon Instrument 1 is an intriguing little gadget: “It’s any instrument you want it to be,” say its inventors, who explain that you can use it as a guitar, violin, bass, piano, drum machine, and more. Gone are the days of lugging around heavy, bulky cases and bumming rides from friends to get to a gig. It’s light, weighing just 1.6 pounds, and has enough battery life to keep you rocking for over six hours, too.
For added convenience, the instrument features built-in stereo speakers and a headphone jack (so you don’t drive the neighbors crazy when you’re playing late into the night). 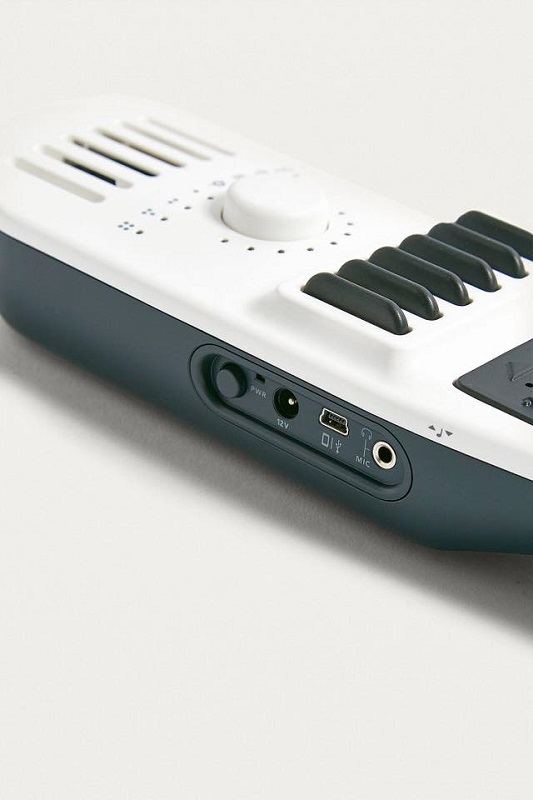 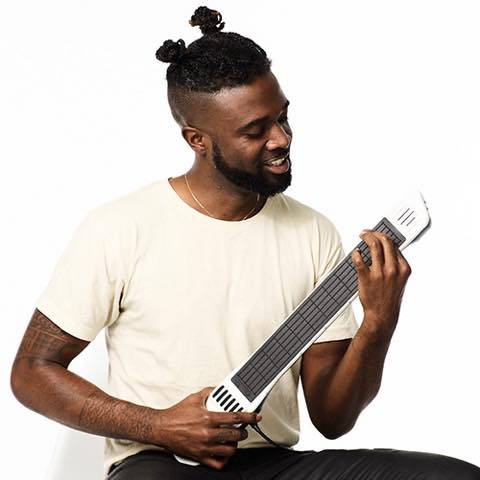 You probably won’t be surprised to learn that the Artiphon can also “tune in” to some of the technology around it. It connects directly to your smartphone, tablet, or computer, and you can use it with a variety of music apps, including GarageBand. Like electronic music? Play the Artiphon with a synth app like Moog’s Animoog.
The key to the instrument’s versatility is the fact that it registers a set of standard motions, which allow you play it like instruments from all across the musical board. Strum it like a guitar or tap it like a drum pad. Want to play it like a violin or slide guitar? Go for it: just use the options for bowing and sliding. Left-handed? No problem. The instrument works no matter which hand is your dominant one. Think of it as an equal-opportunity music-maker. 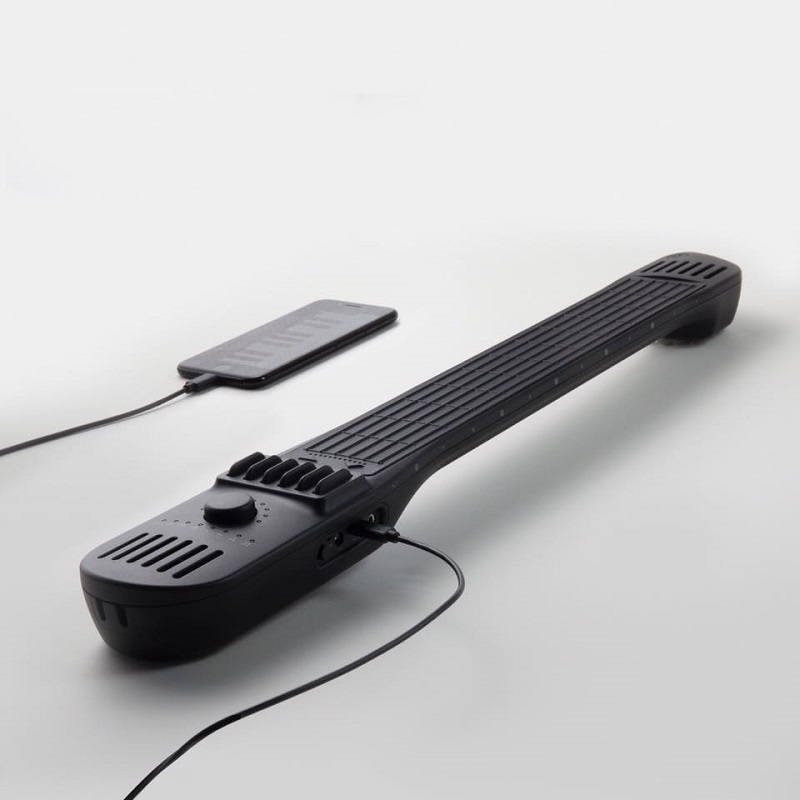 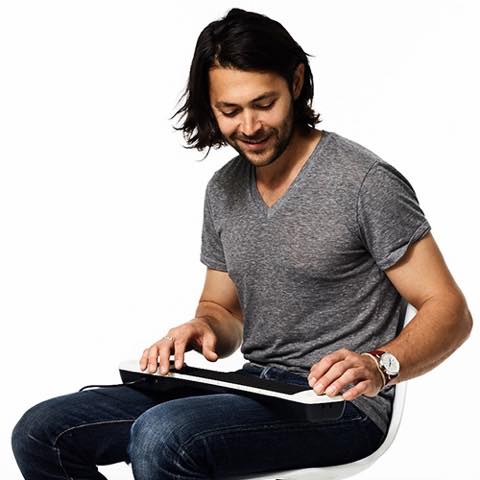 “Our goal is to create the most effortless music-making experience at any skill level,” the Artiphon’s designers explain. “Music isn’t about gear; it’s about self-expression. Every aspect of the Instrument 1 can be customized to behave the way you want it to.”
For starters, you can assign a different instrument to each one of the Artiphon’s strings, meaning you can play bass and acoustic guitar at the same time. Quickly change between tunings using the capo buttons near the instrument’s bridge, and set the strings to play several notes at once for those especially tricky parts!
https://www.youtube.com/watch?v=yrTJk1UrNt8
“The digital string-like interface works with any MIDI-compatible software,” explain the designers, adding that you can indulge your creative genius by coming up with new instruments and custom tunings using the Artiphon’s accompanying app.
The instrument is ready for action right out of the box. It comes with factory-loaded presets, so you have guitar, violin, piano, and drum playing styles at your fingertips (literally) from the moment you first turn it on. The Artiphon’s board features six digital strings and 12 optional frets, and its advanced technology means you can have fun experimenting with every sound: “The entire interface is continuously pressure-sensitive, allowing for string bending and polyphonic after-touch,” the inventors say. 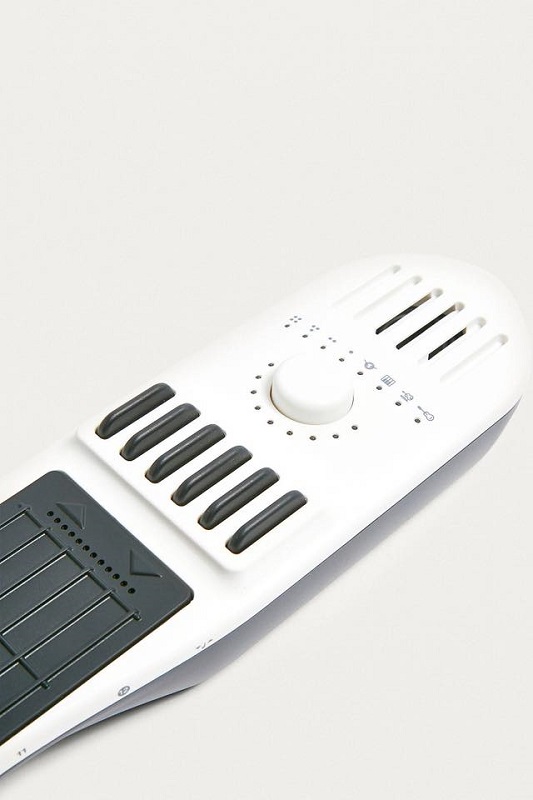 Continue reading below
Our Featured Videos
Intrigued? Right now, you can order the Artiphon Instrument 1 in white or black, and you can also purchase a strap and carrying case for it. We’re hoping that the “1” in the name means we can expect more from Artiphon in the near future.