Though most North American cities have been designed for the automobile, new forms of transportation are changing how we move. But are they truly making cities better? If so, better for whom? Despite the urban mobility revolution that we are currently experiencing, and despite the new rhetoric against car-dependency, the existing infrastructure of highway networks will largely remain intact for decades to come. For those that would like to see cities move faster to become more pedestrian and cycling-oriented, that is a concerning reality. Nevertheless, the architecture of parts of our cities will inevitably change to adapt to new forms of transportation.
“Today, we enter a building from the ground, but it might be that with new modes of transportation, there will be other dimensions of the city that will develop,” says architect Daniel Libeskind, who was one of the speakers at LA CoMotion last month. Dornob sat down with Libeskind a couple of weeks after the event. “With the ongoing development of self-driving cars and flying vehicles, it might be that you can then enter a building from another level.”
Flying vehicles are not as far into the future as you may think. Even Uber hopes to begin taking off and landing in the LA area by 2020. When autonomous vehicles roam the streets and others zip around the skies, it will force us to rethink architecture (and urbanism as a whole) at a profound level.
“Certainly, roads will play a very different role in cities that have self-driving cars,” explains Libeskind. “Many of the roads that are now in existence might become green parks.”
We are already seeing this re-evaluation of space and structures playing out in cities like Miami, where affordable housing is being considered to replace underutilized parking garages. Ideas that consider those who are being priced out of the city are too often forgotten. While cities do try to improve their transit and introduce bike-sharing and other urban mobility systems, they tend to roll them out in more affluent neighborhoods first. By contrast, the less affluent parts of these cities are still largely car-dependent, despite studies that show these areas actually suffer more due to lack of urban mobility options. In some cases, a lack of proper public transit even perpetuates inequality.
Libeskind agrees that as some parts of a city experience urban mobility advances, other parts will get left behind. “As long as this tremendous income inequality exists, we will be destroying the city as an organic, creative organism for all people. If we continue with this income disparity, we will have parts of the city that will be technologically lagging by about a hundred years or fifty years behind other parts of the city. That I think is of social importance to address. A good city is a place of democratic opportunity for everyone.”
It would be unfortunate if our future cities became divided by several decades (in terms of both architecture and transportation) just to elevate the lives of those with means. Meanwhile, those living in poverty or with lower incomes would still be living in 20th-century conditions. If this social divide is already glaring, just imagine what it could look like in about 20 years.
“We see this already in a city like Rio, where you have very affluent areas coexisting with favelas, which have no running water, in close proximity geographically,” Libeskind explains. “So we must not let that become the model for the future.”
For a city to work for all people, Libeskind believes that transportation cannot be an abstraction. It has to be part of the city’s personality and the thing that connects everyone to a better life. For example, Milan and Songdo, South Korea are two very different cities that Studio Libeskind has projects in. Milan was founded hundreds of years before the Common Era, whereas Songdo first became habitable in 2009.
In Milan, the firm was responsible for creating the masterplan for and designing some of the residences in CityLife, a 25-hectare mixed-use project on the former site of Fiera Milano. Transit plays an integral yet subtle role in connecting neighborhoods that were separated by the divide that the abandoned fairgrounds created. “The Metropolitana, Milan’s subway system, is not really featured in my project as something symbolic. It’s simply there in the foundations of the whole project, and it feeds all the center of that city.” At CityLife, transit is used to connect the existing pieces of architecture around the site, whereas in Songdo, the architecture is used to connect the transit. The New Lotte Mall in Songdo is a 600-hectare waterfront live-work project — one where transit is just one of three integrated components that form a new type of hub in a city that was already built to be well-connected. 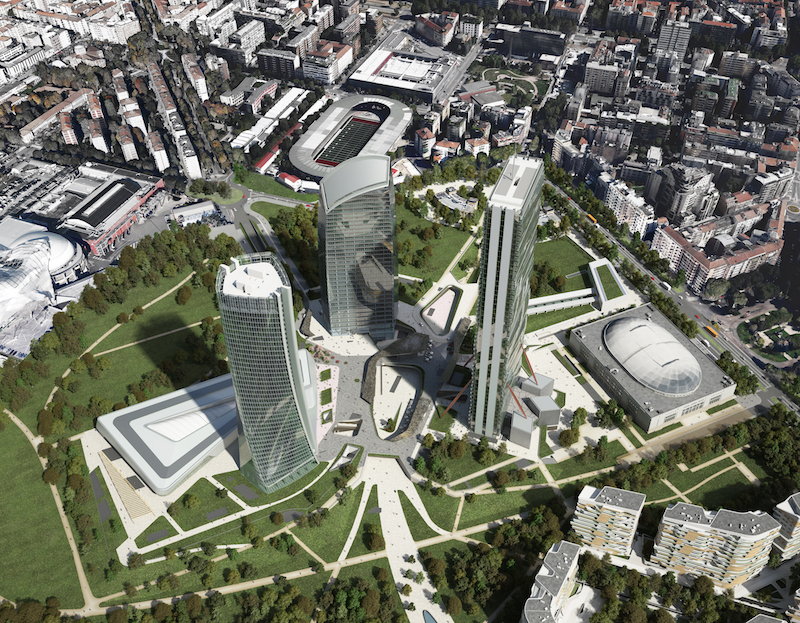 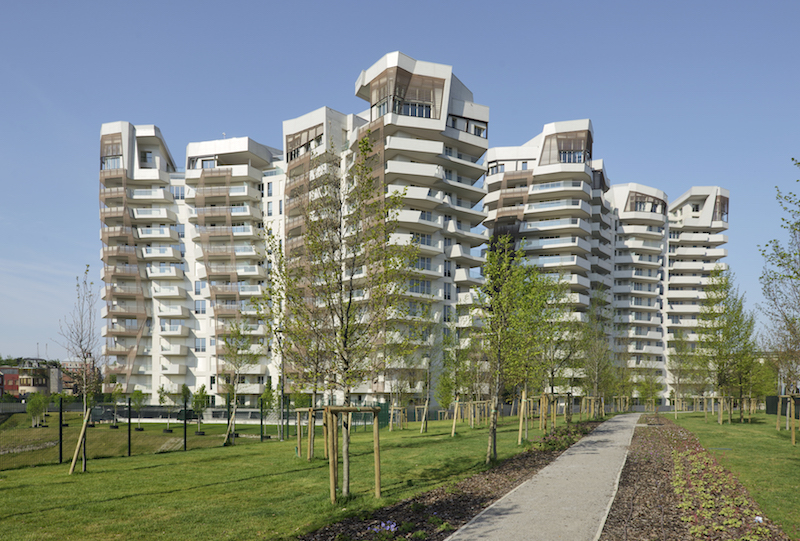 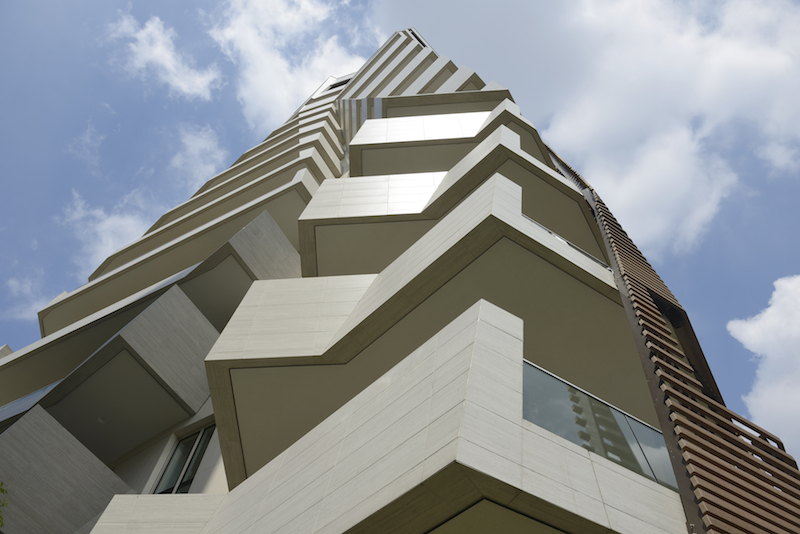 “It is completely different when you create a brand new city like in Songdo, South Korea, where you start from nothing. You can create the ideal image of a city almost overnight. You have very different cultures also. The culture of Milan is thousands of years old, and Songdo is a brand new city between Incheon Airport and the historical Seoul.” 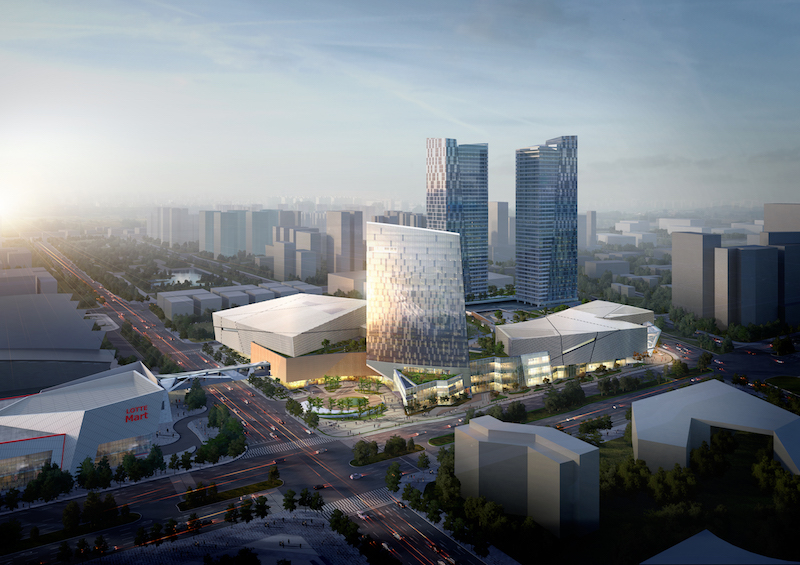 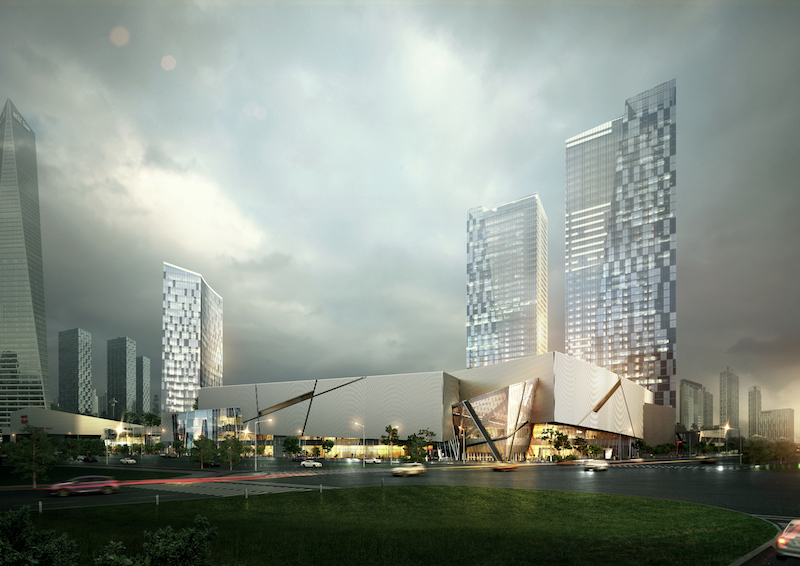 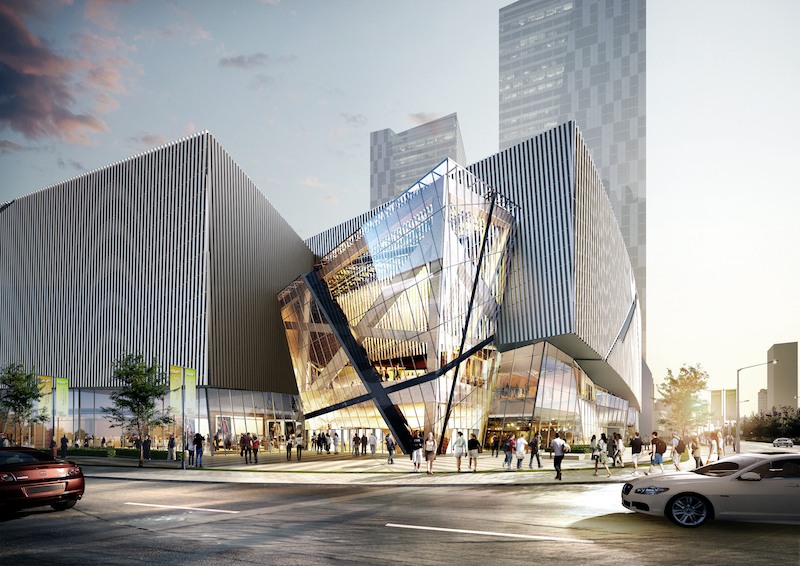 Continue reading below
Our Featured Videos
Many of the urban mobility solutions in our cities have to be imposed on architecture and urban planning that are hundreds of years old. As a result, these new technologies can only change part of the city at a time and do not have the luxury (or the freedom) to be part of a city from its inception like they do in Songdo. “In Milan, you have to fit it into a pre-existing network that is historically not easy to move,” says Libeskind.
In North America, we have settled for incremental change. As our city developments become more transit-oriented and that transit diversifies in mode, the architecture around us will change. The effort to remake the North American city is in progress, but only for a few. Luckily, we live in an age where people can organize to fill the gaps progress has yet to reach. This is the social relationship that needs to be developed to encourage urban mobility gains and make cities better for all citizens.
“Democratization and access to technology will certainly lead many people to be participants rather than onlookers,” suggests Libeskind. “And I think that is to the good of the city, because that will help it become more user-friendly, more adaptable, and more flexible to human desire.”
When asked if that will lessen the need for architects, Libeskind doesn’t seem too afraid: “It will not eliminate architects, just like digital music hasn’t eliminated the conductor,” he explains. “You still need the process to be conducted. The orchestra might have expanded, but the music still needs structure.”