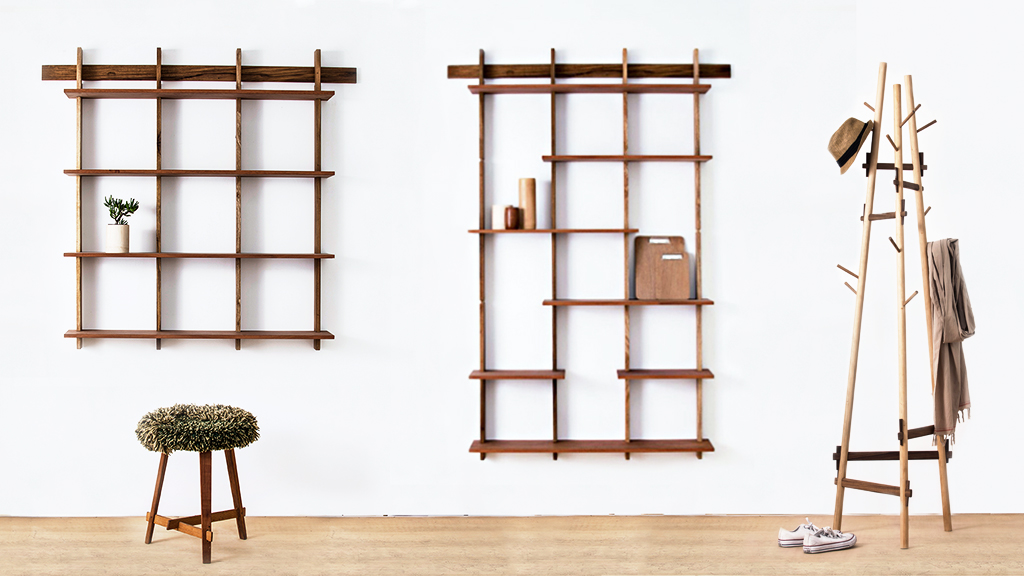 It’s taken Buenos Aires-based, award-winning Argentinian architect Alejandro Sticotti 10 years to develop and perfect his Modular Shelving System, billed as “the only bookshelf you will ever need” by Sudacas.com, an e-commerce platform that promotes “the traditions, values and culture” of South America. In 2016, they approached Sticotti to collaborate in their first ever 24/7 live stream of an artisanal production process, which highlights the Sticotti bookshelf. The video also features the construction of the simple, yet sculptural, Sticotti Coat Rack. 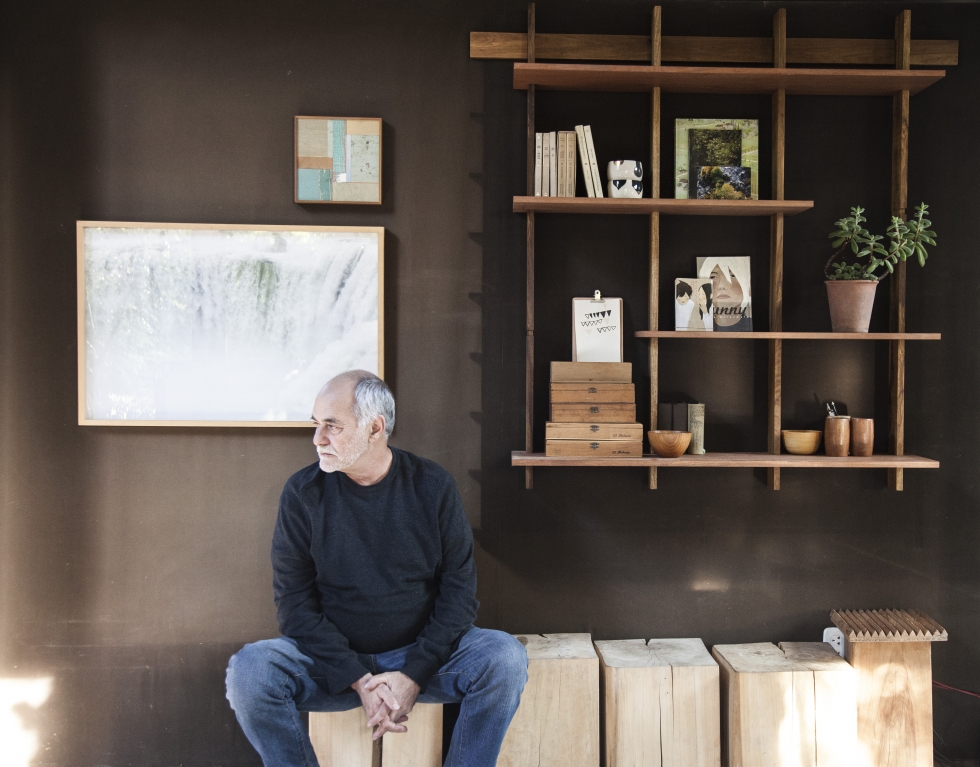 “As universal items, Alejandro has always been obsessed with two – a bookshelf and a coat rack. He considers them the essentials of any space…they can make any space of your home functional – livable,” according to Sticotti’s website.

Kicking off on Kickstarter in July 2016 and ending on August 12, 2016, the live stream was an attempt to “take transparency to the next level” by showcasing the creation of these two essential furniture pieces.

Handcrafted, modular and sustainable—made from certified woods sourced from responsibly managed South American forests—each piece is designed using Sticotti’s own construction processes. Easy to assemble in a matter of minutes, they are versatile and will flat pack for portability. 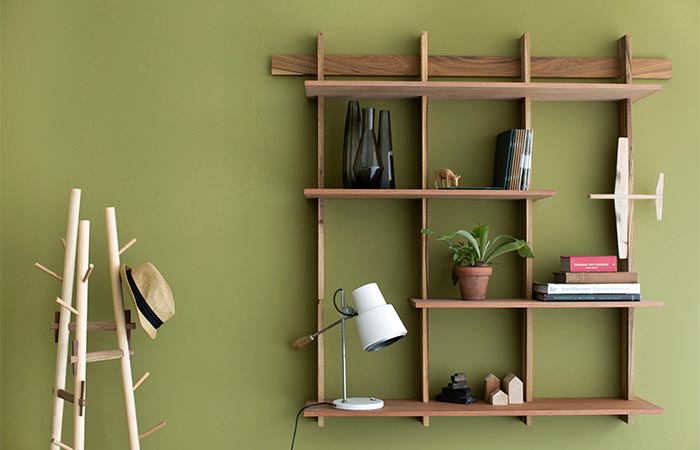 The Sticotti Bookshelves and Sticotti Coat Racks were available for pre-order for the duration of the live stream “at a fraction of their retail value.” The campaign had surpassed its funding goal of 100k within a few days, with the end result scheduled to be shipped out in October. 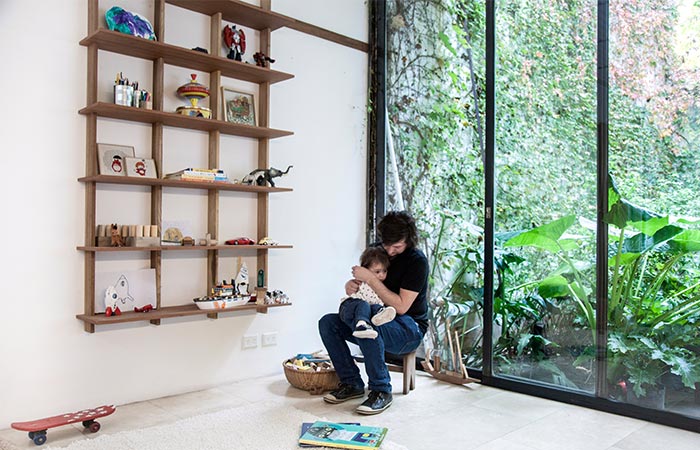 “Live­streaming the entire process was my way of sharing the story of my craft and showing how meticulously each piece is made. It allows me to have a direct connection with the end user,” said Sticotti. “I can make them participants in my process and allow them to witness the creation of each piece they order. I never felt so excited about the possibility to have such a direct interaction with the people that are bringing my pieces into their homes and lives, it gives me a more meaningful level of personal accomplishment.” 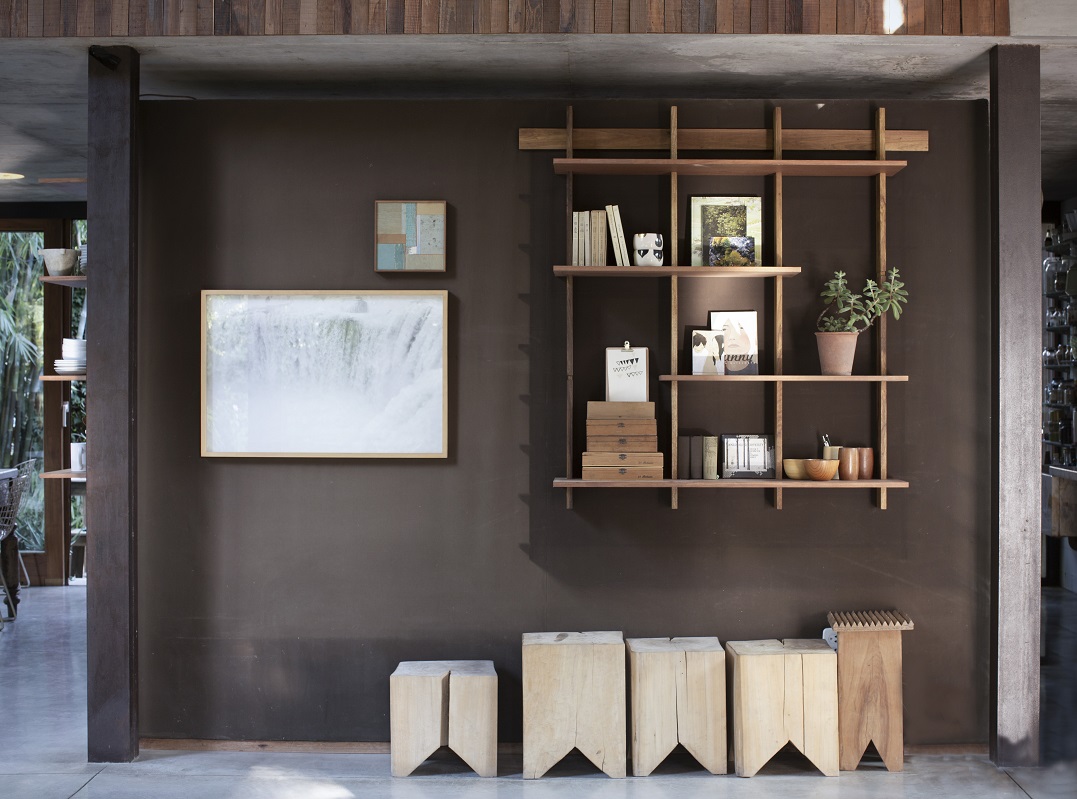 The Sticotti shelving system hangs from a wall mounted bracket and the other pieces join together with a unique and precise interlocking system that requires no screws or bolts.

The modular possibilities are endless and can go as big or as little as your space requires; its minimalist design fitting in a small hallways and in lofty spaces as well. Plus, each piece is created as it is ordered, so there is no waste. 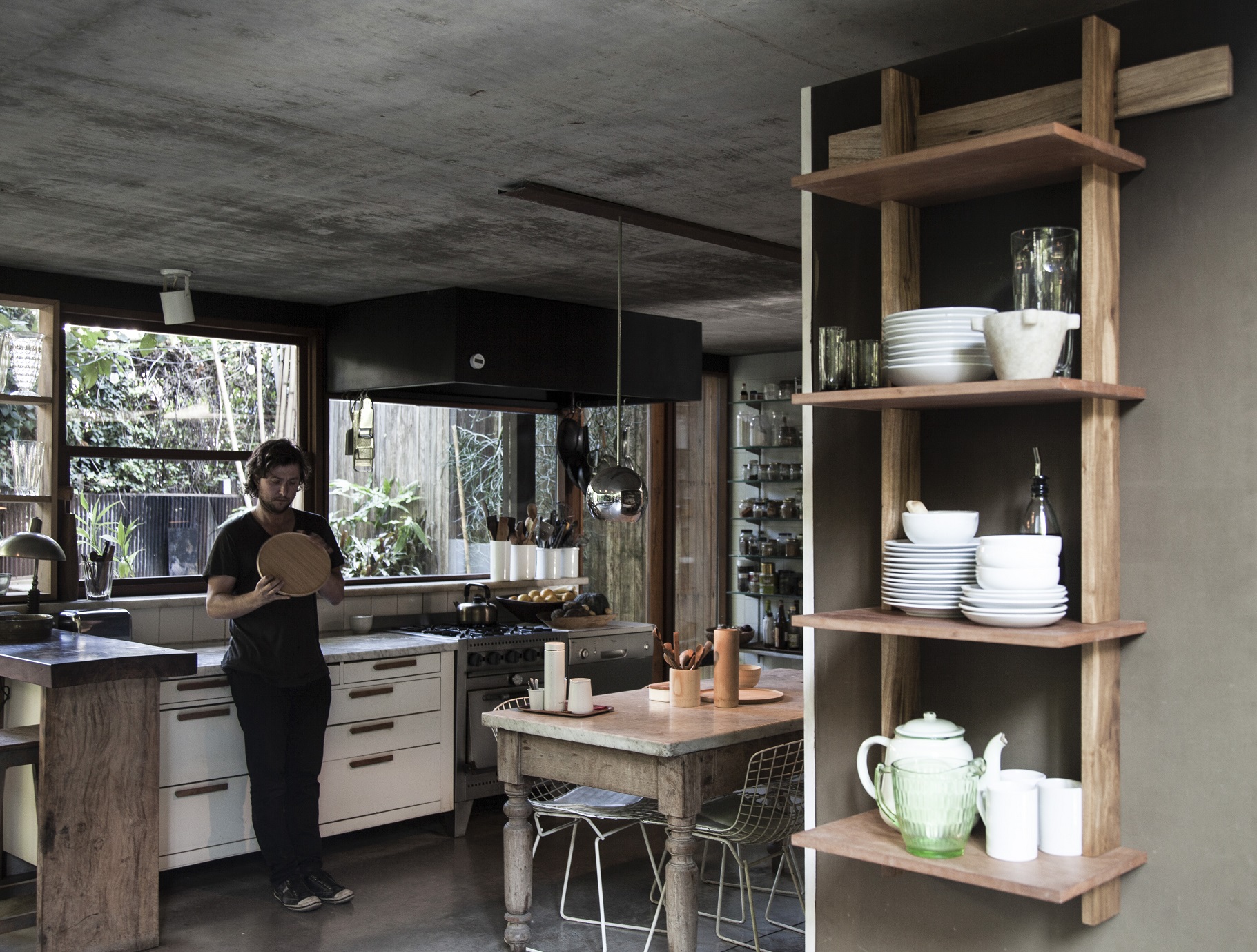 “The customizable, interlocking design of the Modular Shelving System and Sticotti Coat Rack are truly bespoke and unique,” said Alejandro Sticotti. “I wanted to create in a way that fuses South American woods and craftsmanship with American practicality—the result is simple, modern design that is also personal.” 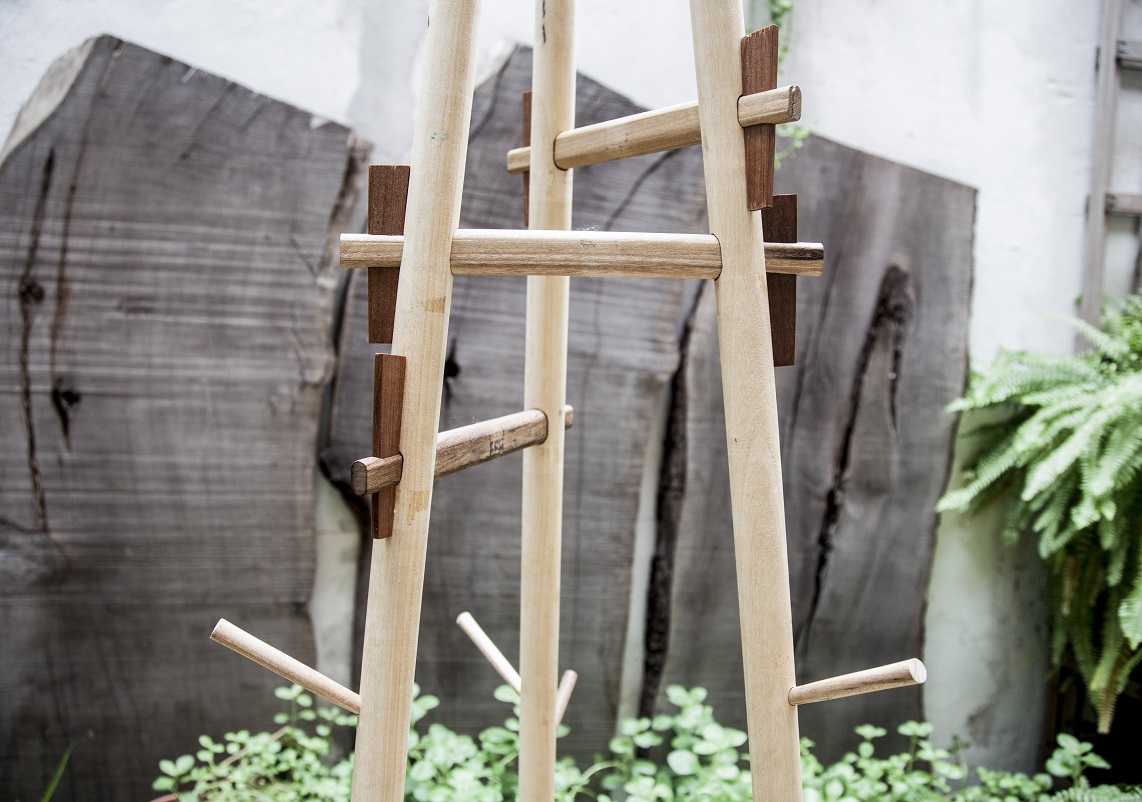 The coat rack, designed in collaboration with industrial designer Pablo Carracedo, was inspired by a Japanese joinery technique in which the component parts are connected with self-sustaining joints. According to Sticotti, ”the assembly process is simple and fun and creates the sense that you are building it with your own hands.” 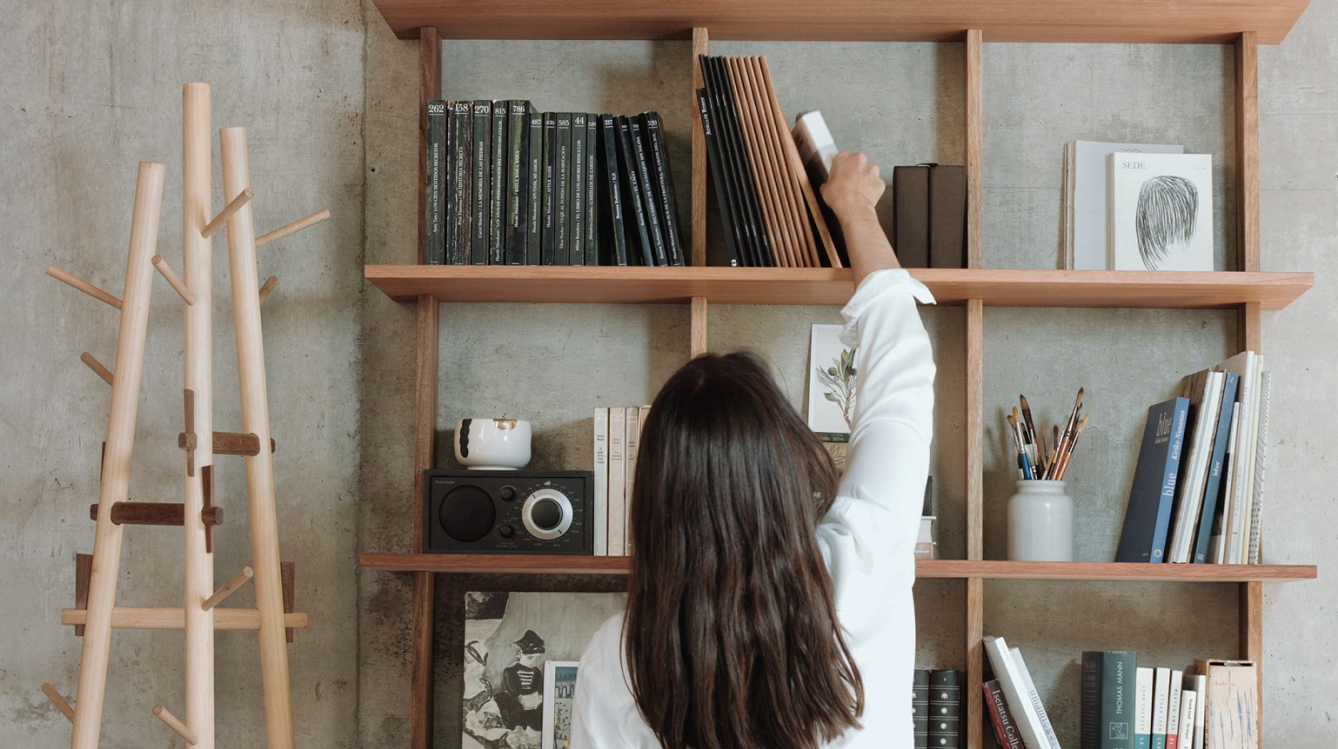 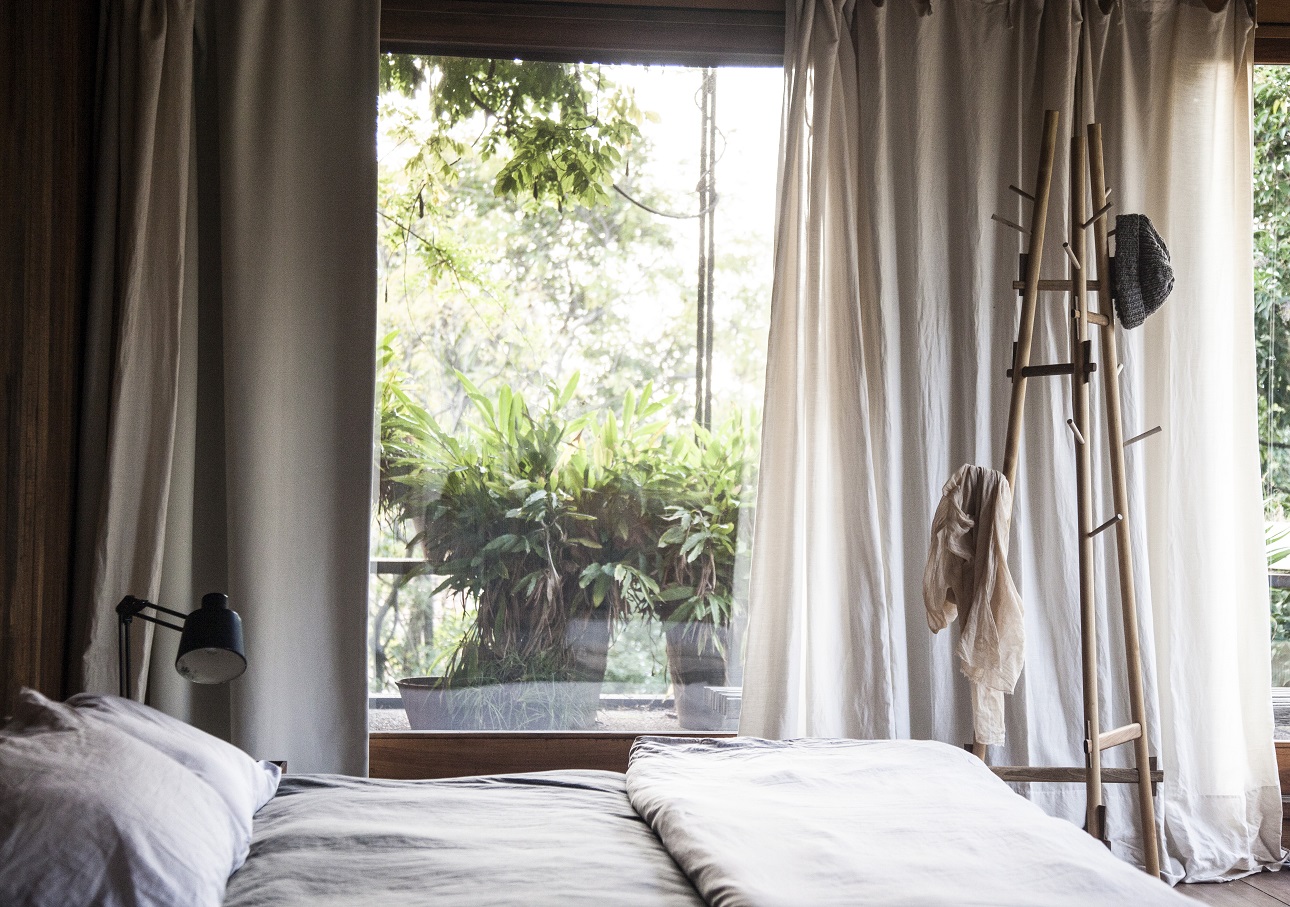 Sticotti grew up surrounded by wood, so it seems only natural that his products reflect his knowledge and experience.

“My grandfather was an old ­school carpenter, and my father had a small workshop in the house. For me wood is both universal and unique. Its versatility, its beauty, the different tones, the textures, everything about it is special,”‘ said Sticotti. 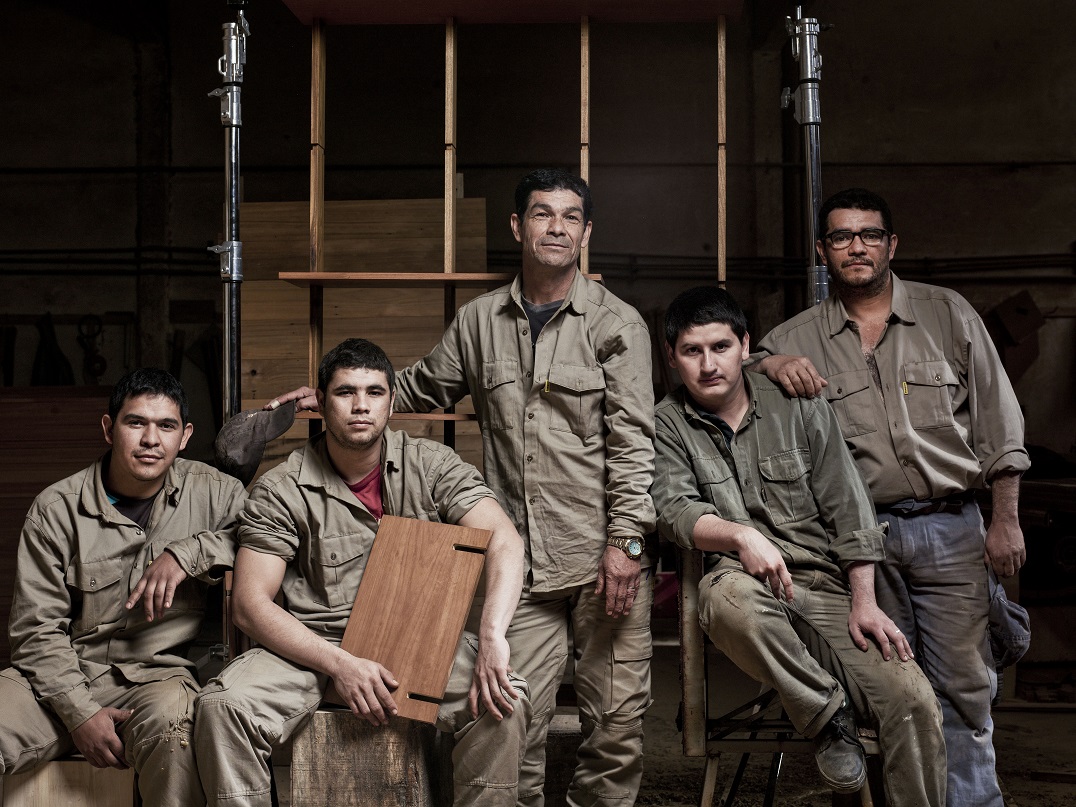 An architecture graduate of The University of Buenos Aires, Sticotti has worked with wood for thirty years. A quarter of a century ago hei founded NET, his own bespoke furniture line. He creates using sustainable South American wood: Lapacho, Cedar and Brazilian Pine. Also, he employs local artisans and craftsmen to help realize his vision, preferring to leave the wood as it is, its color and grain on show.

When the production capabilities and available wood in the Argentinian workshop runs out, Sticotti and Sudacas plan a transition to Indigogo, where their 24/7 live stream will recommence.