Matchmaking has been around almost as long as love has. No doubt, some mom living in a cave millions of years ago said to her son or daughter, “I saw that nice young person a few caverns down this morning. It couldn’t hurt you to just go say hello.” Even the sisters in Fiddler on the Roof bemoaned their parents trying to marry them off in 1905 Imperial Russia in the famous song “Matchmaker, Matchmaker.” Today, third-party matchmaking based purely on looks or, for better or worse, algorithms, is eagerly embraced. Social media titan Facebook threw its hat into the dating ring on September 20, 2018, but for now, the service is limited to Colombia. 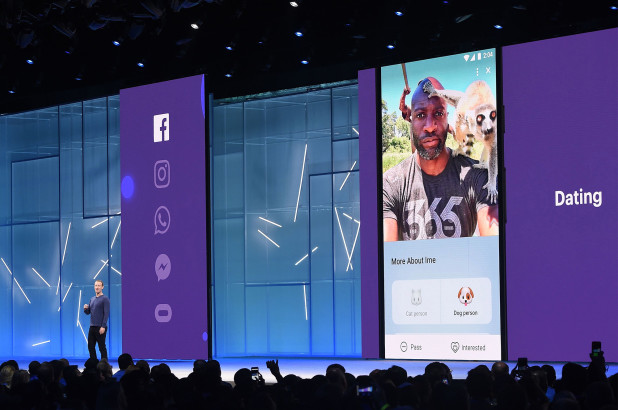 Facebook Dating’s product manager Nathan Sharp explained why the new service was launched in Colombia, stating that the majority of South American countries have overwhelmingly embraced online dating and that Colombia alone has 30 million confirmed active Facebook users. It’s also easy for Facebook to track data on the dating app out of a minimal number of metropolitan areas. On top of that, Colombia also has fewer press organizations actively working to reveal policy or privacy issues and deter advertisers.

The new Facebook feature, which is simply called “Dating,” claims to be much more than just a swiping app that mindlessly matches pretty faces. Instead, the app generates a list of algorithm-driven “suggested” matches based on all the information people have shared on Facebook since the day they first joined. For many, that aspect is a double-edged sword. In hindsight, a lot of people have realized that some personal experiences are best left unshared — or at least unphotographed.

When the company revealed its proposed dating app back in May 2018 at the F8 conference, they explained: “potential matches will be recommended based on dating preferences, things in common, and mutual friends. They’ll have the option to discover others with similar interests through their Groups or Events.” 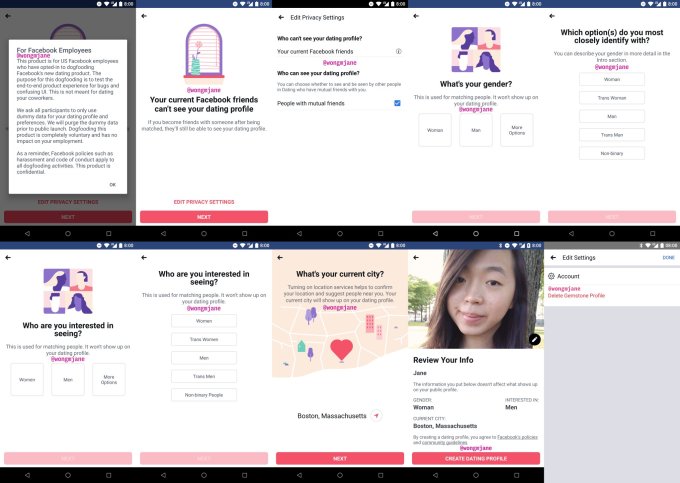 To get the ball rolling, simply opt in and set up a first-name-only profile. This profile will not be accessible to your current Facebook friends or looky-loos who aren’t Dating members, and your participation won’t be revealed in the News Feed.

Next, you go through the lists of events happening where you live and check out groups with interests you share. You can only unlock one event or group, but that’ll still show you to all others who chose the same event or group.

As you browse the revealed profiles, you’ll see photos and information on different individuals. These people are chosen for your perusal based on data Facebook has gathered on both you and them over the course of your respective memberships — including but not limited to friends and shared interests.

If you and another person express mutual interest, you’ll have an opportunity to converse via a unique, private information box isolated from both Messenger and WhatsApp. The premier edition of the Facebook dating app limits communications to text messages only. 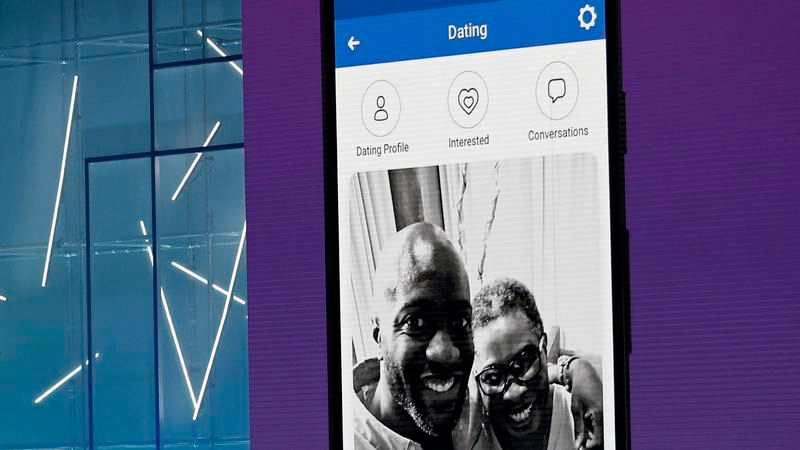 The first edition of the app has some built-in features that may be altered as its membership grows and feedback starts to roll in. You can only contact 100 people every 24 hours, all photos and personal questions are monitored, and you can choose to view profiles of friends of friends or opt to only view people who don’t share any connections with you. (insert 5)

Sharp commented, “We wanted to make a product that encouraged people to remember that there are people behind the profiles and the cards that they’re seeing. We wanted a system that emphasize[d] consideration over impulse. We want you to consider more than that person’s profile photo.” Time will tell if that idealism becomes a reality.