Artists frequently cite a muse as their inspiration. Whether it be a lover, friend, pet, sunset, breakdown, or dream, something is usually to thank for moving the creators of art to produce their masterpieces. Ian Felton’s inspiration for his debut “Kosa” collection came from a 200-page pamphlet he happened upon several years ago. He was particularly enthralled with the booklet’s condensed history of mankind and the ways creation played a role in shaping community constructs at even the earliest stages of our existence. 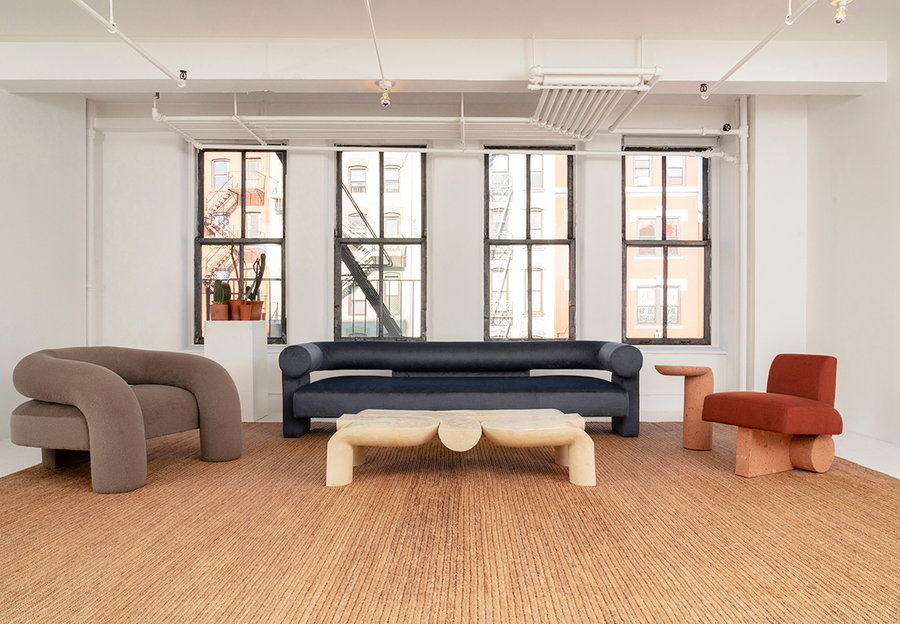 Felton’s goal of creating furniture that feels like its from 5,000 B.C. is evident at first glance. He’s said that he was struck by the gentle welcoming lines of that era’s furniture, all of which were inspired by Pre-Colombian views of creation and rebirth. From the sofas and chairs to the sculptural pedestal tables, the warm colors of autumn, bulky bolsters, and chubby forms abound here. Each piece seems to reach out with a warm hug, drawing you in to feel a soothing embrace from every angle. Even the coverings on them are inviting (we’re especially fond of the alpaca covering on the lounge chair).

The Path to the Kosa Collection 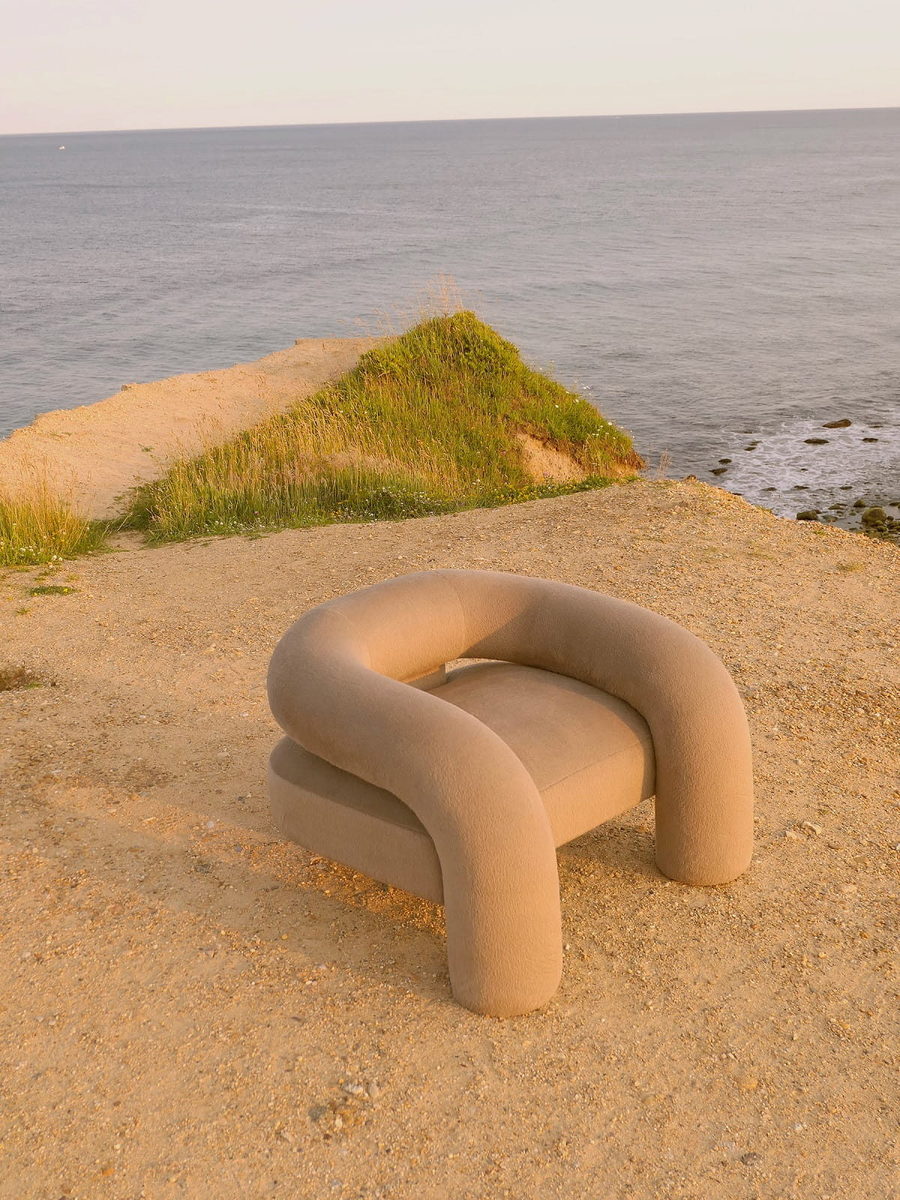 Felton grew up in Washington, DC, a student at Montessori schools with creative parents who encouraged international exploration. He went on vacations to Central and South America as a child and was routinely exposed to international religions and cultures. As a young adult, he pursued a career in industrial design.

From there, Felton started exploring ultra-high-end custom furniture design. “It was one of the only areas of design that was about creating objects that have an emotional connection with the end user,” he explains.

After designing furniture for others for several years, his real breakthrough came when he discovered a pamphlet called Are We Human by Beatriz Colomina and Mark Wigley. He was so taken by the content’s anthropological take on design that he began researching pre-Colombian cultures. He “found himself realizing how much animism and worldview and emotion and whimsy was infused into everything they did.” 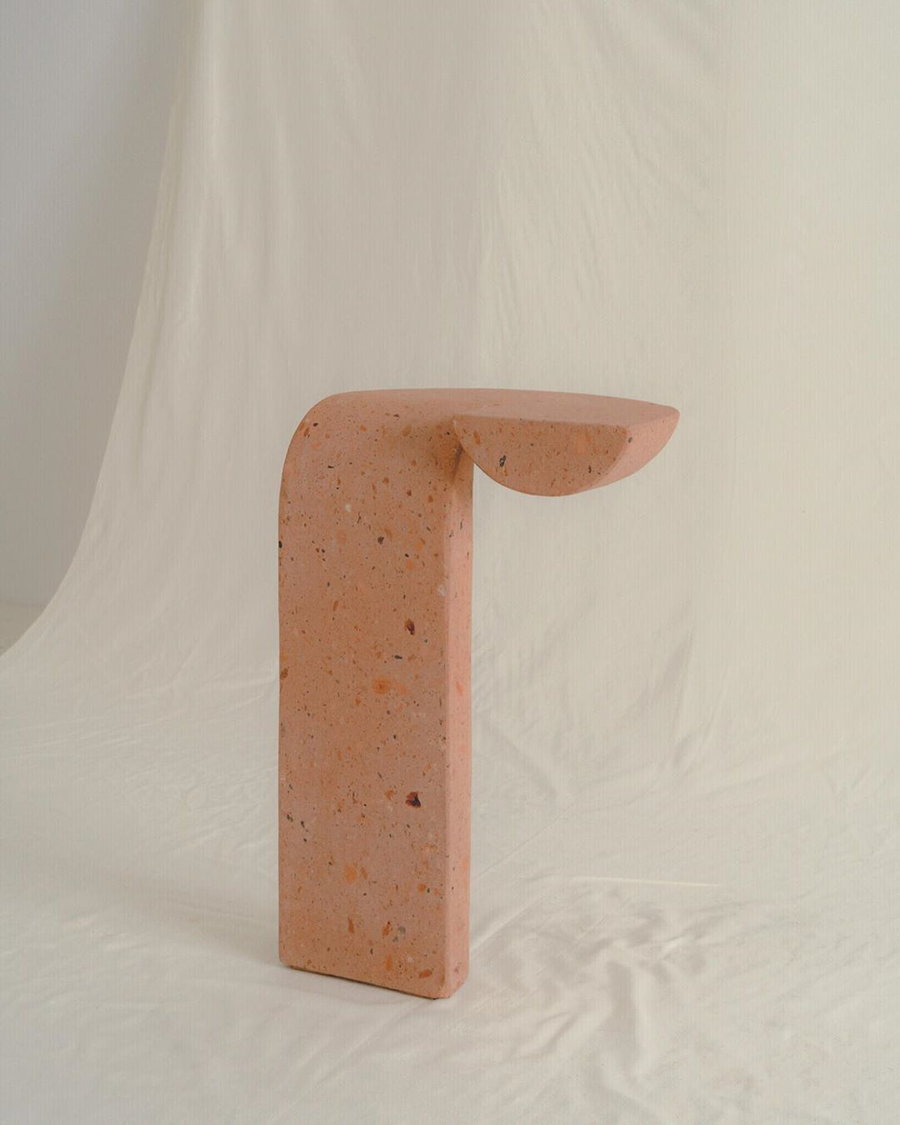 With no specific goal in mind, Felton’s research got deeper and deeper into Mayan and Valdivian cultures, examining their unique symbologies and structural designs. Felton recalls that “At that point I decided to regroup my thoughts a bit, to distill and center on the things that were really speaking to me and put them into physical form — to take all these points of inspiration, [filter] them through my context today in New York City, and reimagin[e] these concepts as they might be introduced today.”

In addition to perfectly capturing the essence of his inspiration, Felton also wanted to finish each piece of his collection with unique textures and coverings. He worked with expert stone carvers and woodworkers outside of Mexico City and discovered cantera while doing so, which he then used for the basis of his side chair and table. He also used Mexican lava rock, the aforementioned alpaca, and stacks of laminated medium-density fiberboard (MDF) for the other pieces. A calcified lime plaster, a take on Tadelakt, is used for many of the hard finishes, polished with soap and stones to seal it all up and add depth. 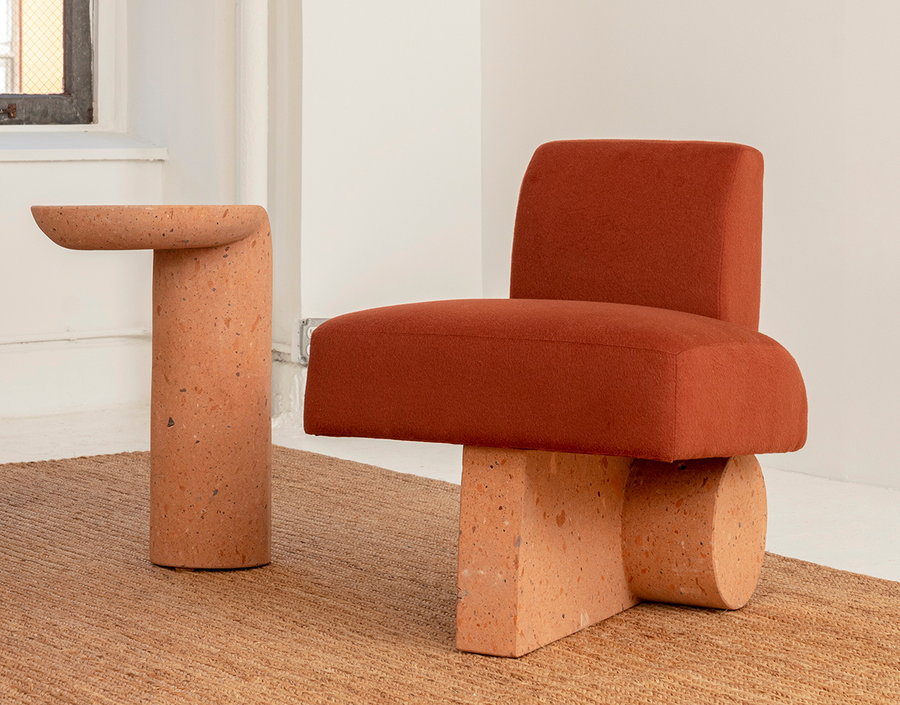 Felton seems to only just be getting started on the design collection part of his career, and we’re already anxiously awaiting his next release.