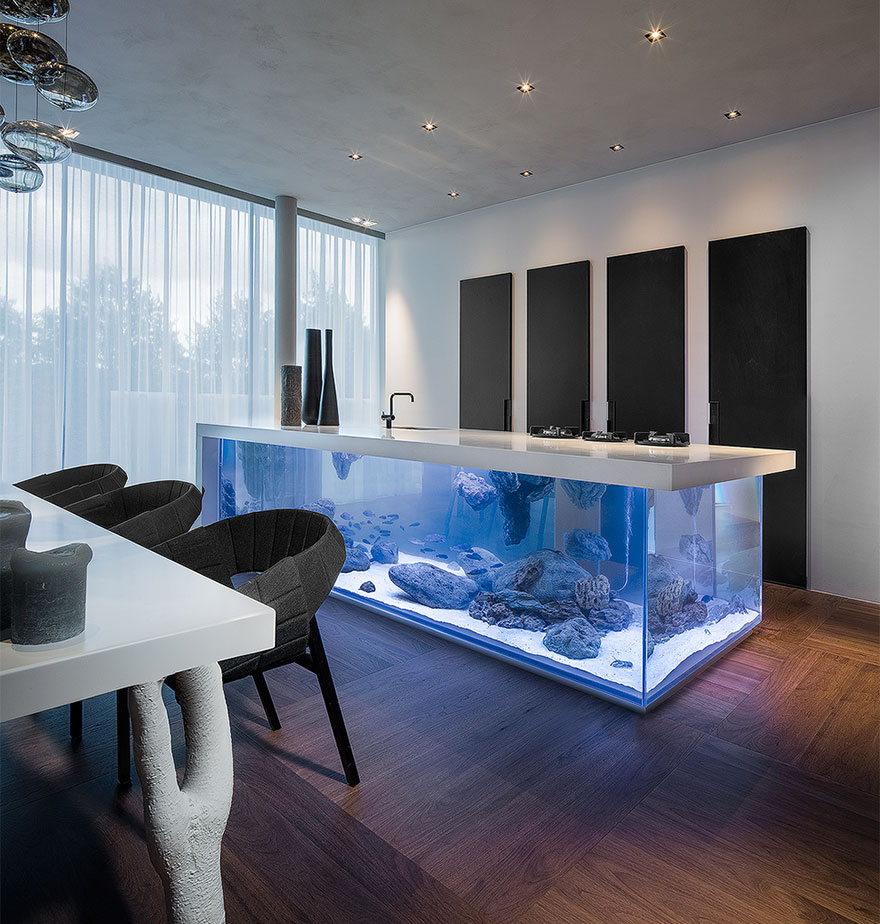 Watch your pet fish flit around peacefully as you cook with this sleek minimalist kitchen island that doubles as a massive aquarium. Created by Dutch designer Robert Kolenik, ‘Ocean Keuken’ appears at first glance to be one big rectangular aquarium taking up the entire center of the kitchen, but walk around to the other side and you’ll see that it’s actually functional, too. 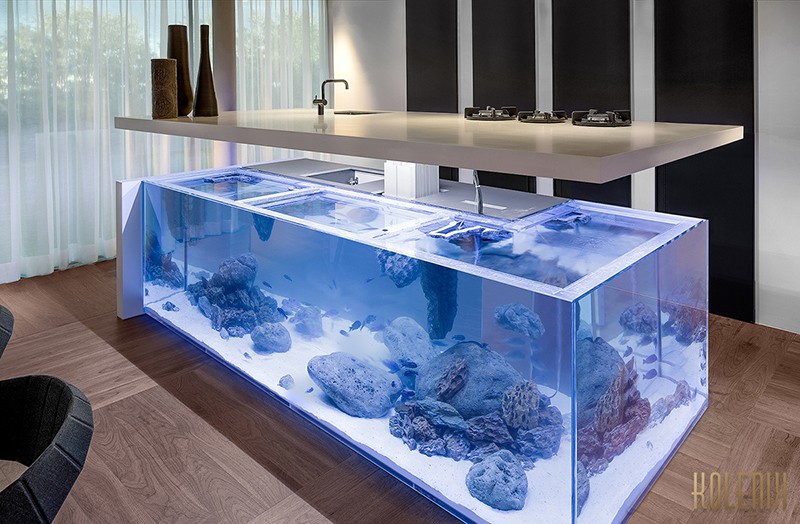 The aquarium is L-shaped, wrapping around a storage unit and sink that’s rendered virtually invisible with the use of reflective materials. Wondering how you feed the fish or clean the tank? Press a button and the entire countertop rises into the air. 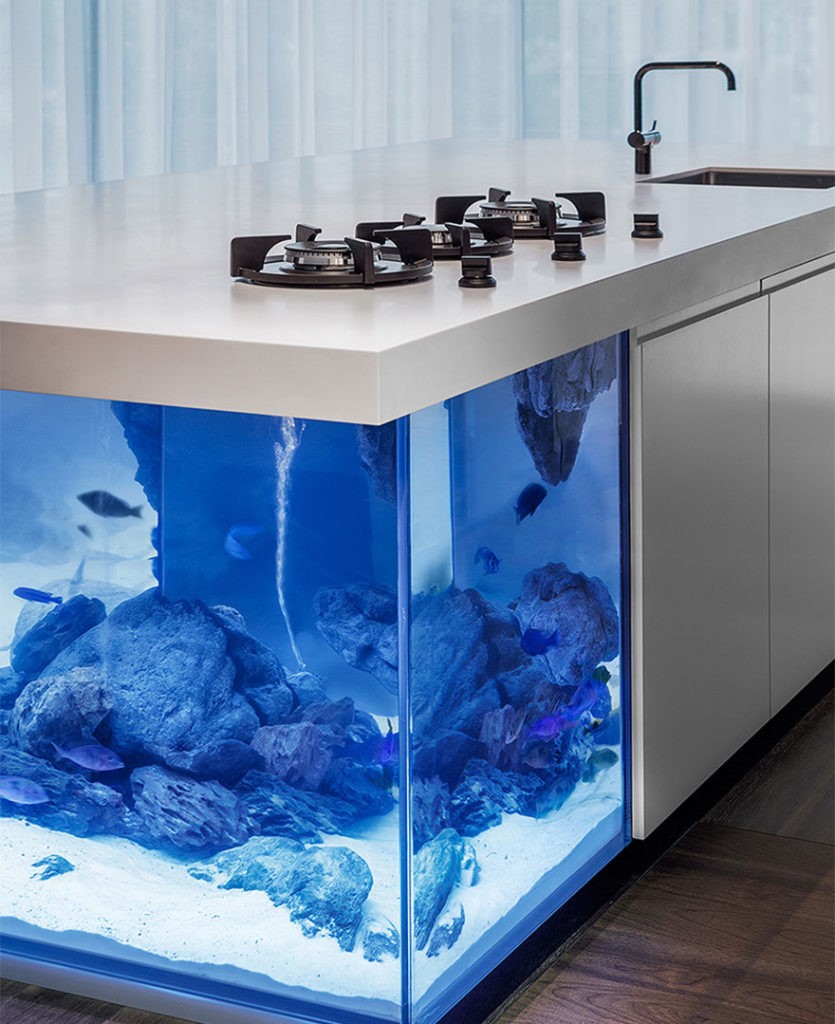 The freshwater tank includes an integrated water filtering system built into one of the four cabinets. Designed for a client who wanted a large aquarium close to the kitchen in a luxury villa, the custom creation has inspired requests for similar built-in aquariums in unusual places.

“Absolute eye catcher in the board room, is the unique aquarium under the kitchen top which effortlessly lifts just with the press of a button. Apart from being a one of a kind design object, it is surprisingly functional.
Seemingly an oversized aquarium, the intelligent L-shape hides generous space for storage and equipment. This Robert Kolenik state of the art masterpiece is available in a limited edition and can be made to measure.”

“Robert Kolenik (1981, Westervoort) is an interior designer and furniture designer with a warm, luxurious, international and timeless signature. He represents the new generation of Dutch designers who are respected and admired around the world. This is due to the high quality of their work, their businesslike approach and their unique design style. What’s more, Kolenik combines all this with a huge amount of passion, a critical eye and an inspiring personality. His design studio is based in Amsterdam in the Netherlands. “