Fostering connections between kids and their distant friends and loved ones is about to get easier with the Amazon Glow, a new device that makes video calls more interactive. Announced in September, the $249.99 Glow is a separate product from the similarly named $29.99 Echo Glow lamp. It consists of a square-shaped tabletop device with a video calling screen that projects content-like games and books onto a large touch-friendly mat. The idea is that kids can play games, read, draw pictures, and partake in other activities with the person on the other end, no matter how physically far apart they might be. 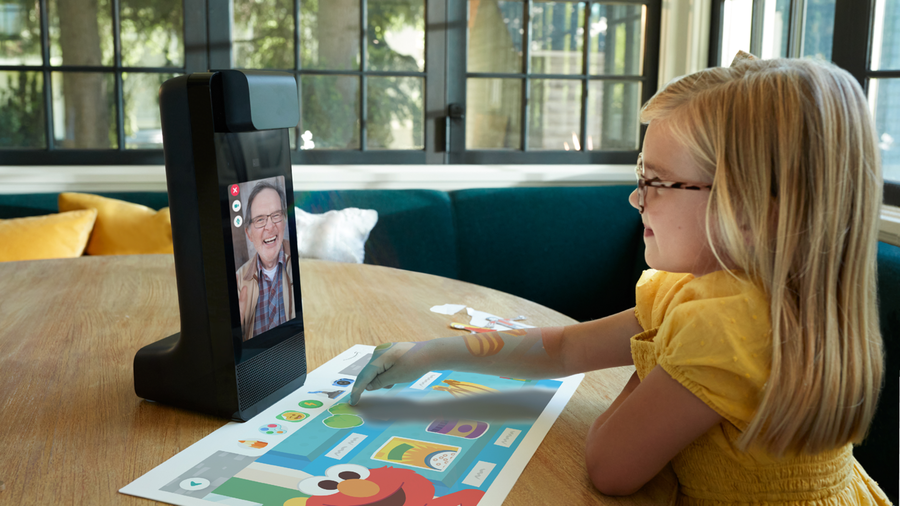 “Glow brings an entirely new level of fun that lets kids be kids and welcomes grown-ups into an exciting new way to connect and bond, even when they’re far away,” said Joerg Tewes, General Manager of Amazon Glow. “We’ve created an unbreakable, supersized, projected surface like no other, fusing digital and physical fun that excites kids and delights grown-ups with all they can do together.” 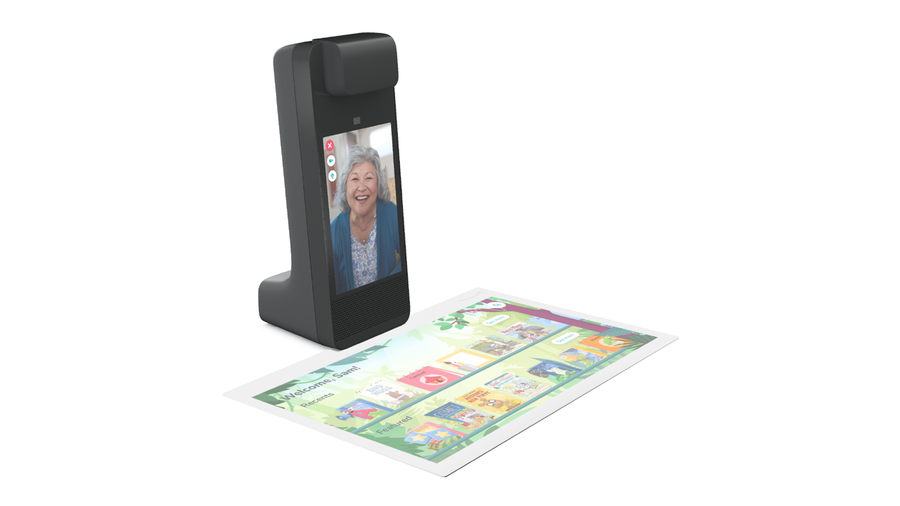 Topped with a 720p camera, the Glow’s 8-inch display is supposed to hit a sweet spot between the display sizes of a phone and a tablet, easy to perch on the edge of a table during a call. The 19-inch mat works with an array of digital pencils, crayons, paint brushes, and spray paint, along with a “vacuum eraser” when they want to start over. Kids can also choose from thousands of children’s books in the Amazon Kids+ library (which is included free for the first year) and games like Chess, Checkers, Go Fish, and Memory Match. 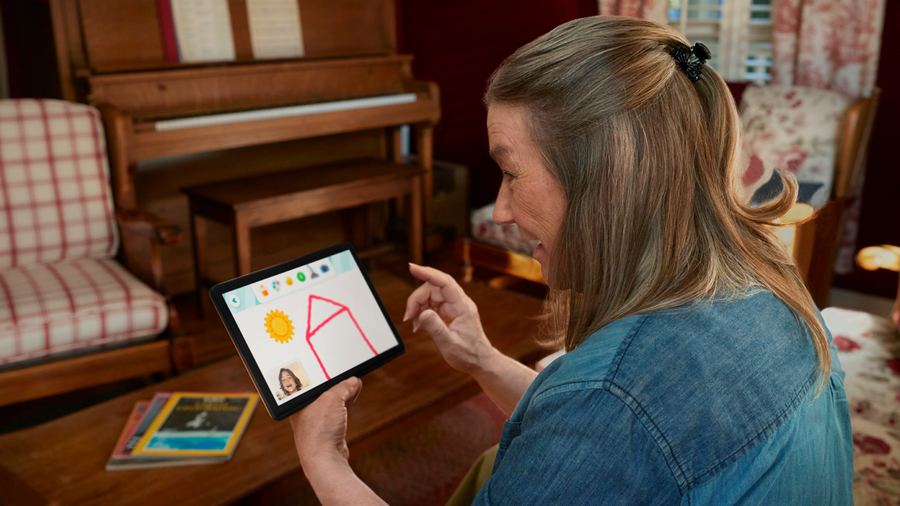 The ability to scan physical objects to turn them into digital objects is a particularly fun feature. Kids can bring a favorite toy to life, turn it into a puzzle, or reimagine it as a painting. A series of learning kits called “Glow Bits” offers another way to blend the digital world with reality, like the Tangram puzzle game, in which kids use physical shapes while their remote family member uses digital shapes to solve challenges together.

Limitations, Both Positive and Negative

The friends and family members on the other end use a tablet to participate in the activities via the free Glow app. Surprisingly, compatible tablets don’t yet include Amazon’s ultra-affordable Fire, but the company says that will change soon. You also can’t play Glow-to-Glow, so kids in different households trying to play together are going to have very different experiences. Amazon seems to view the Glow more as a way for kids to get enhanced quality time with relatives who live far away, and on that front, it does deliver. Kids tend to get bored quickly on ordinary video calls, but these activities will keep them entertained much longer. 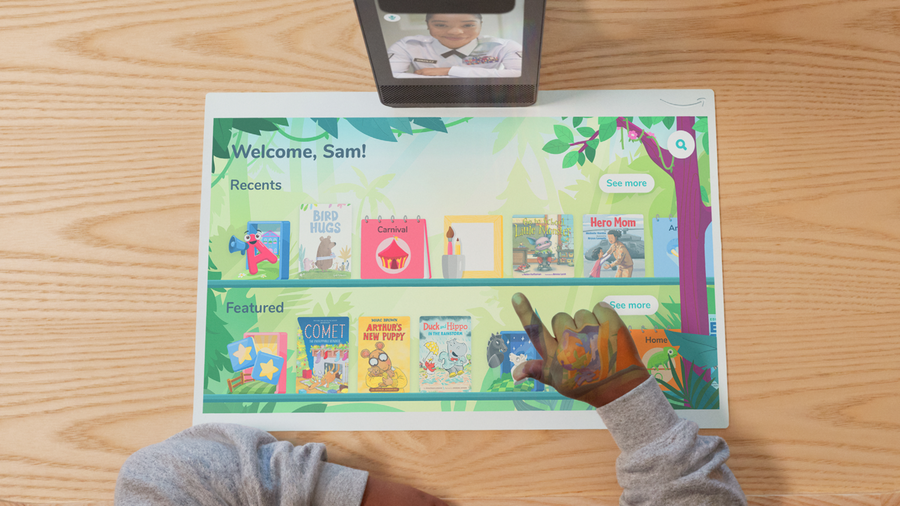 The Glow is for kids ages three and up, and there are activities designed for every age bracket. The Amazon Parent Dashboard lets parents manage approved contacts and view recent calls. The fact that the Glow is so tightly focused on Amazon Kids+ and a limited range of activities is both a plus and a minus. There’s no web browser and therefore no opportunities for kids to wander into inappropriate content, but the fact that the standalone device doesn’t connect to other smart home devices in Amazon’s ecosystem or others can be a limitation. Every participant has to have an Amazon account, too, and the device doesn’t support Bluetooth headsets, ostensibly so that parents can listen in on the conversations. 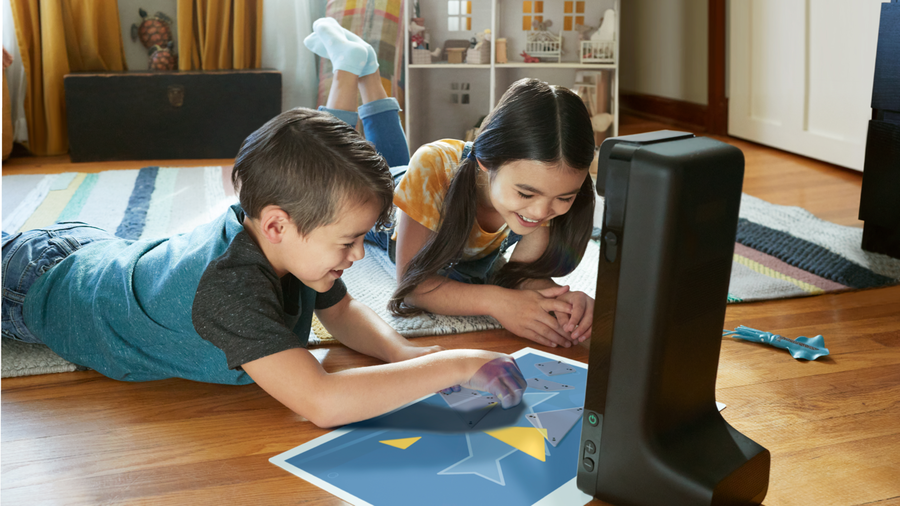 This device is currently one of Amazon’s Day 1 Editions, which is basically a closed beta program, so it’s unclear when it will be offered for general release or whether it will be a permanent part of Amazon’s offerings. Currently, you have to request an invitation to purchase it on the product page, and due to limited quantities, not all requests will be granted.