There’s always something a little off about a Snarkitecture piece in the best possible way. The New York-based studio is known for creating bold, minimalist installations, interior design projects, and industrial designs that are far too powerful to overlook. Their name comes from Lewis Carroll’s poem “The Hunting of the Snark,” which outlines the “impossible voyage of an improbable crew to find an inconceivable creature.” Always focused on investigating the boundaries between disciplines, this firm consistently wows with their imaginative creations — so it only makes sense that what came out of their collaboration with Caesarstone for the quartz manufacturer’s 2018 Designer Program is far from ordinary.

The project focuses on what Caesarstone calls the icon of the modern home: the kitchen island. But don’t pull out your cutting boards and knives just yet. Snarkitecture’s playful interpretation of the object focuses on its materiality in an almost abstracted sense. All four of their unique sculptural creations seem to take the word “island” rather literally, with topographic and geographic themes incorporating the imagery of melting ice, fountains, and clouds of steam. 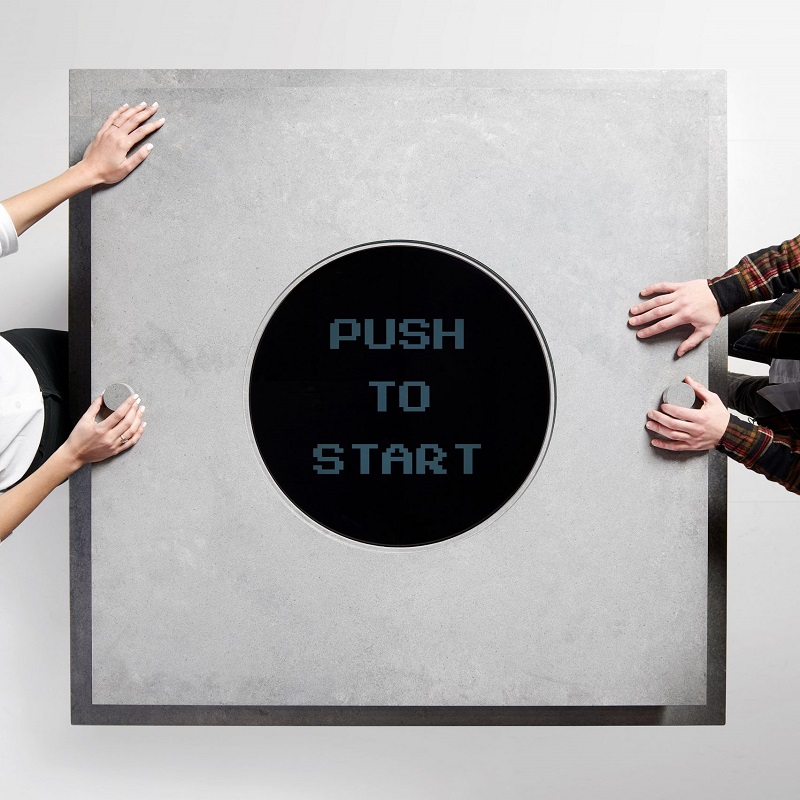 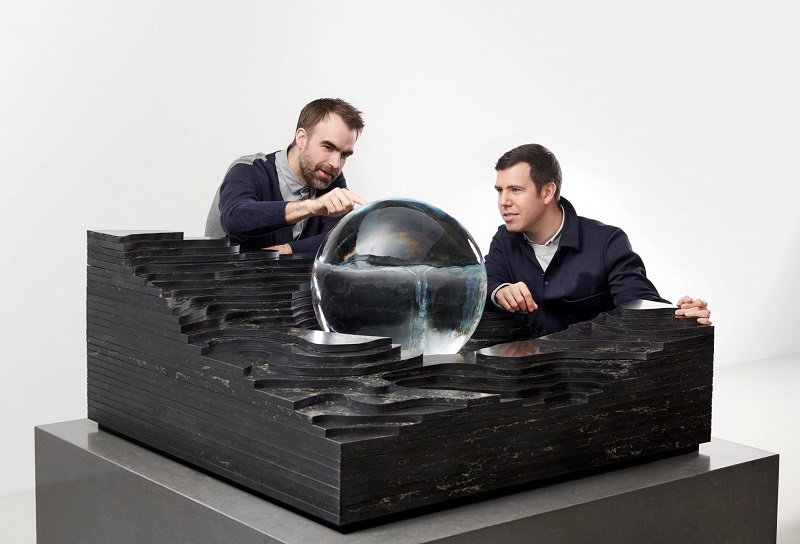 “Over the past 40 years, the kitchen has transformed from the private, utilitarian space to the most public space in the home,” explains Caesarstone in a press release. “It has evolved into a place for entertainment, social interaction, and performances where we demonstrate our ‘professional’ cooking skills, as well as showcase our high-tech appliances. As water is one of the most important ingredients in the kitchen, used for a wide variety of cooking techniques and culinary creations, Snarkitecture will investigate the ‘changing states’ of water in the context of the kitchen island, as well as look at natural topography where water exists in these states.” 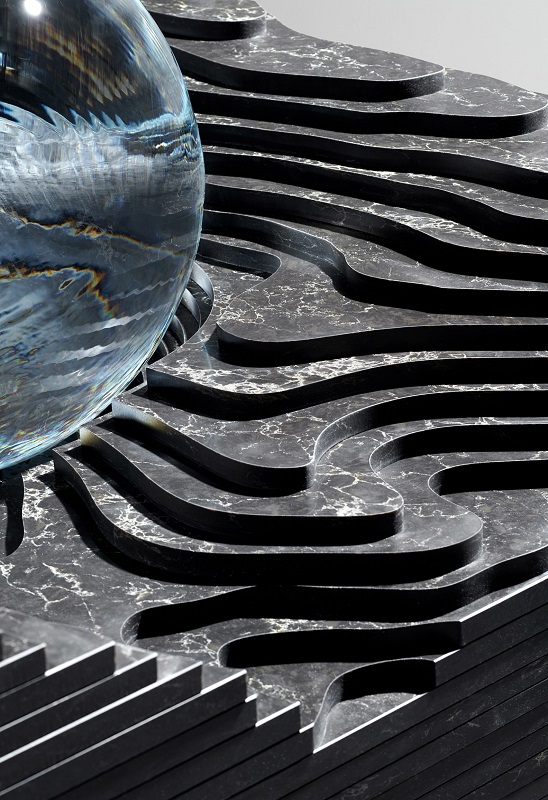 The collection, entitled “Altered States,” debuted at this year’s Interior Design Show in Toronto and represents the first in a series of collaborations set to take place between Caesarstone and Snarkitecture in 2018. Each of the islands is made from the brand’s world-renowned quartz in various colors and finishes. This material is durable and made to stand up to all kinds of rough treatment (such as exposure to water and rapidly changing temperatures), so Snarkitecture put it to the test by cutting it into jagged pieces and stacking it to “reveal its internal structure.” 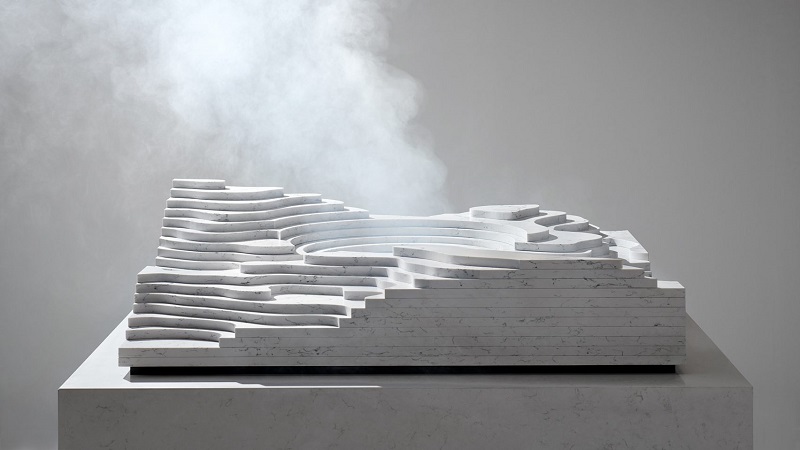 “Ice Island” is made of 37 layers of Vanilla Noir 5100 Caesarstone and acts as a pedestal for a globe of ice. “Water Island” consists of 32 layers of Alpine Mist 5100 Caesarstone cut in wave patterns, and “Steam Island” emits water vapor from stacked pieces of White Attica 5143 Caesarstone. Though these pieces aren’t exactly functional kitchen islands, they still encourage interaction and engagement, and their layered arrangements present a novel twist on the usual flat quartz surface. They can be seen next at the Salone del Mobile Milan in April.

“As architects, we at Snarkitecture tend to be very material-oriented,” says studio partner Benjamin Porto. “This collaboration gives us the opportunity to engage and interact with the Caesarstone material, something we would like to pass on to visitors of the installation, demonstrating the versatility and quality of Caesarstone surfaces.”