Alphaville Architects are known for their unconventional design tactics that challenge both form and shape to create aesthetically dynamic structures that dazzle the eye – and their newest creation is no exception. Incongruous in its surroundings, this micro-living space stands out not only because of its size, but also because of its shape. Angular, open, and taking up just 45 square meters, this tiny house is even more impressive on the inside. 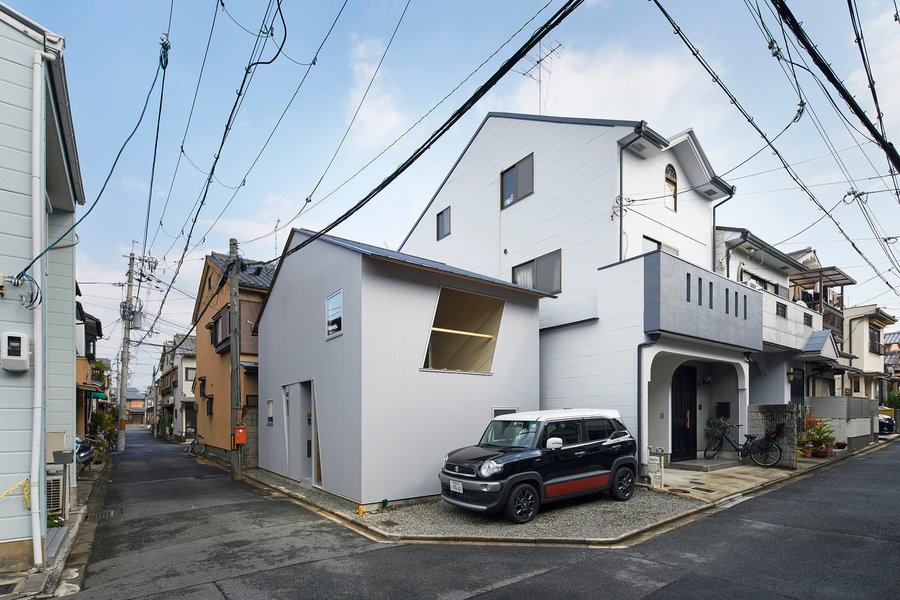 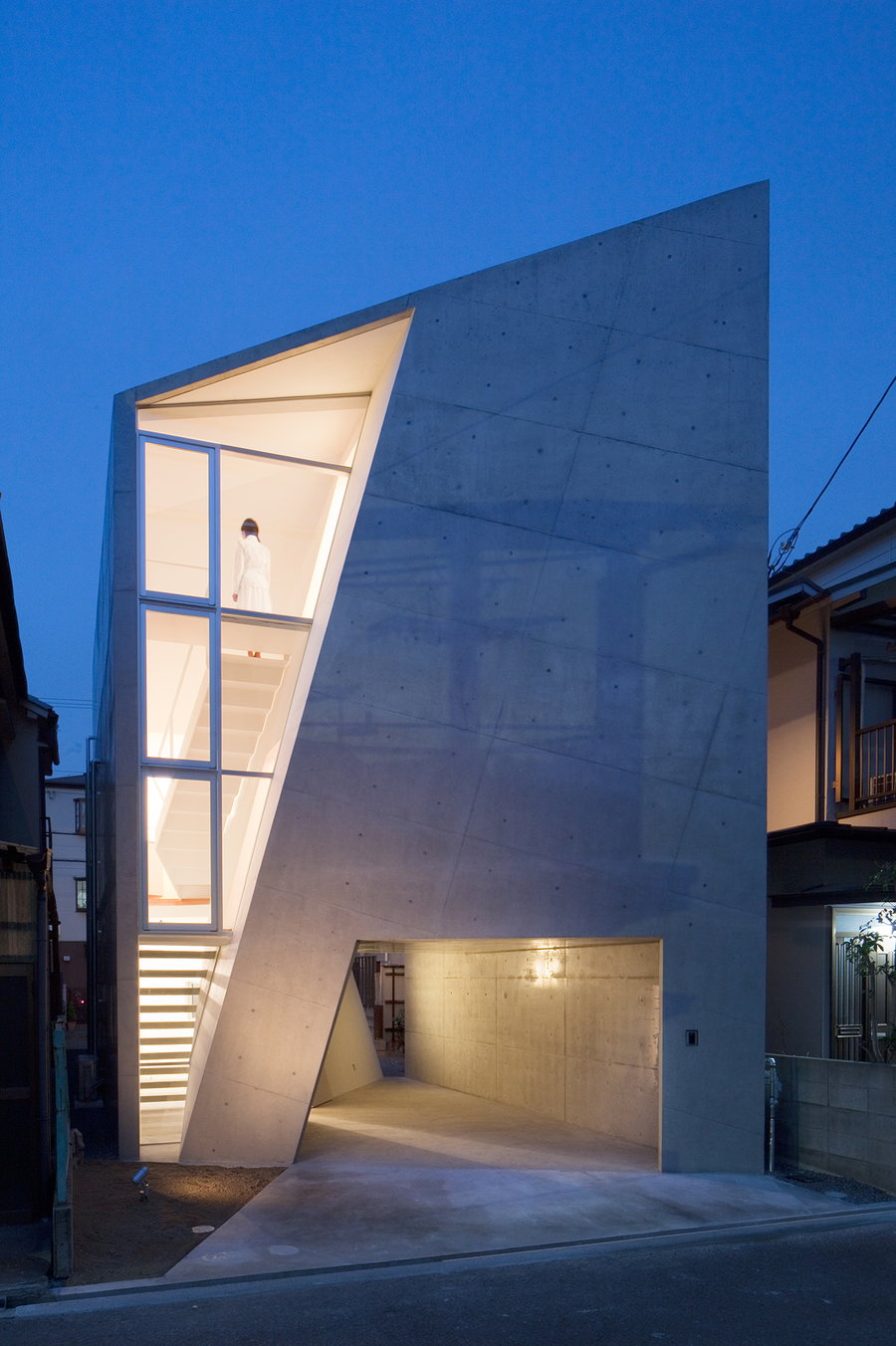 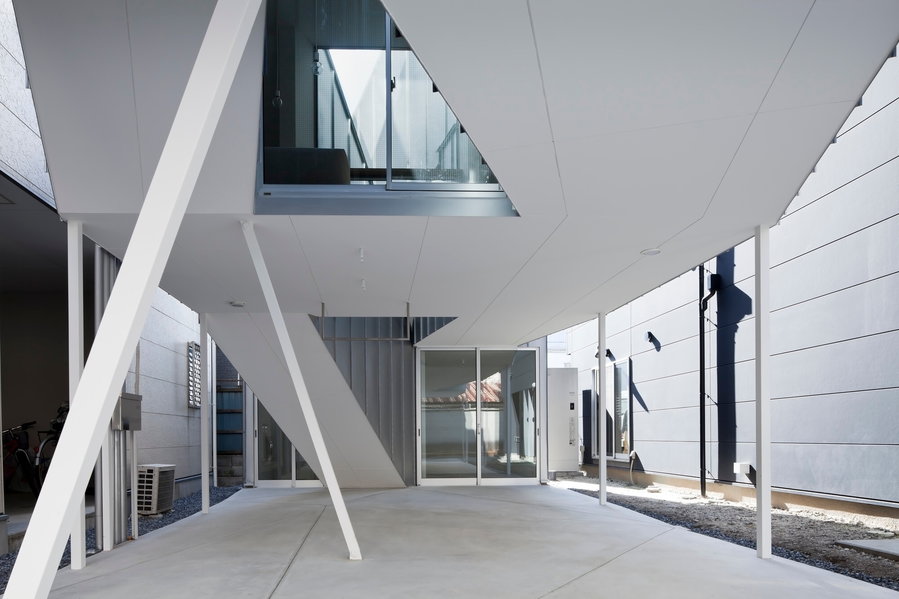 Alphaville has long had a reputation for creating architecture that often appears to challenge the laws of physics, combining sharp angles and avant garde elements to create modern, sparse spaces that are oddly approachable despite their complexity. From “House Folded,” whose angular walls challenge the traditional notion of rectangular-shaped rooms, to the “Dig In The Sky House,” whose raised base reveals its dizzying arrangement of staircases and rooms, Alphaville’s projects are eclectic and diverse. However, common themes do echo throughout, including a heavy reliance on basic geometric shapes like squares and triangles, though these are always incorporated cleverly and used to accentuate, rather than define, the spaces they occupy. A great example is this family home in Osaka that stacks long, horizontal windows to create an appealing geometric facade. 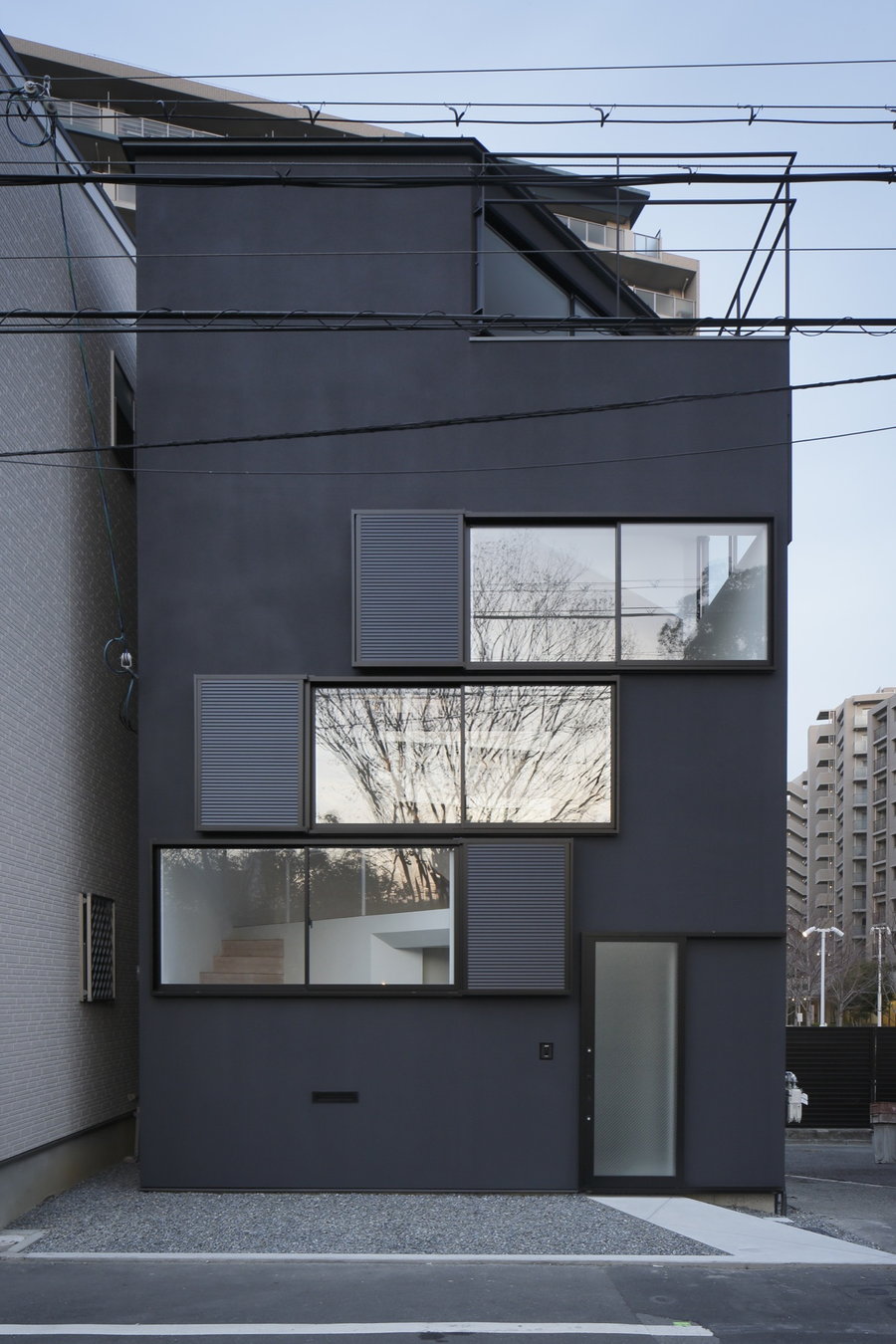 Alphaville’s newest project continues the tradition of distorting conventional structures, creating a house that is deceivingly small and simple on the outside but spacious and complex on the inside, with its many right angles and sharp shapes reminding one of an M.C. Escher piece. Of course, in this case, the layout only appears to defy physics, as its complex form achieves a fluidity and flow that’s really more natural than fantastic.

Another amazing feature of the new Kyoto house that challenges traditional notions of building and architecture is its materials. The thin, 24-millimeter plywood walls give the impression that you could simply fold the whole house up and put it in your pocket, unfolding it later to seamlessly return it to its original condition. 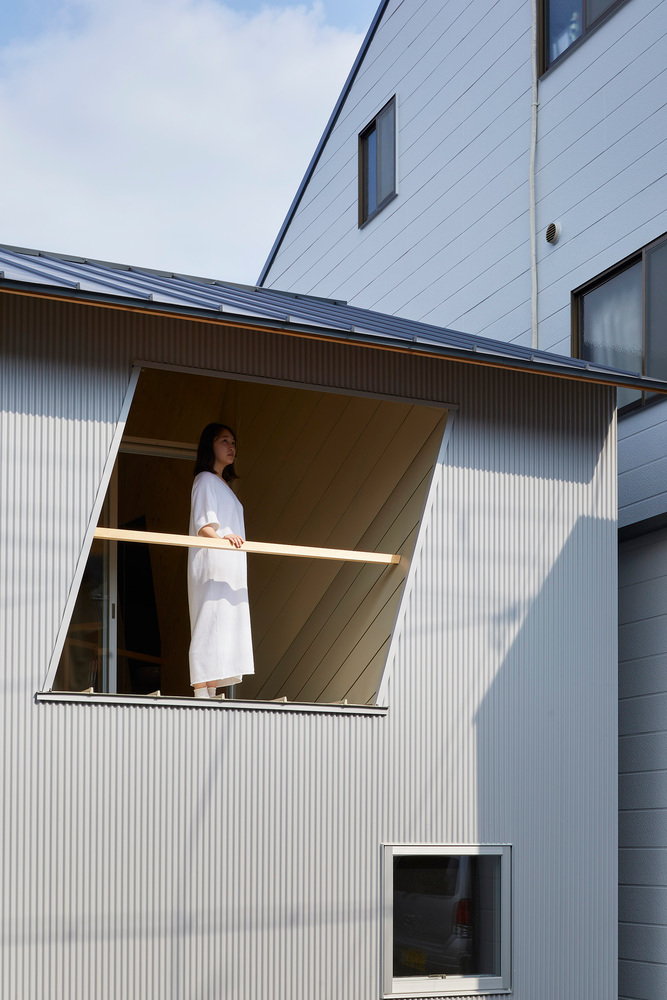 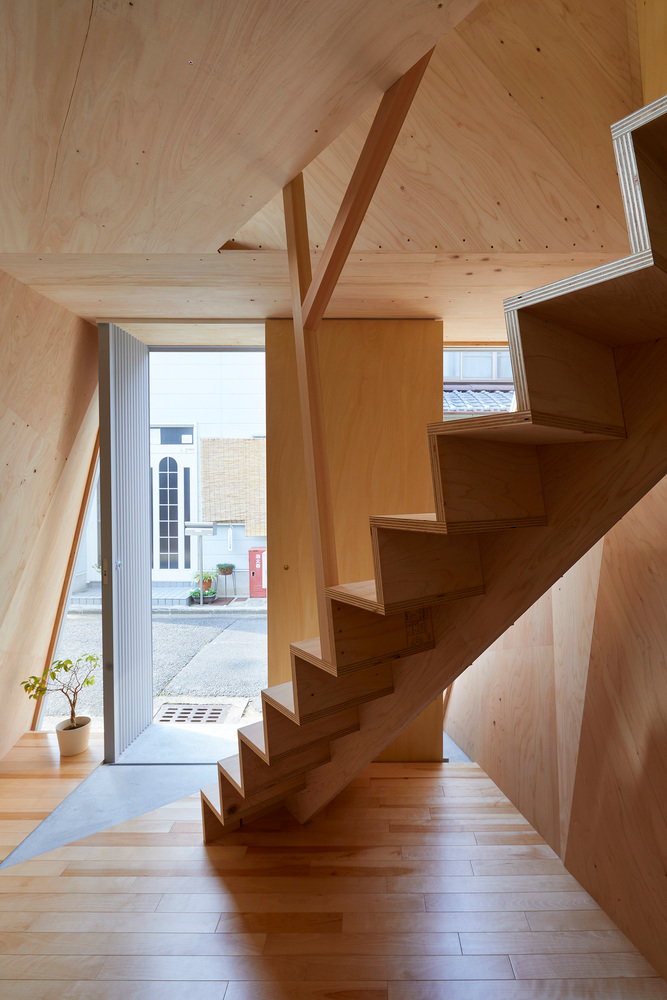 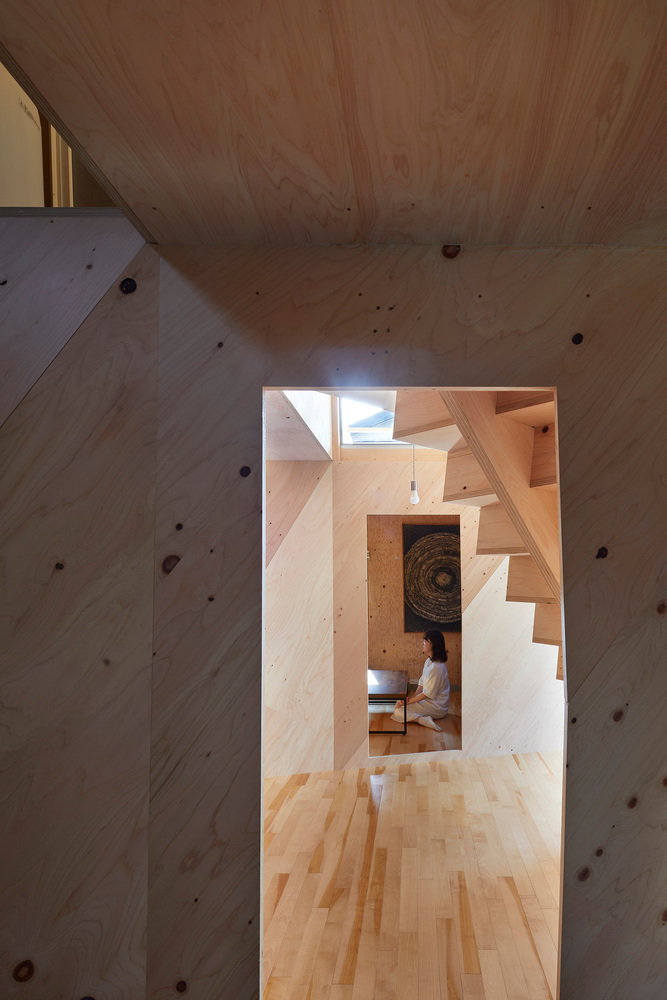 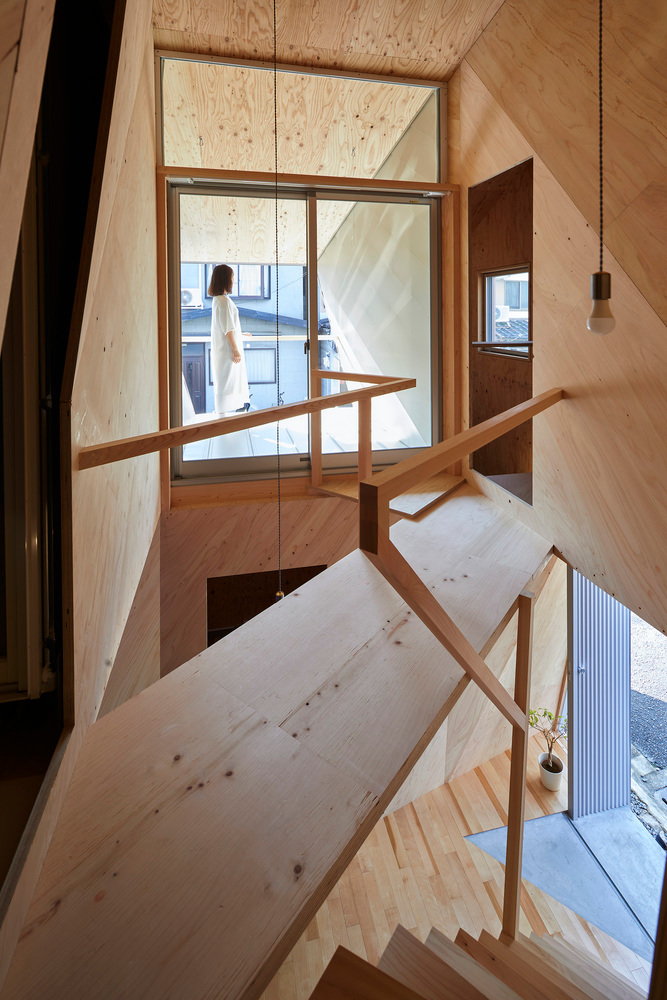 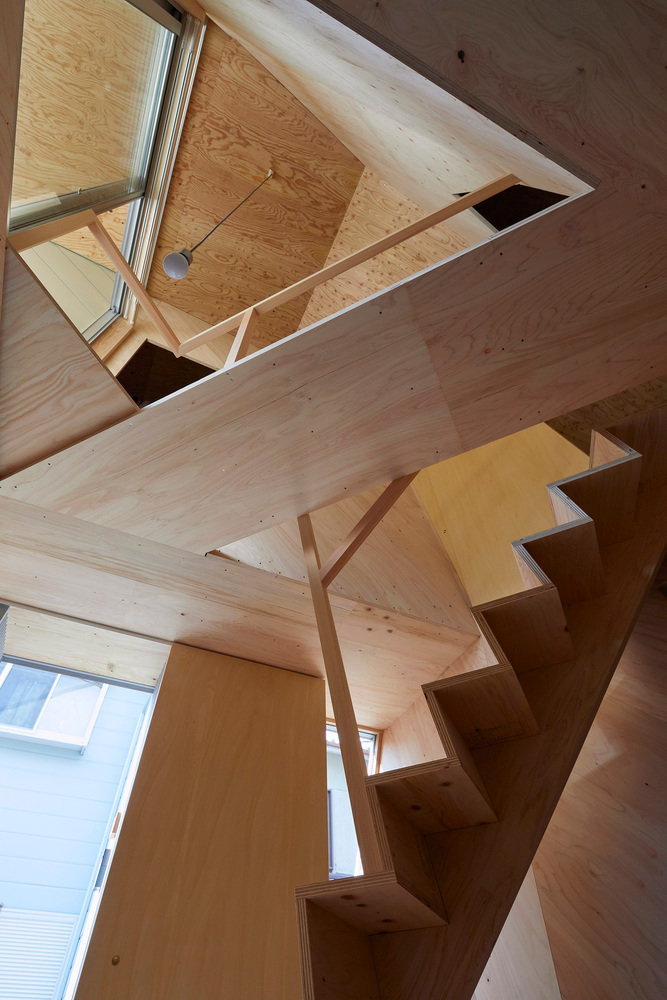 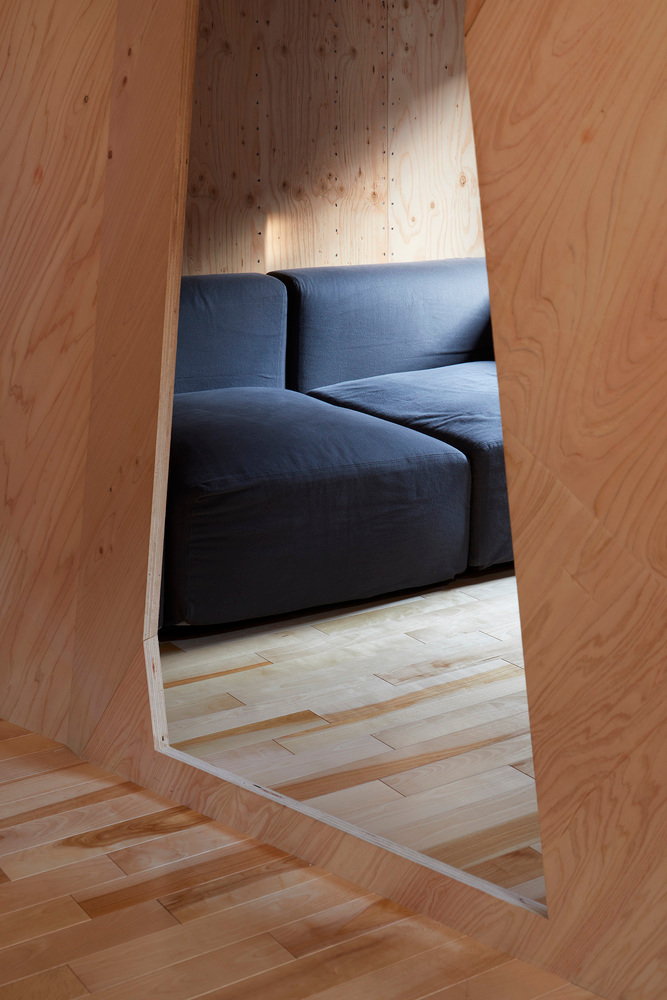 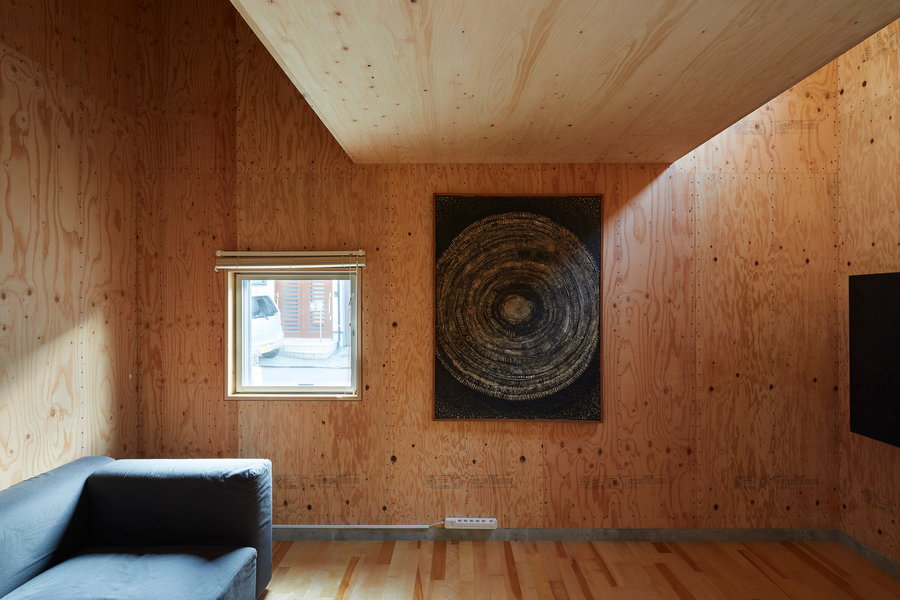 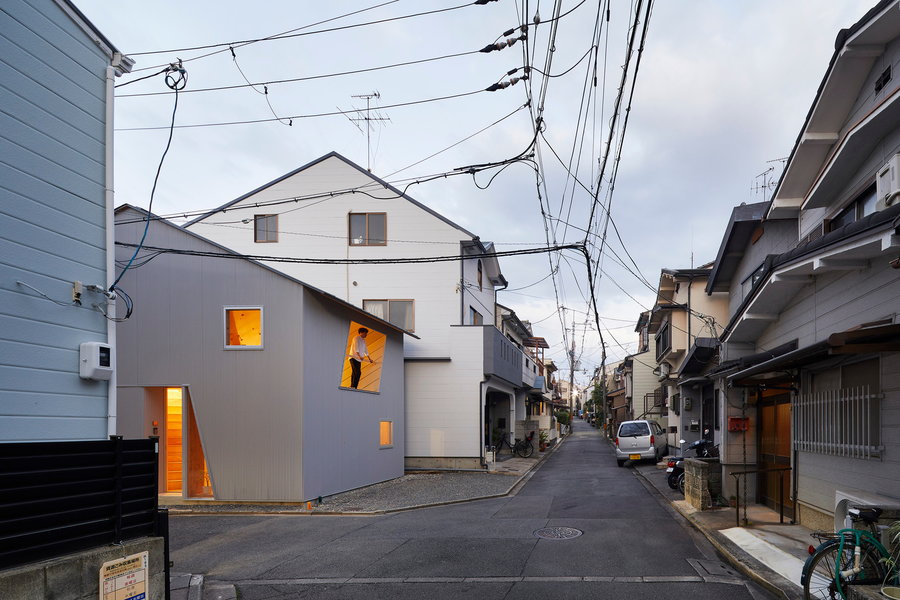 The plywood was also incorporated to maintain a connection between the two separate areas of the house — a tenuous, fluid connection designed to separate, but not isolate, each. Both areas are open and filled with light, giving the illusion of more space, but also accentuating the contrast between the two. Team members Kentaro Takeguchi and Asako Yamamoto wanted their design to reflect the everyday things that people do when at home, while also creating “not small rooms with poor relation with circumstances, but two spaces with different relationships with circumstances.” This dynamic of separation is also reflected in the home’s exterior, in the way that its windows are open and public facing, while its interiors are private and cozy.

Alphaville architects’ new home in Kyoto is, like the team’s other designs, complex and angular, striking and innovative. From an interior that is, like Doctor Who’s blue police call box, much bigger and more complicated on the inside, to an exterior whose micro-design is already statement-making among the neighborhood’s larger properties, Alphaville has once again set the benchmark for alternative and quirky, yet functional and livable, architecture.