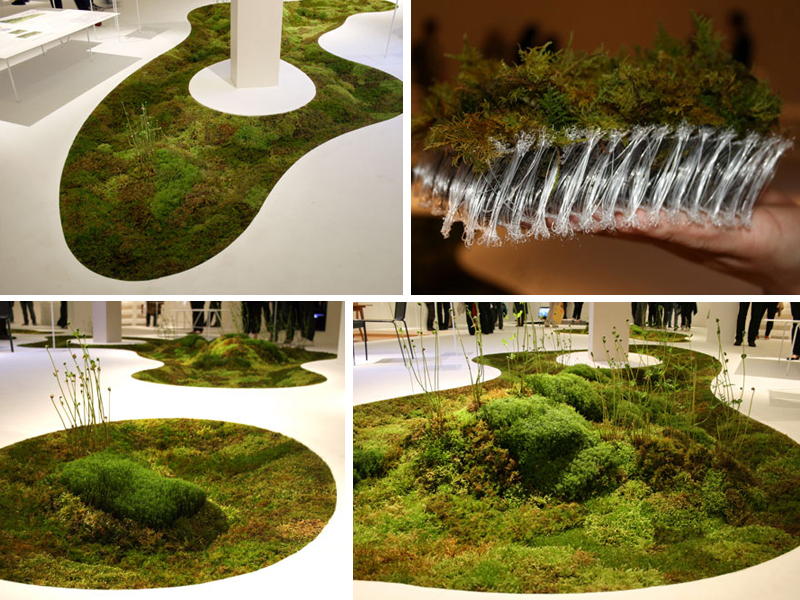 Greenery outside of planters always sounds great in theory, but what happens when it gets overgrown, requires extra care or just generally starts to make a mess? Those are the questions that this organic carpet design by plant artist Makoto Azuma attempts to address, in cooperation with Unitika, displayed at the Milan Furniture Fair (with photos from Inhabitat.)

The magic is what happens underneath the rug: a plant-based fiber supporting roots and storing seeds that is “decomposed (biodegraded) by microorganisms in compost or in soil after 10 years. Eventually only carbon dioxide and water remain.”

“TERRAMAC is named by combining ‘TERRA’ meaning ‘earth’ or ‘mother earth’ and ‘MAC’ meaning ‘Son’ in Latin. The name, TERRAMAC, expresses ‘children (sons) of the mother earth’ and carries an image of the ‘products friendly to the earth and loved by all animate being.'” 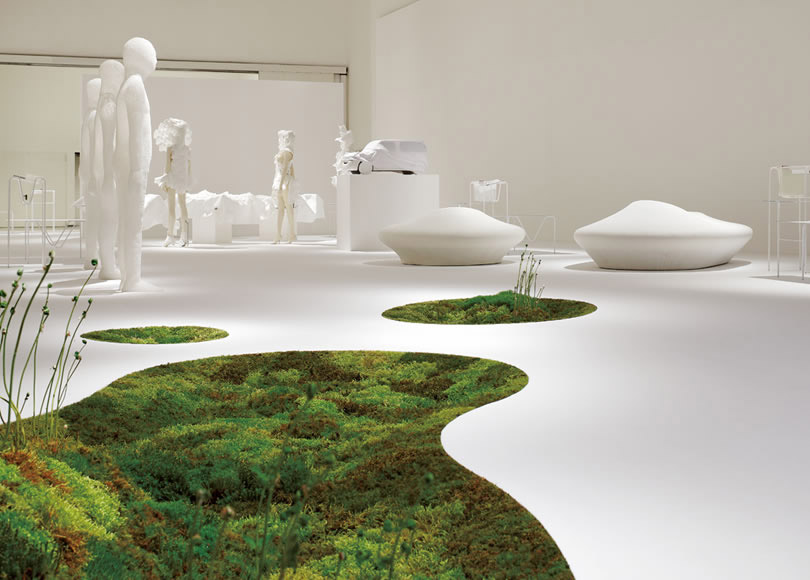 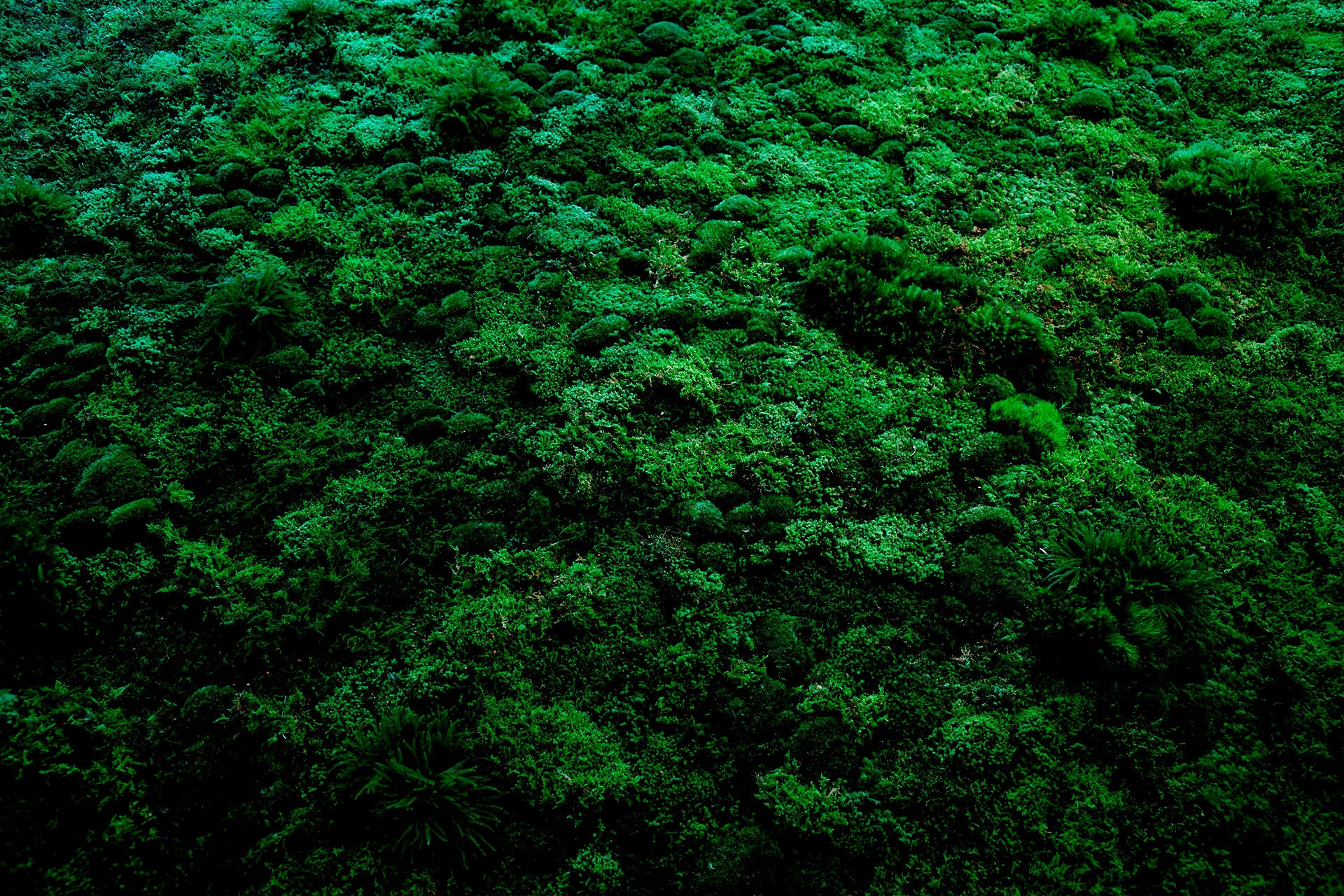 “My work for this exhibition shows the encounter and coexistence of two lifeforms with different origins. living things connect strongly and straightforwardly, and conceal unlimited possibilities,” says the artist of his moss carpets.

The exhibit built upon “Time for Moss,” another installation by Makoto Azuma, which debuted at Tokyo Fiber ’09.  Get a good look at the details – which sometimes include carnivorous plants like the Venus fly trap – and you’ll realize that perhaps the moss isn’t great to walk on, after all. But there seems to be some potential in the concept, and maybe having a living carpet in your home is preferable to a bunch of plastic anyway.

Makoto Azuma is known for spectacular plant-based sculptural works, many testifying to the resiliency of nature in even the harshest of environments. He has photographed bonsai in abandoned places, created many sculptural installations using living flowers and has even sent bouquets into space, photographing them against the cloudy blue atmosphere of Earth. His nature art is no less than stunning, and there’s always more to it than appears at first glance.