“When graphics become too formal and rigid – that’s when I get bored,” the artist recently told Creative Boom. 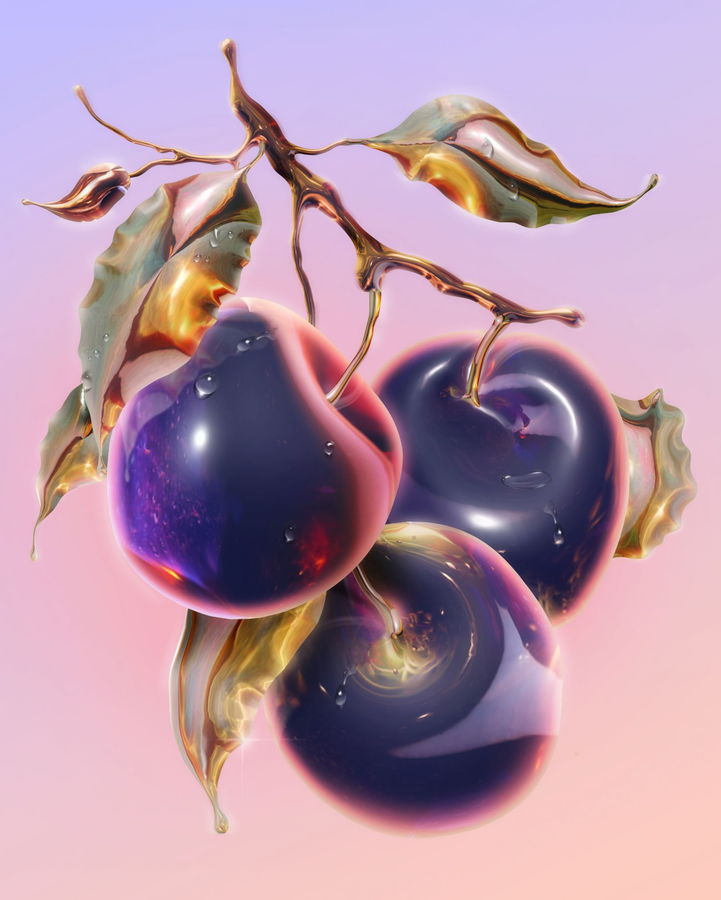 His purple plums are so reflective it feels like an entire galaxy is visible in them, while the attached twigs and leaves seem like they were just poured from smelting-hot copper. And the play of brilliant light makes the entire scene feel alive. 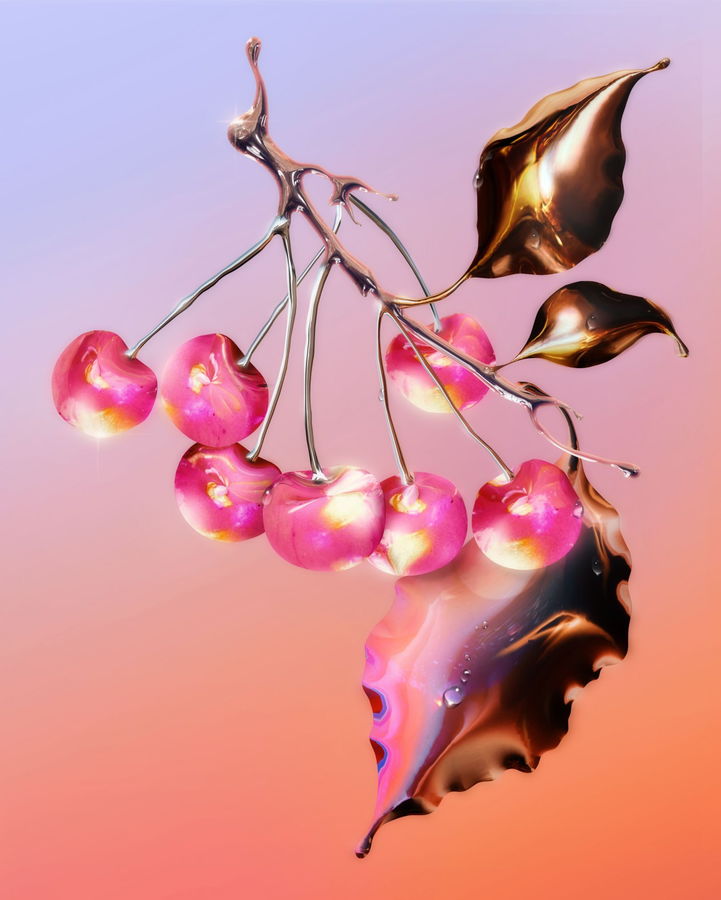 Valentina’s cherry portrait has the same feel but in vibrant pinks and silvers set against a sunset-colored background.

“I’m a bit obsessed with fruit and flowers for their textures,” explains the artist, “but above all, for what they represent in nature. I’m surprised how these simple elements after 200,000 years still manage to aesthetically fascinate us so much.” 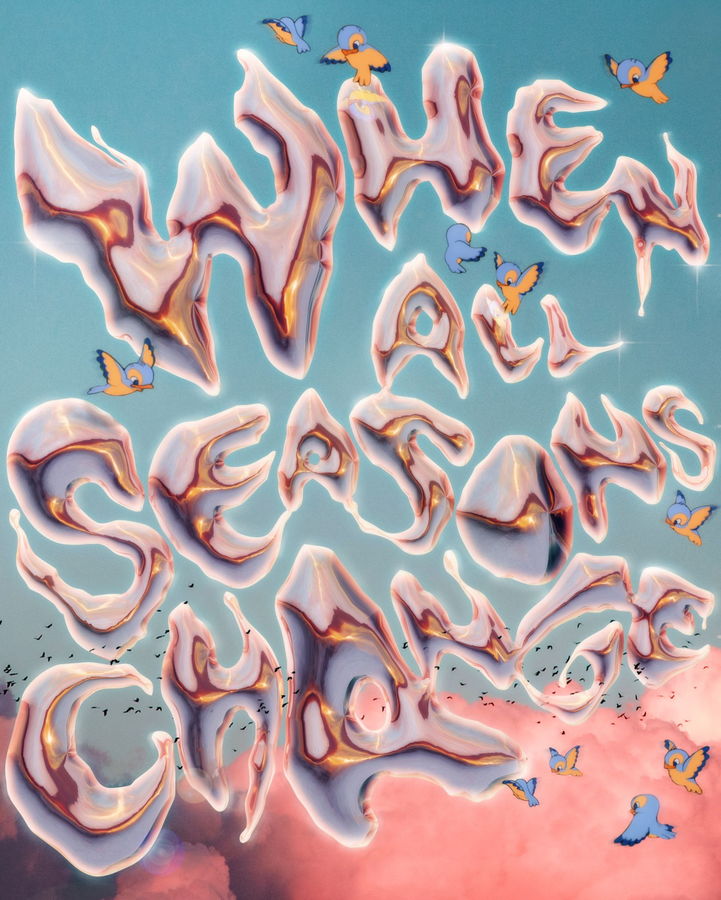 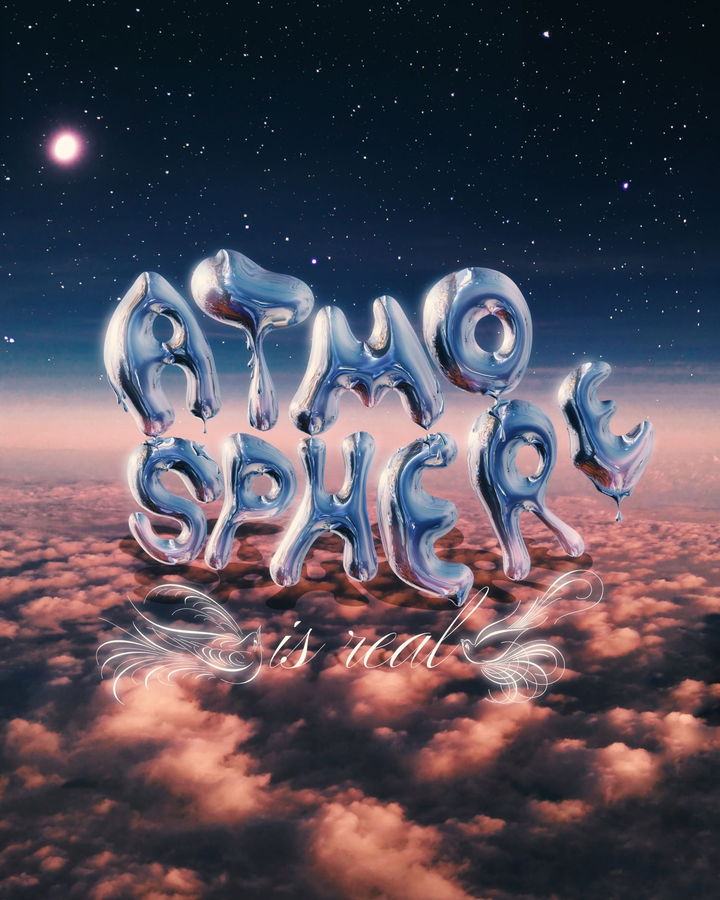 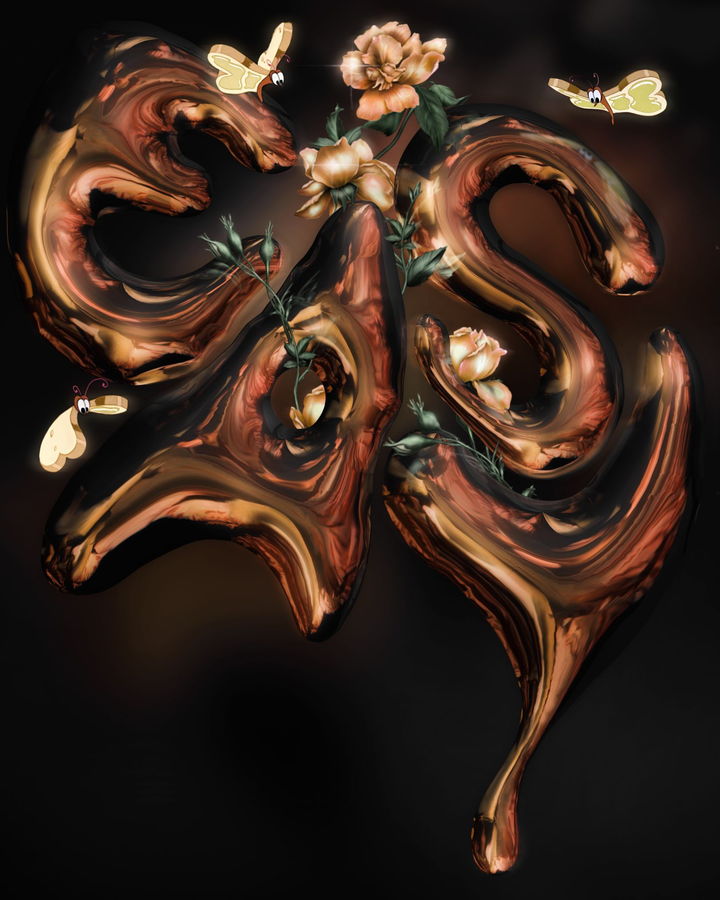 Even in his font work, which includes the revolutionary metallic GoliaGolia, Valentina is inspired by nature. “The colors, textures, and proportions; I’ve always been fascinated by it,” he says, adding that “It started getting into my work without me totally realizing it. Only, after some time, friends and graphic accounts began to point out how present these things were in my work. They are such a part of me that I don’t even notice it.”

The perfection of the natural world is what attracts the Italian artist to reimagine it in various ways. “I have a great admiration for nature. It’s super competent, flawless, and always fair, and what comes out of that is always super genuine. I think it has to do with our origins. I feel it touches something so deeply.” 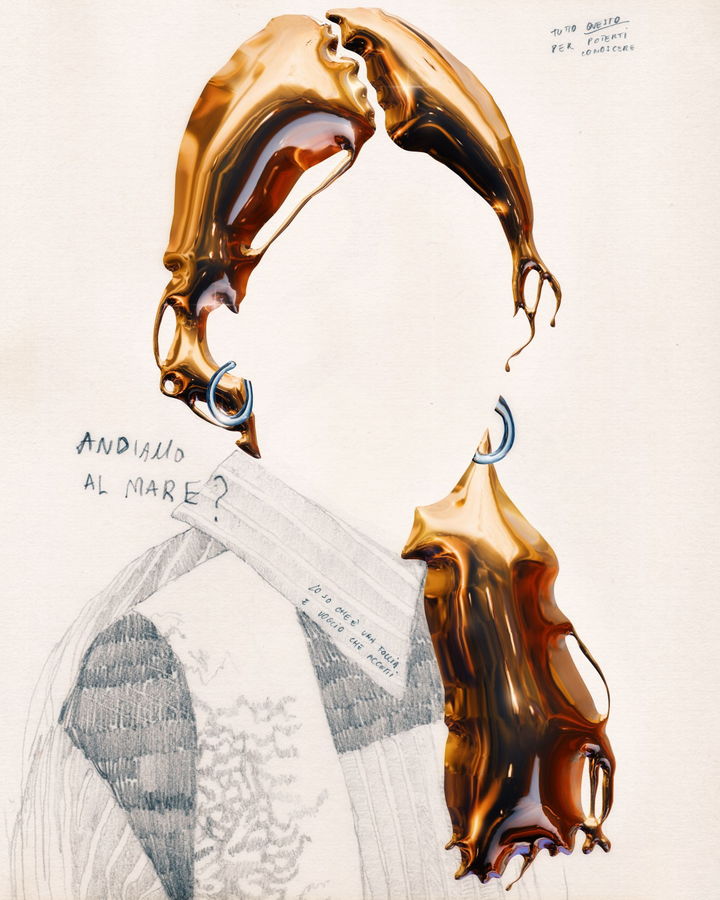 The Milan-based artist received his formal training at ISIA Urbina and Norway’s KHIB Bergen. He then moved to London, where he got his start in music production while also working as a freelance graphic designer. His clients include big names like Apple, Sony, BMW, and Ray-Ban.

His liquidy, inflated fonts have also been taking the design world by storm lately. In addition to his GoliaGolia, Valentina also created the GabyGaby font, a similarly 3D metallic typeface with flowing lines and pointy ends. 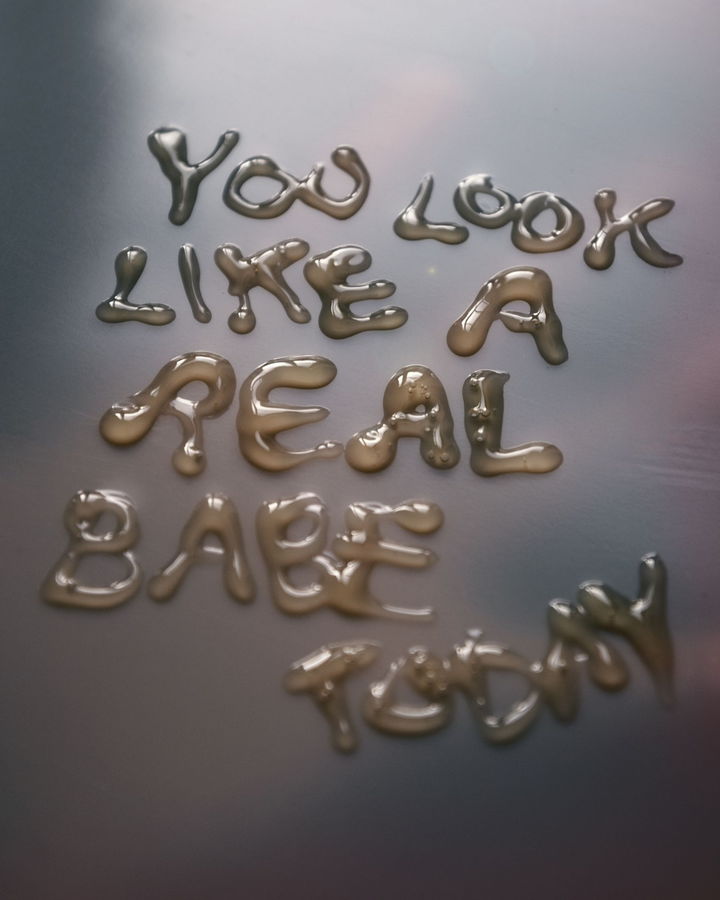 “For me, visual communication should be about making things that generate true communication, allowing life, ideas, and a vision to shine through as much as possible,” he said in a It’s Nice That piece. “We should be able to add more soul to things and infuse them with meaning.”

That authenticity is essential to him as an artist. “I use them almost as a mirror for me,” he says, speaking of his music and graphic design works. “The things that are around me in the moment of life, whether they are phrases, symbols, people, or emotions – I believe that this helps me maintain a genuine process, avoiding the pure ‘exercise of style.’ Being able to do more honest things is more important to me than doing nice things.” 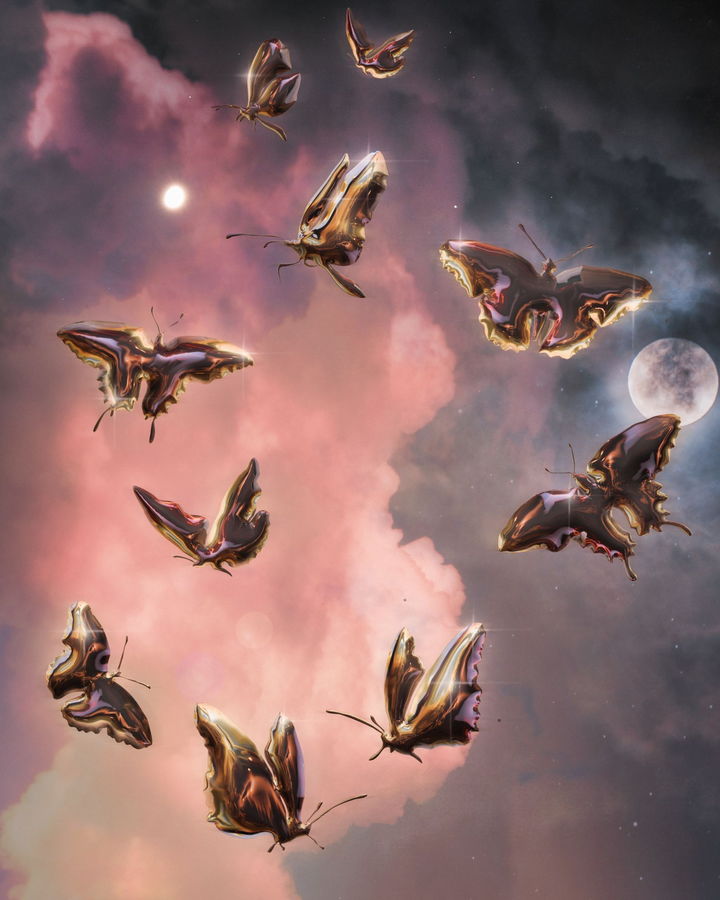 With his latest fruit experiments, the designer tried to be genuine while taking a new approach, personifying the fruit in a way that is “less digital, and more alive” than his font work.