The future of flying will soon be dramatically greener, so long as European aerospace company Airbus has anything to say about it. Announcing a trifecta of hydrogen-powered “ZEROe” concept planes, the air and space giant hopes to get the first climate-neutral, zero-emissions commercial airplanes up to cruising altitude within the next 15 years. 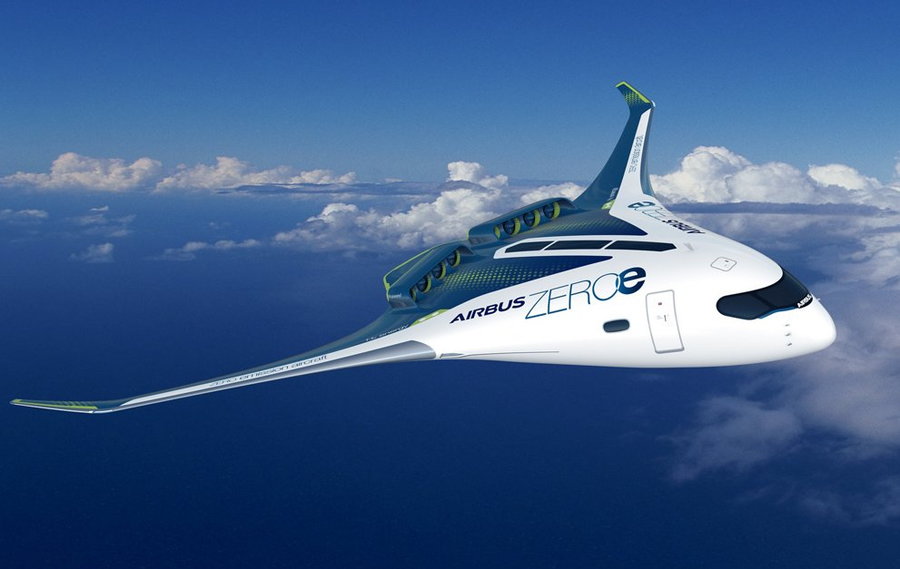 “This is a historic moment for the commercial aviation sector as a whole, and we intend to play a leading role in the most important transition this industry has ever seen. The concepts we unveil today offer the world a glimpse of our ambition to drive a bold vision for the future of zero-emissions flight,” says Guillaume Faury, Airbus CEO on the company website, adding that he “strongly believes that the use of hydrogen — both in synthetic fuels and as a primary power source for commercial aircraft — has the potential to significantly reduce aviation’s climate impact.” 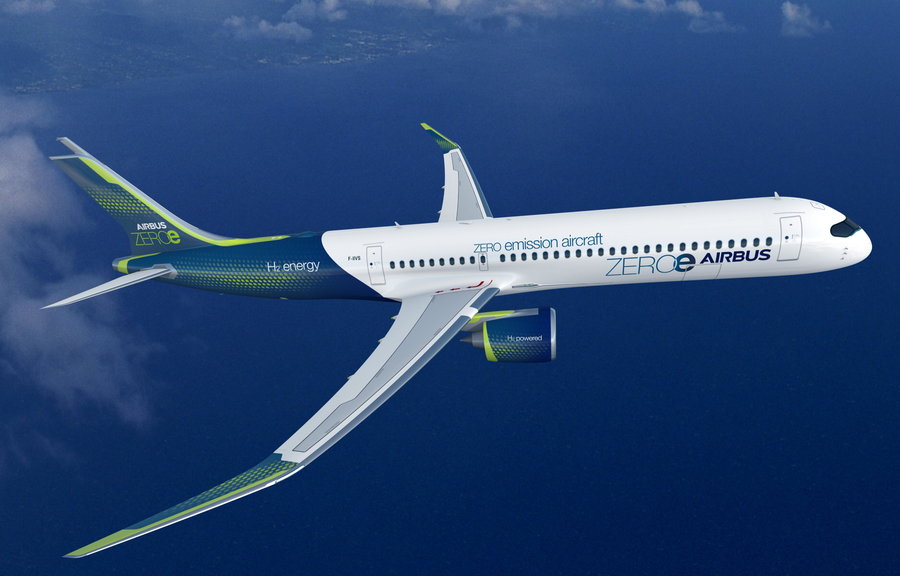 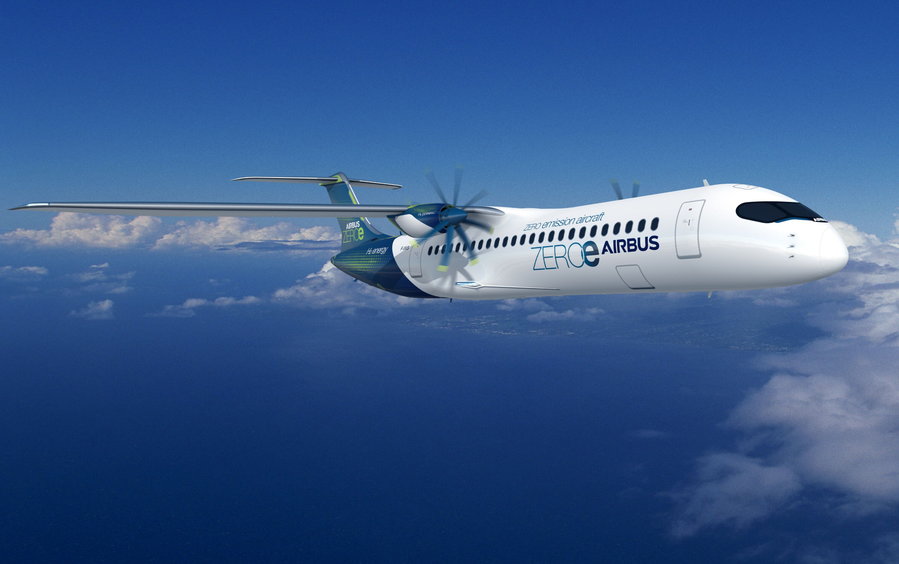 The conceptual fleet includes models that can navigate both short and long-distance aviation. The turbofan design will have a 200-passenger capacity with a range of up to 2,000 nautical miles, allowing for transcontinental travel. Powered by a modified gas-turbine combustion hydrogen engine, the liquid fuel will be stored in tanks behind the rear pressure bulkhead. The turboprop plane, on the other hand, will hold up to 100 passengers and travel roughly 1,000 nautical miles, making it ideal for shorter flights.

The futuristic-looking blended-wing body ZEROe has a range and passenger capacity similar to the turbofan archetype, but with wings that merge directly onto the main aircraft, the possibilities for power-source storage and cabin layout become truly revolutionary. 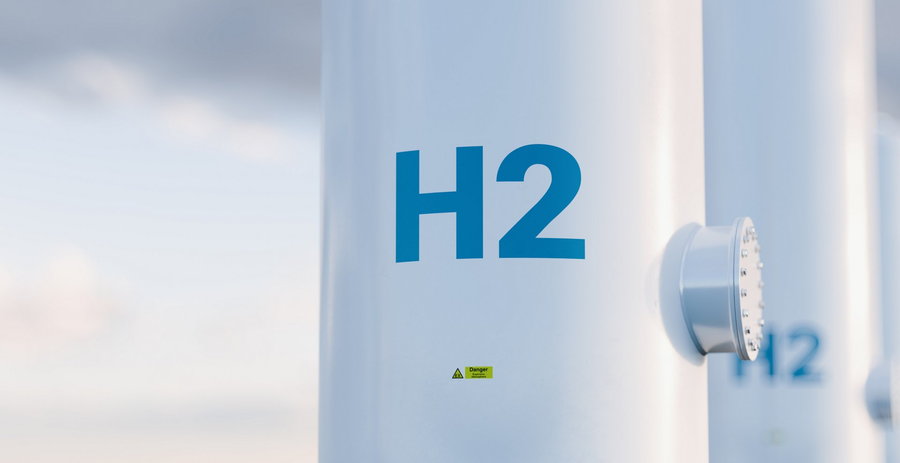 Airbus believes that hydrogen is the solution to the fossil fuel pollution caused by carbon dioxide, hydrocarbons, carbon monoxide, and other dangerous chemicals currently being jettisoned into the atmosphere by air traffic. Other environmentally-friendly technologies have failed to get off the ground. For instance, after exploring electric battery options for smaller craft, Airbus still found hydrogen more feasible.

“Our experience with batteries shows us that battery technology is not moving at the pace we want,” says Glenn Llewellyn, vice president of zero-emissions aircraft at Airbus. “This is where hydrogen comes in: it’s got several thousand times more energy-per-kilogram than what batteries could have today.” That science has recently proved viable, with startup ZeroAvia pulling off the world’s first hydrogen fuel cell-powered flight of a commercial-grade airplane over England in September. 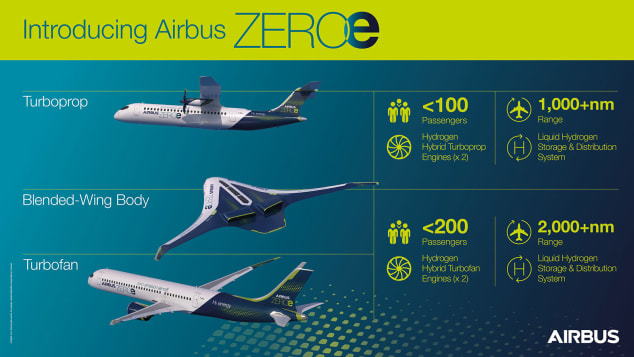 There are three ways this alternative material can be used to create power: it can be converted into electric energy with fuel cells; it can be combusted through a modified gas turbine; and it can be combined with CO2 to produce synthetic kerosene. It does bring some baggage with it, though. Namely, while hydrogen is an abundant resource plentiful in oceans, lakes, and the surrounding atmosphere, it often needs to be separated from oxygen using electrolyzers. These machines are expensive and few in number today, although demand has been growing over the past decade.

Hydrogen hits another bit of technical turbulence because it takes up five times as much volume as today’s jet fuel, making storage difficult. And of course, safety concerns will have to be resolved (think the 1937 Hindenburg explosion). There’s also the challenge of getting the industry at large to eventually adopt hydrogen technologies. Things like transport, on-site production, and refueling infrastructure will all be needed to make it a practical path forward. 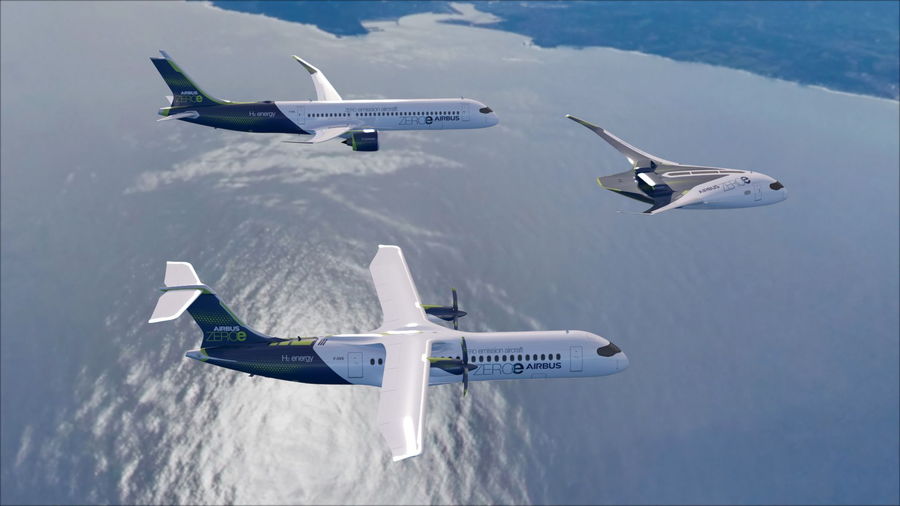 Airbus remains optimistic. “The transition to hydrogen, as the primary power source for these concept planes, will require decisive action from the entire aviation ecosystem,” CEO Faury says. “Together with the support from government and industrial partners we can rise up to this challenge to scale-up renewable energy and hydrogen for the sustainable future of the aviation industry.”