The dynamic MAD Architects have recently shared that they are Hollywood-bound, unveiling a proposal for a bright new “Star” in the heart of Tinseltown, USA. The proposed project is a high-rise unlike any other, a distinct and uniquely-shaped office tower that draws inspiration from other Hollywood landmarks like the Griffith Observatory, the Capitol Records Building, and the Hollywood Bowl. 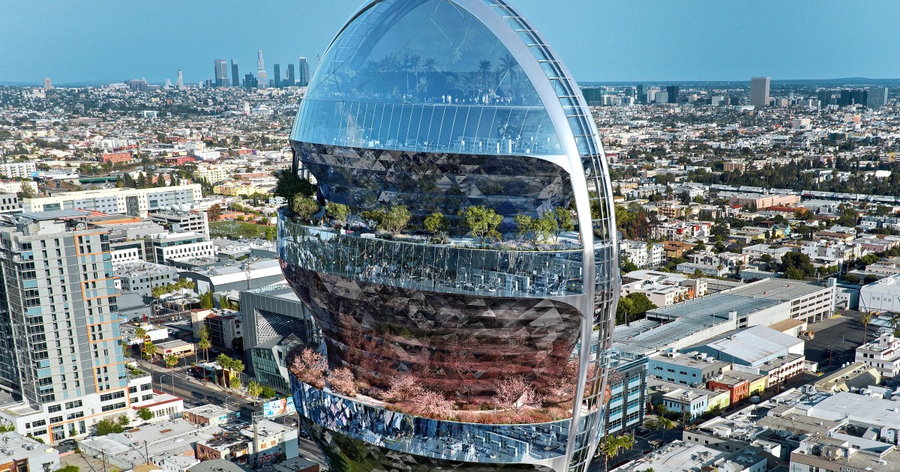 This will be MAD’s second US project to date, the first being the “Gardenhouse” in Beverly Hills. A combined residential/commercial space, that project is the perfect representation of the firm’s “Shanshui City” philosophy, meant to inspire, stimulate, and fulfill both the spiritual and emotional needs of its inhabitants through a connection with their surrounding urban environments. These connections are based on creating an urban setting that integrates nature with clean lines and plenty of natural light. Impactful, luxurious, and harmonious, these spaces are meant to elicit physical and emotional connections through architecture and design. 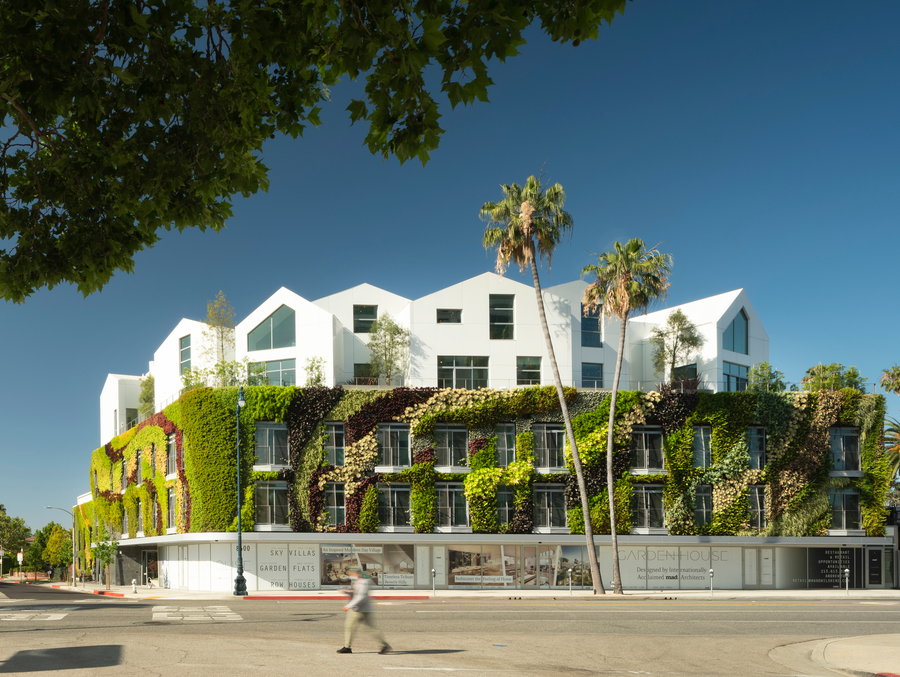 And the new Star building looks to be a continuation of this dynamic philosophy, from its unusual, curvilinear shape to its tree-filled terraces and gardens that are strategically placed throughout. Like the Gardenhouse, it’s also meant to create community connections for not only its inhabitants, but for the pedestrians that frequent the adjacent Sunset Boulevard.

Though MAD took inspiration from some famous Hollywood landmarks for the design, the Star is exceptional in its own right Towering above its neighbors, the 500,000 square foot high-rise will be immediately recognizable among the Hollywood skyline due to its unusual shape and construction. Similar to The Gherkin in London, yet even rounder and more egg-like in appearance, the Star is essentially an enormous glass dome supported by three pipes running through the center of the main structure. But the real draw here is the thin band running across the glassy giant which doubles as a funicular track. On top of that, the new building will also house an enclosed rooftop restaurant, an event space, and a 360-degree observation deck

Of course, special thought was given to the building’s relationship with its biggest users: namely, the employees that will eventually be housed within its shimmering ovoid walls. With an eye toward a “post-COVID reality,” the Star will be designed with its inhabitants’ well-being at the forefront, as seen in the plans for several outdoor spaces and curated gardens scattered throughout the facility for workers to enjoy. Environment was also a key factor in the design process, with the designers aiming to underscore the building’s light, airy qualities for a decidedly approachable feel. 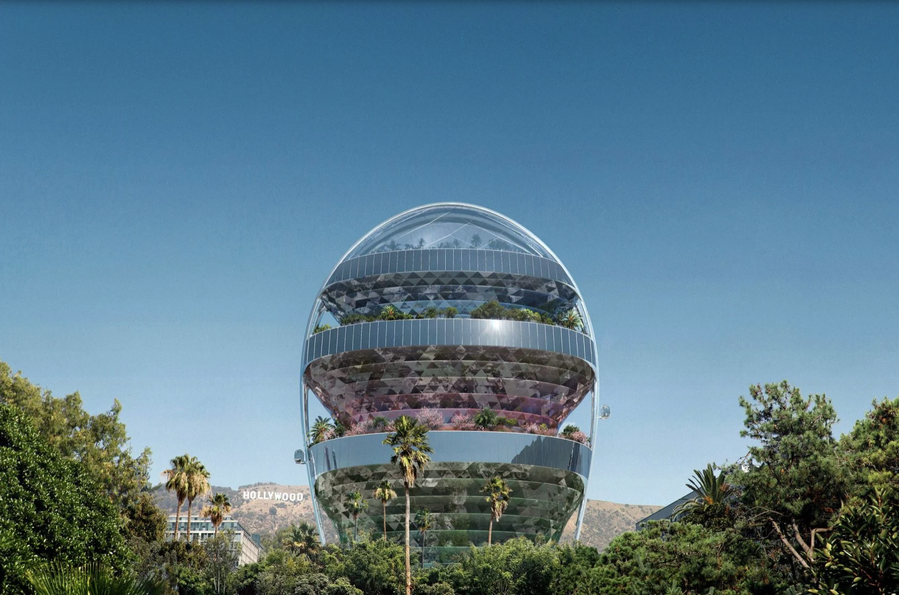 With its dynamic shape and curvature, MAD Architects’ new Star building is destined be a beacon of architectural amazement in the heart of Hollywood. Even better, its futuristic form will house an environment designed to enhance the well-being of the people working inside it — a continuation of the firm’s singular philosophy of integrating nature into forward-thinking design concepts that encourage community involvement and healthy living for all.