Quebec resident Leigh Partington and her husband Mark have long dreamed of returning to a small village in the Eastern Townships outside Montreal. Not only did Leigh grow up in Georgeville, where most of her family still lives, her father and grandfather also built many of the homes in the community. Early in the pandemic, the couple decided to sell the cottage they owned about 45 minutes away and purchase a plot of land in Georgeville to build their own dream residence. Working on a budget with help from friends and family, they designed a beautiful custom home that recreates the feel of a cozy English cottage. 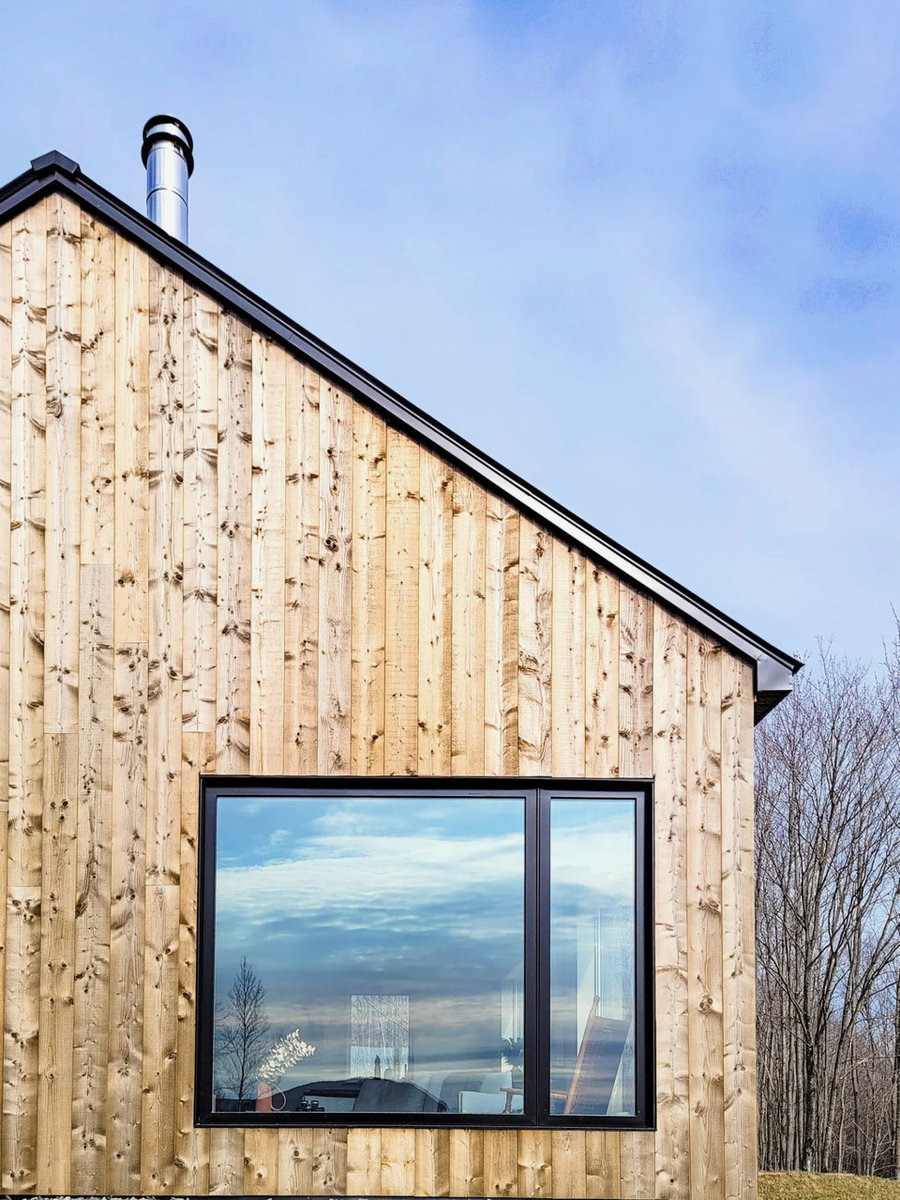 Leigh and Mark first bought a shipping container and modified it into a comfortable (albeit cramped) place to live during the building process — no small feat in its own right. Leigh’s father worked on their new home with his crew during the week while Leigh, a high school teacher, and Mark, a marketing director, went to work. On weekends, the couple took on whatever tasks they could to speed the process along. 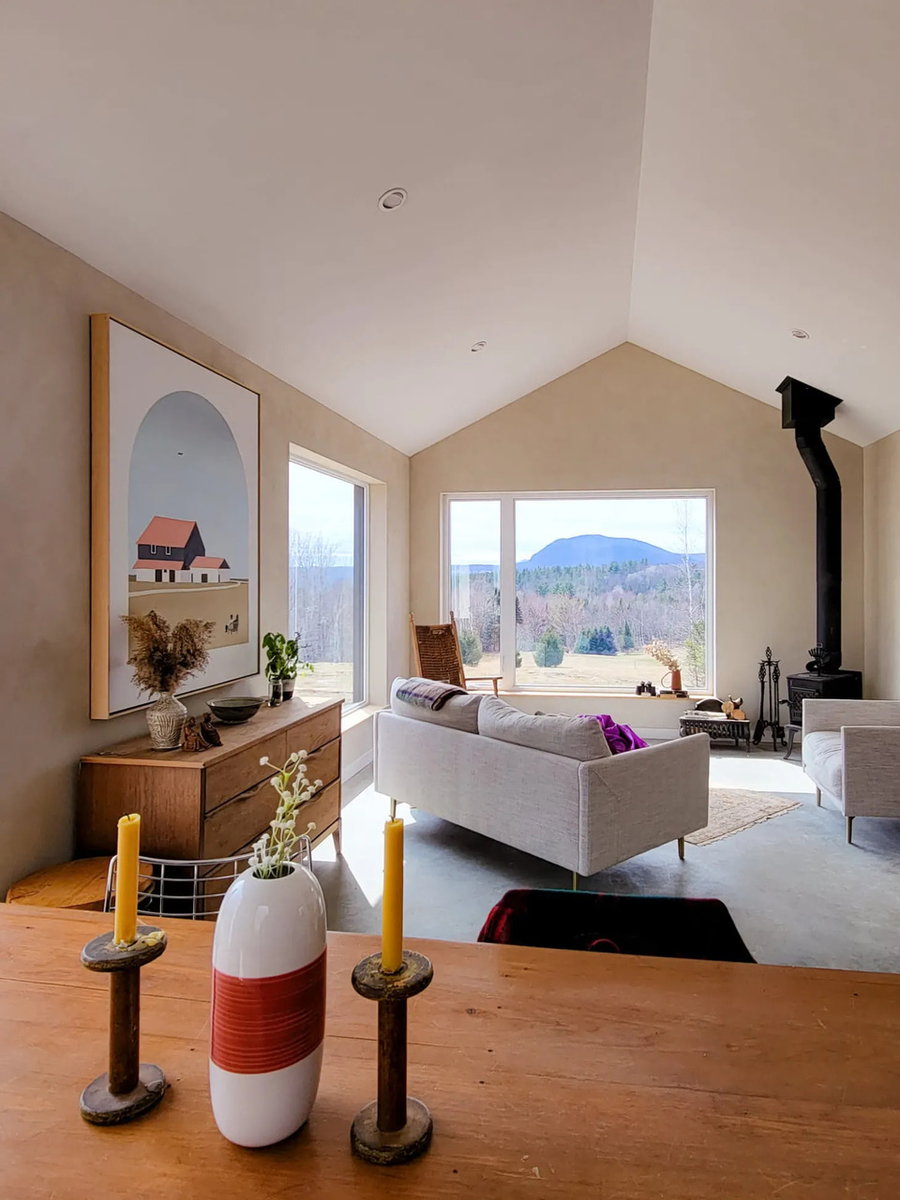 The design changed more than a few times along the way, as Leigh explained in a feature on Apartment Therapy (with photos by Olga Wrezel). The cost of many building materials have skyrocketed throughout the pandemic, leading to both hard choices and ingenuity to make things work. They had to sacrifice features that would have been nice, like floor-to-ceiling windows, and overcome disagreements about the interior styling. At first, Mark envisioned a modern minimalist interior, but Leigh wanted to bring in colors and textures that give it a slightly homier, more rustic feel, including the softly shifting shades of natural lime paint and plenty of wood. 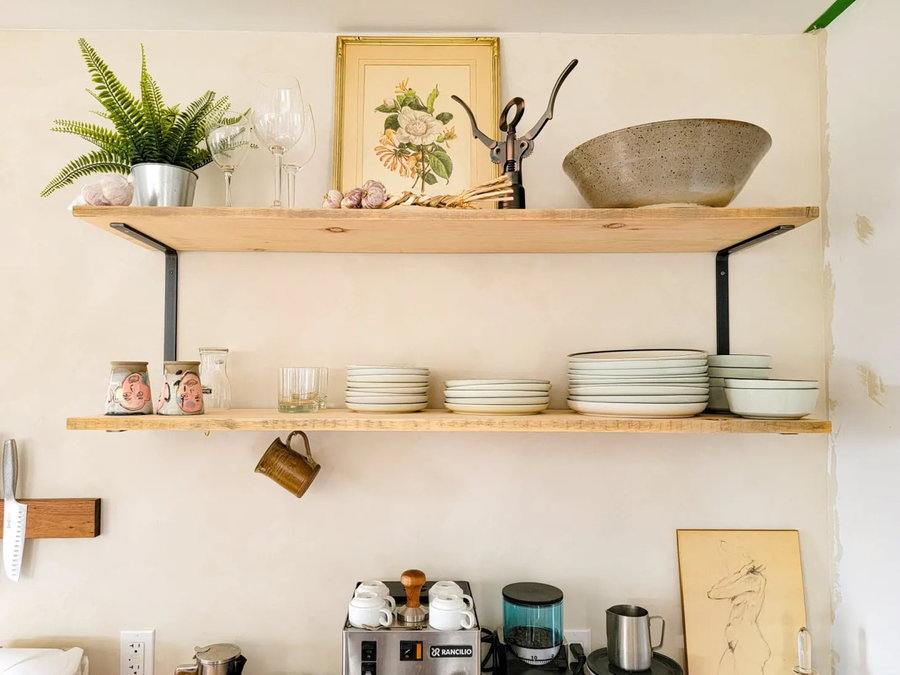 Throughout the many phases of designing and building the home, one essential element remained the same. Leigh and Mark were determined to give pride of place to a painting by their friend, up-and-coming Montreal artist Dan Climan. Before they even broke ground, they made sure the proportions of the living room would be just right to put the painting on display. 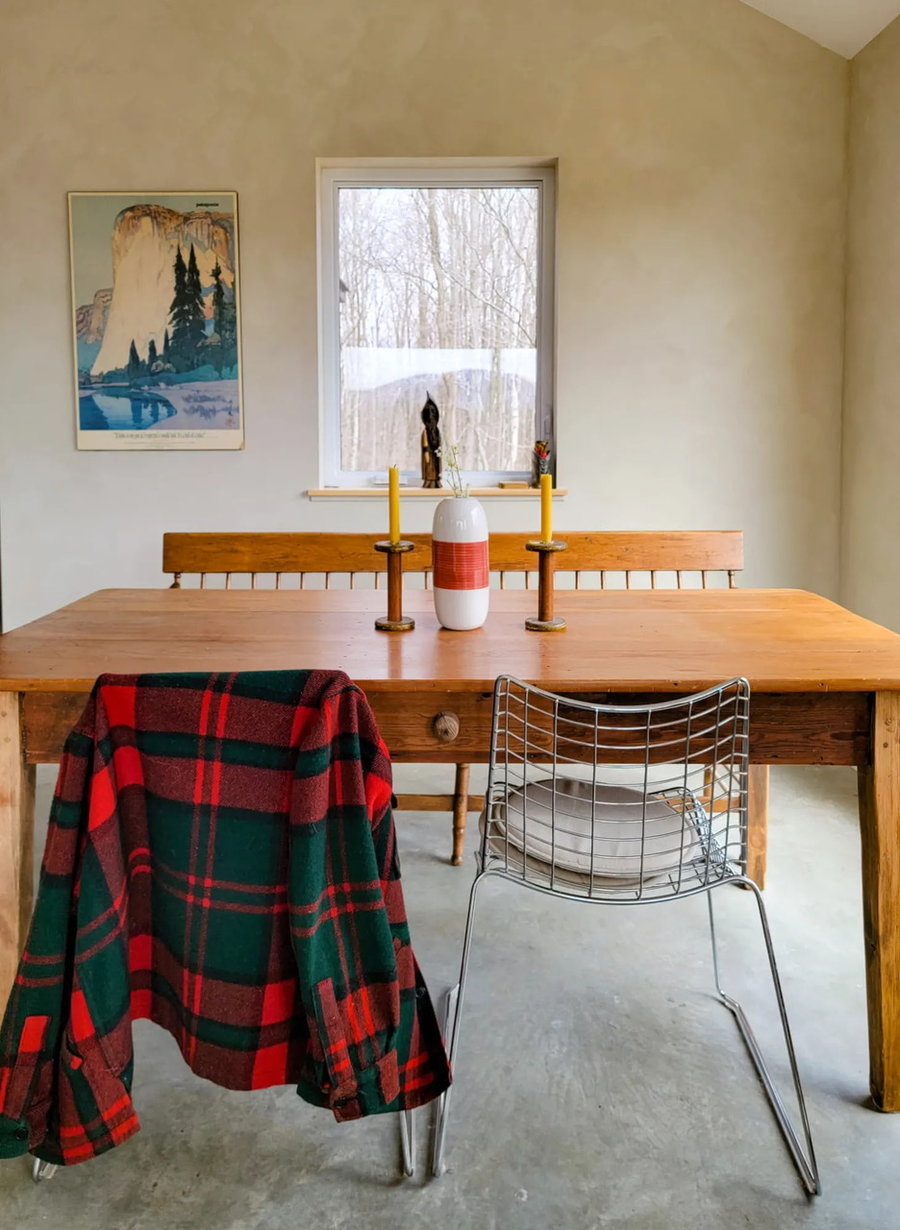 Leigh explains: “Our cottage captures the idea that you inherit much from your parents and family genetically, and that as adults you have to build on it to grow as a person. This cottage was truly a family endeavor. My father spent countless hours helping, my mother would come randomly to help paint siding or bring cookies, and my aunts would do the same. We spent hours chatting about the past and the future, listening to their suggestions (sometimes ignoring their suggestions), and building something that was us, but also them.”

“My husband loves random art (he had a friend who is an artist paint Oscar the Grouch under the wooden toilet seat) and so we have many different styles within our attempt at an English cottage, but it is that ‘eccentricity’ that captures us. I chose lime paint and a pale brown palette for the walls and rooms as my homage to English country houses (or at least how I picture them in my mind). This is a place of relaxation and our palette certainly helps us achieve that.” 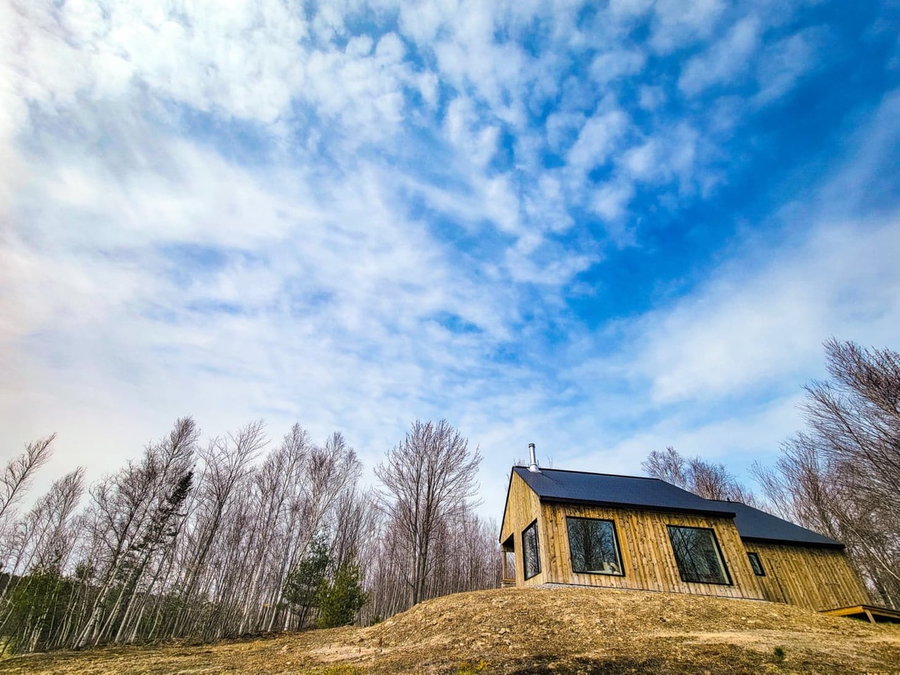 Ultimately, the home is a tranquil marriage of clean, simple lines, natural materials, and gorgeous views of the surrounding forests. It’s a great example of how budget constraints can actually produce a more satisfying result. The owners were able to take a hands-on role in the process and allow it to evolve naturally as they went.