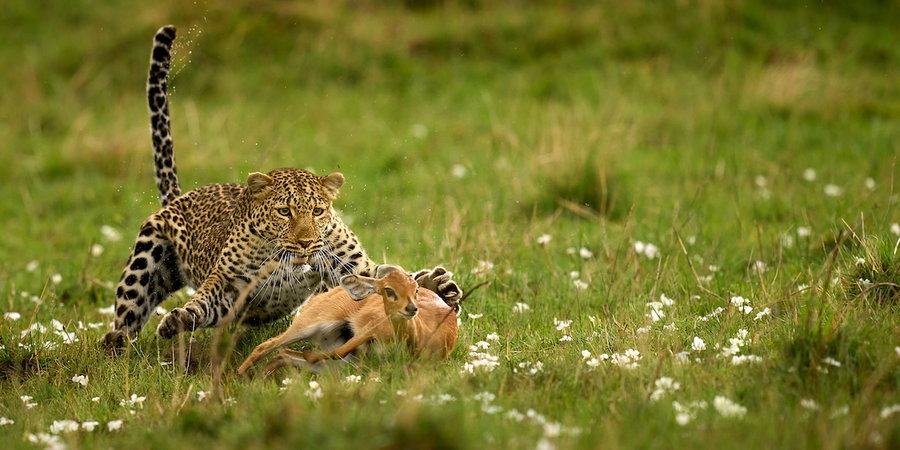 The winners of this year’s British Ecological Society Photography Competition captured animals interacting with the world around them in bold and breathtaking ways.The annual contest aims to showcase the wonder of ecology across six categories. The 2022 entrants focused on everything from prey-predator relationships and wildlife affected by human changes to the beauty of biology on a microscopic scale.

Overall Winner: A Light in the Shadows by Roberto García Roa 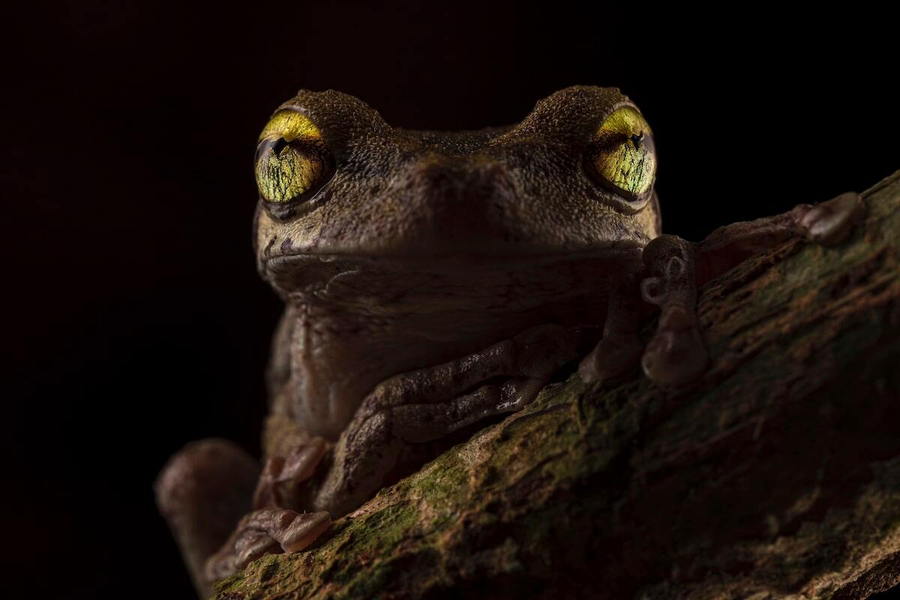 “Like two beacons in the dark, the striking eyes of a Helena’s treefrog seem to glow in the darkness of the night,” says García Roa, a conservation photographer and evolutionary biologist at Sweden’s Lund University.

“This image reveals the beauty of nature hidden in Tambopata, [Peru,] a region that is currently threatened by gold mining. It is paradoxical to see the eyes of this frog as small golden pearls, because in reality, the true treasure lies in ensuring the protection of this area and its inhabitants.” 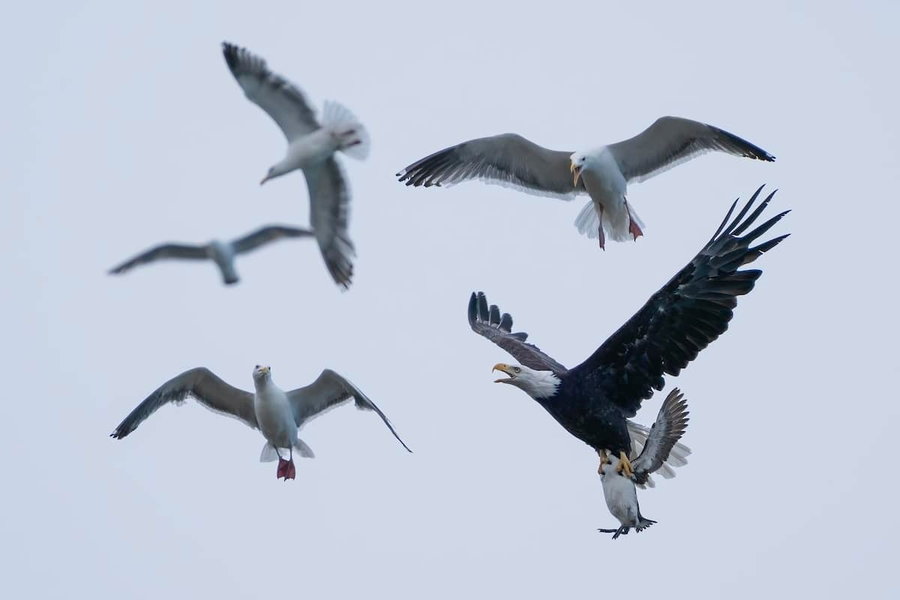 Shot on the shores of Oregon’s Cannon Beach, this image depicts of a group of western gulls surrounding and squawking at a bald eagle trying to carry off its latest meal, a common murre.

“’Takeout’ is a frozen moment of intense action at Haystack Rock in Cannon Beach…,” says Sam Eberhard, an environmental studies and biology student at the University of California, Santa Cruz. “While photographically documenting tufted puffins at Cannon Beach, I did not hesitate to capture a few shots of this bald eagle.”

Up Close and Personal Winner: Wild Pearls by Javier Lobon-Rovira 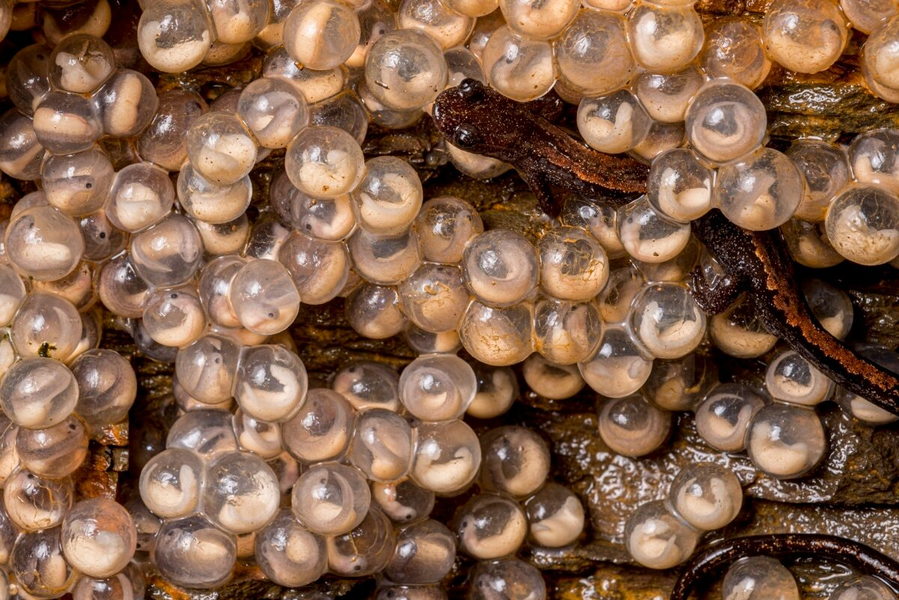 Javier Lobon-Rovira, a Ph.D student in biodiversity, genetics, and evolution at the University of Porto and CIBIO-InBIO, zoomed in on an endangered gold-striped salamander working its way through a nursery of eggs, their color and luminescence reminiscent of precious pearls. 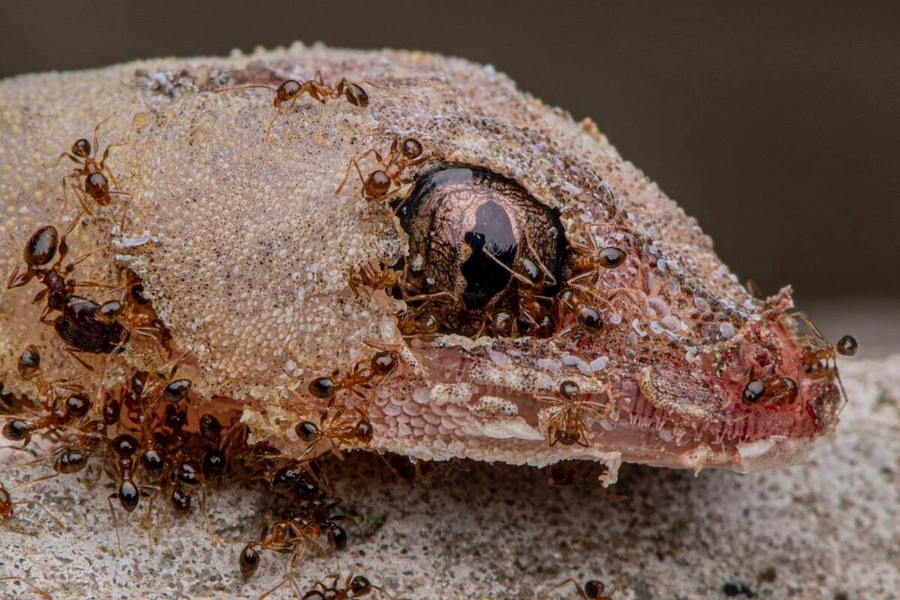 Lobon-Rovira also took top honors in this category demonstrating interactions between different species within an ecosystem. “Isn’t it utopian that two invasive species cross paths in the race for survival?’ the photographer notes. “That is the case that crossed my lens when I found an army of fire ants immobilizing, killing, and causing the disappearance of a house gecko in my backyard in Florida…Eat or be eaten is the only mission in the struggle for survival.” 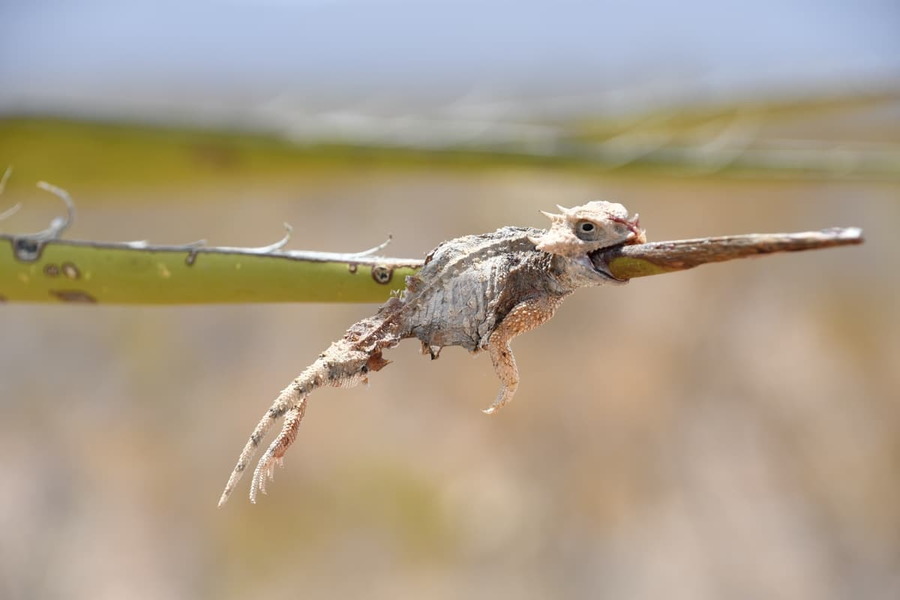 “A round-tailed Horn Lizard impaled by a yucca stalk in the Chihuahuan Desert, New Mexico, USA. The culprit? A gray, medium-sized songbird known as the Loggerhead Shrike or Butcherbird,” says winner Jennifer Holguin, a student at the University of Texas at El Paso. 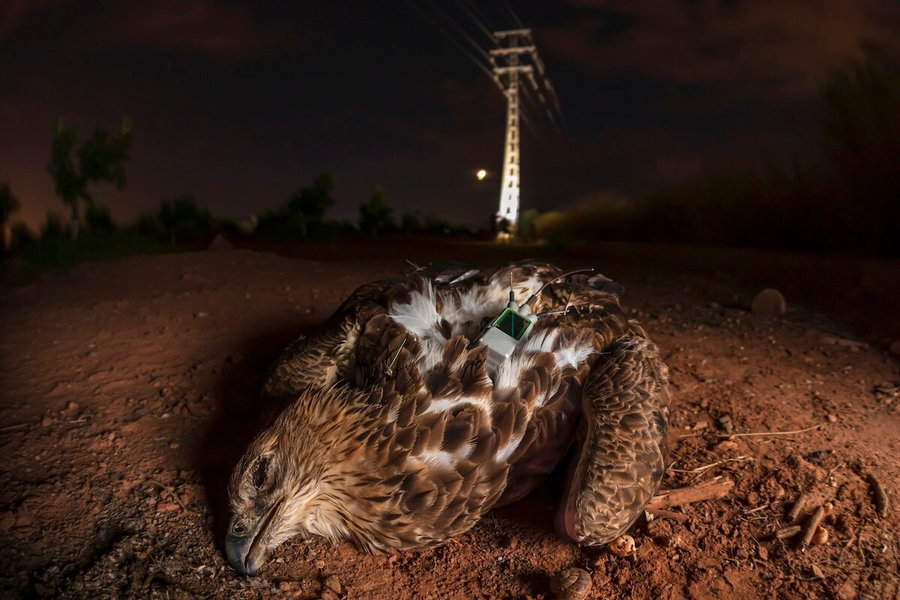 García Roa picked up another award for his image of a dead female eagle lying face down after flying into overhead power lines. The GPS that Bruma the eagle was fitted with at birth helped scientists and authorities determine which power line caused her demise and allowed them to fix it to keep other birds from meeting the same fate. 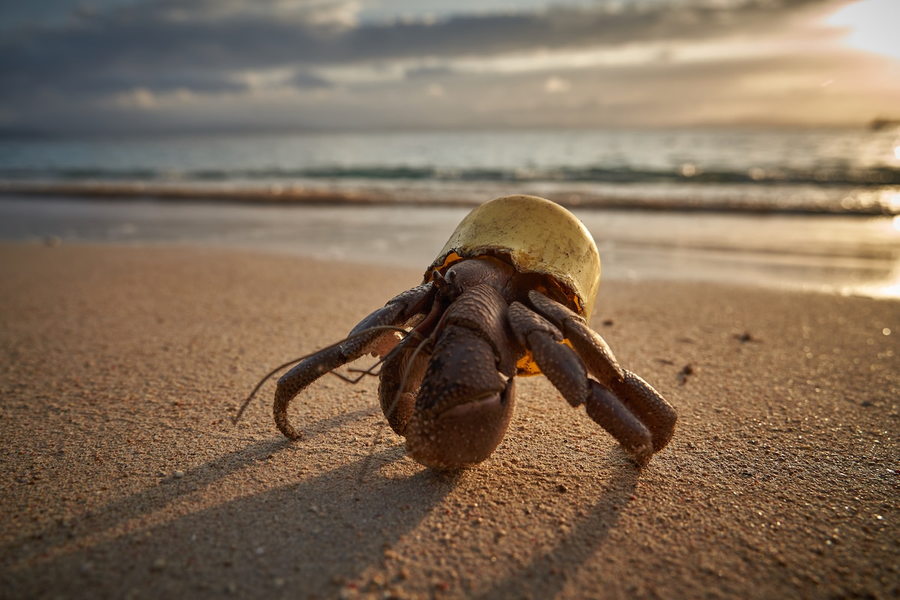 The terrestrial hermit crab in this image shows its adaptability by claiming a discarded plastic bottle cap as its new shell. The scene contrasts with the idyllic beach scene in the background, according to winner Andreas Eich.

The Art of Ecology Student Winner: Diwali in the Forest by Naitik Patel 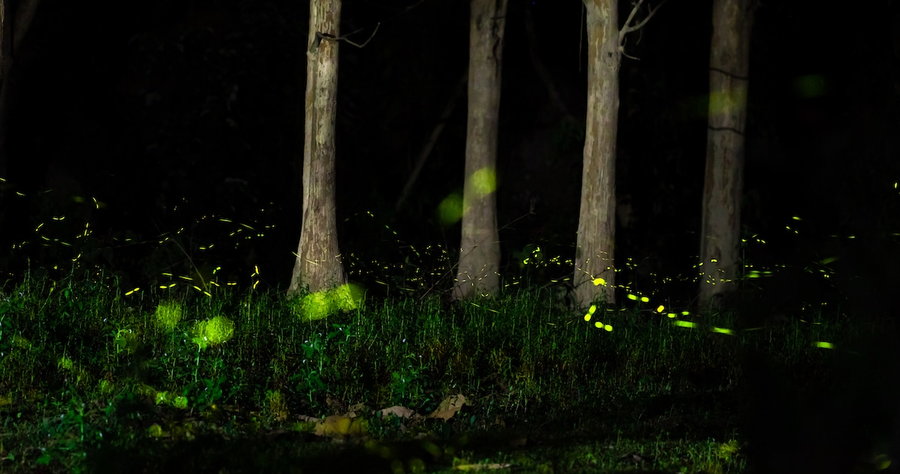 The light from a congregation of fireflies near India’s Kaziranga National Park reminded student winner Naitik Patel of the joyful feel of Diwali. He explains: “Diwali is a festival of lights. These adorable little fireflies were creating their own festival of lights by gently glowing green and creating undulating trails of light on the forest floor.”