The White House is one of the most iconic buildings in the United States, its Neoclassical columned facade instantly recognizable to most Americans. But the design that was ultimately chosen by George Washington in 1792 was just one of six serious contenders, and three of those alternate concepts have been unavailable for viewing by the public — until now. HouseFresh worked with the Maryland Center for History and Culture to access the original drawings and plans and transform them into realistic digital renderings, giving us a look at what might have been if a different White House design had been selected. 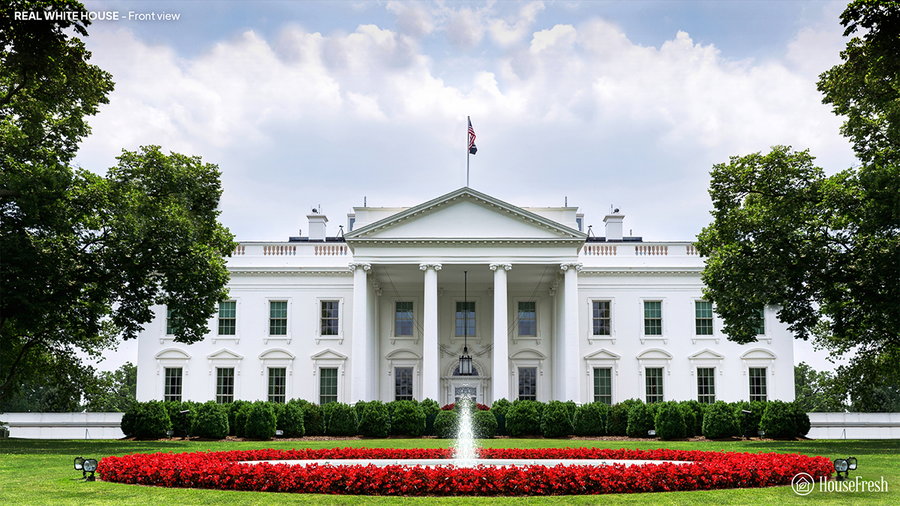 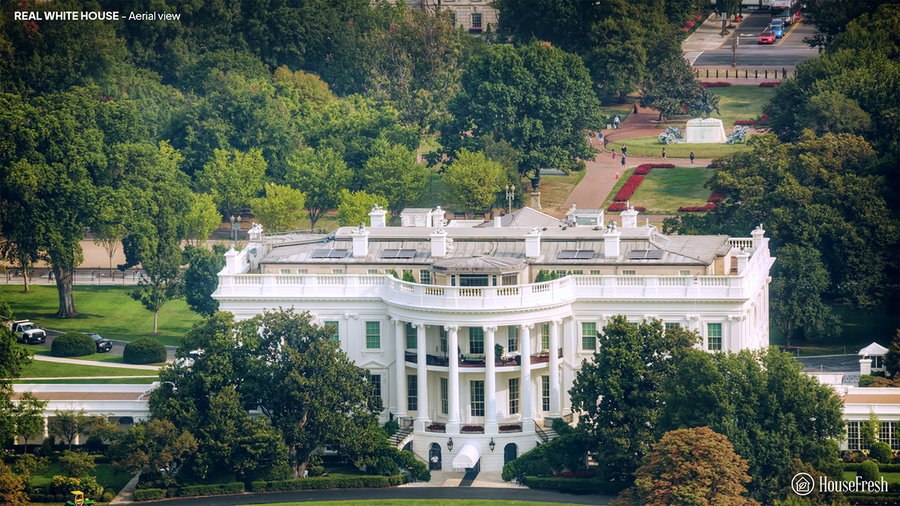 Washington and his Secretary of State at the time, Thomas Jefferson, held a competition to design the White House and Capitol. Though all proposals for the Capitol building were rejected, they selected a preliminary drawing for the White House that was ultimately built, crafted by Irish architect James Hoban. The design was based on Hoban’s own Charleston County Courthouse in Charleston, South Carolina, which Washington had admired during his “Southern Tour” the year before. Among the other submissions were taller, grander, and in some cases, simpler designs, including one secretly submitted by Jefferson himself. 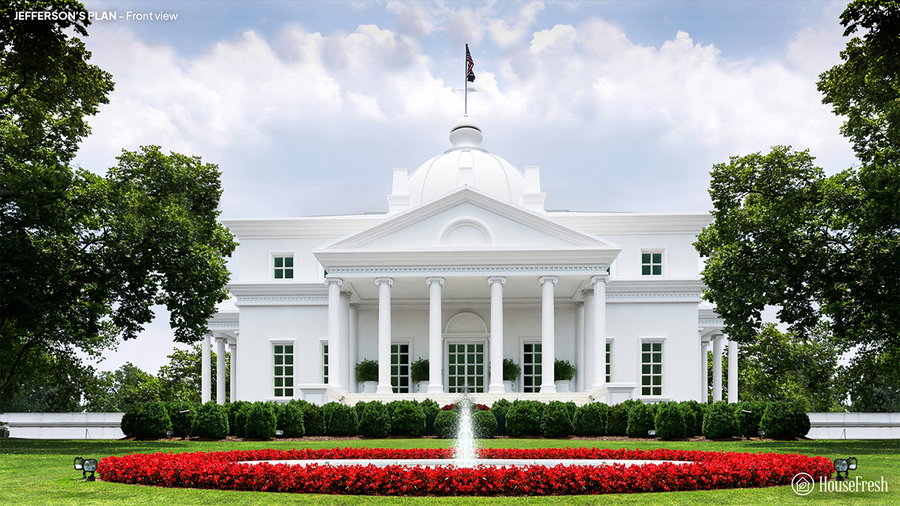 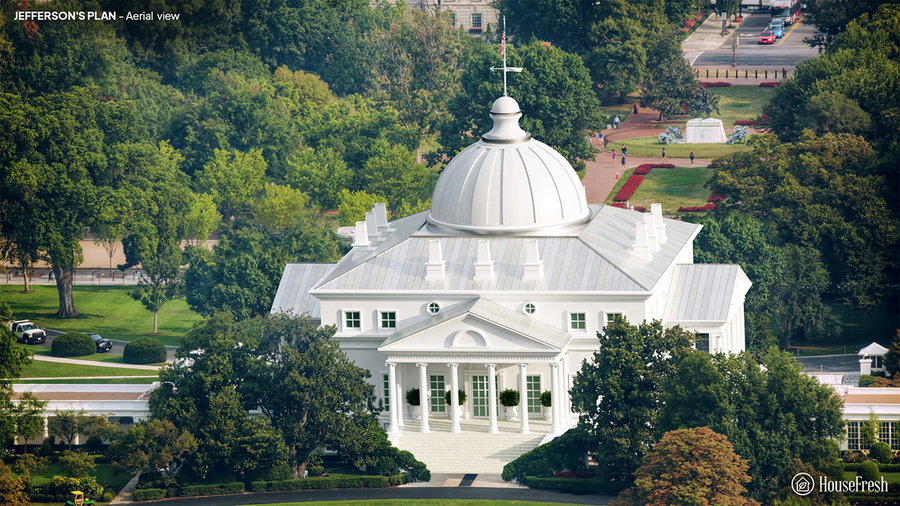 An architect in his own right, Jefferson was a fan of classical European design, and out of all the entries, his anonymous proposal is perhaps the most strikingly different from the White House we know. It features an enormous dome and a Mansard roof. When he became President in 1801, Jefferson enlarged the White House, adding colonnades and other features that contributed to its memorable appearance. His drawing was mistakenly attributed for many years to fellow designer Abraham Faws due to a clerical error. 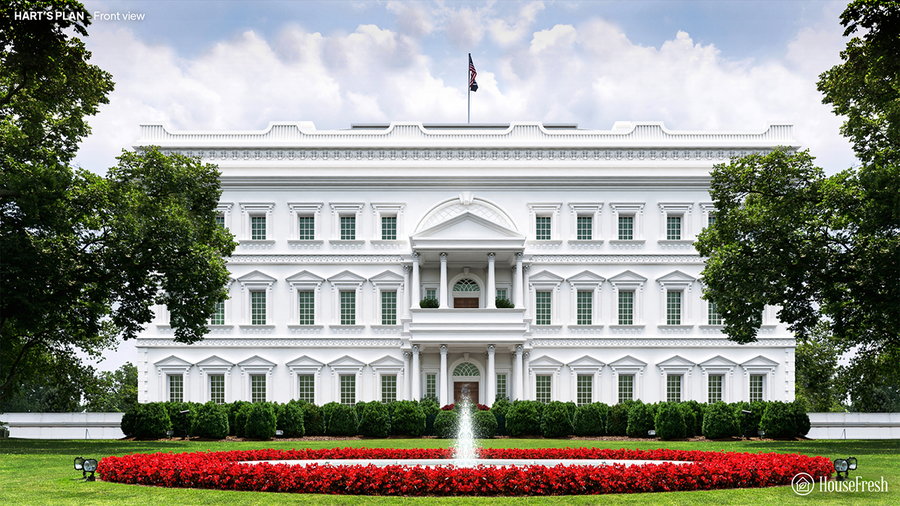 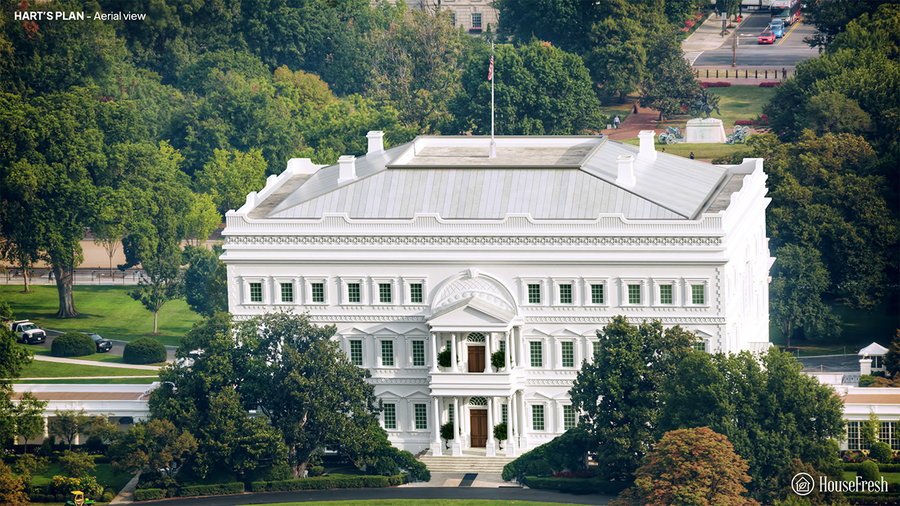 Professional builder and amateur architect Philip Hart envisioned a White House with an extra story and many closely-spaced windows in faux Italian Renaissance style. Unfortunately, the design failed to meet Washington’s criteria for a building that would “in size, form, and elegance… look beyond the present day.” 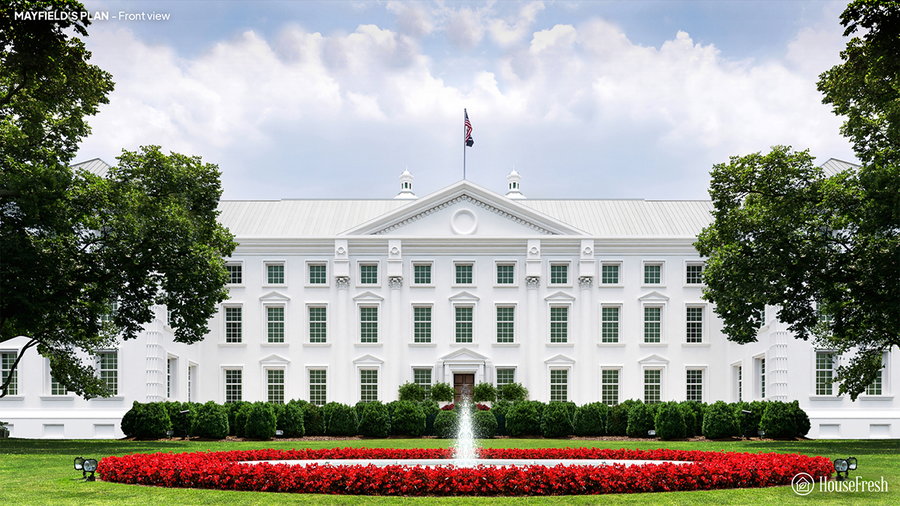 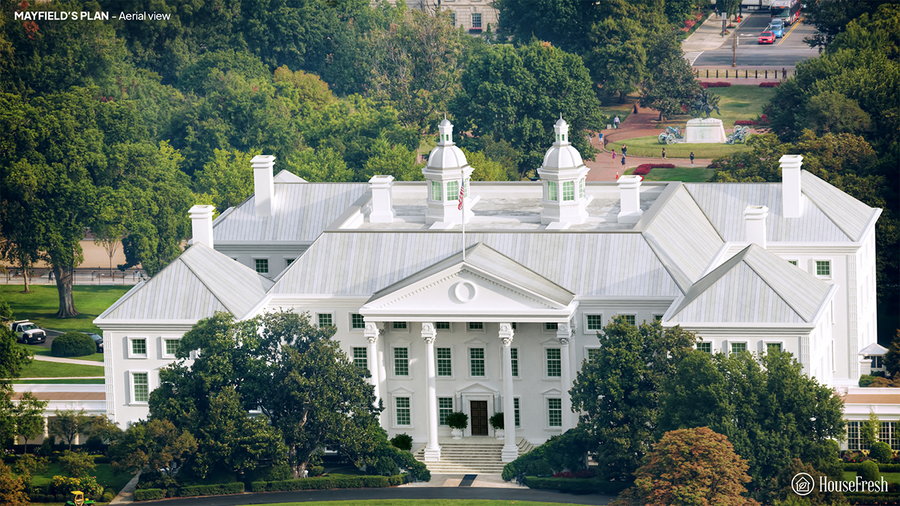 Similar to Philip Hart’s vision is this one by linguist and former British soldier/teacher Andrew Mayfield Carshore, thought to be his one and only architectural design. Featuring a taller French-style Mansard roof topped by twin cupolas, this concept hews to the style of pre-Revolutionary War architecture seen in American’s colonial period. The judges reportedly thought it “lacked a vital spark.” 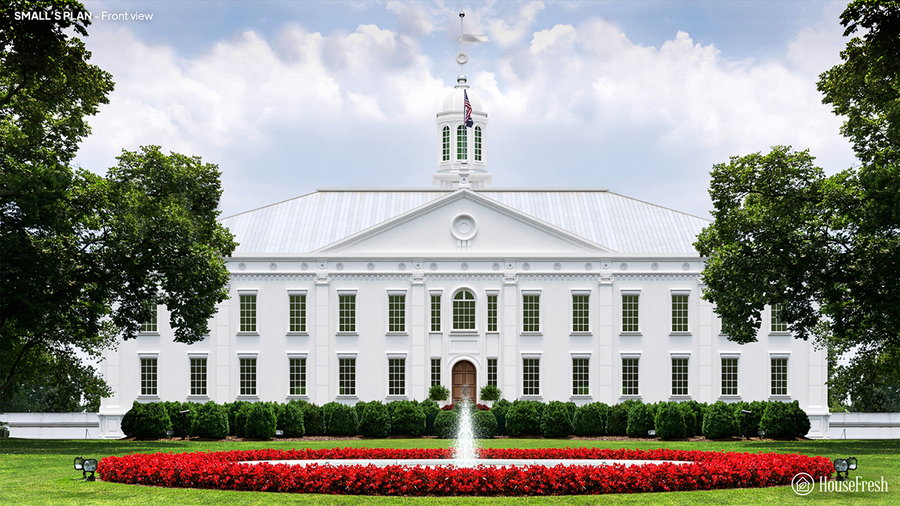 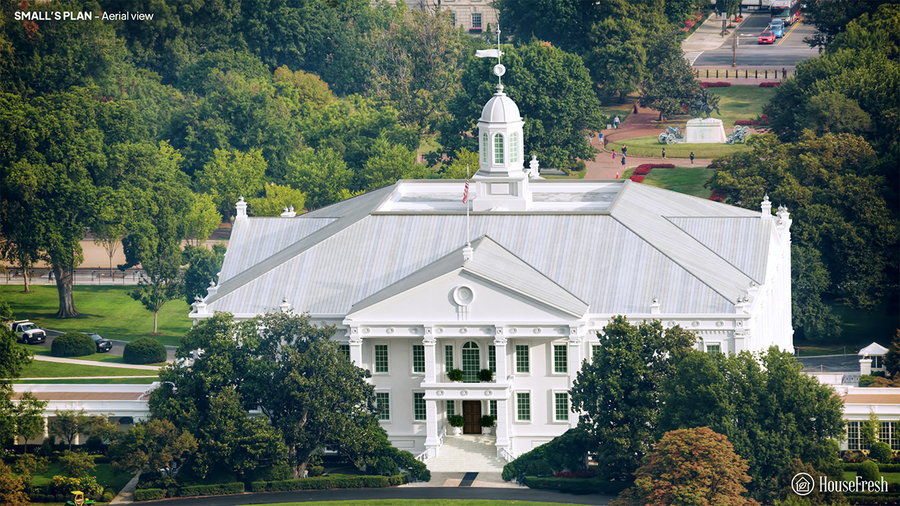 If this design looks familiar to you, that might be because it closely resembles George Washington’s historic home, Mount Vernon, which is located 13 miles south of Washington D.C., as well as the Maryland State House in Annapolis. One of four designs submitted by Jacob Small, this rendering lacks a grand entrance on the north facade, and what it doesn’t show here is a floor plan the judges thought was too convoluted. 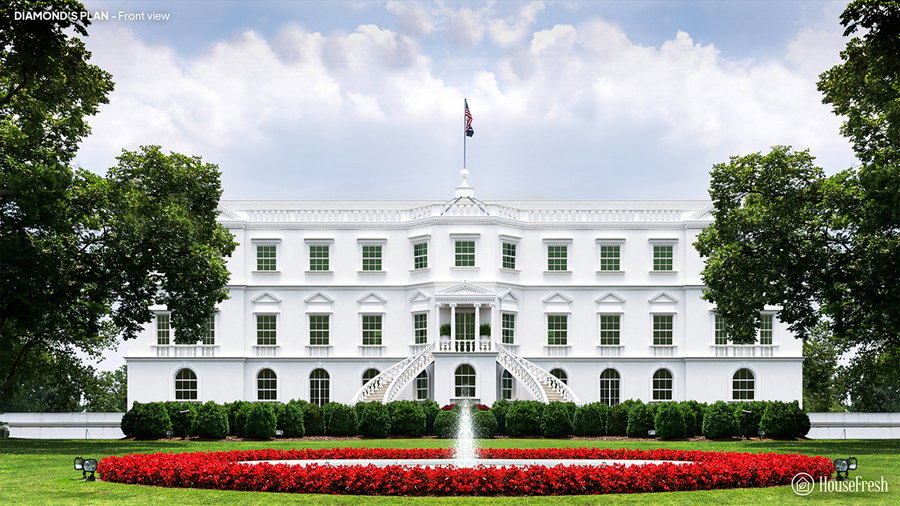 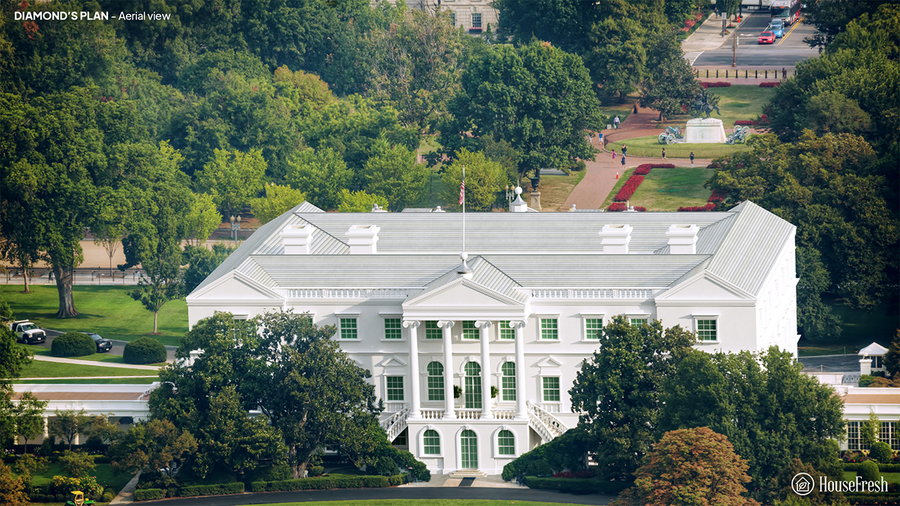 Hoban’s fellow Irish architect James Diamond imagined a White House set around a central rectangular court that was open to the outdoors, flooding the interior with light. He also suggested that it could also be enclosed with a roof and lit from above “which would have a grand effect.” Alas, its dramatic dual staircases are thought to be too intricate to have suited Washington’s more refined and practical tastes.