Restaurant design has become a key part of the fine dining experience, with patrons now valuing ambiance almost as much as the actual food that is being served. The interior of a restaurant can completely change the spectacle of eating out and carry the patron away from the sometimes monotonous continuity of day-to-day life. Below, you’ll find a few restaurants from all over the globe that are able to transport their guests to another world, if only for one meal. 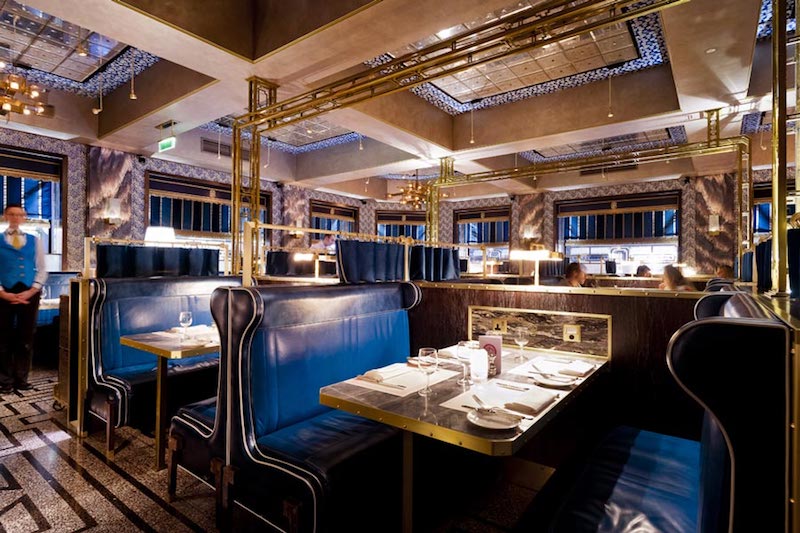 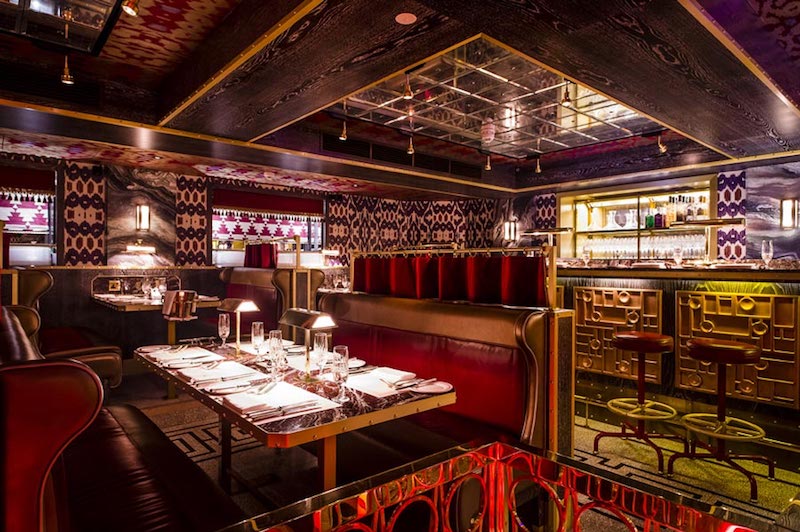 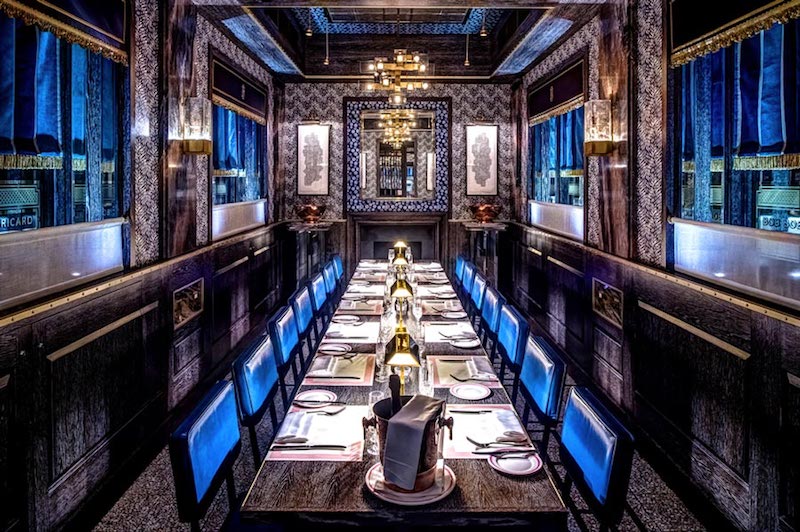 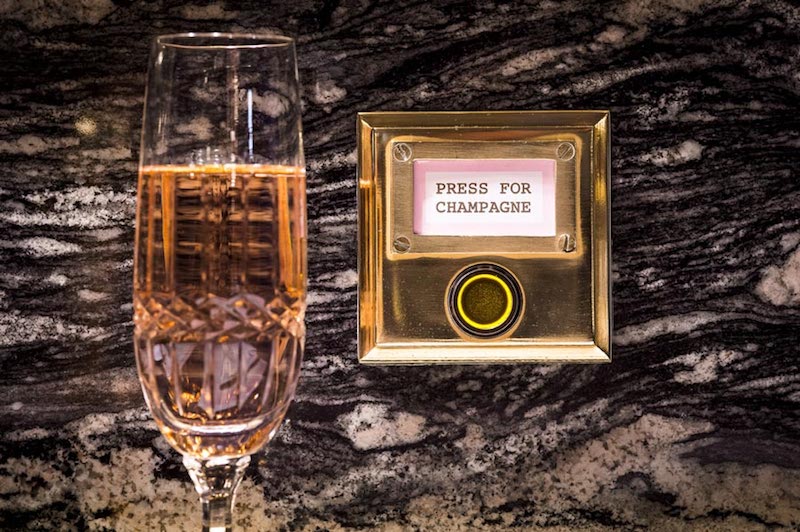 First we have Bob Bob Ricard, an iconic restaurant in the Soho neighborhood of London. The interior was designed by David Collins Studio and is considered to be one of the firm’s most extravagant and outlandish designs to date. The design was initially met with some criticism for being ostentatious, but it also went on to receive Time Out’s Eating & Drinking Award for Best New Design in 2009. The magaine applauded the restaurant’s “loose theme of Orient Express meets American diner,” which itself can be credited to its incorporation of 1920s decor. The restaurant has three separate dining rooms, and all of them are adorned with velvet curtains, bold colors, and oriental patterns. 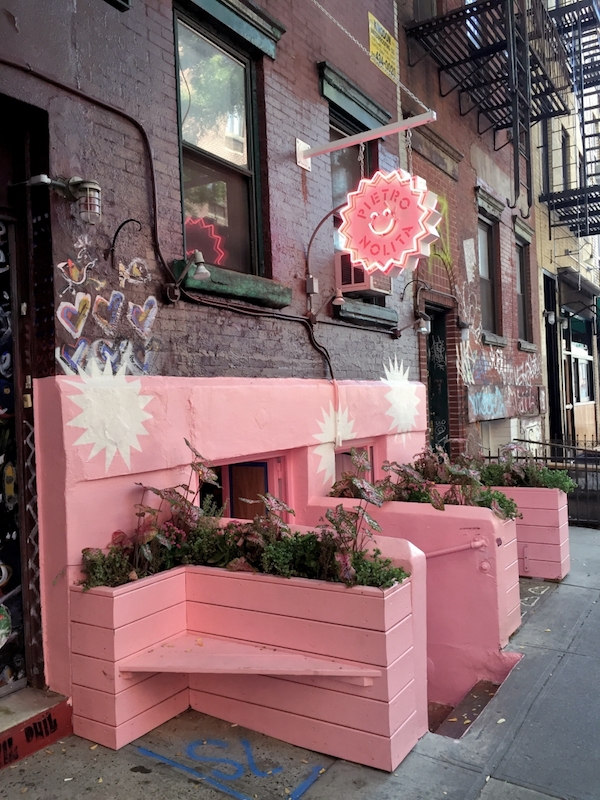 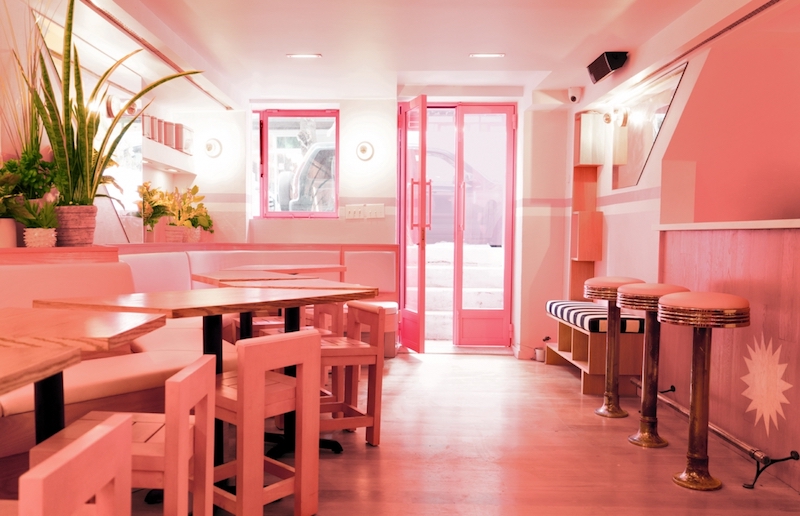 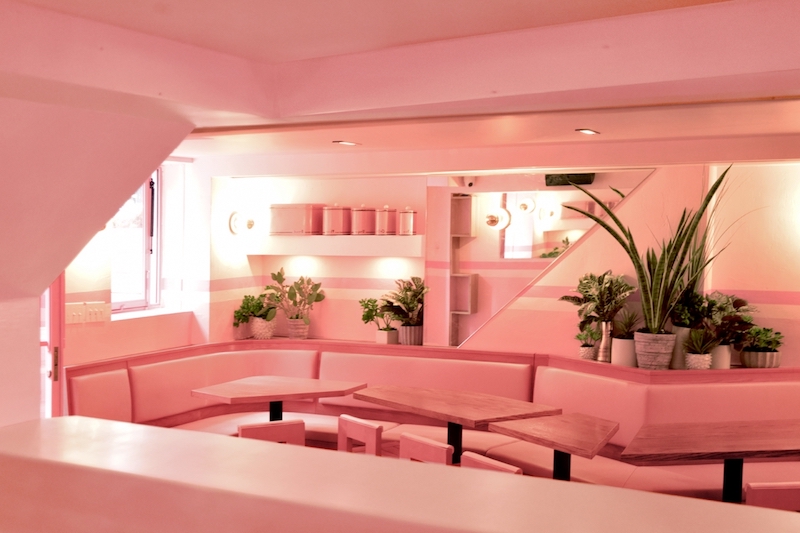 Next stop is the all-pink Pietro Nolita in New York City. This bright and contemporary Italian eatery sits on a classic redbricked street. The interior was completed by the two co-owners and the detail-driven designer Jeanette Dalrot. Aside from a few potted plants, tabletops, and other varied accents, the restaurant is cloaked entirely in millennial pink. The look was inspired by the colorful seaside restaurants in towns that neighbor co-owner Pietro Quaglia’s home in Milan. The dining room is kept simple with clean lines and basic furniture but feels filled to the brim with color. 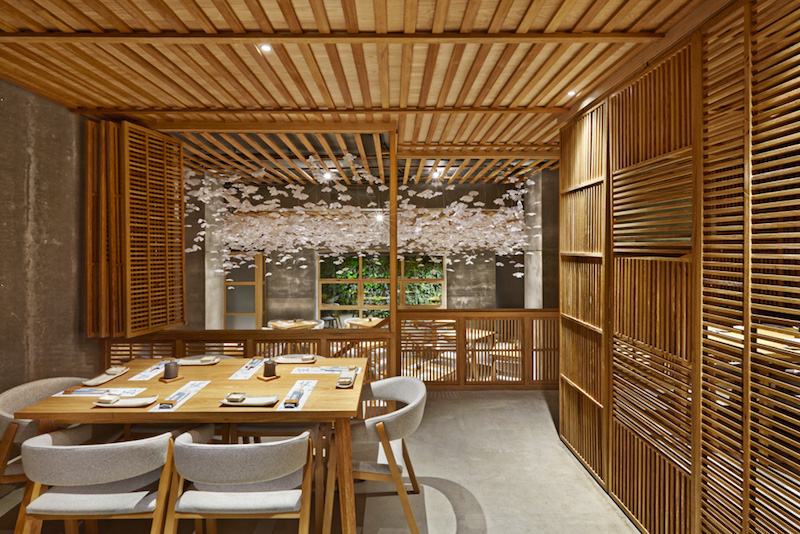 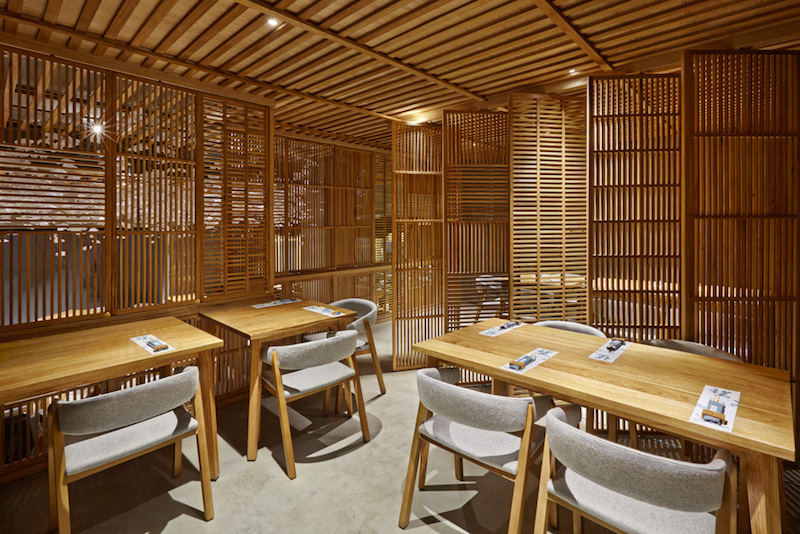 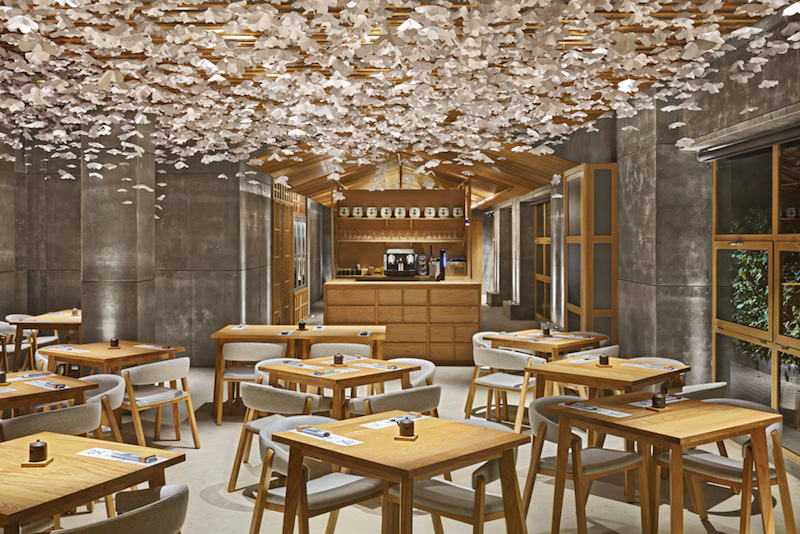 Pictured above is Nozomi Sushi Bar, located in Valencia, Spain. Its interiors were designed by the local firm Masquespacio Studio. Since this restaurant specializes in traditional sushi, the design team studied Japanese society and the history of sushi making in order to best represent the culture. They also strove to express a duality in the form of “rational contemporary” and “emotional classic.” The first is embodied by the restaurant’s plain concrete walls and ceilings, while the latter is displayed in a motif of natural wooden fixtures. The real showstopper is actually floating above the guests’ heads as they eat: thousands of origami flowers standing in for the blossoms of cherry trees. 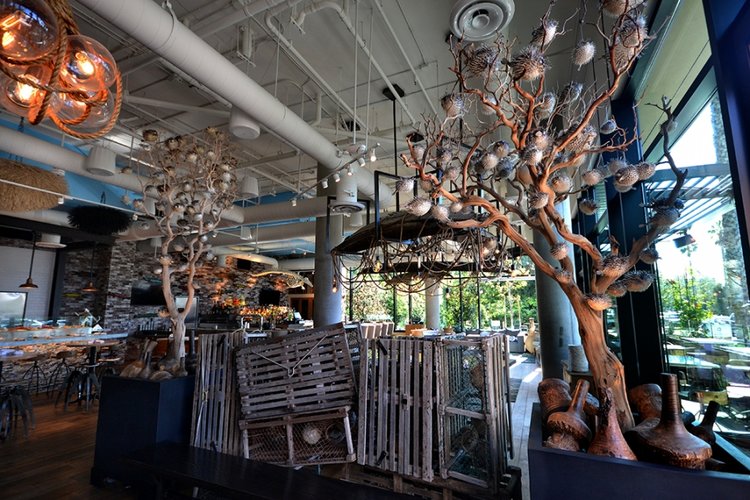 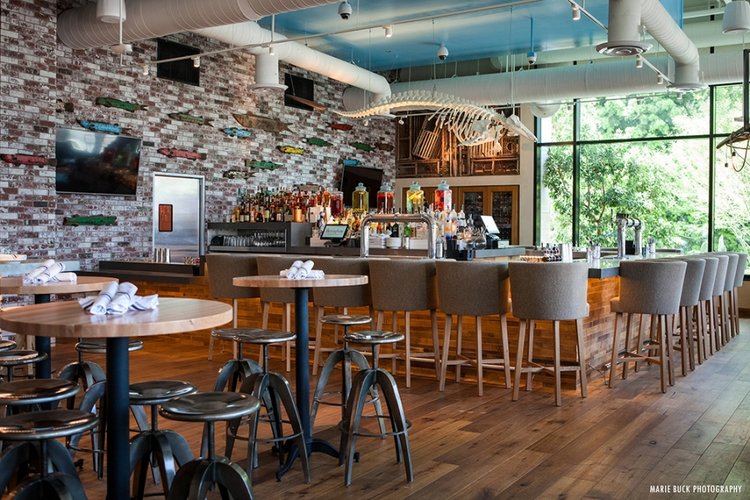 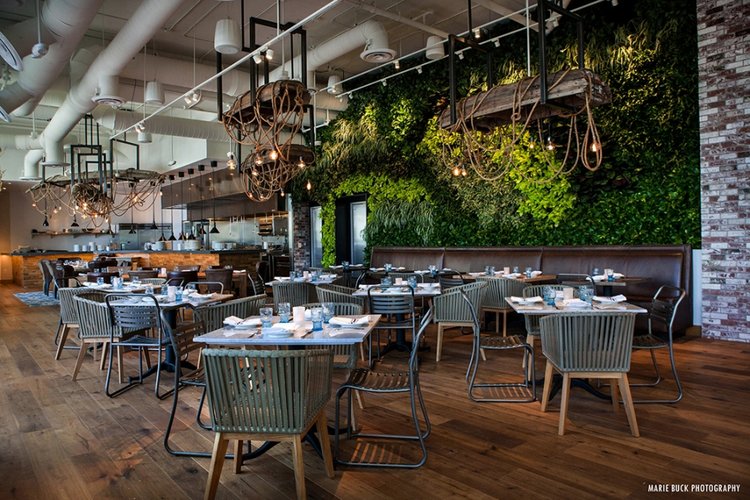 Herringbone was originally located in West Hollywood, but more recently (and more fittingly) it’s been moved to Santa Monica. The seafood restaurant now sits just two blocks from the beach. Inside, an oyster bar and craft cocktails accompany the kitchen’s signature seafood dishes. Developed by Schoos Design, the restaurant prides itself on a decidedly nautical theme, with large overturned boats hanging above the dining rooms and a fish skeleton swimming above the bar. 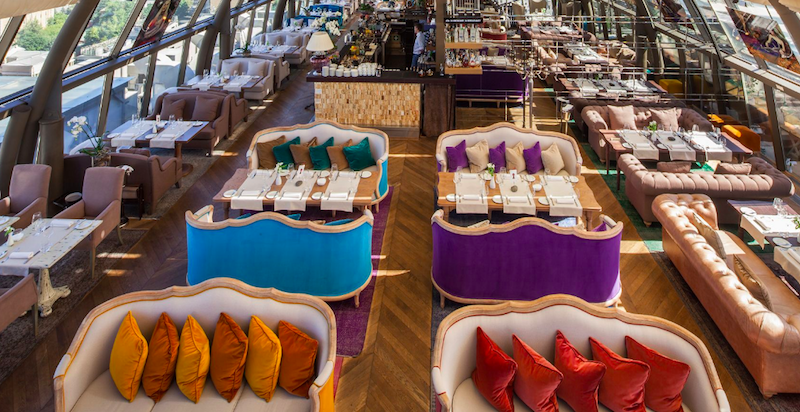 Continue reading below
Our Featured Videos
Last on our list is the White Rabbit Restaurant & Bar in Moscow, Russia. The White Rabbit is located on the 16th floor of Smolenskiy Passage, under a glass dome that allows patrons a stunning view of the city. The restaurant is filled with plush couches, some neutral and some brightly colored, and tables beautifully set for fine dining. Traditional portraits of noble men and women are scattered throughout the dome and keep the tone elegant — despite all the adorable white rabbits you’ll encounter on the walls, under the lamps, and in the booths.