Love your Roomba? Well, the inventor of that iconic device has just developed a solar-powered robot to keep your garden weed-free. The best part is that the Tertill doesn’t need to be programmed or recharged by anyone — simply leave it out in the sun, and it will charge via a set of built-in solar panels. When it has enough juice, it’ll begin working its way around your garden, cutting down any weeds in its path. The Tertill determines what’s fair game based on size, so if you have any tiny seedlings planted and want to protect them, just put a metal ring around them to prevent them from getting snipped. After weeds have been cut a few times, they tend to give up and die off for good. No pesticides, no aching back, and no dirty fingernails. Nice! 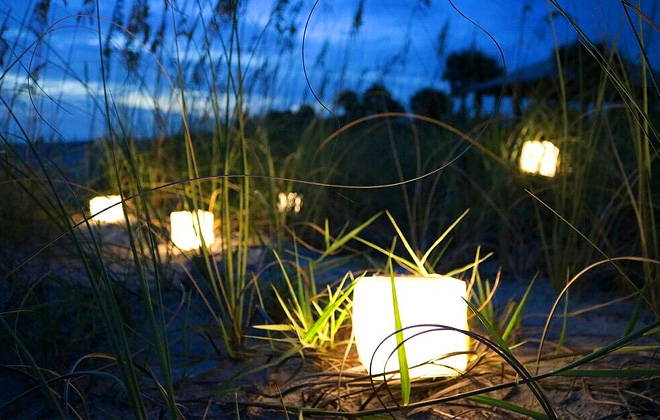 Imagine a solar-powered lantern that you could toss up into the air, hold safely in your hands, and fold flat when you were finished. The SolarPuff is perfect for intimate gatherings, but it’s equally valuable when the power goes out and you find yourself scrambling for light. As a mtter of fact, the company behind SolarPuff makes it a snap to donate light to others (such as Syrian refugees or the people in Puerto Rico who still don’t have power) when you’re shopping for your own lanterns online. 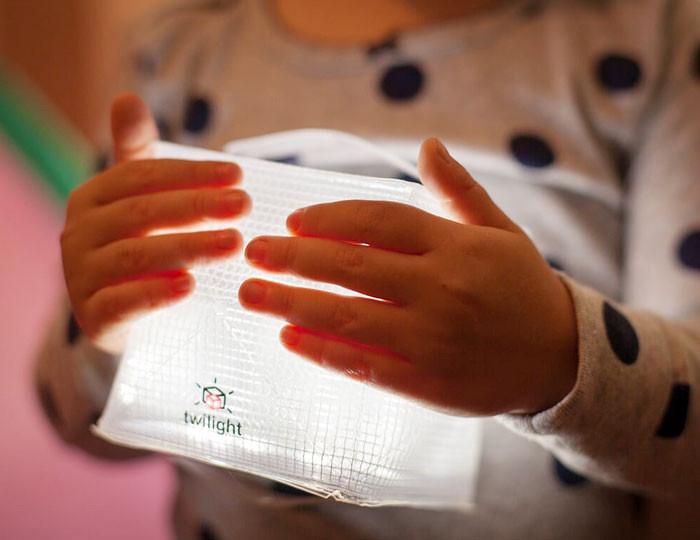 The SolarPuff is available in either bright or warm white, though you can also opt for the multicolored “Merlin” model if you’re feeling a little more adventurous. 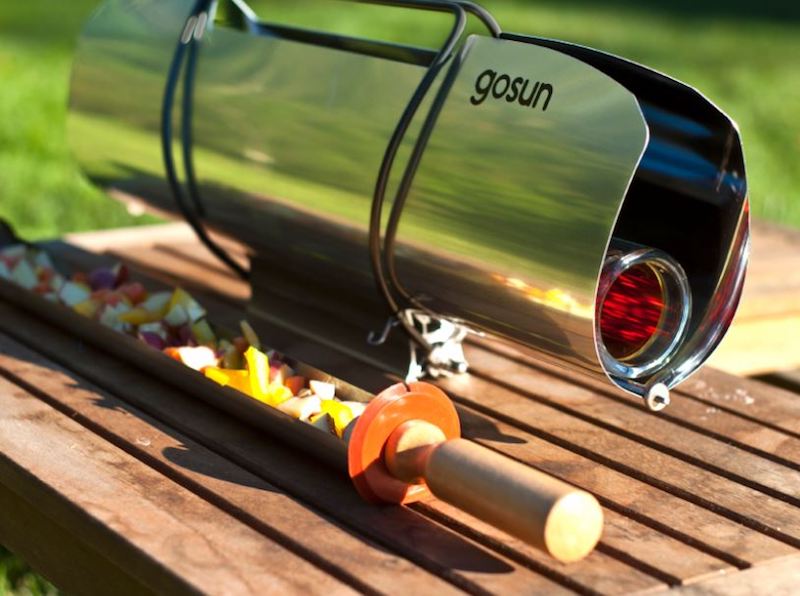 When you’re hiking or camping, the last you want is to have to lug extra gear around. Leave the charcoal or wood behind, and go solar when it’s time to eat using GoSun’s solar ovens. You can choose from several styles and sizes, but we think the “Sport” model is just perfect. The company says you can bake, roast, or steam a meal for two in it in a matter of minutes, letting the sun do the work while you relax. It even folds up into a handy carrying case, weighing in at just seven-and-a-half pounds.

Exactly how does it work? We’ll let GoSun explain: “Sunlight is focused by the compound parabolic reflectors onto the tube, heating the inner cooking chamber. The vacuum tube acts as a near-perfect insulator, converting more than 80 percent of the sun’s rays into usable heat. The heat inside mimics that of an oven, building up to 550°F.” 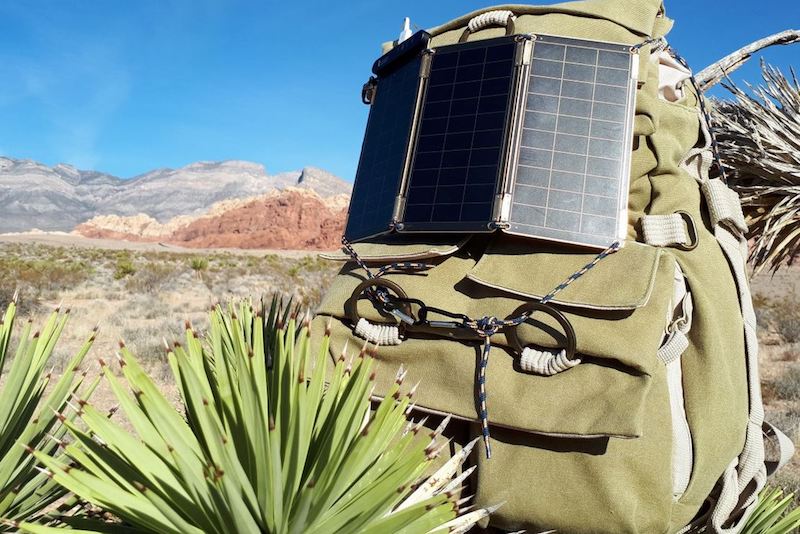 Yolk Electronics recently released its “solar paper,” or what it describes as “the world’s thinnest and lightest solar chargers.” These slim panels are perfect for anyone who’s on the go, and they can easily be stuck together using the magnets on their frames. Want to charge them while you hike? No problem. Simply fasten them to the outside of your backpack. Afterward, you’ll be able to store some of the electricity you generated in a power bank for nighttime use. 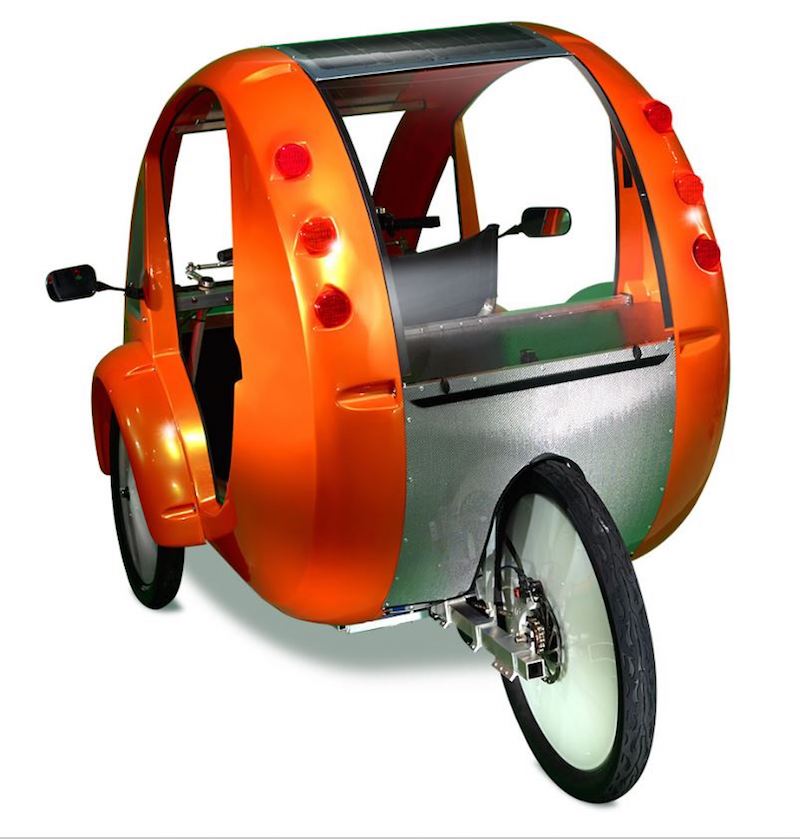 Who says being environmentally responsible can’t also be fun? Using a combination of both solar power and your own pedaling, you can fuel this little car’s 600-watt electric motor and travel up to 100 miles on a single charge. You won’t be breaking any records, but you will be able to reach a decent speed of 30 miles per hour. Surprisingly enough, the manufacturer says you don’t need a license to drive this baby, as it’s technically still considered a bicycle.

The Velomobile’s solar panels need seven hours of sunlight to fully charge, but you can use its AC adapter to help out if it’s cloudy outside or you’re feeling particularly pressed for time.