Hong Kong’s richest biodiversity is found just off its coast, within the Hoi Wan Marine Park in the South China Sea. Sadly, the park has suffered multiple collapses in its coral populations in recent decades due to the burgeoning human population onshore, which has caused the water quality there to rapidly deteriorate. Recent improvements in waste water treatment are a great step, of course, and restoring the coral could help marine habitats flourish once again. 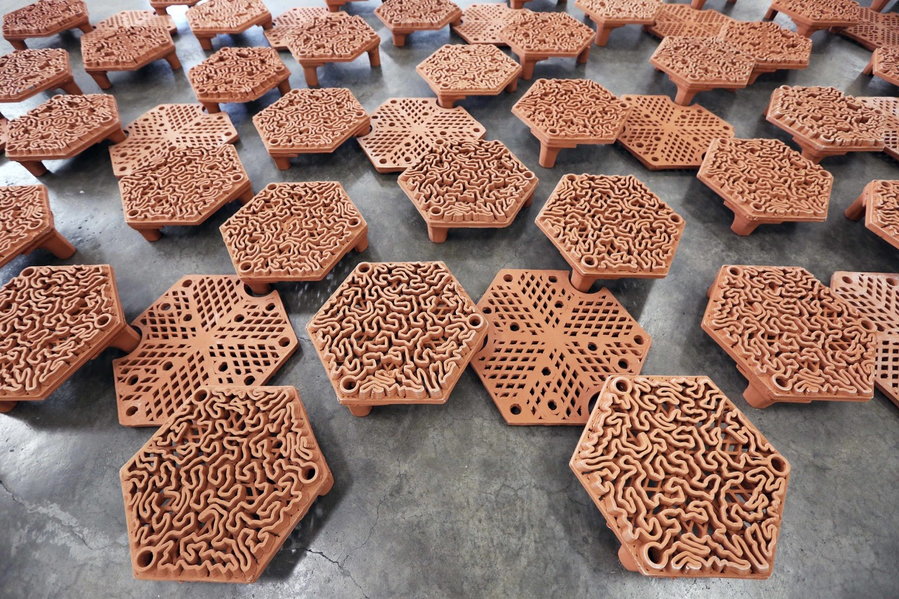 A new collaboration between architects and marine scientists at the University of Hong Kong (HKU) is using modern technology to make it happen. Their new method of 3D printing specially designed reef tiles could boost coral’s chance at survival by providing an anchor for “corals of opportunity,” which are dislodged coral fragments that might otherwise just float away and die.

The Marine Park is home to more than three-quarters of reef-building corals in Hong Kong, as well as more than 120 fish species. Mass mortality events, coral bleaching, and bio-erosion all put them at risk. Offering the coral a structurally complex foundation for attachment prevents sedimentation, which is when sediment run-off from the shore either directly suffocates coral reefs or gets mixed into shallow coastal waters, reducing the available light coral need to photosynthesize. 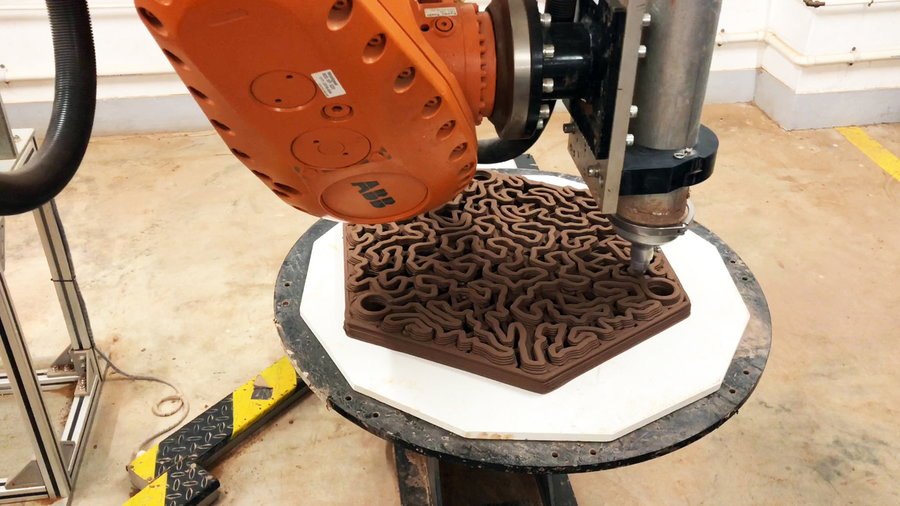 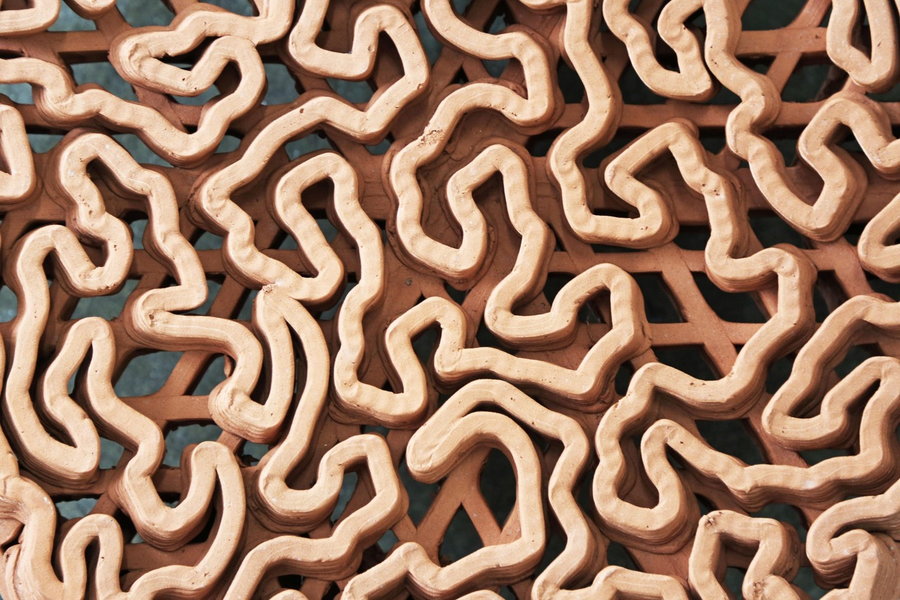 In July 2020, marine scientists deployed the 3D printed terra-cotta “reef tiles” made by the HKU Robotic Fabrication Lab and seeded them with coral fragments at three key sites within the Marine Park covering about 40 square meters total (about 430 square feet), including Coral Beach, Moon Island, and a bay near the WWF Marine Life Center.

The 3D Printing Media Network reports some fascinating details on the project:

“Three coral species historically common in the Marine Park, namely Acropora, Platygyra, and Pavona, were selected for the study. They have different growth forms, representing the branching ‘staghorn,’ massive ‘brain’, and foliose ‘plating’ colony forms, creating a diverse habitat for other marine species. Marine scientists at SWIMS will investigate the success of restoration using the mono-, mix-, and polyculture of the three coral species, while researchers will monitor the performance of corals on the tiles for the next one and a half years.”

“The 128 pieces of reef tile with a diameter of 600mm were printed through a robotic 3D clay printing method with generic terra-cotta clay and then fired at 1125 degrees Celsius. The design was inspired by the patterns typical to corals and integrated several performative aspects addressing the specific conditions in Hong Kong waters.” 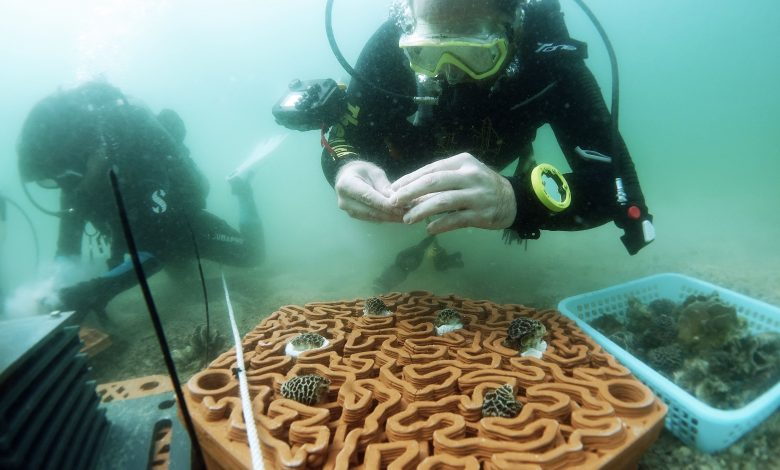 The use of environmentally friendly terra-cotta instead of plastic is particularly interesting here, especially since it’s usually associated with architecture and design. In fact, the tiles look like decorative art pieces you might have as a sculptural element in your garden. Fired in a kiln, the 3D printed tiles are durable enough to withstand underwater conditions. Hopefully we’ll get an update from the researchers once the coral attach — it’ll be interesting to see whether the patterns of the tiles affect the formation of the coral, or if they disappear altogether under a blanket of new marine life.