Development service company Italdesign recently threw a big shindig in Turin, celebrating 50 years of working alongside the world’s leading car manufacturers. Founded by Georgette Giugiaro and Aldo Mantovani, the company assists their clients in the process of creating vehicles from conception to the start of production.

“We are proud of what we have achieved in these fifty years,” says CEO Jörg Astalosch. “Italdesign has always stood out for its ability to dare, to be ahead of its time and anticipate the industry’s needs, working daily to raise the bar of quality standards. If we look at the many prototypes we are proud to have at our Moncalieri headquarters, which were inspirational for many successful projects for our customers, this attitude for innovation — never an end in itself — is evident even after many decades.”

30 prototypes and production models that have marked significant points in Italdesign’s history were showcased inside the courtyard of the Castello del Valentino during the fourth edition of the Turin Auto Show. 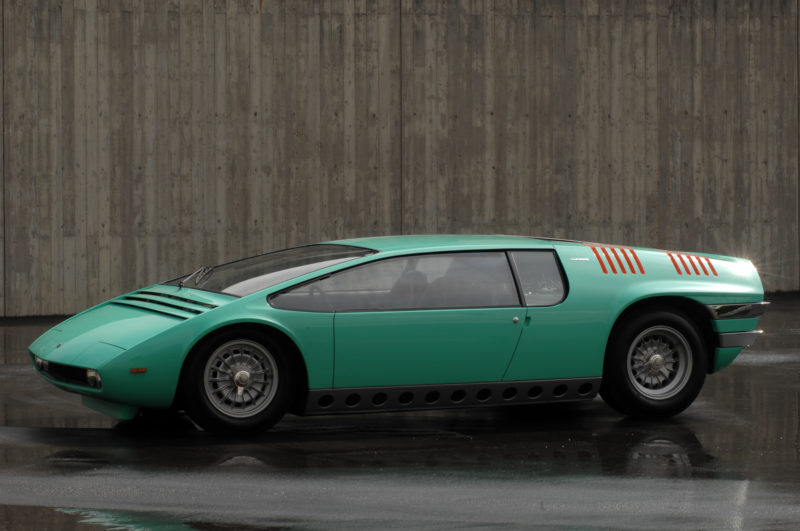 The Bizzarrini looks as bizarre as its name suggests. With a shuttle-like build, this car looks better suited for outer space than it does for the everyday commute. 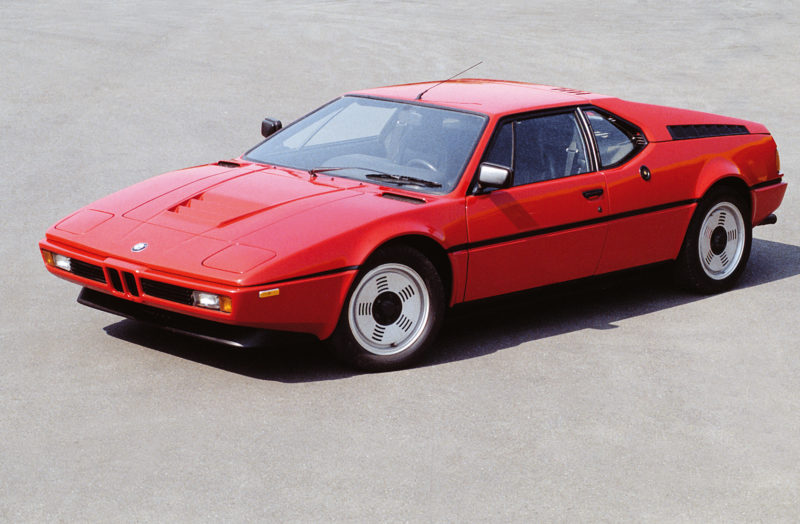 This made-to-race car was personally designed by Italdesign’s Georgette Giugiaro and is entirely hand-built. At the time of its launch, it was one of the fastest and most dynamic cars on the market. 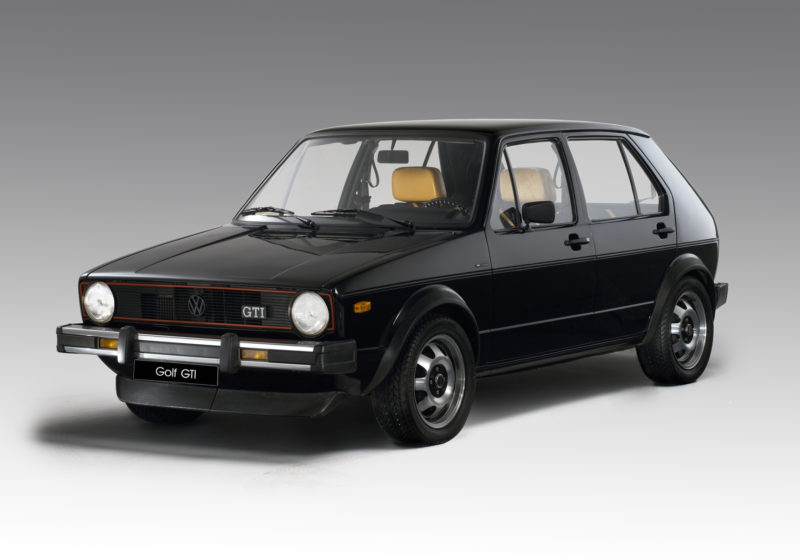 The 1974 Golf was introduced as Volkswagen’s successor to the iconic Beetle. As a test of the car’s durability, two Golfs were driven over 30,000 kilometers from Alaska to Argentina’s Tierra del Fuego in 1974. 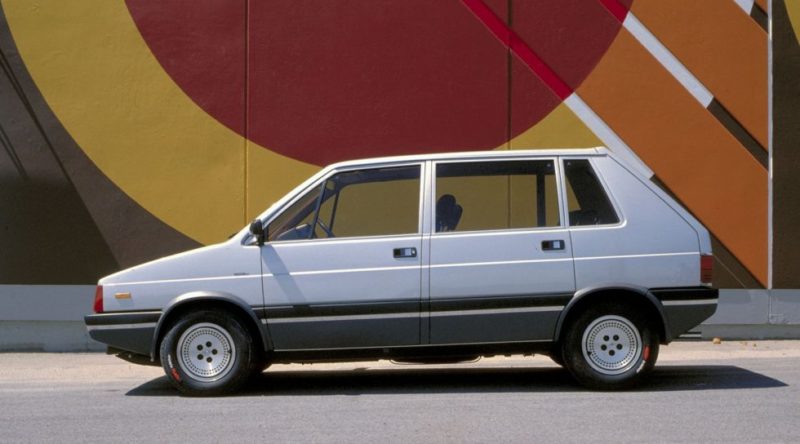 The Lancia Megagamma was released during a time when cars were mainly judged by their lengths. This small concept van was the perfect vehicle for a family. 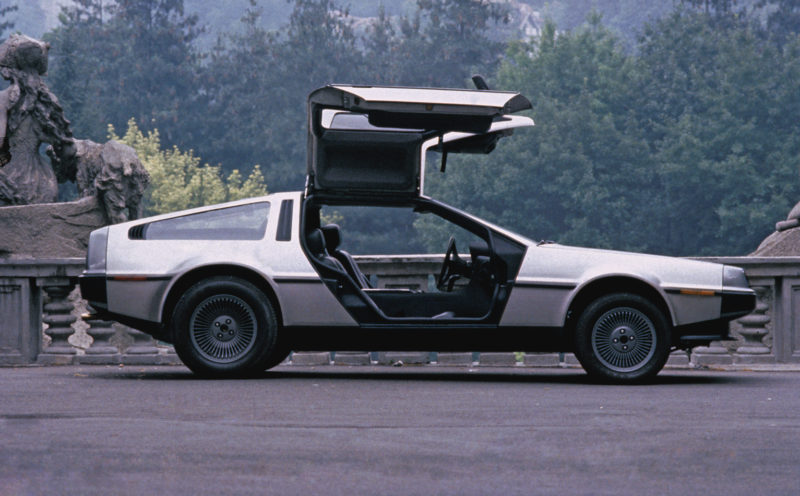 The Delorean was a sports car manufactured by John Delorean and his motor company. The car was purposed for the American market but only lasted from 1981 to 1983. Of course, the car was later made famous by the movie Back to the Future, in which it could travel through time. 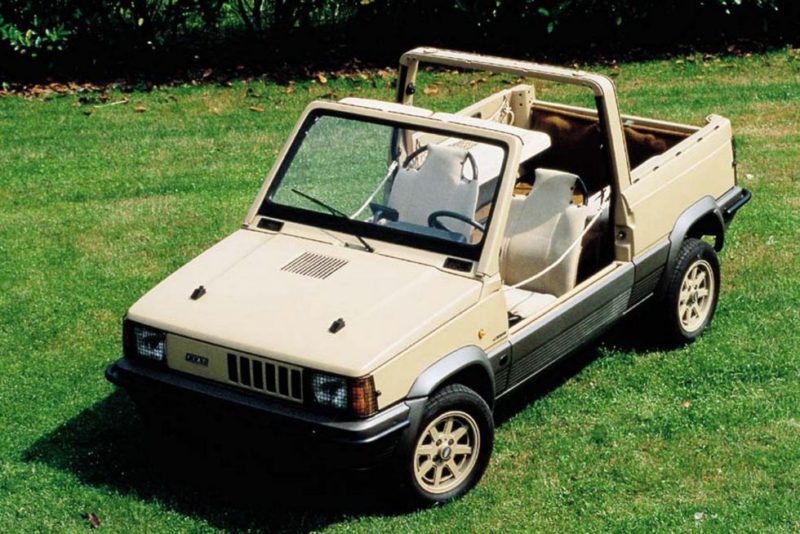 This Fiat was a concept vehicle with a completely open seating area, no doors, and pick-up truck-like storage. 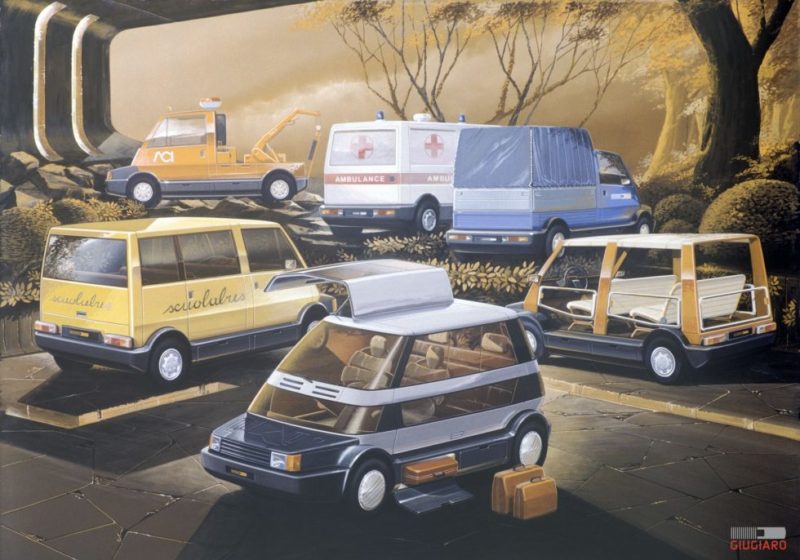 The body of the original Capsula could separate, allowing for different upper cabins to be placed over the same chassis. The vehicle was also made with extra storage space to serve those with tool-based careers. 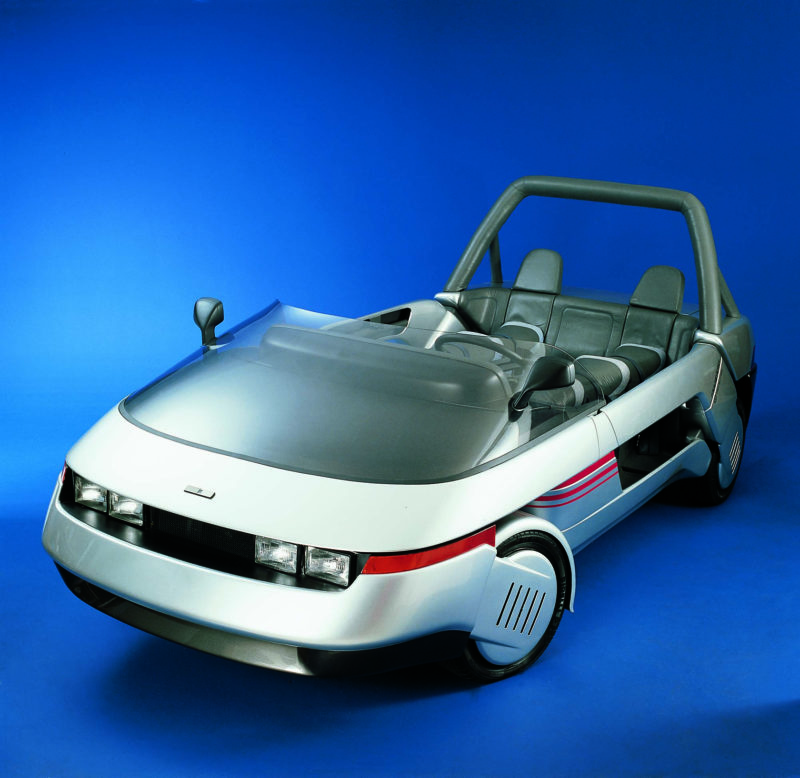 The 1986 Machimoto was created on the Volkswagen Golf platform. Designed with an open cab to mimic the sensation of riding a motorcycle, this car’s flexible seating platform allowed up to nine people to sit in it! 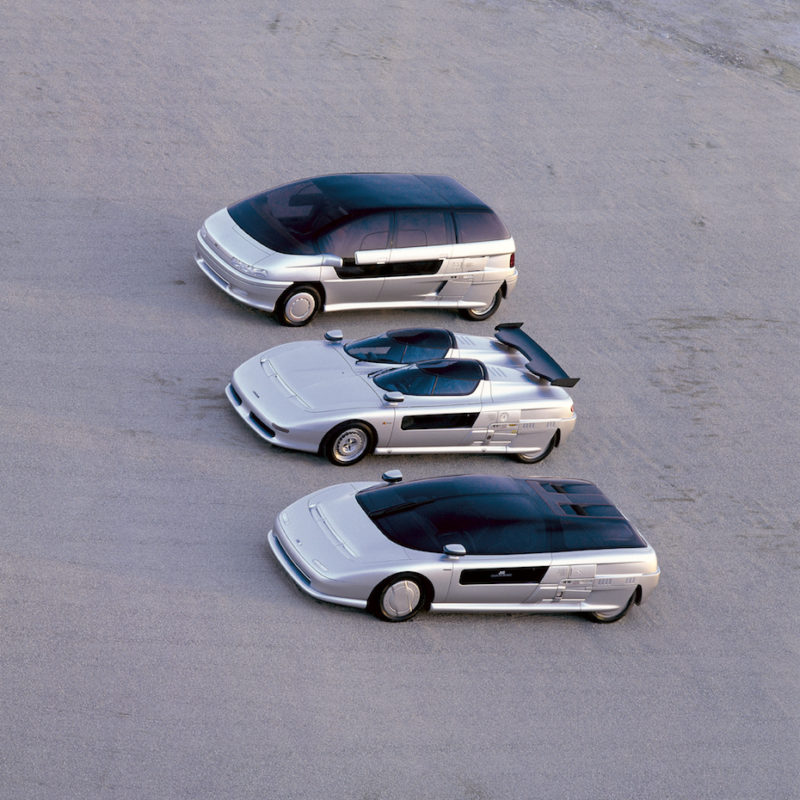 With the Aztec, the driver and passenger are seated separately, but at least there’s a handy electronic communication link between them! 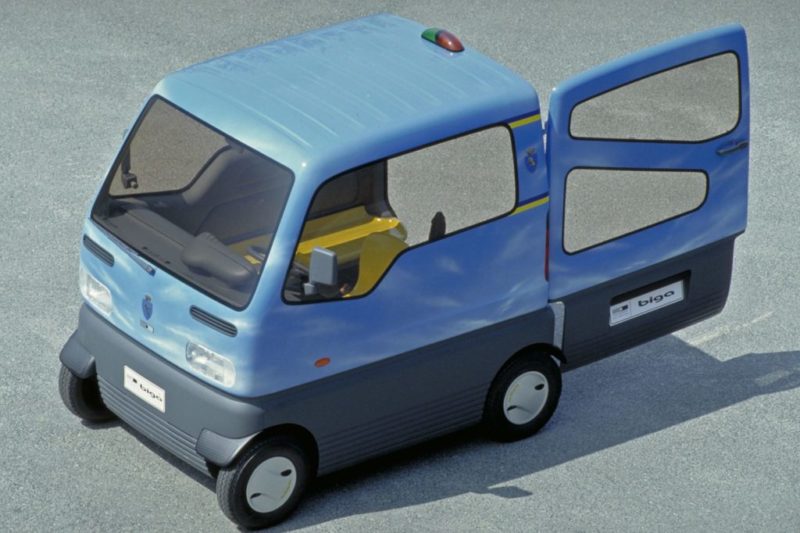 The Biga is an eco-friendly model that can be mass-produced rather easily. It leaves no room for anything superfluous, as it was made to be the minimalist car of its time.

The Lucciola was created to be hybrid, compact, light, and eco-friendly. It’s made out of recyclable materials and boasts an aluminium body. 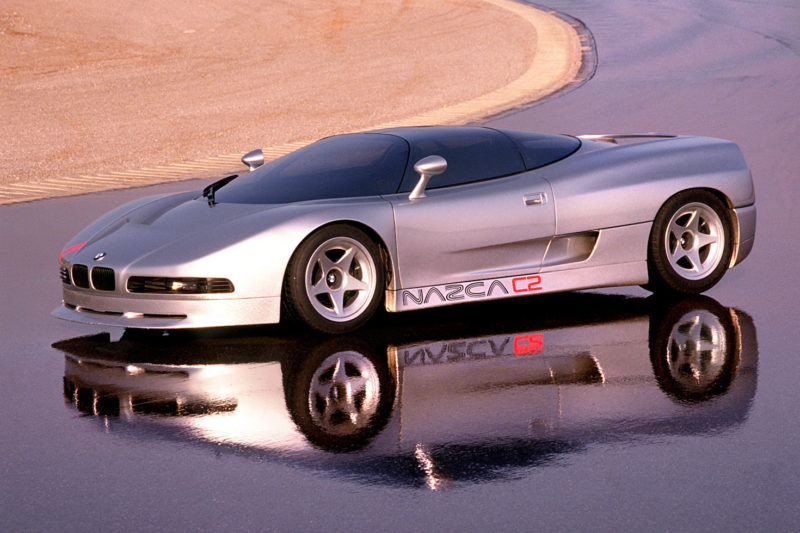 The C2 was made as an upgrade from the M12, with only a few changes actually worth noting. This project never made it beyond its prototype phase. 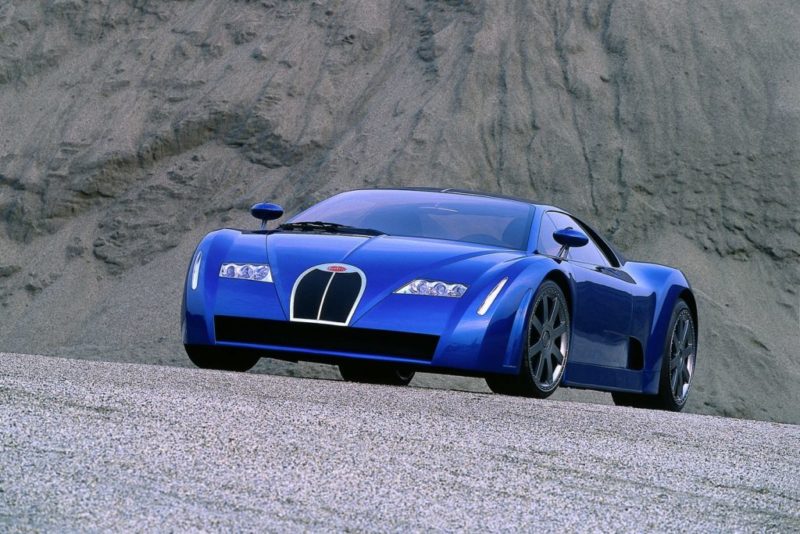 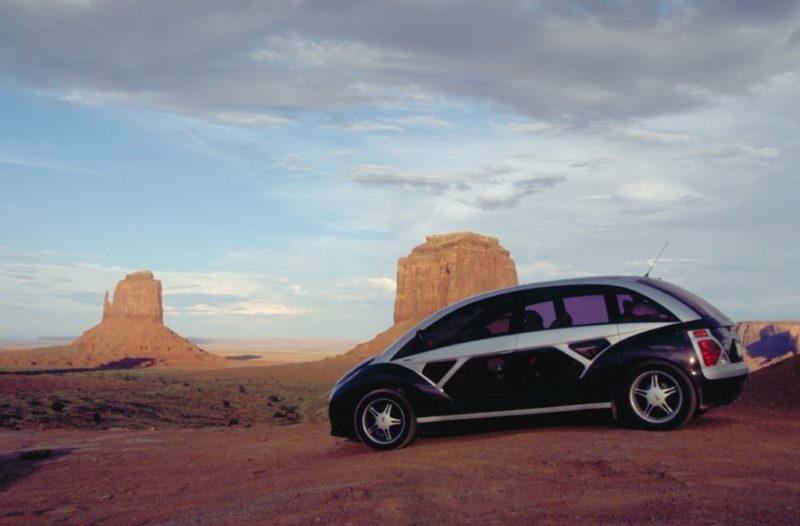 The Structura was designed with a view to the future and was the official car for Turin’s candidacy for the 2006 Winter Olympic Games. 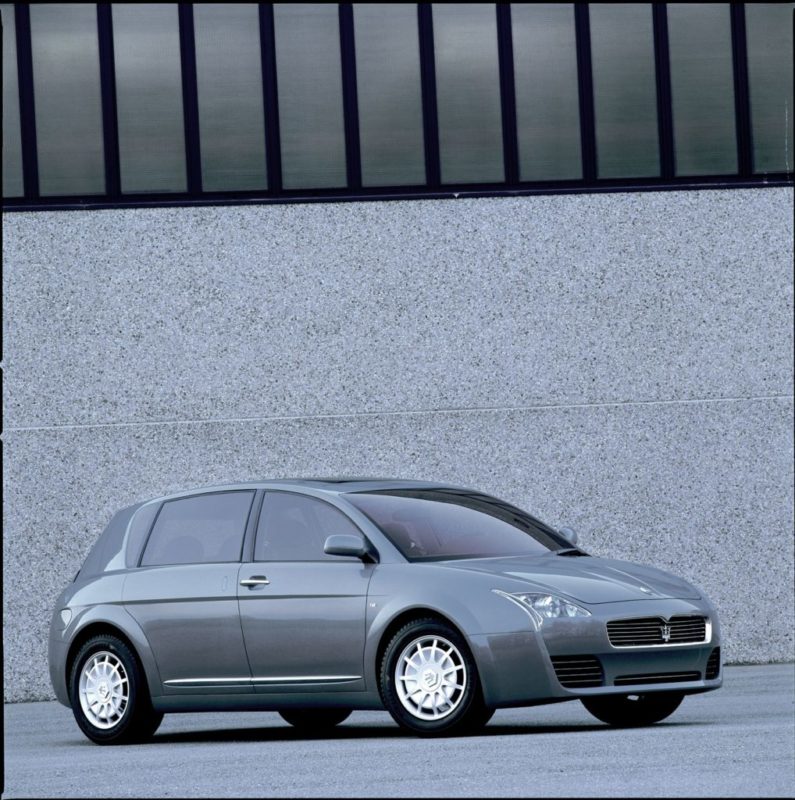 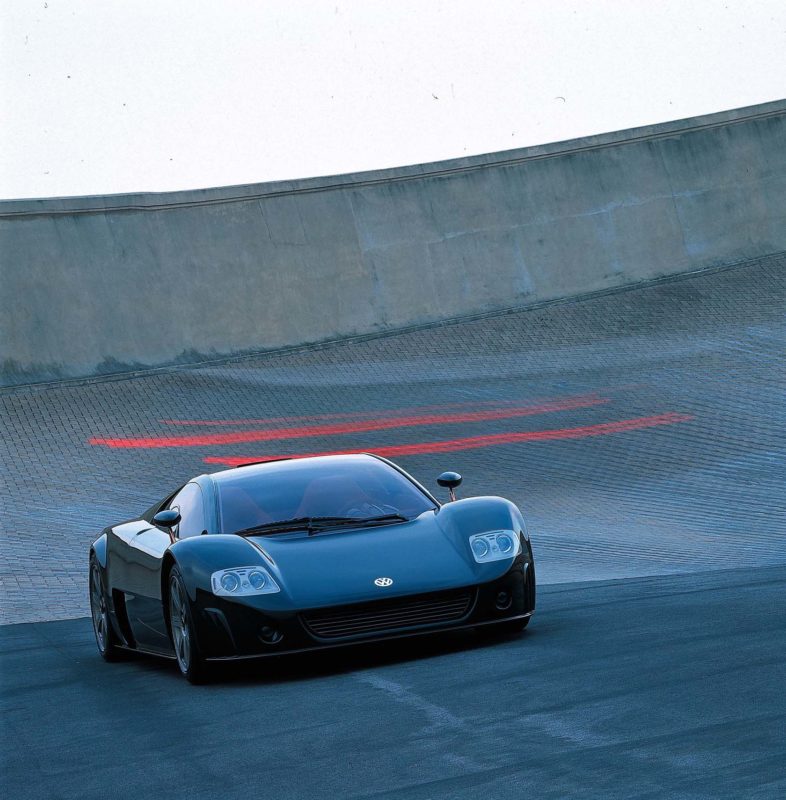 The 2001 Aston Martin was the first of its kind to offer an open top. As you can probably tell from its name, the car was designed for the year 2020, with its sleek aesthetic giving off ultra-futuristic vibes. 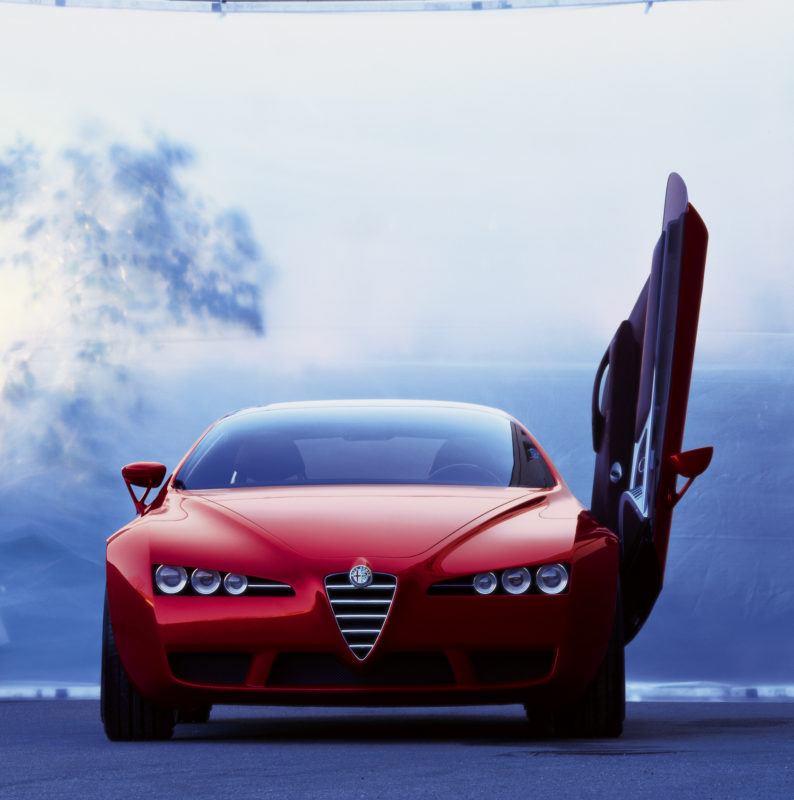 Brera took the 2004 Compasso d’Oro Award for its excellence in performance. Contemporary, elegant, refined, and essential — this car has it all. 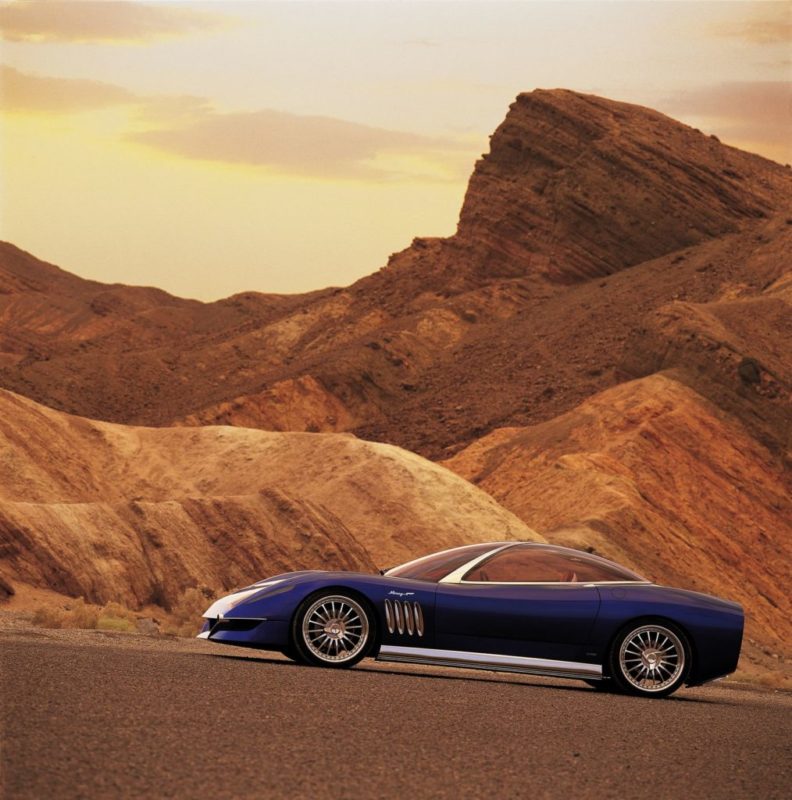 It goes without saying that this iconic American sport car pays attention to every detail. The Moray offers wave-like indents and long tapering headlights to keep you and your passengers intrigued. 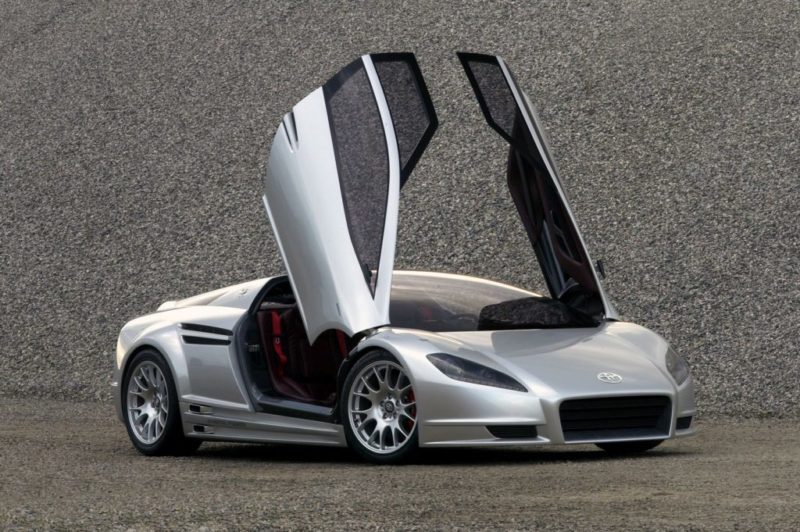 The production of the Volta was dedicated to Alessandro Volta, the Italian physicist who invented the battery. As a matter of fact, the car was invented to promote a new approach to building eco-friendly automobiles. 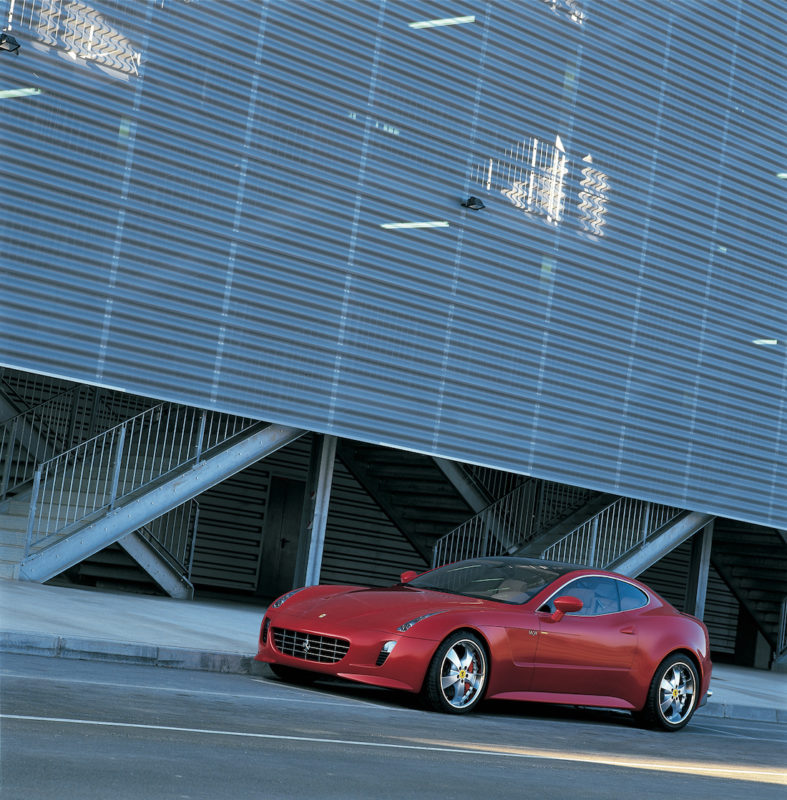 “To celebrate 50 years working in car design, I wanted to make a Ferrari for myself that I could use with my family”, says Giorgetto Giugiaro. GG50’s name comes from Giugiaro’s initials, boasting the number 50 to celebrate the length of his design career. 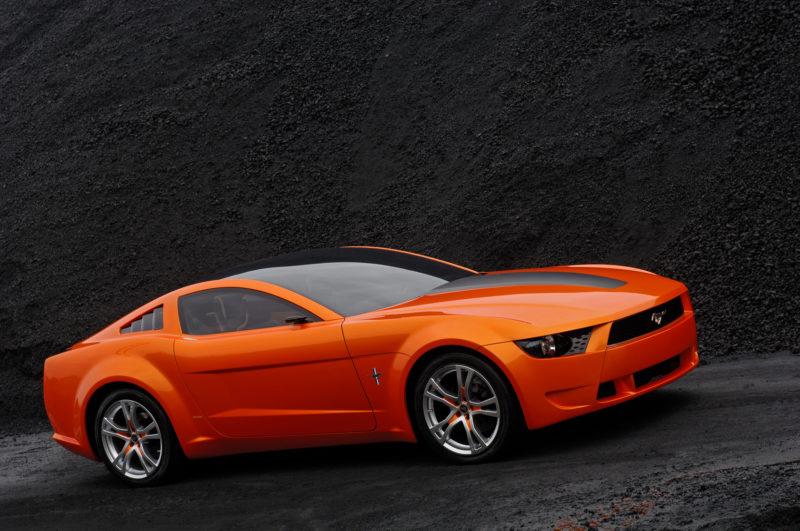 Modeled after a standard fifth-generation Ford Mustang, this upgraded model by Giugiaro changes the styling and design of both the car’s interior and exterior. 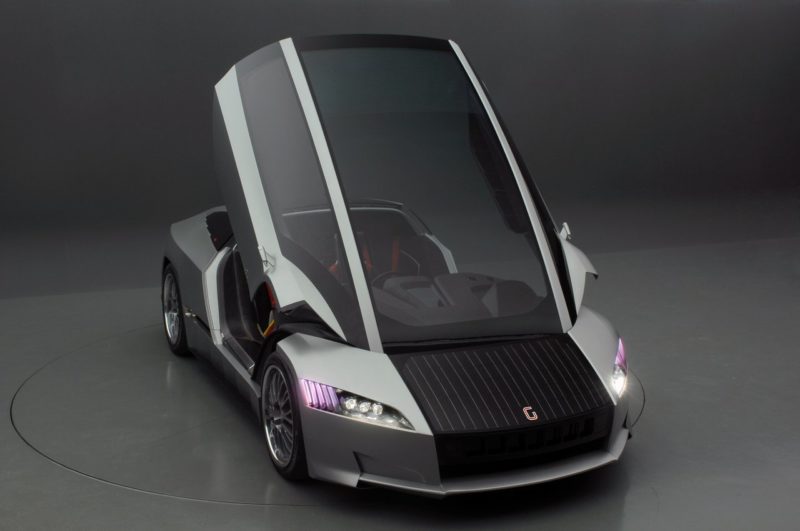 Quaranta takes on a single-volume shape and provides step-in access to its cabin. Instead of opening the door to exit, you just have to push an electric on/off button. After that, the doors should swing open upwards in a downwind direction. 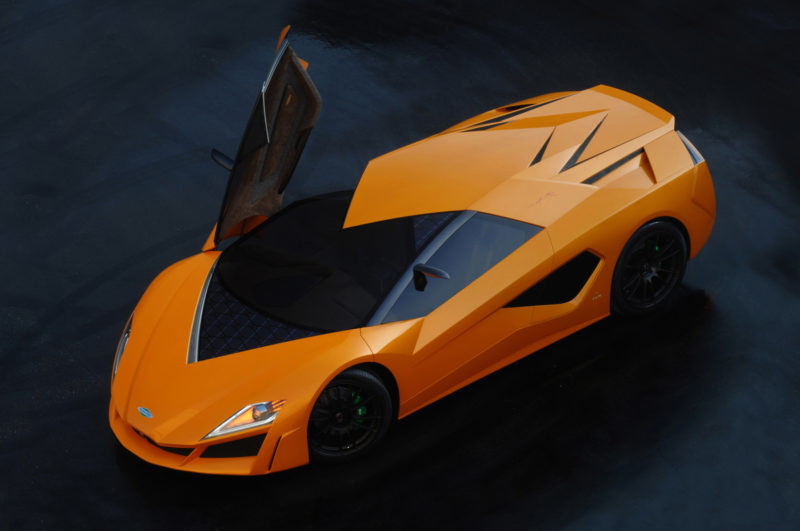 The Namir was unveiled during the 79th International Motor Show in Geneva, being billed as the fastest and most ecological hybrid in the world. This release was a major turning point for sports cars fueled by hybrid systems. 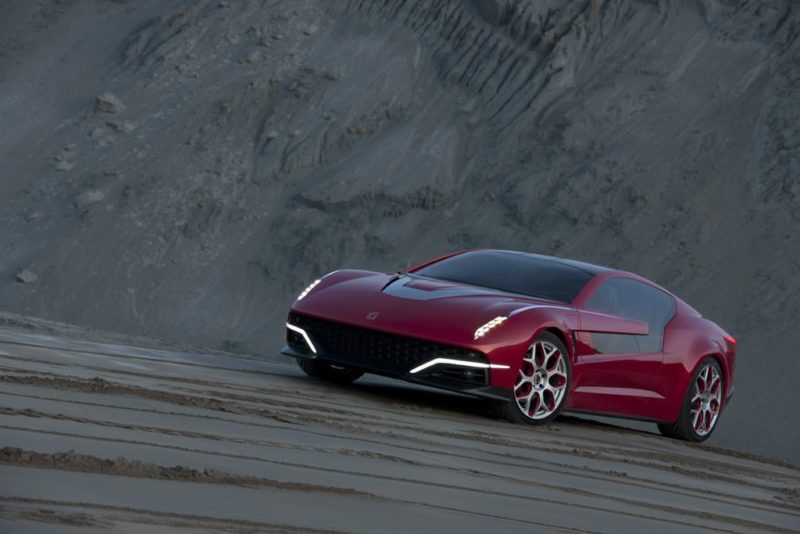 “This is a quest for a genuine four-seater,” Giugiaro says, “to offer comfort and visibility, especially for the rear passengers, which are usually sacrificed in this type of vehicle.” The fancy sports car allows optimal natural light to pour through and provides far more leg room than usual.

“Parkour was devised as a new way of living and experiencing a metropolitan route creatively,” explains Giugiaro. “Parkour enthusiasts, who are referred to as traceurs or plotters, adapt their body to the surrounding environment, pursuing, through their movements, not just spectacle but instead mainly maximum efficiency. The purpose of parkour is to move around as efficiently as possible. By efficiently I mean: simply, quickly, and safely, [all of] which are characteristic features of our car.” 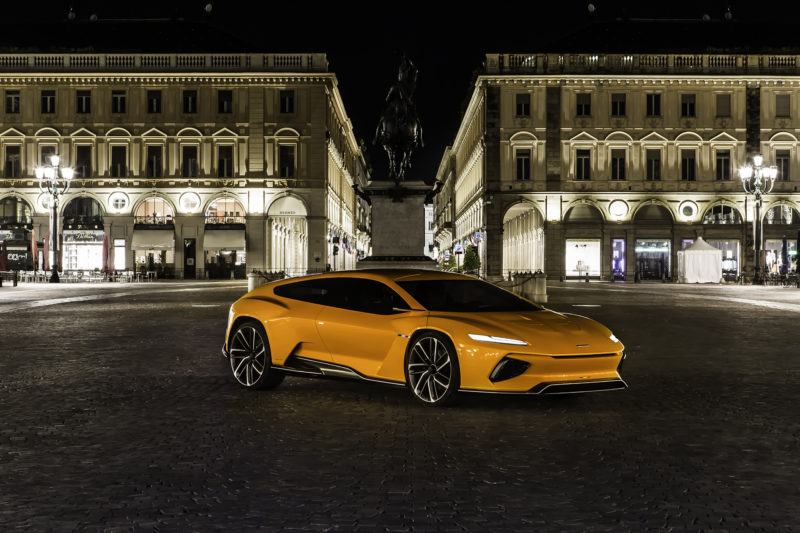 Keeping the environment’s future state in mind, the GTZero was built as a zero-emissions vehicle. Its clean design includes a comfortable passenger compartment, which can seat either two adults and two children or three adults and one child. 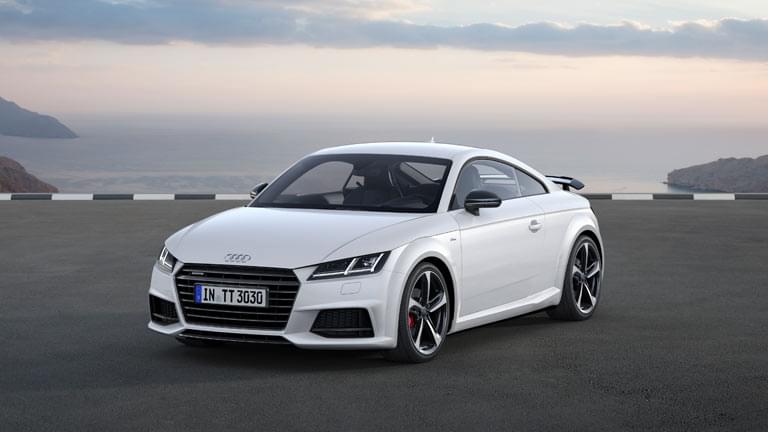 The Audi TT is a compact two-door sports car. Its sporty aesthetic is perfect for everyday travel. 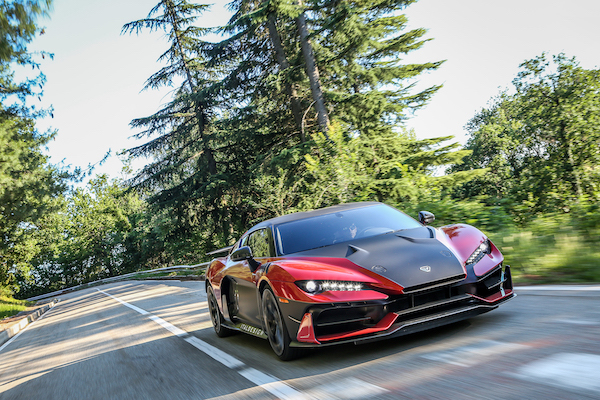 The Zerouno debuted at Geneva’s 87th International Motor Show in 2017 — the first car under the new brand Italdesign Automobili Speciali. The vehicle’s racecar features have been adapted to accommodate normal commuting conditions. 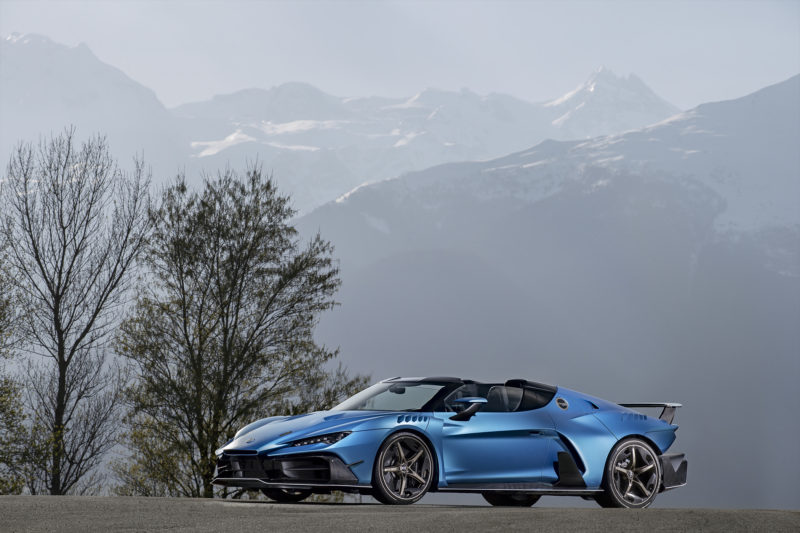 The Zerouno Duerta is phase two for Italdesign Automobili Speciali. Its carbon fiber body was chosen to promote lightness and aerodynamics as the core elements in the new design.