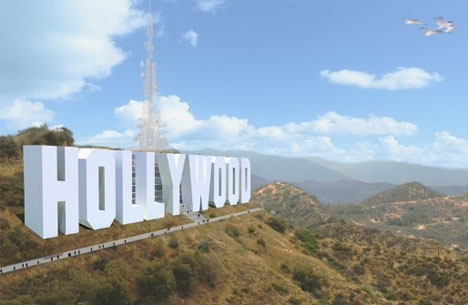 The Hollywood Sign is an icon of modern times – but perhaps one of the flimsiest of famous world landmarks, with a long and storied history (that might even make a good film) of being destroyed and rebuilt over time. One design idea proposes a way not only to preserve the character of this unique California movie monument, but to make it profitable (and inhabitable!) as well. 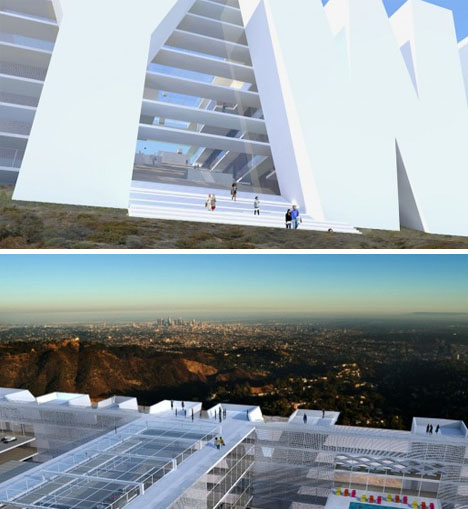 Bayarch is a Danish architectural design firm with an unusual idea for transforming the sign into a livable structure, converting each letter into a component of a larger construction project: a set of luxury condos and hotel rooms built into behind and spanning the whole word. Just think of the views from this incredible hillside vantage point for visitors who want to get close to the Hollywood stars (in the sky and on the ground) within a (literally) ‘behind the scenes’ perspective on the back end of the Hollywood Sign itself. 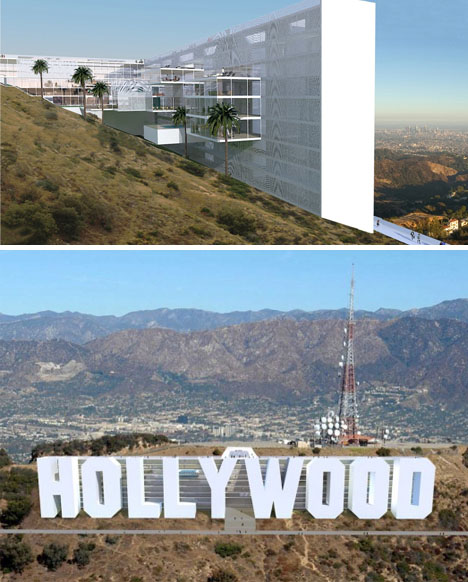 It sounds far fetched, but over the years the sign has been damaged many times – pranksters have rearranged letters, vandals have defaced them and (yes, this is true) drunks have even driven into and destroyed them. What better way to reinforce them structurally and make them able to pay for themselves than to let these letters spell out some profits for a daring designer and willing developer?