Ever have a dream so good you try to recycle it? It’s nearly impossible, but if happens to come in the form of a house visualized and built over 40 years ago, then there’s a good chance it can be recreated and upgraded to meet 21st-century standards. 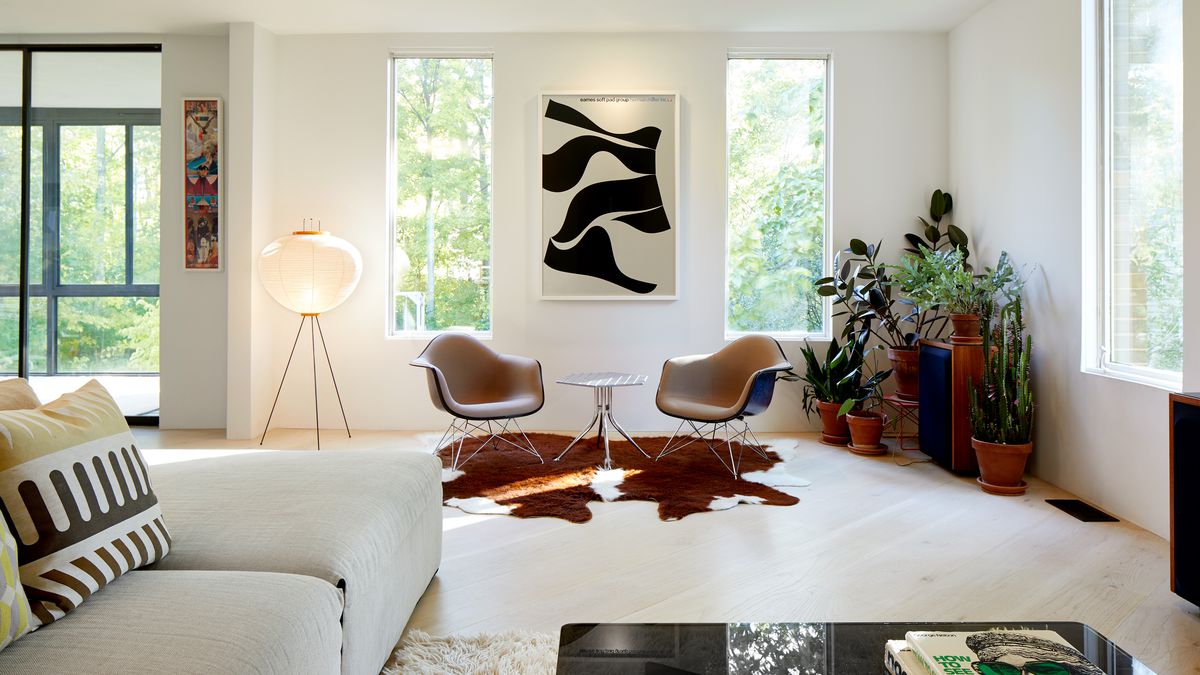 Sam Grawe, former brand director for enigmatic designer Herman Miller, was happy living with his wife and son in the San Francisco Bay area for 15 years. In fact, when the family began toying with the idea of moving to Michigan so Sam could be closer to Miller’s headquarters, the couple had just purchased an Eichler home in upscale Marin County.
Despite the sudden change in lifestyle, the Grawes managed to find the perfect home in Grand Rapids (about an hour away from Miller’s headquarters). Designed by local architect Richard Wright in the 1970s, Sam recalls being particularly smitten by the big bronze panels hanging on its front doors. Coupled with the rest of the home’s architecture, that bronze proved irresistible. “It just seemed like this totally bizarre, Brutalist, postmodern house,” he recalls. 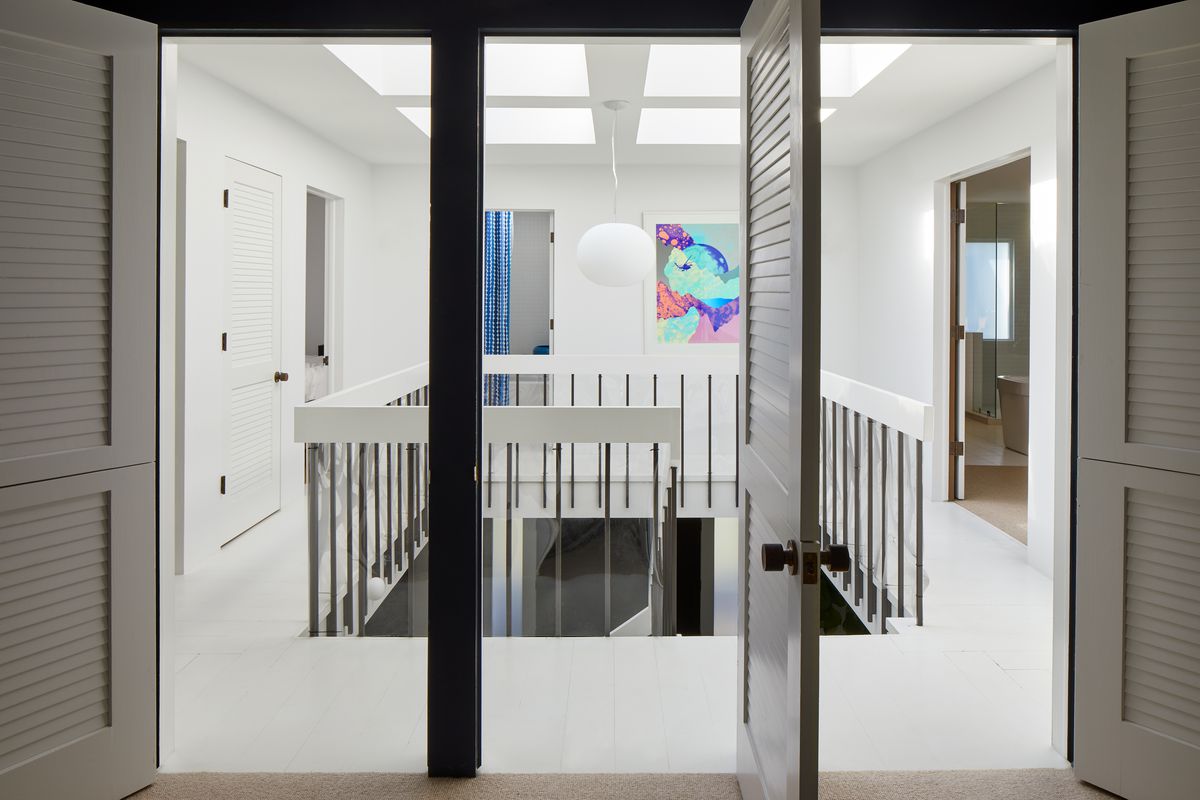 The Grawes immediately saw the potential hidden behind the home’s 70s trappings, which had obviously been built to the highest possible standards of the decade. An intercom system had been installed for communication between all rooms, the home’s walls were covered with upscale Evelyn Ackerman wood panels interspersed with elegant grasscloth, and chic teak parquet floors abounded. A particularly opulent Koi pond even graced the landing of the central stairway. 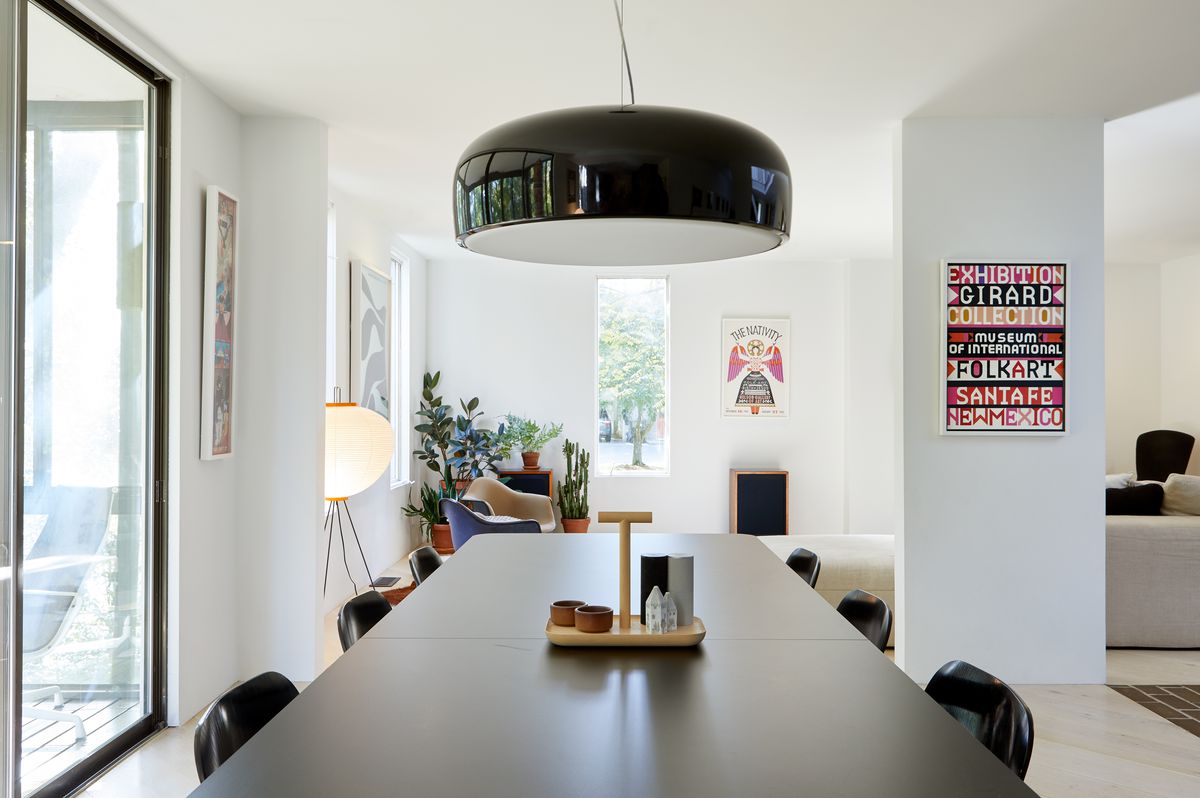 Not long after they moved in, Grawe started doing some rough sketches of his visions for the house in Adobe Illustrator and presented them to Becker & Sanders, a local contractor recommended to him by a fellow Herman Miller associate.
Eventually, every floor and wall in the home was resurfaced, otherwise altered, or removed entirely. The Grawes notably knocked out a wall in the dining room and got rid of a kitchen bar. Simultaneously, they also preserved several aspects from the original design, including the unique front doors (sans the brass panels) and their diminutive rosewood door handles, as well as the striking brown glazed bricks in the foyer. 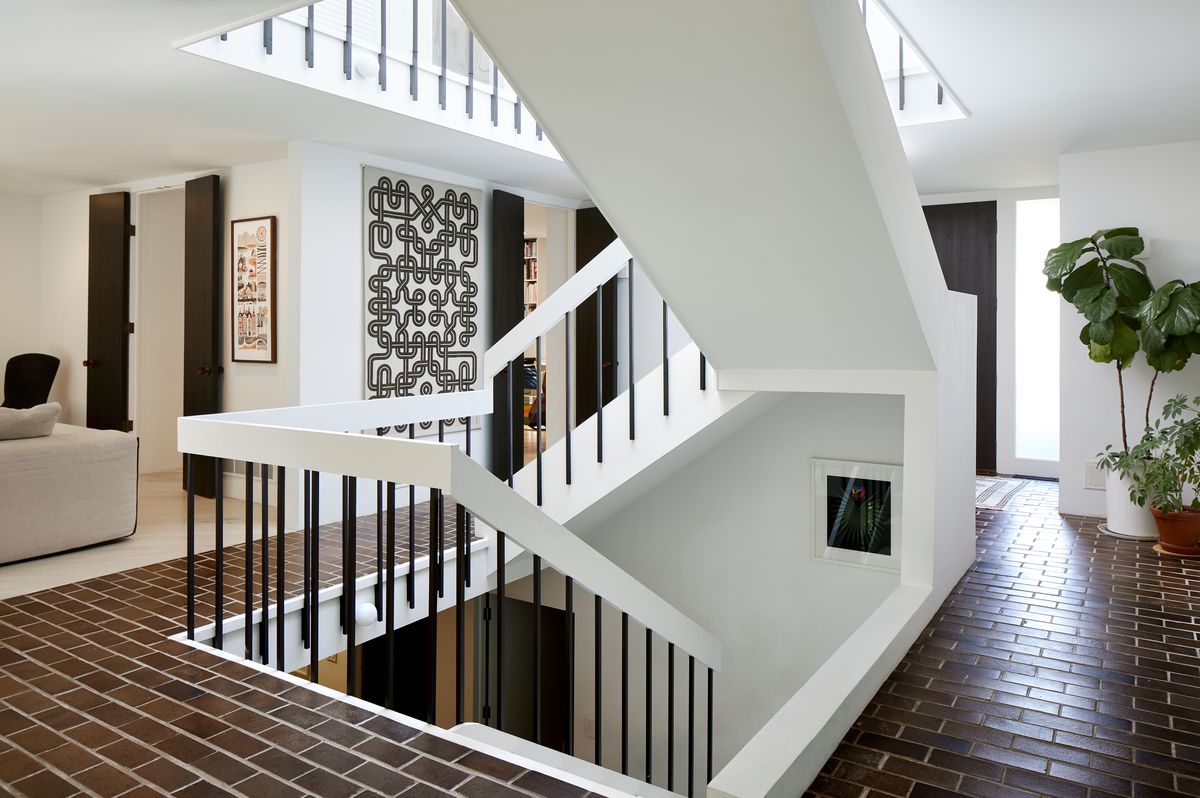 Since both Grawes are passionate about cooking, it’s no surprise that their kitchen was completely overhauled, with matching state-of-the-art appliances now filling the space and a charming nook displaying their cookbook collection on one end. The room’s rough walls (and the walls all throughout the home) were smoothed out to soft, silky finishes, and huge skylights were put in above the central staircase to flood the space with natural light. Original furniture pieces are mingled with new styles to strike an ideal balance. Sam was particularly delighted to find a classic George Nelson coffee table from the 1960s for the home — a piece he’d desired for a long time. 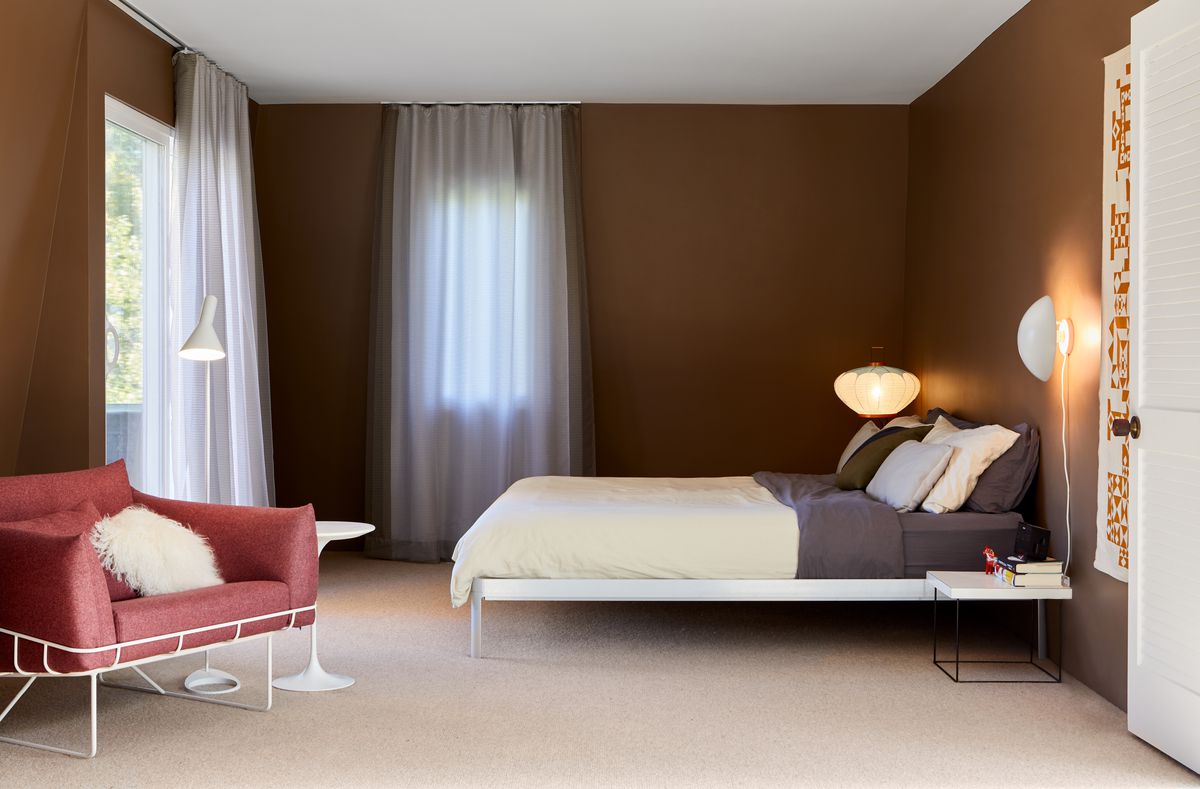 The Grawes did nothing to alter the house’s exterior, as they already felt that it was perfect, including the windows graced with Romanesque arch detailing. Although the family will soon be moving out of the dream house, they cherish the memories they have of watching their sons grow up in it and will never forget its magical ambiance. “Even when there’s snow covering the skylights, light in the house is always great, no matter [the] season,” Sam fondly reminisces.