Archeologists have recently uncovered a stunning fourth-century A.D. Roman mosaic in Rastan, Syria after the town was reclaimed from rebels a few years ago. The ongoing Syrian Civil War has taken a toll on many of the nation’s priceless artifacts and ancient sites, so this find is especially exciting to local history lovers. 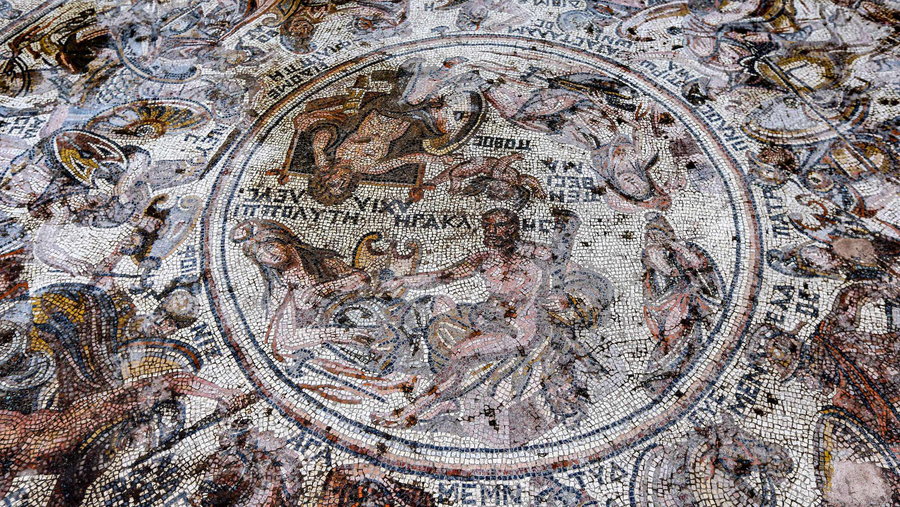 “It is not the oldest of its kind, but it’s the most complete and the rarest,” said Hammam Saad, Associate Director at Syria’s General Directorate of Antiquities and Museums in an interview with the Associated Press, adding: “We have no similar mosaic.” 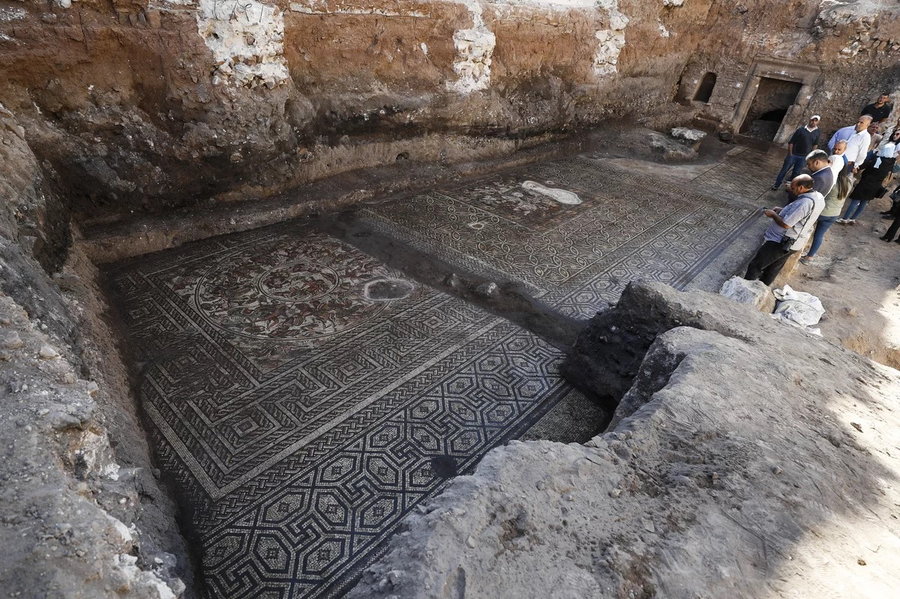 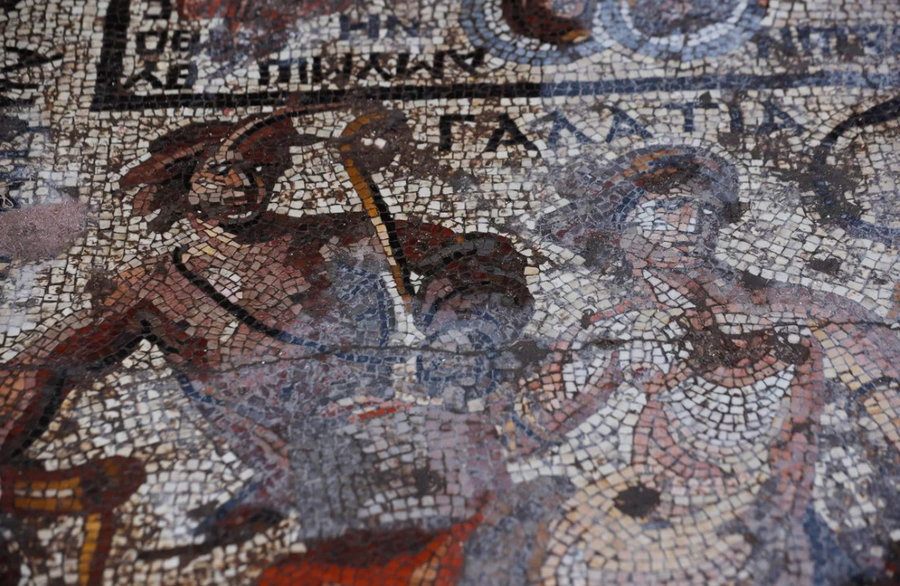 The artwork in question, made of half-inch square stone tiles, is remarkably well-preserved, having been hidden underneath the 1,600-year-old Roman building that stood above it until recently. The property was bought by businessmen with the Nabu Museum in Lebanon and donated to the Syrian government for excavation.

“There are other buildings, and it’s clear that the mosaic extends far wider,” Sulaf Fawakherji, Syrian actress and board member at the Nabu Museum, told the AP. “Rastan historically is an important city, and it could possibly be a very important heritage city for tourism.” 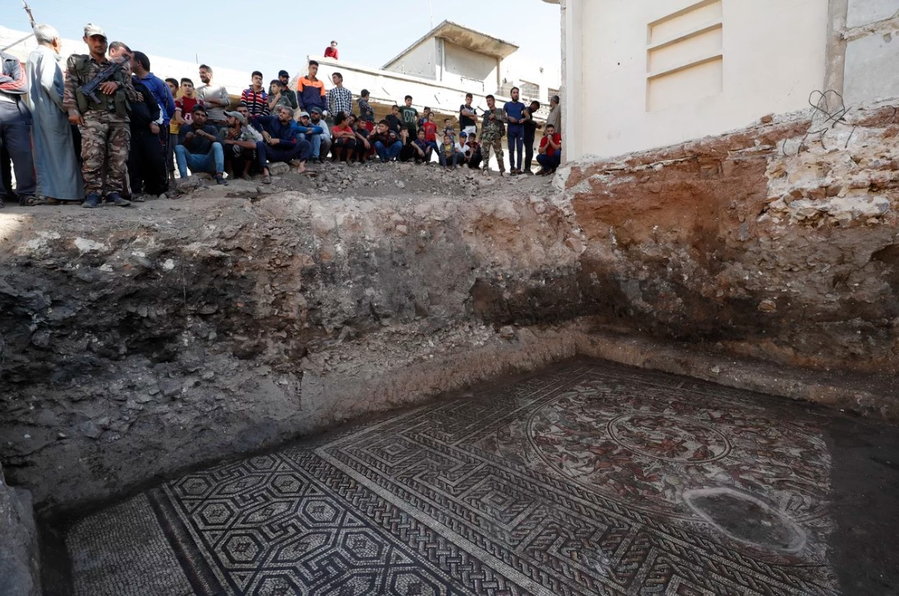 Having unearthed roughly 1,300 square feet so far, the grand floor covering depicts scenes from the Trojan War, featuring soldiers with swords and shields and the names of many Greek leaders who fought in the 1200 B.C. conflict. The Roman water god Neptune is also highlighted in one panel along with 40 of his mistresses. Another segment shows the Greek demi-god Hercules battling the queen of the Amazons and her ancient warriors in one of his 12 labors.

“What is in front of us is a discovery that is rare on a global scale,” says Saad. “We can’t identify the type of the building, whether it’s a public bathhouse or something else, because we have not finished excavating yet.” Syrian officials heralded the discovery of this mosaic as the most important archeological find since the civil war started 11 years ago. 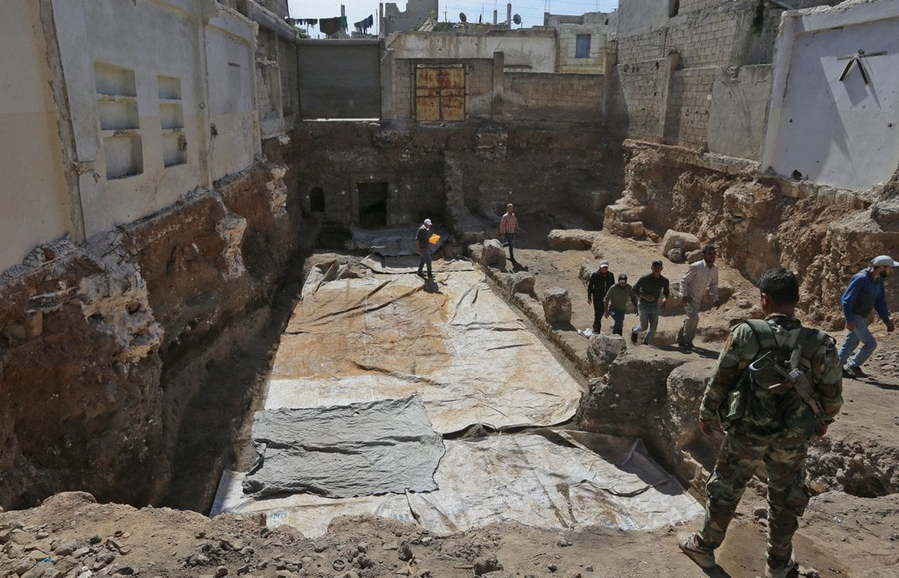 Rastan was one of the first Syrian cities to rise up in rebellion against the totalitarian government of Bashar al-Assad, experiencing a tumultuous seven years until the Syrian government regained control in 2018. The city has had a rich historical past as an important locale during Roman, Byzantine, and Ottoman rule. 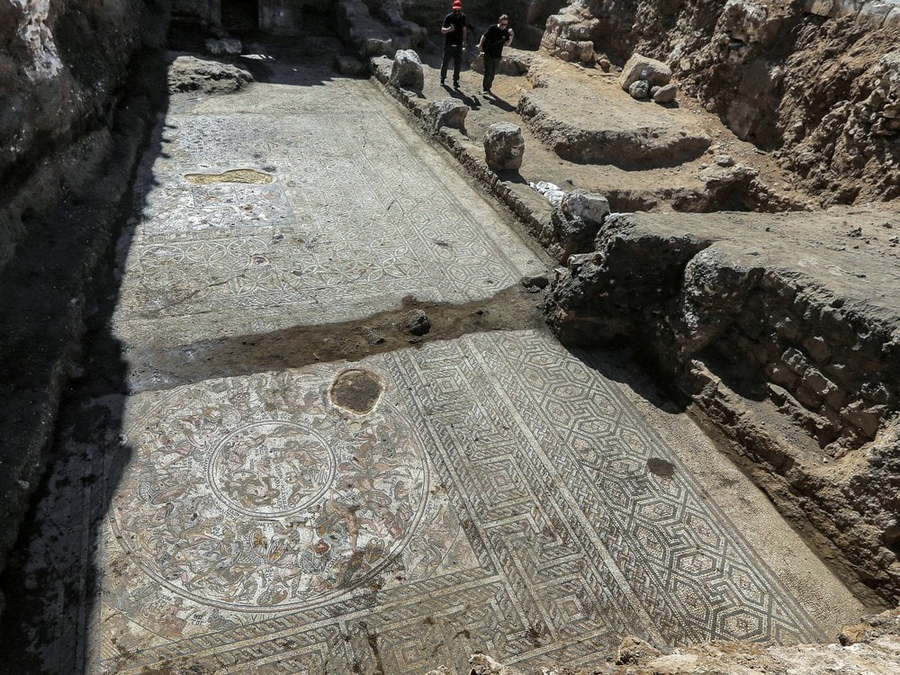 Many of the country’s national treasures were vandalized or destroyed during the civil war. All six of Syria’s UNESCO sites have been damaged in some way amidst the fighting. The worst artifact offense was in 2015, when the Islamic State took over the ancient city of Palmrya and destroyed the first century A.D. Temple of Bel with explosives, as well as the third-century Roman Arch of Triumph and the second century B.C. Temple of Baalshamin. Since the Syrian government has reclaimed the city, it has been working on plans to restore all three sites.

Even this latest mosaic was under threat of removal from rebel armies in the recent past. 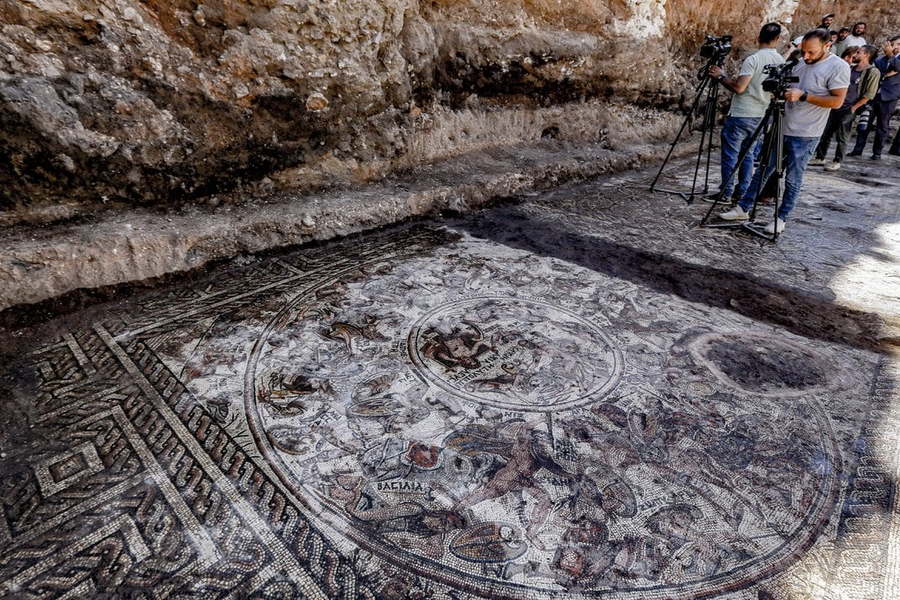 “Unfortunately, there were armed groups that tried to sell the mosaic at one point in 2017 and listed it on social media platforms,” Saad explains. Luckily, it’s once again protected by the government — even if that government is tyrannical and should not be allowed to continue ruling.